Some people who live with Lyme disease go without a proper medical diagnosis for months or even years. Many have lingering symptoms.

Lyme disease is an illness caused by bacteria transmitted to humans through the bites of certain species of ticks, including deer ticks, aka black-legged ticks, in the US (Ixodes scapularis or Ixodes pacificus). And while it’s been underdiagnosed or even misunderstood by the medical community, experts are warning the insects that cause it are a growing problem throughout the US.

Traditionally, Lyme disease thought of as a problem in the wooded Northeastern region of the US. Last year, however, reports started showing that Lyme disease is a growing problem in most parts of the country, including California and even urban areas.

Dr. James Marvel, an emergency medicine doctor at Stanford Health Care and wilderness medicine expert, has researched the contributing factors to the spread of Lyme disease in the US. In a July CNET interview, he said that data over the last few decades shows that Lyme disease has “blossomed” in a number of US states and counties, particularly in the Northeast.

“There’s some suspicion that climate variables are contributing to it, especially in the context of global warming,” so the environment may be more favorable for ticks, Marvel said. However, ticks have a two-year life cycle, he said, which makes it difficult to track.

“It’s not as simple as saying, ‘One hot day means there’s going to be more ticks,'” he explained.

Other factors, like people expanding construction into wooded, tick-filled environments, may also be contributing to an increase in incidents of Lyme disease, Marvel said. Dr. Andres Bran, an infectious disease specialist at the University of Missouri Health Care, said in a 2021 CNET interview that the pandemic may have led more people outdoors and caused them to engage in activities that would expose them to tick bites, such as hiking.

“You’re seeing a shift toward going out in order to be socially distant,” Bran said.

If caught early enough, Lyme disease can be treated, but failing to receive a proper diagnosis and treatment on time can lead to lasting illness. There are support groups and online forums filled with people who live with Lyme disease, and an International Lyme and Associated Diseases Society dedicated to improving the medical and scientific communities’ understanding of Lyme disease — including treatments for those who continue to suffer.

Here’s what to know about Lyme disease, and how to protect yourself.

Being outdoors increases your risk of coming into contact with all aspects of nature, including ticks. But if you live in a wooded area or are out in nature a lot, and especially if you live in a state where Lyme disease is more common, it’s important to protect yourself against tick bites.

While Lyme disease can affect anyone at any age, it might be more common in children age 5 to 14 and adults age 45 to 64, according to ILADS.

“Ticks don’t fly or jump like fleas or anything,” Marvel says. “The only way they can get onto a human is through direct contact.” They do this by waiting at the edge of a blade of grass, tall reed or something similar, he says, and then latch on when something brushes against them.

Tick exposure can happen at any time, but ticks are most active in the spring and summer, or April to September, according to the Centers for Disease Control and Prevention. To check yourself for ticks at the end of a day spent outdoors, the CDC recommends paying close attention to these places on your body: under your arms, your ears, your belly button, between your legs, your hair, your waist and the back of your knees. You should also inspect your pets and gear, as ticks can make it into your home by climbing onto a pet, backpack or clothing, the CDC says.

To stay out of reach of ticks, avoid areas with high grass or brush, stick to the center of trails and wear clothing that covers your skin as much as possible. You can also treat your clothes with permethrin, an insecticide, or use insect repellent. Bran says to apply the repellent every 4 to 6 hours, and find one that has a 30 to 35% concentration of DEET. The sprays with a lower concentration of DEET work, he says, but not as well. Bran also advises against blends of sunscreen and insect repellent because they aren’t as effective.

“You should apply your sunscreen before the repellent, and then use whatever product you have available as a repellent,” he says.

Read more: Tick Season Is Back, and That’s Bad News for Your Pets. What to Do

What to do if you find a tick

Depending on the area, anywhere from less than 1% to more than 50% of ticks carry Lyme disease, according to Johns Hopkins Medicine. If you find a tick on your body, you should remove it. ILADS recommends contacting your doctor immediately if you’ve been bitten by a black-legged tick, before symptoms of Lyme disease appear (more on that below).

According to Bran, Lyme infection may be prevented if the tick bite happened within 72 hours of you starting treatment.

Marvel says the best way to remove a tick is to use tweezers and “grasp the tick” as close to the base as possible, which is close to the tick’s head, then firmly “pull outward with gentle traction.” (Expect your skin to make a “tent.”)

ILADS recommends saving the tick in a container with a lid or a ziplock bag. This allows you to send it in for testing or to get confirmation by your doctor.

How long does an infected tick need to be attached to pass on Lyme disease? Expert advice varies (CDC says 36 to 48 hours is typically needed for infection, while ILADS says some cases may develop in under 24 hours.)

But the sooner you spot and remove the tick, the better.

If left untreated, Lyme disease can cause neurological problems such as memory loss, musculoskeletal and peripheral nerve pain.

Many patients — as many as 80%, per the CDC — will develop a rash about three to 30 days after an infected tick bite. The erythema migrans rash associated with Lyme disease is popularly described as a bull’s-eye, with a red infected circle that clears as it spreads, though less than 20% of Lyme rashes actually look like a bull’s-eye, according to ILADS. Photos of rashes in other shapes and forms can also be found on the CDC’s Lyme disease rashes page.

It’s important to note that a different bacteria carried by black-legged ticks causes an illness that’s similar to Lyme disease, but it does not cause a rash in most cases.

If you do have that telltale rash, that’s considered a “home run” diagnosis, Bran said, and a dose of the antibiotic Doxycycline is used to treat the disease. “If you have the rash, you don’t need any expensive testing,” Bran added. “You need Doxycycline.”

Tests may be needed to determine whether or not someone has Lyme disease, including a blood test that detects antibodies for it. The problem with that, Marvel said, is that antibodies can take a while to show up in a blood test — which also may contribute to underreported cases of Lyme disease.

“Lyme disease as a whole is a tricky diagnosis,” Marvel said. “I think it gets trickier the further you get out from the original tick bite or potential exposure.”

There’s no vaccine for Lyme disease currently available. According to the CDC, the Lyme disease vaccine once on the market for a few years was discontinued by its maker because of “insufficient consumer demand.”

Some vaccines for Lyme disease, including one from Yale researchers that deploys mRNA technology, are being considered.

Biotech companies Valneva and Pfizer announced positive results from clinical trials on their vaccine in February.

How to pack a survival kit

Many cases of Lyme disease can be cured with a course of antibiotics. Some people, however, may develop lasting symptoms after a Lyme infection, including pain, fatigue, difficulty thinking, mental health issues and other symptoms that interfere with daily life. The CDC refers to illness that lasts longer than six months after treatment as Post-Treatment Lyme Disease Syndrome. The agency says some experts believe the bacteria that causes Lyme disease can trigger an autoimmune response, resulting in symptoms that “last well after the infection itself is gone.” There is also some research that suggests the bacteria that causes Lyme disease could stay alive in the body after initial treatment.

According to the National Institute of Allergy and Infectious Diseases, some patients have similar symptoms to PTLDS, but no record of a Lyme infection; sometimes this is referred to as Chronic Lyme Disease. However, the NIH says, “the lack of a clearly defined clinical definition” of CLD has led many experts in the field to avoid using that name altogether. But this doesn’t mean the experiences of people living with symptoms after Lyme disease aren’t real — in one study from 2013, 36% of patients diagnosed with Lyme at an early stage developed PTLDS symptoms.

If you think you have Lyme disease but haven’t been diagnosed, ILADS offers a provider search of experts who treat the disease.

Moderna boosters are coming. Algi Febri Sugita/SOPA Images/LightRocket via Getty Images For the most up-to-date news and information about the coronavirus pandemic, […] 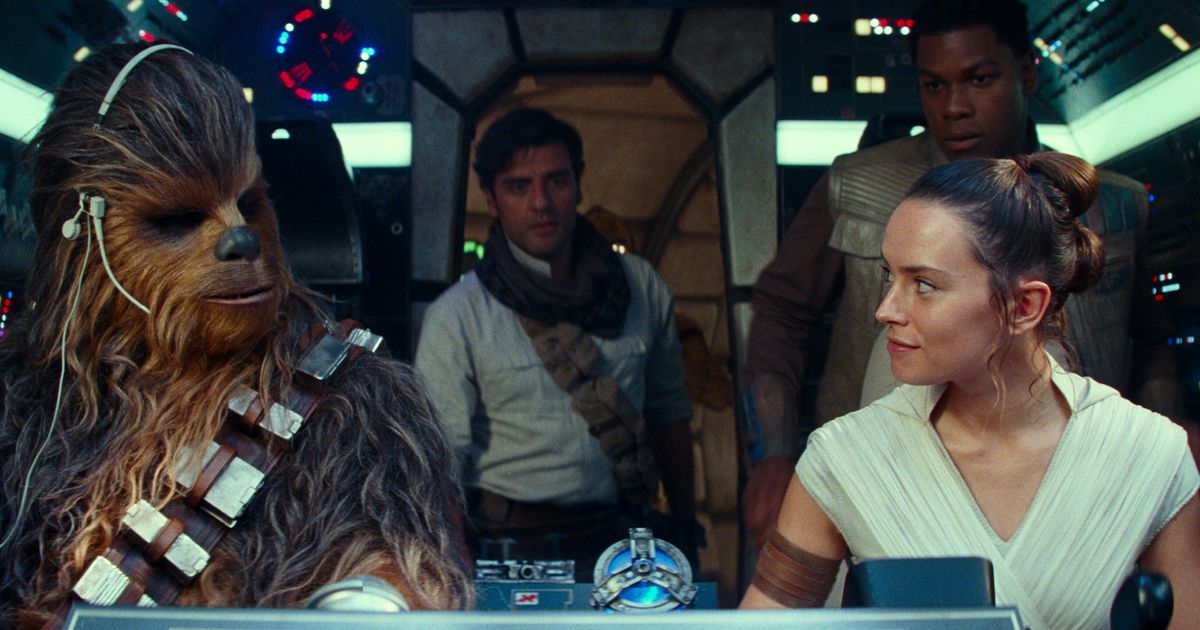 Let’s watch Star Wars! Walt Disney Pictures As the holidays draw closer and we continue to spend lots of time at home […] 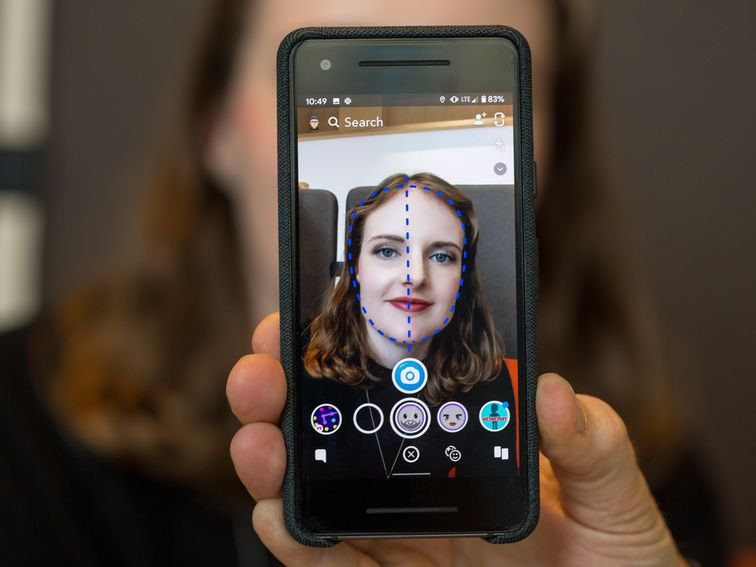 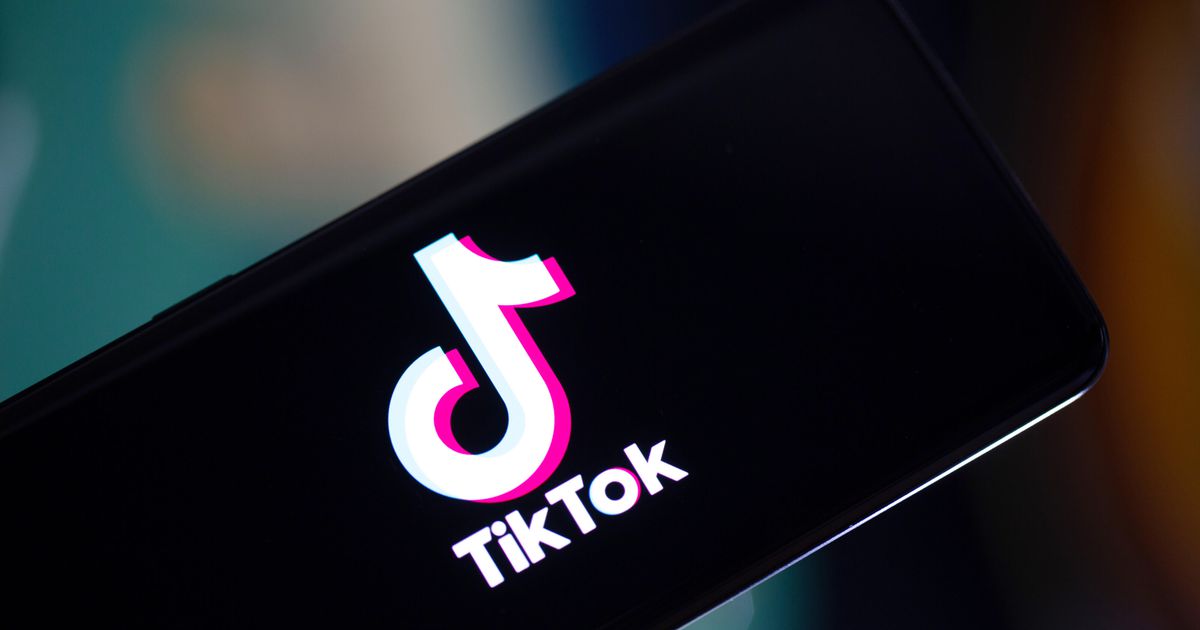