More than 100 years after it was crushed by ice and sank in the Weddell Sea, the Endurance, the famed ship of Antarctic explorer Ernest Shackleton, was discovered last week in near pristine condition. Searching with an underwater robot for 2 weeks amid sea ice east of the Antarctic Peninsula, the Endurance22 team, funded by an anonymous donor, finally spotted the 44-meter ship sitting upright on the 3000-meter-deep sea floor. It was found only 6 kilometers from its last known location. A crew of anemones, sea squirts, and sponges has taken charge of the ship. In the frigid depths, microbes spared the ship’s wood; broken masts and the helm wheel were preserved. The team will not touch the ship, which is protected by the Antarctic Treaty, but will scan its remains. Despite Shackleton’s failure to land on Antarctica, let alone cross it, he has remained a revered figure in polar exploration for his leadership in saving his entire crew following the destruction of his ship in 1915.

China’s “zero COVID” policy is facing its stiffest challenge after a rapid rise in cases caused by the Omicron variant that has forced authorities to take draconian control measures. Domestically acquired COVID-19 infections jumped from 175 on 7 March to 3507 on 14 March. Asymptomatic infections, which China tracks separately, surged as well. The government has put 37 million people in the southern city of Shenzhen and the northeastern province of Jilin under lockdown orders, with many elsewhere facing travel and other restrictions. Public health experts worry the increases might overwhelm the country’s heath system, as it already has in Hong Kong. South Korea and Vietnam, which managed to keep cases very low during the first 2 years of the pandemic, have also seen explosions due to Omicron, with South Korea now reporting more than 300,000 cases daily and Vietnam more than 200,000. Many European countries that recently relaxed or abandoned control measures are recording COVID-19 rebounds as well, with double-digit percentage increases in infections over the past 2 weeks.

David Bennett, who in January became first person to receive a heart transplant from a genetically engineered pig, died on 8 March, physicians from the University of Maryland School of Medicine announced last week. Bennett, who had advanced heart failure and was ineligible for a human heart transplant, received a heart from a pig created by the biotech company Revivicor. The organ had been genetically engineered to reduce rejection by the human immune system and keep the heart from outgrowing a person’s chest. No cause of death was immediately released, but the Maryland team that performed the transplant said in a statement that the organ “performed very well for several weeks without any signs of rejection.”

COVID-19 took more than 18 million lives by the end of 2021, roughly three times as many as the officially reported toll, according to a controversial new estimate. Several earlier studies indicated that tallies by the World Health Organization (WHO) vastly underestimate deaths, but the new one, published in The Lancet last week, is the first peer-reviewed examination of the period through December 2021. Researchers from the Institute for Health Metrics and Evaluation (IHME) analyzed figures from 74 countries and territories to estimate excess mortality—deaths exceeding those expected from other causes. India’s official numbers omit 3.5 million COVID-19 deaths, the largest gap between reported and estimated ones. But Egypt and several other countries in Africa with smaller populations have bigger ratios of estimated to reported deaths. The IHME analysis has been criticized for overestimating excess COVID-19 deaths, particularly in some higher-income countries. WHO plans to release its own revised estimates in the next few weeks.

Administrators of arXiv, a preprint server used by many physicists, recently removed or refused to post several papers from opposing sides of a debate over claims of room temperature superconductivity, saying their manuscripts include inflammatory content and unprofessional language. Last month, arXiv also banned one of the authors, Jorge Hirsch, a theoretical physicist at the University of California, San Diego, from posting papers for 6 months. He calls the ban “very unfair”; some other physicists accused arXiv of squelching science. But the server’s administrators argue the decision wasn’t about the merits of the research. Volunteer moderators reject only about 1% of arXiv’s estimated 15,000 monthly submissions. Launched in 1989, arXiv has ballooned to host more than 2 million preprints and has become a vital communication hub for physicists and other scientists to discuss new findings before they are submitted to peer-reviewed journals.

Record rainfall on Australia’s east coast last week destroyed dozens of research projects in greenhouses at the University of Queensland (UQ)—a fresh reminder of the risks posed by climate change to the country’s academic facilities. Some areas received nearly 1 meter of rain in a week, prompting the country to declare its first national state of emergency. UQ’s greenhouses (above) also flooded in 2011; they were rebuilt at the same site because administrators believed the flood was a once-in-a-century event, UQ plant biotechnologist Ian Godwin says. This time, university administrators have indicated the greenhouses will be moved to higher ground or built on stilts. In December 2019 and January 2020, universities in Sydney and Canberra canceled classes after buildings were inundated with bushfire smoke.

The controversial chief epidemiologist at Sweden’s Public Health Agency has stepped down to become a consultant for the World Health Organization (WHO), focused on pandemic vaccinations. Anders Tegnell, the unflappable voice of Sweden’s mostly laissez-faire approach to COVID-19, has many fans inside and outside the country—including a few who had his face tattooed on their arm or leg. But the response he led was criticized by two official commissions in Sweden, particularly because of the country’s high death toll early in the pandemic. On 9 March, the health agency announced that Tegnell would leave to join a committee that will help coordinate vaccination efforts by WHO, UNICEF, and Gavi, the Vaccine Alliance, a public-private partnership that supports inoculations in low-income countries.

The vice chancellor for research at the University of North Carolina, Chapel Hill, resigned that position last week after a federal regulator found he included plagiarized material in a grant application for cancer research. Terry Magnuson had held the post, which oversees investigations of research misconduct on the campus, since 2016. The plagiarized material involved descriptions of methodology and other content from online corporate guides and a published paper. In a statement to colleagues, Magnuson explained that the “mistake” resulted because he placed the text in the proposal as a placeholder and, distracted by his administrative duties, failed to revise or credit it. “I hope this experience serves as teachable moment for us all,” he wrote. He will remain a professor of genetics, and his work funded by the U.S. Public Health Service will be subject to supervision until January 2024.

In another sign of global warming’s effect, the Arctic has lost one-third of its winter sea ice volume in the past 20 years, including a large amount of the thick, “multiyear” ice that survives summer melting, a study has found. Although the declining extent of sea ice is easily observed, measuring its thickness is more difficult and requires probing from space by lasers or radar. The new work combined a 3-year record of ice thickness from NASA’s ICESat-2 satellite with older satellite measures; the decline in volume was driven especially by a replacement of multiyear ice by seasonal ice, which forms in winter and melts the following summer, researchers reported last week in Geophysical Research Letters. Climate change is warming the Arctic four times faster than the rest of the world, and most climate scientists expect the region to be free of summer ice by 2050, if not sooner.

To help protect his homeland’s biodiversity and aid its agriculture, Nigerian biochemist ThankGod Echezona Ebenezer and colleagues in 2021 founded the Africa BioGenome Project (AfricaBP). Its broader goal: sequence every plant, animal, and other eukaryote native to the continent, estimated at more than 100,000 species. The effort now includes 109 African scientists and 22 African organizations, representing all five regions in the African Union. In a commentary this week in Nature, Ebenezer calls on donors and governments, in Africa and beyond, to commit $1 billion over the next decade to AfricaBP. (A longer version of the interview is at https://scim.ag/AfricaBP.)

Q: Why do this project?

A: When I started my Ph.D., I searched databases for bioinformatics and genomes of plants and animals in Africa—not much was there. I was interested in how fishes adapt to environmental conditions through the help of parasites. I came across Bostrychus africanus, a fish mainly found in West Africa that is host to a nematode parasite, Raphidascaroides africanus. I checked sequence databases, and limited information existed. It became apparent to me that African species are neglected by the global genomic community.

A: We aim to ensure that at least 80% or more of the sequencing happens on the continent by African scientists through our program. Even if they are going to be supported by scientists from the global north, they should play a leading role because it is only by doing so that they will be able to do it on their own in the future. … For the Human Genome Project, there was no Africa involvement—what this meant is the continent lost out.

Q: What are some of the challenges?

A: At the moment, few African institutions have positions for bioinformatics and genomicists. Where they do, they are not permanent. … [But] I see the future as bright. I have had so much interest from students from the continent. There is a huge buy-in from early career scientists to established scientists and governments officials.

The world’s largest repository for seeds and tissues of beans, cassava, and tropical forage grasses has a new home. This week, the International Center for Tropical Agriculture and Bioversity International dedicated a $17 million facility, Future Seeds, in Palmira, Colombia, with a new genomics lab and 30% more storage than its predecessor there. The collection currently contains nearly 67,000 specimens. Plant breeders in many countries have used them to create better performing and climate resistant crops. 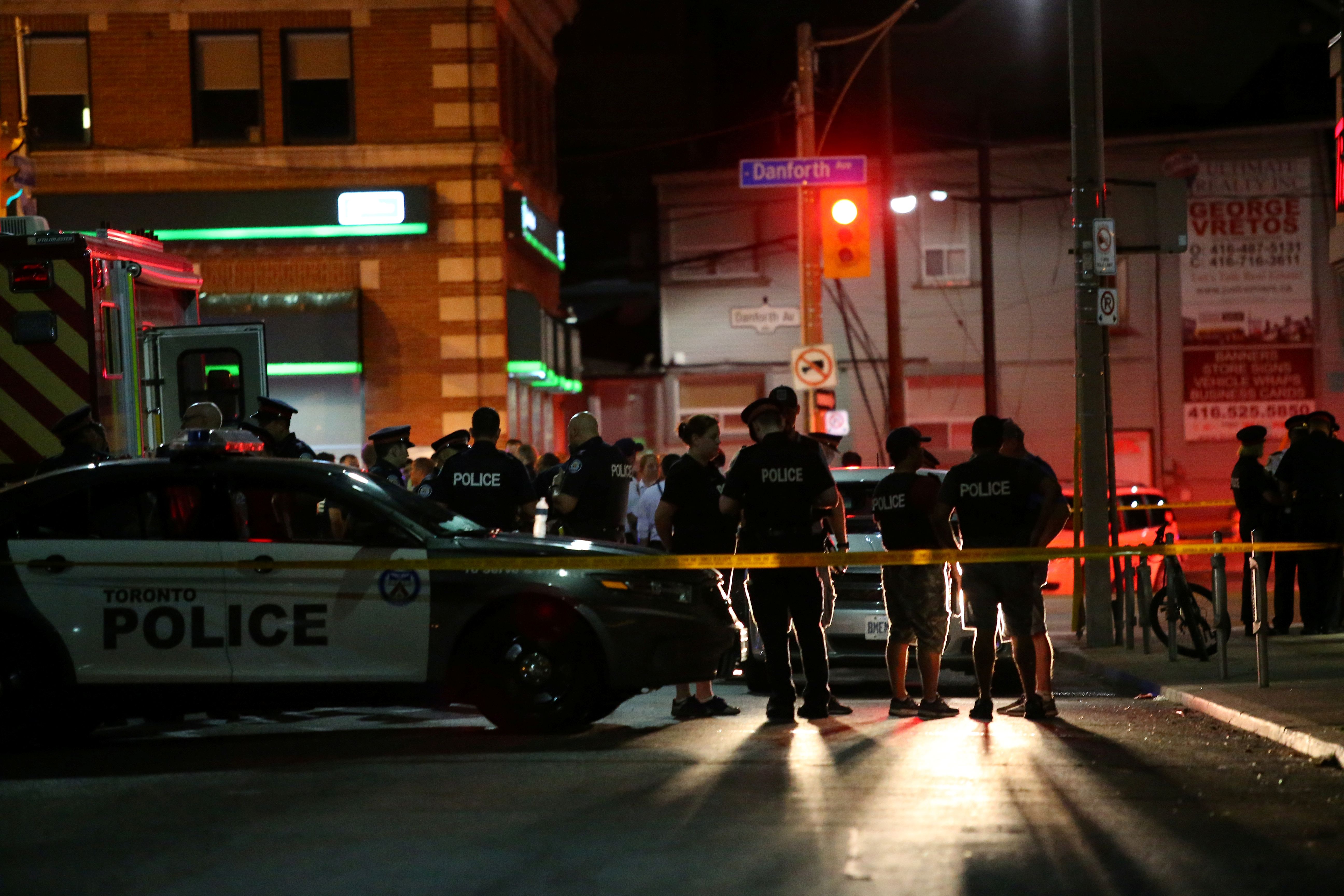 TORONTO — A man walked along a Toronto street firing a handgun into restaurants and cafes, shooting 14 people and killing two […] 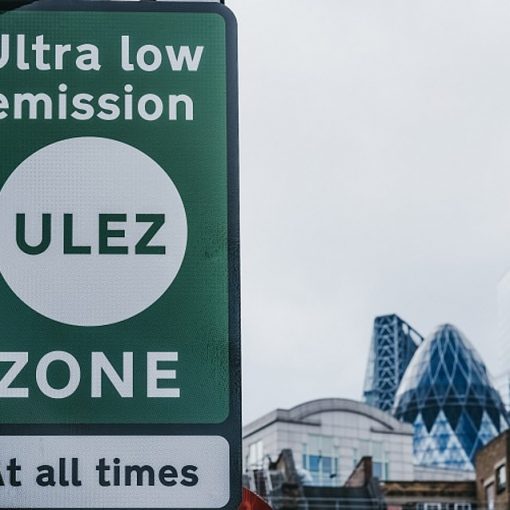 London’s controversial Ultra Low Emissions Zone barely had any impact on improving the capital’s dirty air in the month after it launched, […] 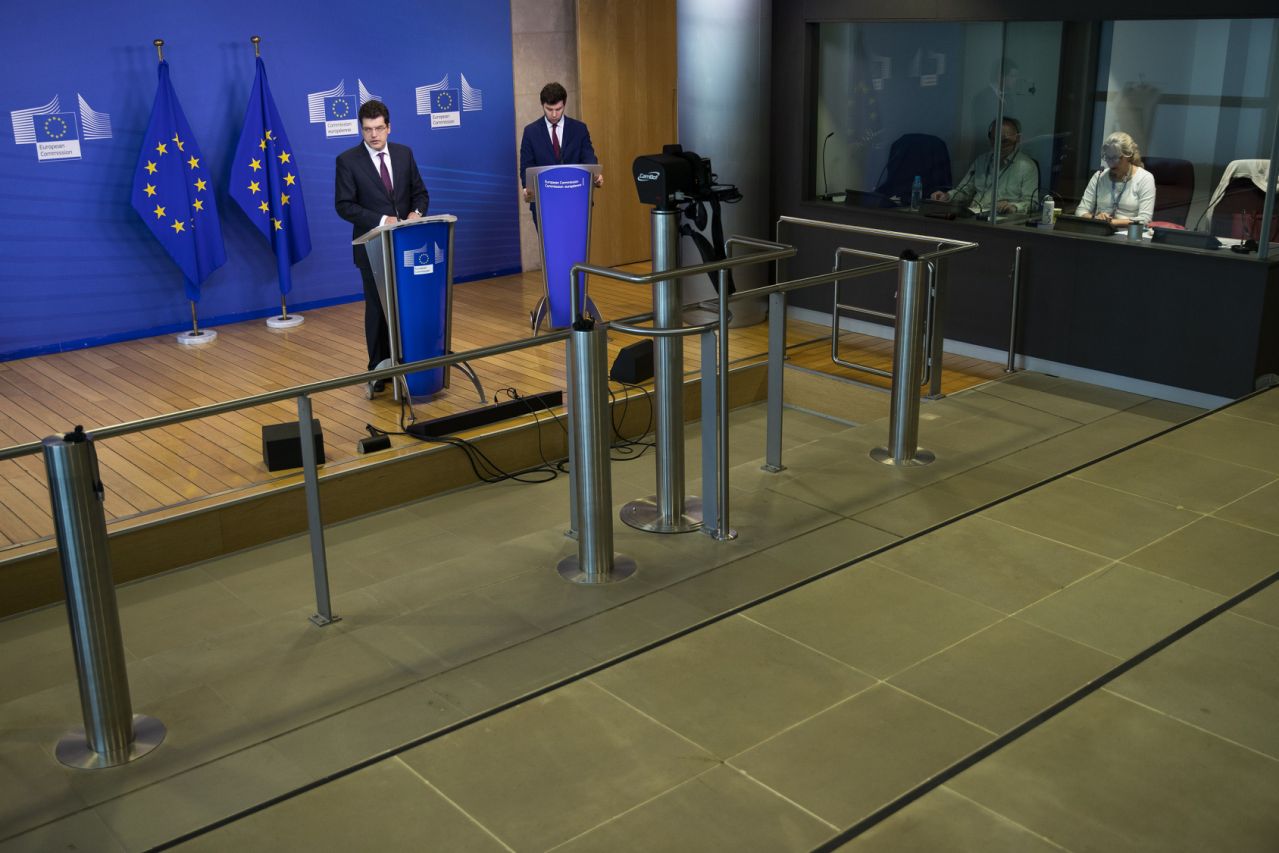 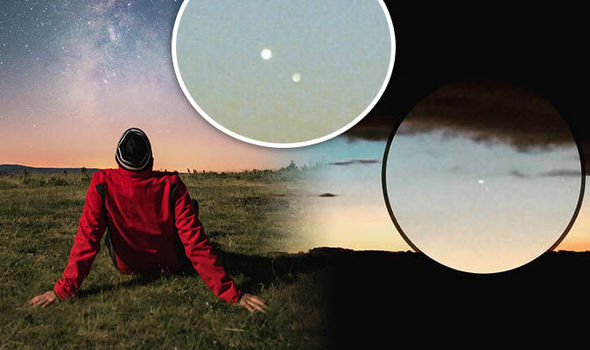 Venus and Jupiter rose above the horizon in the small hours of Monday and could be seen less than 0.3 degrees apart […]