Mar. 4—Andrii Bezmen has spent nearly a third of his life away from Ukraine, currently pursuing his academic goals. But as Russia wages war against his native country, his attention is focused squarely on his family back home.

And he is seethingly angry at Vladimir Putin. Not the Russian people, who Bezmen said Putin is sending to senseless deaths. But Putin himself.

“Right now, we have eight days of full-on invasion; and on the first day, I was kind of in denial a little bit,” Bezmen told a reporter while sitting in one of the front pews of Hood’s Coffman Chapel. “I was shocked. I just couldn’t believe that this happened.

“Right now, I pretty much don’t feel anything except for hate. Just, like, burning passion and hate,” Bezmen went on. “And that’s what is driving us; we’re highly motivated.”

Bezmen, 22, has lived in the United States for six years, first having studied at the United World College’s single US location in Montezuma, N.M., before getting accepted to Hood here in Frederick, where he’s now a senior majoring in computer science and minoring in mathematics.

Bezmen sat down for an interview before speaking at a rally held at Hood Thursday evening in solidarity with Ukraine.g us; we’re highly motivated.”

Bezmen, 22, has lived in the United States for six years, first having studied at the United World College’s single US location in Montezuma, N.M., before being accepted to Hood here in Frederick. Bezmen sat down for an interview before speaking at a rally held on the Hood campus Thursday evening to show solidarity with Ukraine.

Now, from half a world away, Bezmen watches helplessly as Russian troops attack his native country, including his hometown of Sumy, located in the northeast of the country near the Russian border.

His family is still there.

“My dad is in Ukraine at the moment. He’s in Sumy; he’s on the front line defending our city,” he said. “My mom, she’s also there in the city, with my little sister. She’s 12. They’re in the bomb shelter of our apartment, hiding with no light, no electricity, no water, no heat. It’s pretty terrible.”

He said he knows the Ukrainian people won’t give up, no matter what happens.

“No one’s going to surrender; it is impossible to surrender,” he said. “Because otherwise, you know, there’ll be no Ukraine. My dad cannot surrender. He doesn’t want to, and even if he would, there’s not going to be peace…”

“My dad is in military police, so he’ll be targeted, and probably executed or thrown in jail,” he said, describing his worst fears, if the Ukrainians do surrender to the advancing Russian military. He also worries about the rest of his family’s safety.

He said he hasn’t slept much over the past week, estimating he’s had maybe four or five hours of sleep total. Instead, he said he’s spent much of his time in desperate communication with his family, speaking to them through encrypted networks, letting them know the movements of the Russian military from publicly available reports they may have difficulty in accessing amid the ongoing combat.

What he’s struggling with is why this war is even happening, why Putin decided to invade Ukraine at all.

“He’s out of his mind. … He’s killing his own country at the moment with sanctions,” Bezmen said. “His country is burning as much as our country.

A display of solidarity

Outside Coffman Chapel, a crowd of about 50 Hood students and faculty gathered, waiting for Bezmen to speak. The crowd waved Ukrainian flags, carrying signs bearing anti-war messages and some even had the Ukrainian blue-and-yellow painted on their faces.

Brooks Anderson, a student who said he developed a close friendship with Bezmen during their time at Hood together, introduced him to the assembled crowd. Anderson told the crowd that he and Bezmen were dorm neighbors and teammates on the swim team before living together in their sophomore and junior years.

“I learned one thing from talking to him night after night: that, despite being raised on the other side of the globe in Ukraine, he and I had a very, very similar upbringing,” Anderson said. “A man raised in Europe by Ivan is not so different from a man raised in West Virginia by Scott.”

Bezmen thanked the crowd for attending and showing support for his native country.

It was during his speech that Bezmen’s anger and sadness over the situation truly became apparent.

“Three days ago, 16 children were killed. Again and again, President Putin is going to say that this is some kind of special military operation and that they are targeting only military infrastructure,” he said, anger rising in his voice. “In what military infrastructure do you see kids working? What tanks are kids driving? What cruise missiles are they launching?”

Before leading the crowd on a march around the campus, Bezmen pleaded with those listening to him to join anti-war protests, contact their elected officials to demand more support for Ukraine, donate funds and sign petitions demanding the closure of airspace over Ukraine. Bezmen claimed this is critical for the Ukrainians’ war effort.

Hood’s president, Andrea E. Chapdelaine, said she was proud of the students who turned out to support Bezmen.

“I think for the students to see (the community) banding together around the principle of, ‘We believe in peace, we condemn war,’ I think it means a lot to know they have a whole community that will stand together against violence,” she said.

After the march, the crowd returned to the steps of Coffman Chapel, where Beth O’Malley, dean of the chapel, prayed for an end to the violence.

“We join our prayers with the people of Ukraine; we look to the heavens for peace and protection during this time of violence and oppression,” O’Malley said, eyes turned upwards. “We ask for your mercy, to change hearts and minds for those who have chosen the path of destruction. Holy Spirit, knowing that war can only bring suffering and death, we look to you to bring about reconciliation between the people of Ukraine and Russia, and the whole of eastern Europe.”

It was Bezmen who had the final word of the event, asking those in attendance to follow him in a chant of the phrase which has become Ukraine’s slogan during the war.

“Glory to Ukraine,” he said, shouting into the microphone.

“Glory to the heroes,” came the response from the crowd.Follow Patrick Kernan on Twitter: @PatKernan 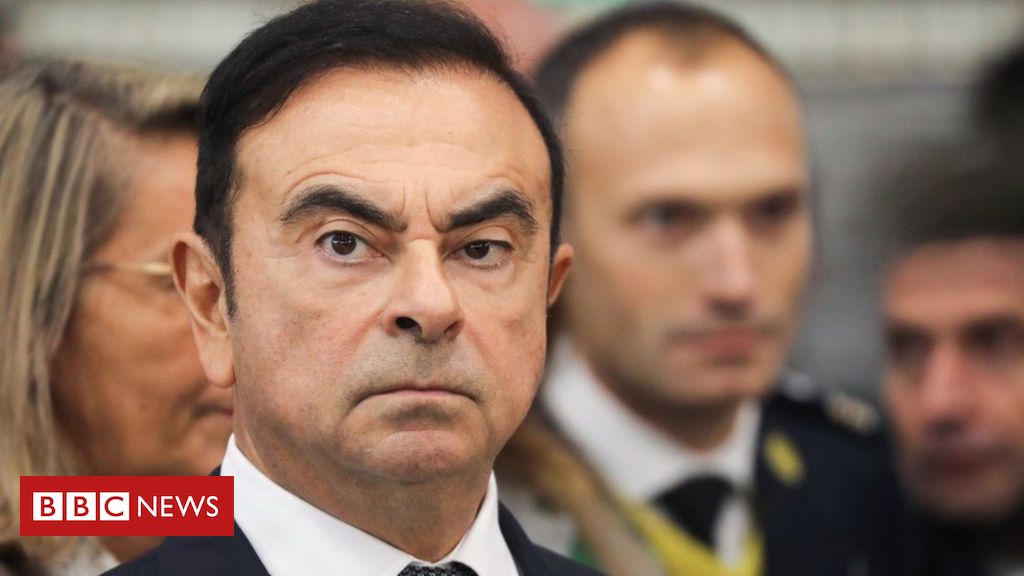 Image copyright Getty Images Carlos Ghosn’s lawyers have accused the Japanese government of conspiring against him, along with prosecutors and Nissan executives. […] 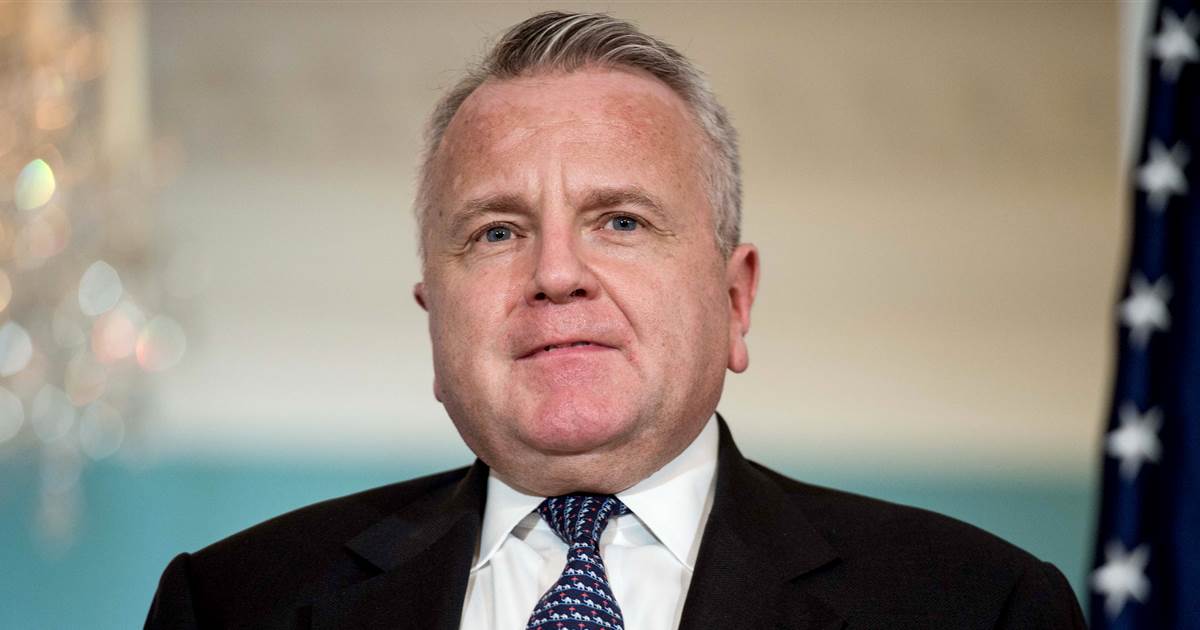 President Donald Trump on Friday announced his intention to nominateDeputy Secretary of State John Sullivan as his new ambassador to Russia. Trump […] 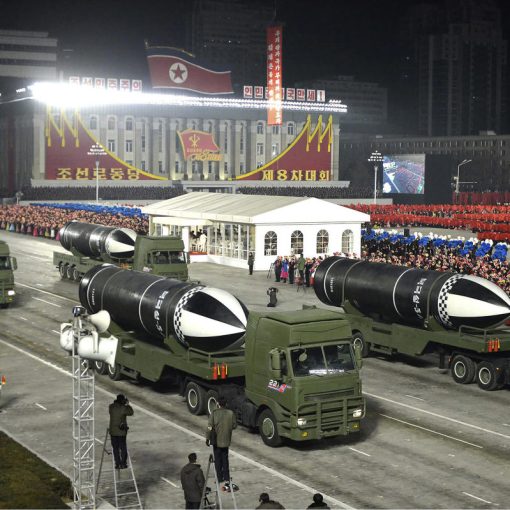