SEOUL, South Korea (AP) — During the last Winter Games, North Korea basked in the global limelight in South Korea, with hundreds of athletes, cheerleaders and officials pushing hard to woo their South Korean and U.S. rivals in a bid for diplomacy that has since stalled.

Four years later, as the 2022 Winter Olympics come to its main ally and neighbor China, North Korea isn’t sending any athletes and officials — ignoring the International Olympic Committee’s suggestion that individual athletes could potentially compete despite a ban on the country. And though the country again finds itself on the world stage, this time it is because of belligerence, not charm, in the shape of a fast-paced string of increasingly powerful missile tests.

These tests are likely an attempt to do two things at once: perfect still-incomplete weapons systems that the North feels it needs to protect itself from its enemies, while also using the worry over those improving systems to wrest outside concessions and sanctions relief from the United States and South Korea.

Even if Pyongyang pauses or curtails those tests during the 17-day sporting spectacle that opened Friday — in a nod to its benefactor Beijing — experiments on bigger weapons, including ICBMs and nuclear bombs, could follow the Games, experts say. That’s especially true as South Korean presidential elections, U.S.-South Korean military drills and several important North Korean anniversaries are approaching.

“For North Korea, the Beijing Olympics are still someone else’s festival, and what’s important now is furthering their own interests,” said Nam Sung-wook, a professor at Korea University in South Korea. “North Korea thinks it doesn’t need to promote a peaceful image any longer through the Olympics as the United States will only notice them when they display a hardline posture by missile launches.”

North Korea has often used Olympics and other sports events for political purposes, perhaps most spectacularly at the Pyeongchang Winter Games four years ago in the South.

Kim dispatched his powerful sister, Kim Yo Jong, the first member of that ruling family to walk on South Korean soil since the Korean War, to the frigid opening ceremony. There, she sat in the same viewing box as the South Korean president and U.S. vice president.

None of North Korea’s 22 athletes won a medal. But the country made a huge impression in the viewing stands, where its all-female cheering squads, dressed in matching red jumpsuits, performed meticulously choreographed routines alongside South Korean fans as they rooted for the Koreas’ first combined Olympic team in women’s ice hockey.

There was similar cooperation during the so-called Sunshine Era of the late 1990s and early 2000s, when North Korea received huge aid shipments from South Korea and the North frequently allowed its players to parade together with South Koreans at Olympics and other sports events.

The good feelings between the Koreas in Pyeongchang helped lay the ground for Kim Jong Un to reach out to then-U.S. President Donald Trump for high-stakes nuclear summit talks later in 2018. Their diplomacy, however, collapsed the next year after Trump rebuffed Kim’s calls for needed sanctions relief in return for limited denuclearization.

South Korean President Moon Jae-in, a key player in the 2018 Olympics diplomacy, made a strong push to use the Beijing Games as yet another venue for Korean peace. He sought to have the leaders of the Koreas, the United States and China gather in Beijing and symbolically declare an end to the 1950-53 Korean War, which still technically continues.

The North, however, announced it was skipping the Games because of the coronavirus pandemic and moves by “hostile forces,” and has ignored Seoul and Washington’s repeated offers for talks as it restarted missile tests.

Last September, the International Olympic Committee suspended North Korea until the end of 2022 for refusing to send a team to the Tokyo Summer Olympics in 2021, which Pyongyang also skipped because of the virus. Still, there were hopes in Seoul that the Beijing Olympics could help ease Korean animosities — and the IOC left the door open for athletes to compete, if not represent their country. But the North did not walk through it.

North Korea’s decision to avoid the Olympics, even as it proceeds with a tentative reopening of land-based trade with China following two years of pandemic border closures and economic decay, could reflect Pyongyang’s frustration with Seoul and its inability to extract concessions from Washington on its behalf, said Moon Seong Mook, an analyst for the Seoul-based Korea Research Institute for National Strategy.

Even with the IOC ban, Moon, the analyst, said, the North “still could have pursued diplomatic opportunities on the sidelines, with the Games being hosted by ally China.” Instead, the North Koreans are “saying that they don’t want to get involved at all.”

More than that, the North has pursued a course that the West sees as provocative.

In January alone, North Korea carried out seven rounds of missiles tests, including a medium-range weapon capable of hitting the Pacific U.S. territory of Guam. That is a record monthly number of weapons tests since Kim assumed power in December 2011. North Korea also recently threatened to lift a four-year moratorium on long-range missile and nuclear tests.

While Chinese officials may have been unhappy about North Korea’s testing spree right before the start of the Games, China seems publicly willing to tolerate the tests amid a growing confrontation with Washington.

The North certainly needs China. Beijing is North Korea’s economic pipeline, and its support is crucial if the North is going to revive its pandemic-battered economy. On Friday, Kim sent a message to Chinese President Xi Jinping saying the Beijing Olympics “strikingly demonstrate the dynamic spirits of China” and that he would boost bilateral ties to a new high stage with Xi.

Many observers are predicting a host of weapons tests after the Games meant to increase pressure on Washington.

Those could include a submarine-launched missile, a longer-range missile capable of reaching the American homeland or a nuclear device. Other options are a banned rocket launch to place a spy satellite into orbit or unveiling an advanced submarine.

The North may want these tests as a way to influence or draw attention to the March 9 presidential election in South Korea, the annual U.S.-South Korea joint military exercises in March, or the 110th birth anniversary of state founder Kim Il Sung, Kim Jong Un’s grandfather, on April 15.

The Biden administration has offered open-ended talks but has showed no willingness to ease the sanctions unless North Korea takes real steps to abandon its nuclear weapons program. North Korea, for its part, has said it won’t return to talks unless the United States drops its hostile policies first, which may be a reference to U.S. troops stationed in the South and international sanctions against its illicit weapons program.

If past events are any indication, Pyongyang and Washington could eventually meet again after a period of elevated confrontation, something the nations have repeatedly done since the first North Korean nuclear crisis in the early 1990s.

But Nam, the professor, said it’s unlikely that U.S.-North Korea relations will have any major breakthrough under the Biden administration.

“In the past 30 years, they’ve confronted each other to an extreme degree before meeting again and reaching some deals,” said Kim Yeol Soo, an expert at South Korea’s Korea Institute for Military Affairs. “What’s scary in this repeated process is the fact that North Korea’s nuclear and missile programs have continuously advanced in the meantime.” 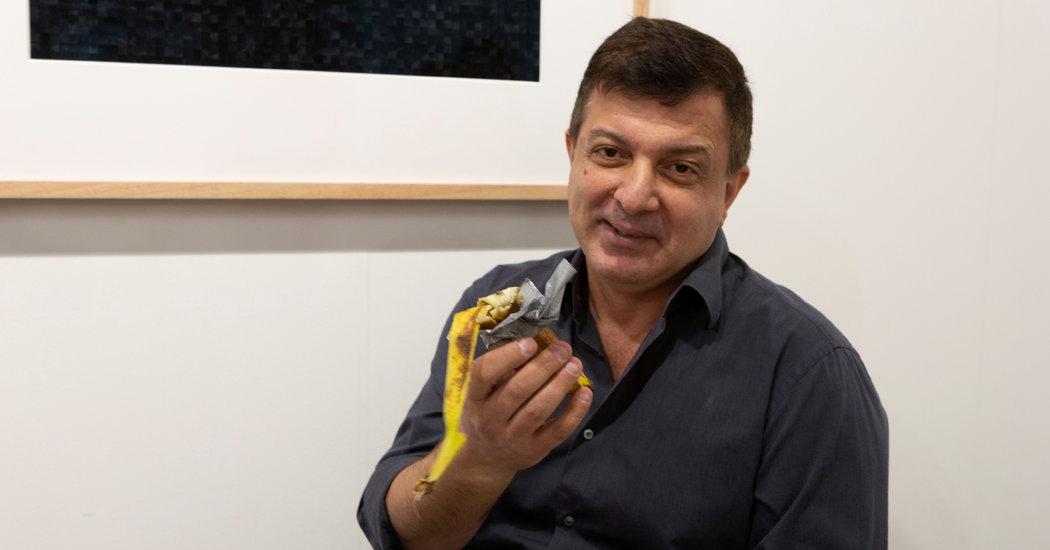 In plain sight of art aficionados and influencers, a prankster removed a $120,000 banana from an Art Basel exhibition in Miami Beach […] 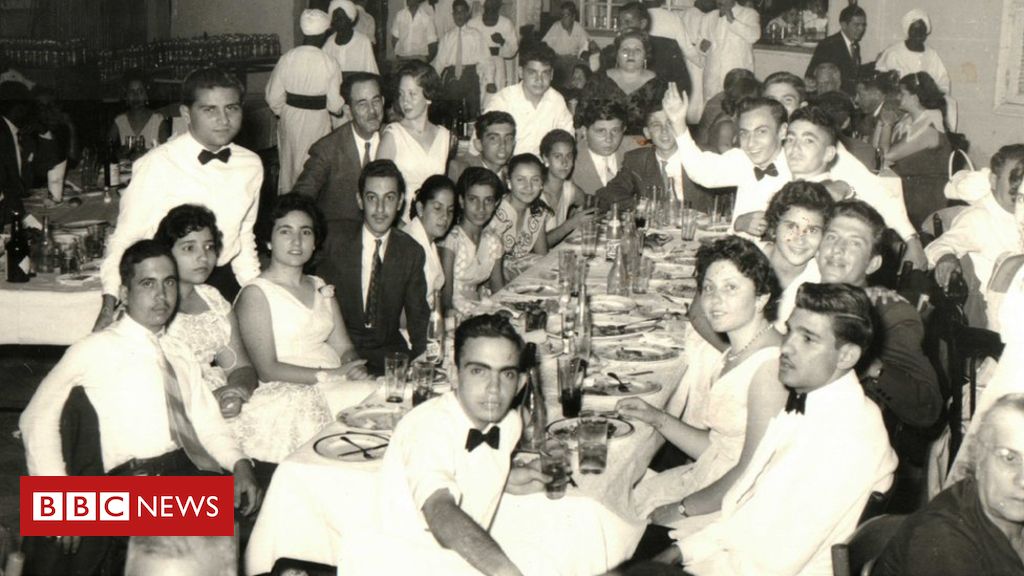 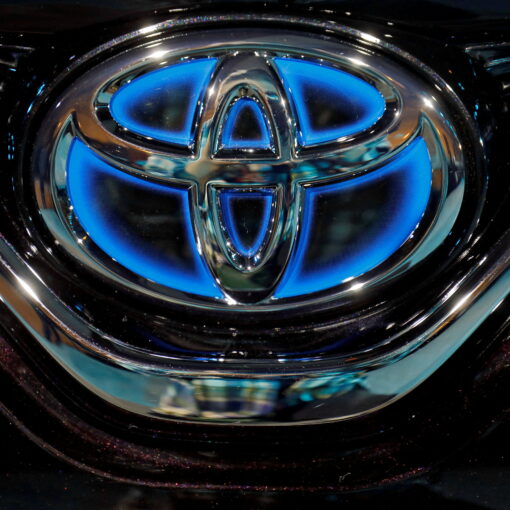