Stealing skin care products from the beauty product junkie in your life is one way to get by when it comes to caring for your skin. But why not use products made specifically for your needs? From products for shaving to wrinkles and even care for bald heads, men’s skin care has evolved, with more innovative options on the market than ever before.

Adopting a solid skin care routine is important no matter your gender or your experience level with skin care. A solid facial cleanser, sunscreen, face moisturizer, eye cream, shaving cream and aftershave can take you far no matter your skin type. For those who experience razor burn, dark circles, pesky acne, oily skin, sensitive skin or other issues — you can find a men’s skin care product to address them too.

Our Health & Wellness newsletter puts the best products, updates and advice in your inbox.

Below, you’ll find the best skin care products made for men with all different skin concerns. The list of the best men’s skincare products was originally curated by Mercey Livingston, but Lindsay Boyers and her boyfriend (who will be referred to by his given name of Joe from here on out) spent two weeks testing all of the products to see how they fared. We also recruited CNET Editorial Director Andrew Morse, who rocks a bald head, to weigh in as well.

It used to be that my manscaping routine was more or less set. Lather up with whatever all-in-one body wash/shampoo/antifreeze the gym dispensed, run the trusty Gillette over my mostly barren scalp and rinse off. Usually, the gym provided a choice of suds: industrial-strength white or antiseptic orange. I preferred orange.

Then I heard about Mantl, the maker of a “formulated regimen” of men’s skincare specifically designed for bald men like me. Mantl produces a cleanser, moisturizer and sunscreen, as well as “no-shine sheets.” Gotta say, it’s some pretty nice stuff.

The cleanser is light and washes off easily. No sticky film. I used it to soap up before guiding a razor over my dome. Definitely got a closer, longer-lasting shave. The face wash also has a pleasing scent, more appealing than the gym’s white, though maybe not as aromatic as orange.

The moisturizer is similarly agreeable. It’s a little thicker than I was expecting, but my skin seemed to absorb it quickly. It isn’t greasy. The missus said I looked younger after using it. She also said my cheeks seemed fuller, though that might have been a polite hint to skip a third slice of pizza.

Mantl’s SPF 30 sunscreen is different from other skin protection I’ve used. It’s a clear gel, not a clotty goop that leaves smudges and streaks regardless of how vigorously it’s rubbed in. I didn’t put any on my scalp because I use what all red-blooded Bay Staters use to shield their heads from the elements: a New England Patriots ball cap. I did, however, apply some to my face. It spread evenly and wore comfortably.

Mantl also makes no-shine sheets designed to sop up excess oil on your scalp. Seemed a little fussy so I didn’t try them. That said, they’re probably pretty good if they’re anything like Mantl’s other products. Also, they’re made with bamboo charcoal, which sounds impressive.

Like just about every other business these days, the Mantl people are marketing their products as a service and offer customizable quarterly boxes. A full kit costs $71 every 12 weeks. I’m not ready to drop $280 a year on subscription soap. But if my gym stocked it, I’d definitely use Mantl. Sorry, orange. -Andrew Morse

The Art of Shaving

Don’t let the name fool you. The Art of Shaving Stubble Balm was designed to soften uncomfortable stubble, but it’s really a multipurpose skin care addition that made a major difference all around. Joe rocks a full beard and only uses a razor to clean up his neck and cheek areas. Fortunately, he doesn’t deal with too much razor burn, but he does get some pretty persistent ingrown hairs and breakouts in these areas.

After adding this to his men’s skincare routine for a couple of weeks, there was a noticeable difference in ingrown hair frequency and his skin feel and texture. His skin wasn’t as itchy and his beard also felt softer and looked more tamed, even hours after he used the balm.

The texture of the stubble balm falls somewhere between a light conditioner and a gel. It provided relief for his skin and gave his beard game an upgrade without any greasy residue left behind at all. We tested the sandalwood, which smells absolutely divine, but if for some reason, you’re not into that musky, smoky scent, there are bourbon and bergamot and neroli options as well.

The Lumin Moisturizing Balm, which targets skin dryness and sun damage, is a GQ Best Stuff pick. As a men’s skincare newbie, it took Joe a little while to get used to the extra moisture on his face, but after a week or so — and some coaching about how a little goes a long way — he was hooked on this face moisturizer.

Because it’s technically a night cream, the Moisturizing Balm has a thick texture, but it absorbs right into the skin, instead of sitting on top and giving that greasy feel and look. Joe commented several times on how he couldn’t stop touching his face because it felt so smooth. It looked baby soft, too.

The difference was especially apparent as we got into the first week of December and the temperatures started to plummet. While he’s normally plagued with dry patches on his cheeks and forehead, he hasn’t experienced any of that this year, even with temperatures in the 20s. His skin tone has also evened out a lot too, with redness decreasing significantly.

The scent was also really pleasant. It wasn’t as fragrant as the Stubble Balm, but gave off a light freshly washed unisex aroma.

With retinol, sunscreen and several ingredients that help with razor burn, redness and dryness, L’Oreal’s Vita Lift Moisturizer is a top pick for men who want it all, but don’t want to commit to a lengthy skin-care routine for healthy skin.

While this moisturizer is technically an anti-wrinkle cream, there wasn’t much of a difference in his fine lines after two weeks of using it — something that we expected since it takes longer to see results like that. But he did comment on how smooth and soft his skin felt. The added moisture also made his skin look more supple and I noticed that he didn’t have as much redness and his pores appeared smaller as well.

The Vita Lift did leave behind a little greasiness, likely due to the sunscreen, but it was a welcome trade-off since sun protection is critical when using retinol and this product makes it easy. This face cream also comes with a convenient pump, which was helpful for dosing out just the right amount without overdoing it.

The Jack Black Beard Oil is a blend of natural ingredients, soothing oils, potent antioxidants and vitamins that work together to condition your beard and improve the skin underneath. And it works.

Just two drops easily tamed all of Joe’s rogue beard hairs and provided a light sheen without leaving him feeling greasy. He also made sure to work the oil into his skin underneath his beard to see if it could alleviate the dry, itchy skin that doesn’t often get enough care, and it did. He felt relief instantly and, over time, he commented on how he wasn’t scratching as often and how he felt like his skin was more pliable and his beard was less stiff.

I felt a noticeable difference in the texture during cuddle time, and his beard looked better and smelled fresh too. With so many fragrant ingredients, it’s hard to pinpoint the exact scent, but it was light and pleasant.

The Kiehl’s Facial Fuel Energizing Scrub is designed to help break down “tough facial hair” for a closer, more comfortable shave. As such, we were expecting a harsh thickly beaded scrub, but it was anything but.

The scrub particles, which are made from apricot kernels, were fine and really easy on the skin. They were able to easily slough away dead skin cells without leaving behind any redness or irritation. After a couple of weeks of use, there were noticeable differences in Joe’s skin tone and texture and he had far fewer clogged pores on his nose.

Even though he followed up the scrub with moisturizer, it felt moisturizing all on its own and there were times he commented that he didn’t even feel like he needed the additional moisture.

In addition to scrubbing particles, the exfoliator also contains menthol and caffeine, which are designed to invigorate the skin, and it did seem like things were getting a little lighter and brighter, but the difference there wasn’t totally noticeable in the two weeks of our testing. While the menthol smell of the face wash wasn’t his favorite (or mine), he loved the morning wake-me-up and fresh feeling this skin care product provided. 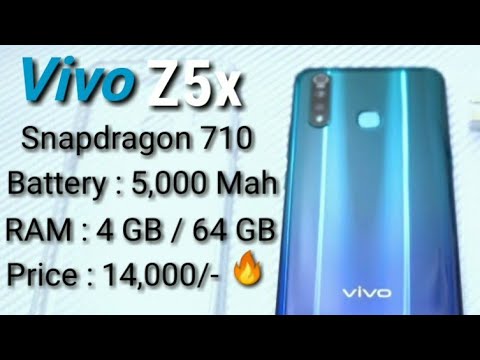 “Starboy” is boycotting the Grammys.  Fueling the flames of war with the Recording Academy — ignited when the music institute failed to […] 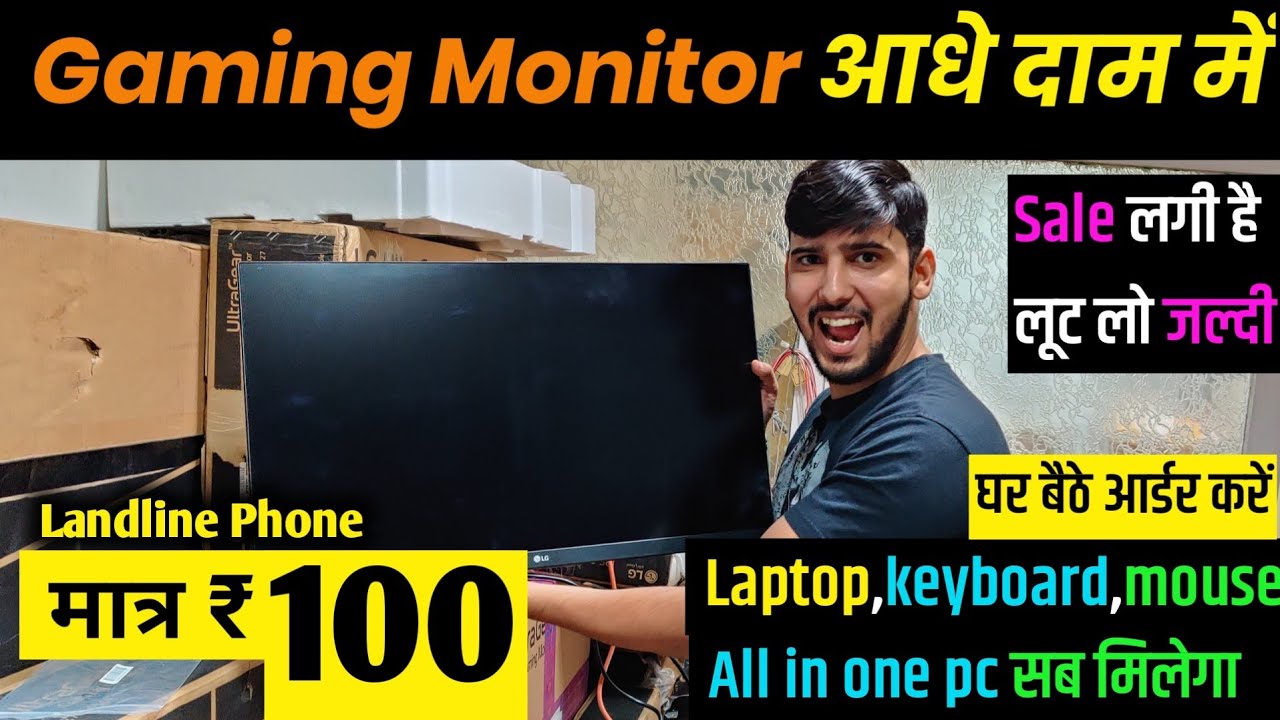 Stimulus checks for Social Security recipients are now headed out, including for people in SSI and SSDI programs.  Angela Lang/CNET The IRS […]