Decades ago, on my first visit to New York City, we drove past multiple blocks of brown brick tenements where boys huddled in corners, smoking and whistling at girls walking by, while older men in undershirts and scuffed panama hats puffed on cigars and played dominoes. These were my paisanos, fellow Puerto Ricans, and this was East Harlem.

The movie makes a definitive and obvious effort — if mostly via contrived dialogue — to give us a multidimensional image of Puerto Ricans in the New York barrios.

When I first saw “West Side Story,” the 1961 movie based on the classic 1957 Broadway musical, that scene came to mind — and I was embarrassed. College classmates in South Carolina teased me, warbling “Maria” when they passed by and begging me to teach them dance moves like Anita’s. I was mortified but laughed it off. I was no Maria. I was no Anita. And the members of the Sharks gang were unlike the boys I grew up with in Puerto Rico.

What I saw in that movie was a one-dimensional picture of Puerto Ricans that became a lasting, searing and shameful image. But for the legions of “West Side Story” fans, it was a sing-along spectacle of exuberant dance, heart-pounding music and bittersweet love.

I am sure that will be the general response to a film that is deeper, more emotive and more incisive than its beloved predecessor. The movie makes a definitive and obvious effort — if mostly via contrived dialogue — to give us a multidimensional image of Puerto Ricans in the New York barrios of the 1950s.

But ignorance, banality, violence and racism still dominate the Puerto Rican characters. (The rival gang, the Jets, made up of boys of other ethnicities, are not nicer, but the weight of the story falls on the Puerto Rican side.) It’s a depressing portrayal that ultimately only further degrades the Puerto Rican experience rather than elevating it, much as Spielberg and award-winning screenwriter Tony Kushner might have told themselves otherwise.

Only Maria, the star of the movie, and Valentina, a new character brought to wrenching life by Rita Moreno, are the exceptions in the new production. They provide a sympathetic perspective on what it meant to be a Puerto Rican trapped in the squalor of poverty and discrimination. They fight against the violence and the dispiriting lives around them and they believe in a better place.

So it must be asked why another “West Side Story,” written and directed by two white men, is being produced precisely when the nation is painfully divided over issues of ethnic identity and in the midst of a racial reckoning aimed at making sure that stories are told by the people who have experienced them, rather than powerful and monied insiders.

Puerto Rican author and magazine writer Carina del Valle Schorske rightly called “West Side Story” “a monument to the authority of white Americans to dominate the conversation about who Puerto Ricans are” at a recent event. “Each revival renews that authority and co-signs the narrative for a new generation … I want it to flop so we can move on.”

Without doubt, “West Side Story” was the first major, and still most important, American cultural representation of Puerto Ricans, and I and other critics believe that the musical’s racist and sexist stereotypes continue to influence how the world sees Puerto Ricans.

“It is staggering to consider, but ‘West Side Story’ is still the most widely seen and remembered film to feature a major Puerto Rican storyline in Hollywood history,” Columbia University professor and filmmaker Frances Negrón-Muntaner tells me.

As a result, no other image haunts Puerto Rican identity discussions more intensely. The musical adopts old stereotypes about Latinos in which the women are either virginal or sexual, says Negrón-Muntaner, who was born and raised in Puerto Rico. “The men are violent and clannish. All are phenomenal dancers.”

When the musical opened on Broadway — the collaboration of four white men, Leonard Bernstein (music), Jerome Robbins (choreography), Arthur Laurents (book) and Stephen Sondheim (lyrics) — Puerto Ricans chafed at what they saw depicted by men who were largely unfamiliar with their home.

No more so than at the song “America,” whose original lyrics included the lines: “Puerto Rico, my heart’s devotion, let it sink in the ocean … Puerto Rico, you ugly island, island of tropical diseases … always the hurricanes blowing, always the population growing, and the money owing.”

“No Puerto Rican of a certain age can watch it without cringing,’’ says Arnaldo Cruz-Malave, a Puerto Rican professor of Latin American and Latinx Studies at Fordham University.

“It was sung to me when I first arrived in the U.S. for junior high school,’’ he tells me. “That was bad, but to hear it espoused by Puerto Ricans on film, who had to also sing and dance to it, was hurtful beyond words.”

The phrase “you ugly island, island of tropical diseases” was deleted for the 1961 film, and Moreno gave fierce rendition of the revised version that helped win her an Oscar for best supporting actress. She was the only Puerto Rican in the film but was forced to wear brown makeup to “look more Puerto Rican.” The song has been further softened in Spielberg’s remake, and this time she’s not wearing brown makeup.

Moreno, iconic at 90, reflects in a new documentary that “Hollywood in those days was a place where people like me played native girls. An accent was always necessary. They were dark-skinned. They were nothing like me. And all of these characters were always treated like illiterate, immoral; they were always men’s little island girls.”

Actress Eva Longoria, who is of Mexican descent, also notes in the documentary that “when you only see those characters portrayed in that negative way, it’s not only educating other communities about us, but it’s also teaching us how we see ourselves.”

Much has been made of the ethnic and racial diversity of the Spielberg cast. In addition to Moreno, an executive producer on the film, Spielberg chose a half-Latina newcomer with an exquisite voice, Rachel Zegler, born in New Jersey to parents of Polish and Colombian descent, in place of the miscast white Natalie Wood in the original as Maria.

Anita is played by an electrifying Ariana DeBose, who describes herself as Afro-Latina. David Alvarez, a stage star whose parents are Cuban, is Bernardo, Maria’s domineering brother and aggressive leader of the Sharks.

It’s a depressing portrayal that ultimately only further degrades the Puerto Rican experience rather than elevating it.

Spielberg himself takes a universal perspective on a story based largely on Shakespeare’s “Romeo and Juliet.” “Divisions between unlike-minded people is as old as time itself. And the divisions between the Sharks and the Jets in 1957, which inspired the musical, were profound. But not as divided as we are today,” Spielberg said in a recent video interview.“I was 10 years old when I first listened to the ‘West Side Story’ album. And it never went away.”

The work has never gone away for Puerto Ricans, either. The question is whether the 21st century “West Side Story” helps bridge those divisions and bring us closer to telling our own stories. Not sometime, not somewhere. But now, here.

MAIDUGURI, Nigeria (Reuters) – At least 65 people have been killed in Nigeria’s northeastern state of Borno after Boko Haram militants targeted […] 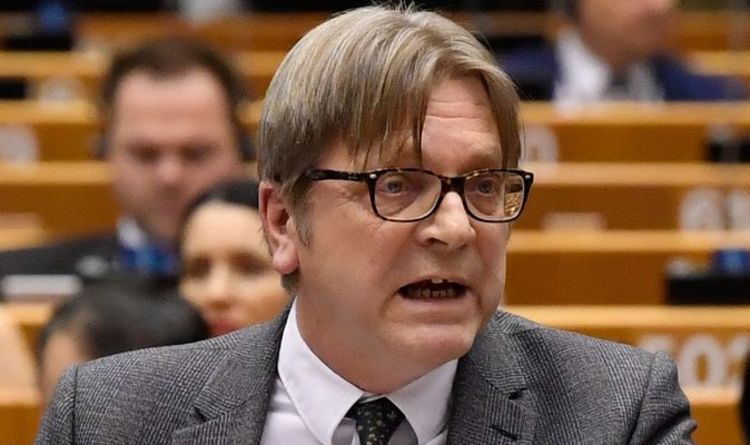 The MEP took to Twitter to show his support for US President Donald Trump’s rival. He said: “A win for @JoeBiden and […]

As southern US states including Texas and Louisiana are battered by Hurricane Harvey, the US President appears focused on his international relations […] 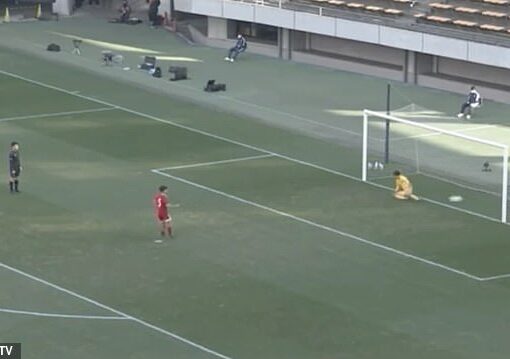 A Japanese high school football player may have kicked the most ridiculous penalty ever by taking a 30-second run-up to the spot. […]