A statewide mask mandate for Pennsylvania schoolchildren was thrown out by the state Supreme Court on Friday, raising the prospect that at least some students may soon be allowed to attend classes without a face covering.

They did not issue a written opinion that explains their reasoning.

The justices upheld a lower-court decision that the mandate was imposed by Wolf’s acting health secretary, Alison Beam, without legal authorization.

The practical impact of the decision will depend on what the justices say in the written opinion or opinions they will issue in the case – and which schools and school districts impose their own masking requirements. 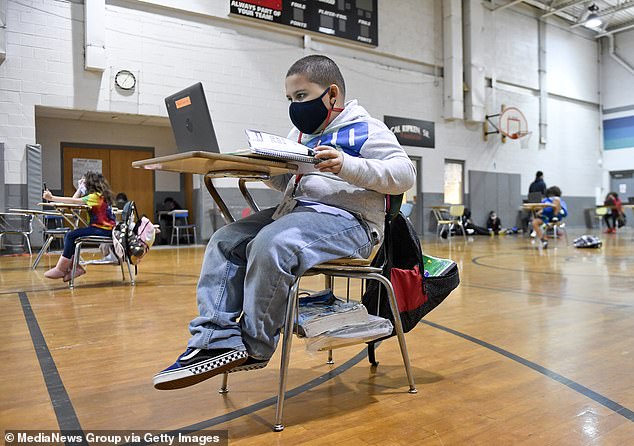 A child in Reading, Pennsylvania is seen in school on January 19 wearing his face mask. In September the state ordered that all schoolchildren wear masks. On Friday the Supreme Court ruled that the decision was down to individual school districts, not the state 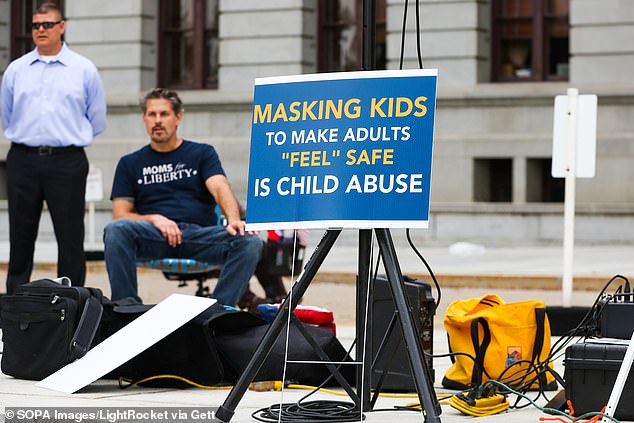 A sign at a Moms for Liberty rally in October, at the Pennsylvania State Capitol, compares school mask mandates to child abuse 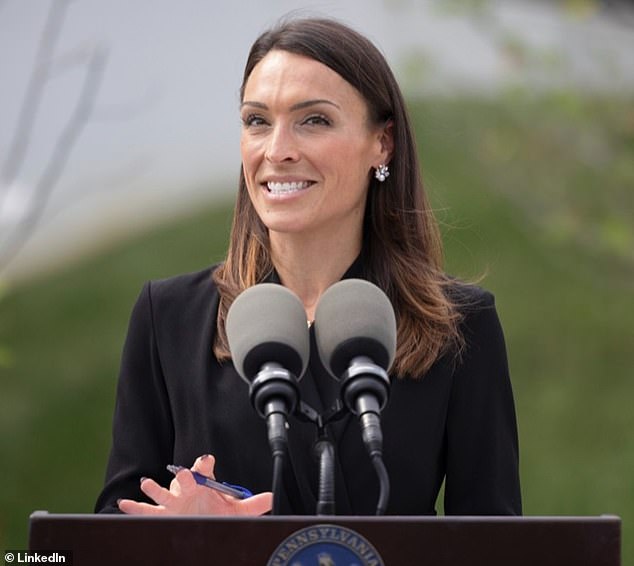 Alison Beam, the acting health secretary, was found by the Supreme Court on Friday to have exceeded her authority in enforcing the mask mandate in September

The court’s decision comes amid a statewide surge in new infections and hospitalizations.

Pennsylvania is reporting an average of 7,571 infections per day, up over 20 percent in two weeks.

Hospitalizations have risen 55 percent since mid-November, to an average of more than 4,000 per day, and acute-care facilities are becoming overwhelmed.

‘The administration recognizes that many school districts want to ensure a safe and healthy learning environment for students and staff, and we are hopeful they will make appropriate mitigation decisions moving forward,’ Rementer said.

She urged districts to prioritize health and safety, calling masks ‘a proven and simple way to keep kids in school without interruption and participate in sports and other extracurricular activities.’

The justices upheld a Commonwealth Court ruling that Beam lacked authority to require masks, did not follow state laws about enacting regulations and acted without a required existing disaster emergency declared by the governor in place.

The lower court found Pennsylvania’s disease control law does not give health secretaries ‘the blanket authority to create new rules and regulations out of whole cloth, provided they are related in some way to the control of disease or can otherwise be characterized as disease control measures.’

‘The decision will be left to the 500 school districts in Pennsylvania, with respect to what to do with the implications of this order,’ said Thomas W. King III, a lawyer for the Republican lawmakers, school districts, schools and parents who sued to challenge it.

King, who has advised against mask mandates, said school boards will have to consult their own lawyers about what policy to now adopt. 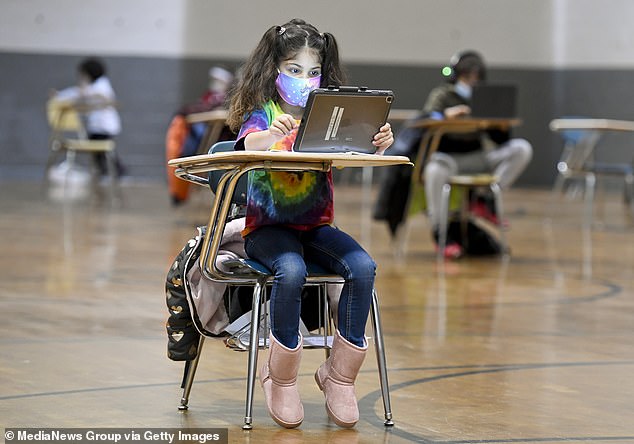 Christina Pagan, 7, does her school work using an iPad in class in Reading, Pennsylvania on January 19

As of the end of July, 59 of 474 school districts submitted plans to the state Education Department that mandated masks for the current school year.

‘This is a great day in Pennsylvania for the rule of law,’ King said.

‘The Supreme Court has proved that no one is above the law, and that includes the secretary of health or the governor.’

Beam’s actions, the litigants argued, left the public unable to voice their opinions and the General Assembly unable to review the policy’s legality or necessity, and violated state law.

The attorney general’s office, representing Beam, told the court earlier this week there does not appear to be anything to prevent schools and school districts from issuing their own masking orders.

Wolf announced in November he intends to return authority over masking decisions to local school districts in January, but will continue to require masks in child care centers and early learning programs. 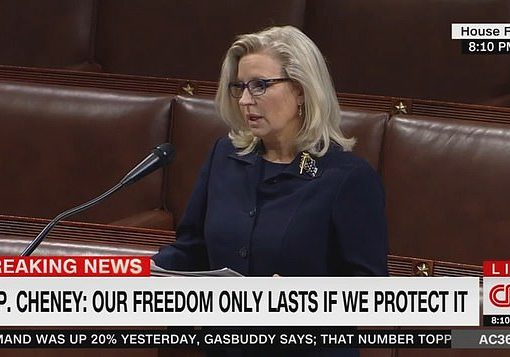 Liz Cheney on Tuesday refused to back down ahead of a vote to oust her from GOP leadership, calling Donald Trump a ‘liar on […] 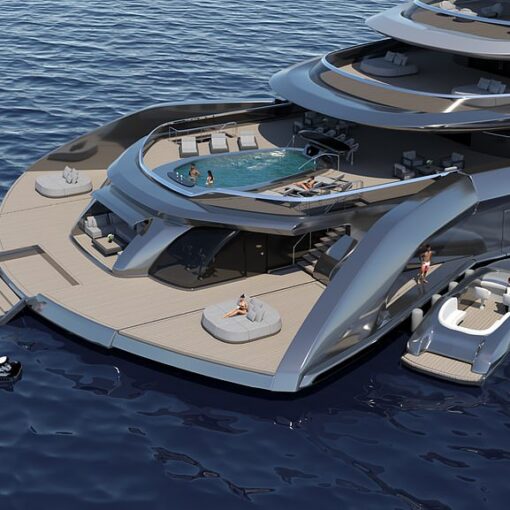 Take the beach to the yacht! OUTRAGEOUS 393ft megayacht comes with an expanding lower deck to ‘connect you with the ocean’ (and […]

NEW YORK, Sept 24 (Reuters) – Prime Minister Boris Johnson said on Tuesday that the Supreme Court ruling against him had hindered […] 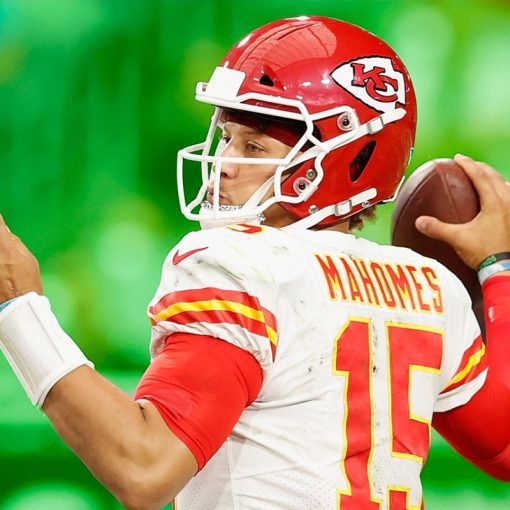 The Kansas City Chiefs host the Cincinnati Bengals in the 2022 AFC Conference Championship! After a historically entertaining weekend of football, the […]