Travis Scott, Live Nation, and others have been sued following the crowd surge at Astroworld that left ten people dead. The latest lawsuit comes from the parents of a 14-year-old boy killed at the event.

What was supposed to be a celebration of music turned into a tragic nightmare. Scores were injured, and eight people were left dead after a deadly crowd surge during the first night of Travis Scott’s  Astroworld festival. Authorities are still figuring out exactly what happened, what could have been done to prevent this, and who is accountable for this horrific tragedy. As those investigations continue, survivors and victims have begun to file legal action against Travis and the concert. Here’s what has happened so far.

What Happened At Astroworld?

Ten people were killed, and hundreds were injured following a crowd surge at Astroworld on Friday, Nov. 5. Around 50,000 people attended the show at NRG Park in Houston, Texas. Around 9:30 pm local time, roughly when Travis Scott took the stage for his headlining set, the crowd pressed to the front of the stage.

“As soon as [Travis] jumped out on the stage, it was like an energy took over, and everything went haywire,” concertgoer Niaara Goods told the Associated Press. “All of a sudden, your ribs are being crushed. You have someone’s arm in your neck. You’re trying to breathe, but you can’t.” The AP also reports that “audience members said barricades erected near the stage and to separate different sections of ticket holders prevented fans from escaping.” Harrowing footage of the chaos shows concert attendees begging for the show to stop, claiming that people were dead and dying.

Based on fire codes, NRG Park could hold up to 200,000 people, but city officials limited the attendance to 50,000. Harris County Judge Lina Hidalgo called for an “objective, independent investigation as to what went on and how it could have been prevented,” per NPR.

Who Died At Astroworld?

Ten people, whose ages ranged from 9 to 27-years-old, perished at Astroworld. The victims were identified as:

Ezra Blount, 9:  The young boy was sitting on the shoulders of his father, Treston Blount, when Travis Scott began his set. Sadly, he died on Sunday November 14, after succumbing to the injuries he received as he was trampled during the incident.

John Hilgert, 14: John was a ninth-grade student at Memorial High School, according to ABC 13. His death was confirmed by a letter from school administrators sent Saturday to parents. “Our hearts go out to the student’s family and to his friends and our staff at Memorial,” MHS Principal Lisa Weir wrote. “This is a terrible loss, and the entire MHS family is grieving today.”

Brianna Rodriguez, 16: A junior at Heights High School in Houston, Brianna’s death was confirmed by a verified GoFundMe account established by her family, per CNN. “Gone from our sites, but never from our hearts. It is with profound sadness we lay to rest our beloved Brianna Rodriguez,” reads the page. “Dancing was her passion, and now she’s dancing her way to heaven’s pearly gates.”

Franco Patino, 21: Franco was a senior at the University of Dayton. Originally from Naperville, Illinois, Franco was studying mechanical engineering technology and human movement biomechanics. “He was loved by so many because of the loyal, loving, selfless, protective, funny, and caring person he was,” his family said in a statement, per CNN.

Axel Acosta, 21: Axel’s death was confirmed to ABC13 by his father, Edgar Acosta. Axel had traveled from Washington to see Travis perform.

Rodolfo ‘Rudy’ Peña, 23: Rodolfo lived in Laredo Texas, and studied at Laredo College. He was among the dead, and his older brother, Guadalupe Peña, set up a verified GoFundMe page to help with funeral expenses. “He was the sweetest person. He was responsible. He was there for everybody,” his sister, Jennifer Peña, told Rolling Stone.

Madison Dubiski, 23: Madison was a Cypress, Texas native. She was at the concert with her brother Ty Dubiski. The two got separated, and she sadly lost her life in the ordeal.

Danish Baig, 27: Danish hailed from Euless, Texas, and he died while trying to save his fiancée from getting trampled by the crowd surge. “People would admire him for who he was,” his brother Basil Baig told CNN. The fiancée survived but was left bruised and traumatized by the event.

Bharti Shahani, 22: The ninth victim of the Astroworld tragedy died on Thursday, Nov. 11, after being hospitalized. Shortly after her admittance to the hospital, she was reportedly placed on a ventilator and declared brain dead.

Travis issued an apology on Nov. 6. “I’m absolutely devastated by what took place last night. My prayers go out to the families all those impacted by what happened at Astroworld Festival,” he wrote in a statement posted to Twitter. “Houston PD has my total support as they continue to look into the tragic loss of life. I am committed to working together with the Houston community to heal and support the families in need.”

The following day, Travis posted a short video statement to social media. “I could just never imagine the severity of the situation… I’m honestly just devastated, and I could never imagine anything like this just happening.”

Multiple lawsuits have been filed on behalf of people injured at Astroworld.

The family of John Hilgert has filed a lawsuit against Travis Scott, Live Nation Worldwide, and its subsidiaries, according to PEOPLE. The suit argues that the defendants “failed in their duty to protect the health, safety, and lives of those in attendance at the concert,” while citing security and crowd control failures. The suit reportedly blames “gross negligence” and “reckless disregard” for Hilgert’s safety, which resulted in “his injuries and subsequent death.”

“Defendants egregiously failed in their duty to protect the health, safety, and lives of those in attendance at the concert,” the complaint claims, per PEOPLE, “including but not limited to the failure to provide adequate security personnel to implement crowd control measures, proper barricades, and the failure to provide a sufficient amount of emergency medical support.”

Hilgert’s parents reportedly say in the complaint that the “loss from our son John not making it home alive from an event such as this is intolerable,” and they’re looking to see changes made in how concerts operate. “Our sole aim in filing this lawsuit is to prevent this type of tragedy from ever happening again at a live concert. There is no excuse for the poor crowd design, event execution, and lack of response that was exercised at this festival that resulted in the tragic death of our son and nine others along with scores of other people that were innocently injured.” The attorney for the Hilgerts also filed a lawsuit on behalf of Adam and Jennifer Cox, parents of John’s friend who also attended Astroworld. The other boy was also injured in the crowd surge. Both suits claim gross negligence and are seeking $1 million in damages.

Manuel Souza, claiming to be one of the many injured during Astroworld, filed a lawsuit against Travis, Live Nation, ScoreMore, and Cactus Jack Records. Souza is seeking $1 million, claiming he “suffered serious bodily injuries when the uncontrolled crowd at the concert knocked him to the ground and trampled him.” The lawsuit alleges that Travis has a history of inciting crowds to ignore security and rush the stage. “He and those who promoted and supported this concert must take responsibility for their heinous actions,” Souza’s attorney claimed.

Kristian Paredes filed a lawsuit against Travis Scott, Drake, Live Nation, and the venue, according to CBS News. The civil suit blames Drake and Scott for negligently inciting “a riot and violence,” and Live Nation failed to provide adequate security and medical services. “Many begged security guards hired by Live Nation Entertainment for help but were ignored,” the lawsuit adds, according to CBS News. Kristian claims they suffered “suffered severe bodily injuries” that “had a serious effect on the Plaintiff’s health and well-being.” The suit seeks $1 million in damages.

A second lawsuit was filed by civil rights attorney Benjamin Crump on behalf of 21-year-old Noah Gutierrez. Noah was “was in the middle of the crowd when suddenly and without warning, she became trapped in a deadly crowd surge,” according to documents obtained by HollywoodLife. Noah claimed she “sustained severe physical injuries and emotional trauma as she was pushed, shoved, elbowed, punched, kicked, along with being suffocated.”

“As [Noah[ attempted to stay conscious and escape the crowd, she sustained severe injuries and was forced to witness several concertgoers who being crushed, trampled, and killed within very close proximity to where [she] was trapped within the crowd. Many individuals were seen lifting up the unconscious bodies of friends and strangers and surfed them over the top of the crowd, hoping to send them to safety.”

“We are hearing horrific accounts of the terror and helplessness people experienced — the horror of a crushing crowd and the awful trauma of watching people die while trying unsuccessfully to save them,” Crump said in a statement.

Texas attorney Thomas J. Henry issued a statement on Nov. 18, claiming he is representing 282 plaintiffs in a massive $2 Billion lawsuit against Travis Scott, Aubrey Drake Graham, Live Nation, and NRG stadium. “My clients want to ensure the defendants are held responsible for their actions, and they want to send the message to all performers, event organizers, and promoters that what happened at Astroworld cannot happen again,” said Thomas J. Henry. Henry also claims he brought in “industry experts including Crowd Security/Crowd Control Experts Ron Martinelli and Stanley Kephart” to demonstrate “how the organizers and performers of Astroworld failed to provide their attendees with a safe concert environment resulting in concertgoers suffering injuries and death and will play a critical role in telling the victims’ stories.”

Lawyer Sean A. Roberts filed “a flurry of lawsuits on behalf of at least ten people who attended the show,” according to Rolling Stone. They all name Live Nation and Scott as defendants. Natasha Celedon’s lawsuit, filed by Roberts, claims she was “seriously and permanently injured by the recklessness and conscious indifference of the defendants.” The lawyer filed similar suits on behalf of Dante Deberardino, Patrick Polier, Wasem Abulawi, Marielena Chavez, Priscilla Hernandez, Brianna Garcia, Cortius Broussard, Tobenna Okezie, and Tiffany Delgado.

Cristian Guzman and his attorney, Vuk Vujasinovic, also filed a lawsuit and petitioned the court for a “restraining order that would bar Live Nation, NRG Park, and the Harris County Sports & Convention Corporation from modifying or disposing of any evidence of possible negligence,” per Rolling Stone. Guzman claims he was “seriously injured” at the concert and has endured “disfigurement, physical pain, and mental anguish.” 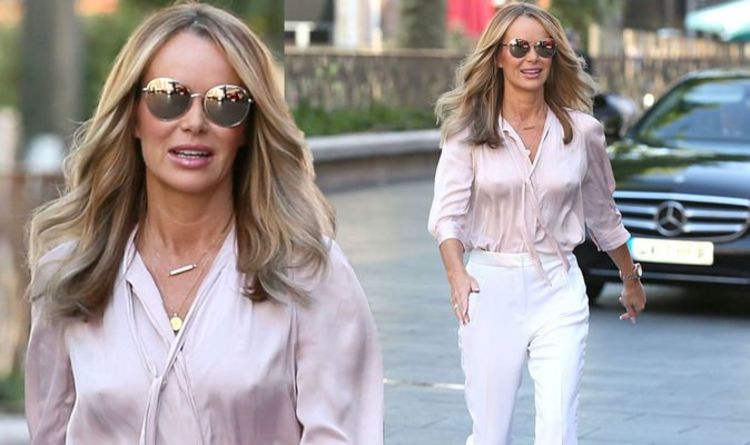 Amanda Holden turned heads for all the right reasons as she emerged in the capital today ahead of her Heart Breakfast debut. […] 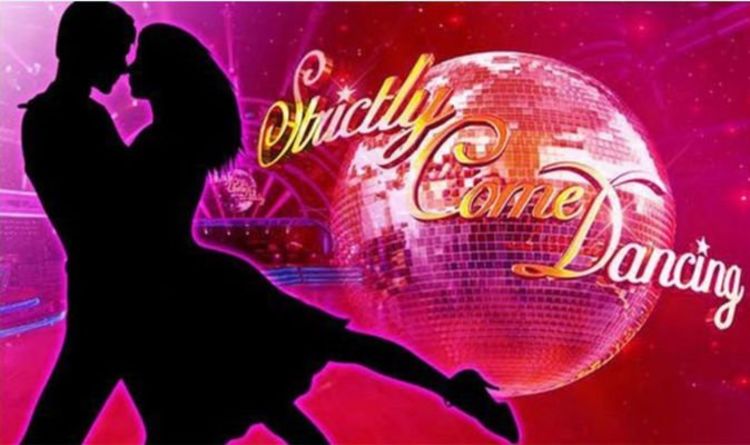 The BBC star later took to Twitter to confirm she had split from Sam, but dismissed some of the details Sam said […] 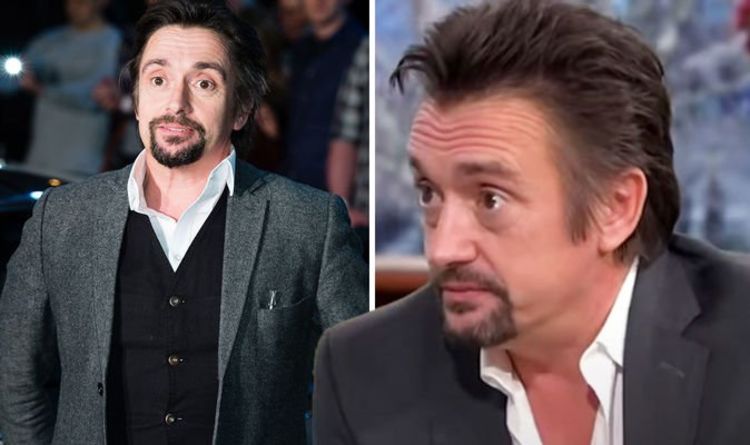 “And I went home quite sad because I thought that show is going to be amazing,” he revealed. “They’re going to have […]

“I was in chronic pain and now you’re sitting there telling me I have osteoarthritis?” she said. “Arthritis? I’m in my twenties […]