I asked Davey, as well as Elke Mühlberger, another researcher at NEIDL, if they were ever fearful. Once they became comfortable with the pressurized suits, they said, they experienced a kind of joy in the “privileges” of the work, as well as confidence in containment measures. To Mühlberger, in fact, working in a Level 2 or Level 3 facility feels riskier than being in a Level 4 lab, where the safety protocol is so stringent; the day before she gave birth to her second son, she told me, she spent the morning working with the Ebola virus in a Level 4 lab. Once inside, there are no cellphones, no email, no small talk — only the pathogens and the white noise of air swirling around her ears. “It’s really very relaxing,” she said. Her work is focused on the planet’s most formidable threats, she acknowledged. But it is in many ways an escape from the world itself.

Is that world better off with or without high-containment biolabs? It’s a question not easily resolved. The work that goes on inside them involves a nontrivial degree of risk, which is why NEIDL, with its vaults and barricades and bulwarks — including its operational protocols — resembles a modern-day citadel. Yet no amount of engineering, infrastructural or human, can reduce to zero the chance of bad things coming out of biolabs. On the other hand, without them, we would lack all sorts of treatments for diseases like Covid-19 and Ebola. For now, the world seems to agree that we need these facilities.

Next summer, the C.D.C. will break ground on a new high-containment laboratory complex on its campus in Atlanta. One ambition is to supplement an aging biolab with a five-story, state-of-the-art facility that includes two Level 3 suites and six Level 4 suites. These will be largely dedicated to studying viruses with more fearsome fatality rates: Ebola, Nipah, Marburg, Chapare. Construction will take about three years, followed by a two-year commissioning process to ensure safety expectations are met. The cost has been reported to be at least $350 million — a significant jump from the $280 million (adjusted for inflation) that built the NEIDL facilities. Melissa Pearce, who will oversee the new lab, told me that she and her C.D.C. colleagues have toured North American facilities in recent years to survey current best practices and design ideas.

Ideas that are too new won’t necessarily be adopted. “When you’re designing a Biosafety Level 4, the thought of using new technology tends to give you pause,” Pearce told me. “It’s like the first year of a brand-new model of a car — you tend to not want to buy that, because there are probably some bugs that need to get worked out.” So, many of the improvements in Atlanta are likely to be incremental. Some of the researchers on the planning team believe that the spaces in current Level 4 labs are too narrow, for example, so there will be more room within new suites for workers to move around freely. A new chemical shower off the hallway will allow the staff to sanitize equipment more efficiently.

To talk to people at the C.D.C. is to be struck by how close to the next pandemic they think we might be — and how important, should a little-known infectious agent again explode in the general population, the research done on exotic viruses in containment there and elsewhere will be in directing us toward therapies or a cure. That’s the expectation at NEIDL, too, where Mühlberger has recently been working with the Lloviu virus, a relative of Ebola, which was first identified in bats in Eastern Europe 10 years ago. A group in rural Hungary extracts small amounts of blood from local bat colonies, searching for Lloviu. If the virus is present, the group sequences and sends the genetic information to her. She then compares its viral properties with other pathogens to better understand potential dangers. “We don’t know yet whether it causes disease in humans or not,” she said. “But if it causes disease, about 200 million people live in the area where these bats roam.”

When I asked Joel Montgomery, the head of the viral special pathogens branch at the C.D.C., whether our awareness of new pathogens is a result of improved surveillance or of more viruses having increased opportunities to jump into humans, he seemed to think both factors were responsible. The ability to test new viruses, thanks to nucleic-acid-sequencing capabilities, is far better than it was 10 or 20 years ago. “But I think we are interacting with our environment much more now than we have before, and just the sheer number of people on the planet has increased,” he said, which also affects population densities. “And so we’re going to see outbreaks — epidemics, pandemics — happening more frequently. It most certainly will happen.”

Our high-containment facilities, moreover, may have to deal with threats hatched in labs as well as what comes from nature. Take, for example, pox diseases. The C.D.C.’s campus in Atlanta is home to one of two Level 4 labs left in the world that harbors the live variola virus, which causes smallpox and was declared eradicated globally in 1980. (The other cache is in Russia.) Victoria Olson, a deputy director of lab science and safety at the C.D.C., told me that the lab keeps samples because studies using a live virus could help scientists develop diagnostics, treatments and vaccines should smallpox re-emerge, or should a similar poxvirus appear. Monkey pox, which has caused recent outbreaks in Africa, where it has a fatality rate of 10 percent, is already a serious concern; Alaska pox was just identified in 2015. More alarming, perhaps, is the potential that someone outside the world of known biolabs might cook up a version of a poxvirus, using the tools of genetic engineering. Smallpox had an average case-fatality rate of about 30 percent; Americans have not been immunized against it since 1972. A synthetic smallpox — or even a synthetic super smallpox, which could be deadlier than the original — is not much of an intellectual leap. 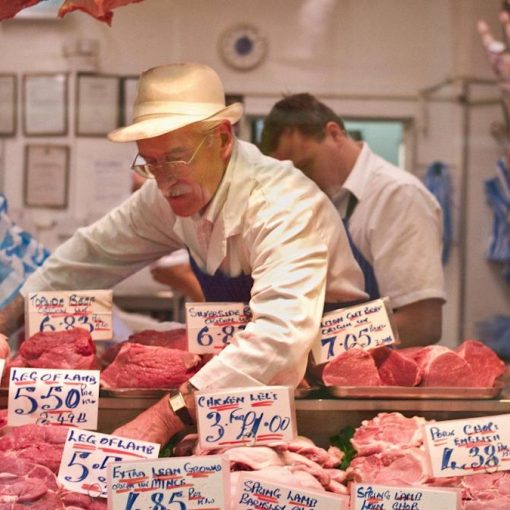 Friends eating burgers Almost a quarter of global greenhouse gas emissions comes from agriculture and other related land use, according to the […] 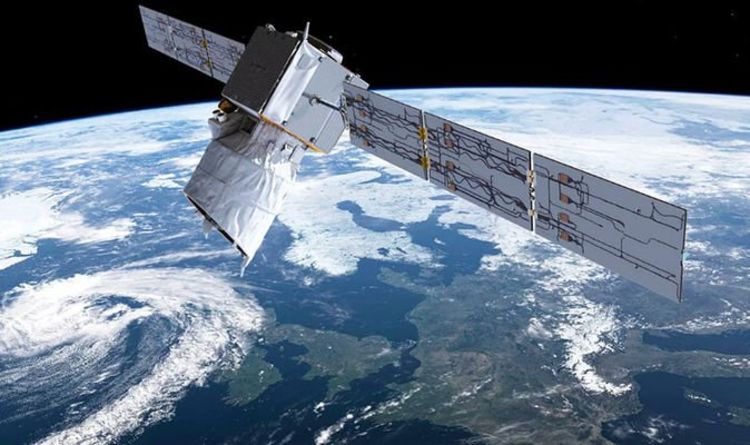 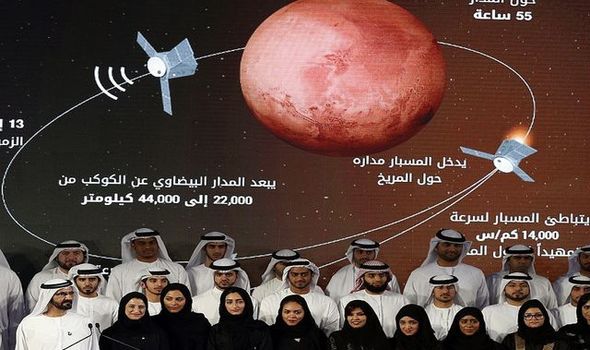 The Hope Mars Mission is being carried out by the United Arab Emirates, and scientists say it will give them some insight […] 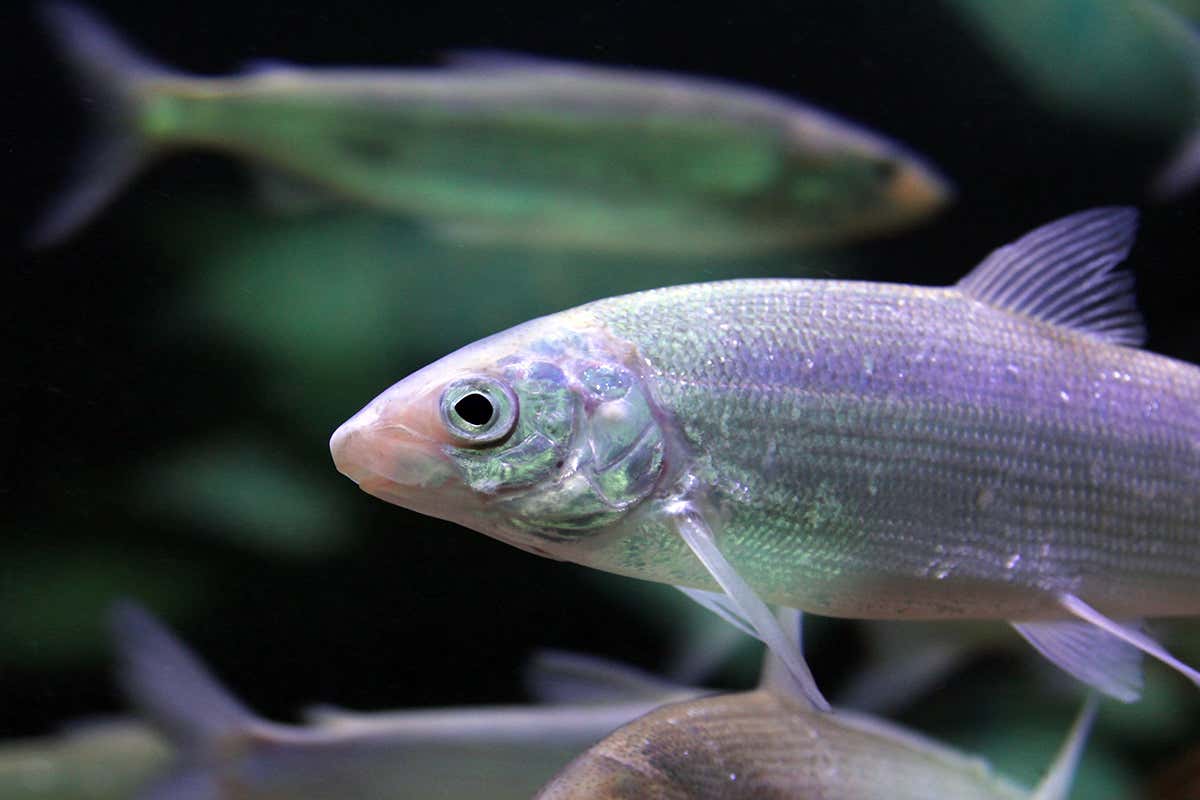