This Spanish seafood bar and restaurant draws on the talent involved in the Greenpoint spots Alameda (closed as a result of Covid) and Troost (still open). The chef Nick Padilla, the bar director Mike Zorma and a third partner, John Ortiz, set up their new venture with a dining counter, some tables and a garden that is being weatherproofed. They serve a tightly conceived menu, using mostly ingredients from the sea. Fresh seafood from Greenpoint Fish and Lobster is used for raw bar specialties, including some, like tiradito and aguachile that look to Latin America, not Spain. Conservas, Spanish tinned seafood, like mussels en escabeche and spiced mackerel fillets, are served, and there is also an assortment of small bites, including cured boquerones, anchovies, seasoned olives and anchovies skewered with olives and peppers. Somewhat more substantial are a cheese plate, a salad and a well-garnished country pâté. Breads come from She Wolf Bakery. Your glass might be filled with a cocktail from a concise list, a cider, beer or one of only nine wines, four Spanish and each very distinctive. Sherry, port and amaros round out the list. (Opens Saturday)

Having established a sleek destination for Cantonese dim sum to eat in or take away at 160 East 23rd Street, Frank Yu and Sze Yeung have now added a Times Square branch. It’s the first of an ambitious expansion planned for the brand, which serves steamed, fried and baked dim sum, along with steamed rice rolls, soups and salt-and-pepper short ribs. Done in pale wood with booths, a communal table and counter, it has kiosks for ordering, and an open kitchen in the back. Eventually, they plan to keep it open around the clock; for now, the hours are 11 a.m. to 8 p.m.

Momofuku Ssam Bar, on Pier 17 in the Seaport District, has expanded with a new upstairs restaurant that features tabletop grilling, something new for the company. Chefs in the dining room do the sizzling at each table, with choices like prawns, heritage pork shoulder, smoked pork belly and dry-aged rib-eye, all served with salads, pickles and sauces. Appetizers include hamachi with green apple and daikon, foie gras, roasted oysters and spiced pepper wings. River views and a blue-green color scheme define the space, and there are also two private karaoke rooms to book in advance. The executive chef is Kris Brumsted.

Eyal Shani, the flamboyant Israeli chef, is opening this churrascaria-style restaurant with food, but not necessarily hunks of meat, on skewers. Along with the chosen skewers, diners will be served an assortment of small plates, like mezze. The restaurant is adjacent to one of the chef’s Miznon restaurants. (Opens Wednesday) 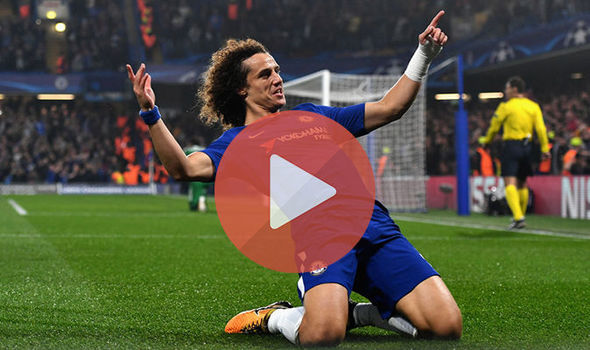 Norwich City will be hoping to score a major upset this evening, as they face Chelsea in the FA Cup Third Round […] Melania Trump arrived for the annual Congressional Ball last night in a stunning white gown.The FLOTUS was show-stopping last night as she joined […]

In January 2016, Chidiebere Nnaji moved across the world for a master’s program in electrical engineering at San Francisco State University. But […] The weight loss diet followed by one woman has been revealed after she lost over 4.5 stone in a year. Reddit provides […]