The science committee in the U.S. House of Representatives is the rare example of a congressional panel still capable of crafting bipartisan legislation. That ability is in part a tribute to its chair, Representative Eddie Bernice Johnson (D–TX), a champion of increased federal support for research and expanding opportunities in science for women and people of color. But on Saturday, the 85-year-old legislator announced she would not seek a 16th 2-year term next fall, making her the 16th House Democrat to announce their departure in this election cycle.

Johnson is the first Black woman to chair the committee. Over the past 3 years she has teamed with the panel’s top Republican, Representative Frank Lucas (OK), to stake out a centrist position on a host of challenges facing the U.S. scientific community, from China’s growing scientific prowess to research misconduct.

In doing so, she kept a promise made when the Democrats regained control of the House in November 2018 to “restore the credibility” of a panel that had spent a contentious 6 years under her predecessor, retired Representative Lamar Smith (R–TX). And she has done it, according to the panel’s previous Democratic chair, former Representative Bart Gordon (TN), by “doing her homework and being willing to listen and work with others, even those that she doesn’t agree with.”

Lucas, who is expected to take the gavel should the Republicans win back the House in the November 2022 midterm elections, responded to Johnson’s announcement with a statement that clashes with the current hyperpartisanship in Congress garnering most of the headlines. “Because of her willingness to work across the aisle, we have achieved great things together in her time as chairwoman,” he said. “We passed the first major overhaul of U.S. energy policy in more than a decade, we worked to make STEM [science, technology, engineering, and math] education more inclusive and accessible, and we developed legislation to double down on our investment in research and development so that America can continue to lead the world in science and technology.”

That last reference is to a collection of House bills that aims to bolster U.S. innovation and national security in the face of China’s growth as a scientific, economic, and military superpower. They authorize programs at the National Science Foundation (NSF), the Department of Energy’s Office of Science, and the National Institute of Standards and Technology. Before becoming law, they will need to be reconciled with a sprawling $250 billion Senate bill, the U.S. Innovation and Competition Act (S. 1260), that covers much of the same ground.

The Senate version is spearheaded by Senate Majority Leader Chuck Schumer (D–NY), who is pushing for its adoption. But his bill contains several security provisions that U.S. higher education groups see as unduly restrictive of research collaborations and barriers to innovation. Many science lobbyists think the House bills would do a better job of preserving the free flow of ideas while reducing the number of actual cases of stolen intellectual property. As chair of the science panel, Johnson will be a member of the negotiating team that will try to iron out differences between the Senate and House bills in the coming weeks.

Johnson, who declined an invitation from Science to discuss her legacy, has spent more than 6 decades in the public sector. Trained as a psychiatric nurse, she worked for the Department of Veterans Affairs and spent 10 years in the Texas legislature before being elected to Congress in 1992. In working her way up the seniority ladder in the House, she served as the top Democrat on the science committee under Smith, where she fought Republican attempts to deny climate change and to apply a political litmus test to how NSF chooses which grant proposals to fund.

“Just because you disagree with a particular award should not be the reason to try and destroy the whole agency,” she told Science shortly after the 2018 midterm election, referring to Smith’s running battle with NSF, one of several science agencies under the committee’s jurisdiction.

With respect to climate research, some of the “reasonable, sensible, and intellectual approaches to address” the crisis that she has advocated since becoming chair appeared in the energy legislation enacted in 2020 that Lucas mentioned, including more research on renewal energy and storage, upgrading the country’s electrical grid, and improving technology transfer from the laboratory to the market. She was also part of a congressional delegation led by House Speaker Nancy Pelosi (D–CA) that urged attendees at the COP26 climate summit this month in Glasgow, U.K., to move faster to reduce carbon emissions.

Her status as a senior Democratic party leader could help her in the upcoming negotiations with the Senate over the competitiveness legislation, Gordon notes. “I think Speaker Pelosi has told Eddie that she has her back,” he says. “Chuck [Schumer] agreed to accept some pretty extreme [national security] positions as amendments, to get the bill passed.” But Gordon thinks the negotiators may be able to “come up with something more mainstream.”

Despite Johnson’s strong support for NSF and other research agencies, she has also taken them to task for not doing more to improve diversity and equity in science and to stamp out all forms of harassment. In May the House passed a bill (H.R. 2695) that would require agencies to collect national data on its prevalence and coordinate federal efforts to combat it. “One of her major legacies is understanding that you need good scientists to do good science,” Gordon says. Having Congress pass the bill would be a fitting retirement present, say Gordon and others.

Johnson said in 2019 that she planned to retire after one more term, but her silence until Saturday’s announcement had led some to wonder whether she had changed her mind. She’s won re-election by overwhelmingly margins in her heavily Democratic district in Dallas. But she has also spent two-thirds of her 3 decades in the House as a member of the minority party, and many lobbyists speculate that the prospect of Republicans taking control of the House in the 2022 elections—along with her age—shaped her decision.

Should Democrats manage to hold onto their slim majority in the House, Representative Zoe Lofgren (D–CA) would have the inside track to become the new chair of the science panel. Her advocacy of the high-tech industry meshes with the interests of her Silicon Valley constituents. But the 74-year-old lawyer, elected only 2 years after Johnson came to Washington, D.C., is also a senior member of the Judiciary Committee, where she has been a leading figure on immigration and patent reform. Other Democrats on the panel have much less experience; the third-ranking member on the committee, Representative Suzanne Bonamici (D–OR), was elected in 2012.

If the Republicans win, the 61-year-old Lucas is expected to become chair. But he could only serve a single 2-year stint because of a Republican rule limiting their members to a maximum of 6 years at the helm or as ranking member of a committee. 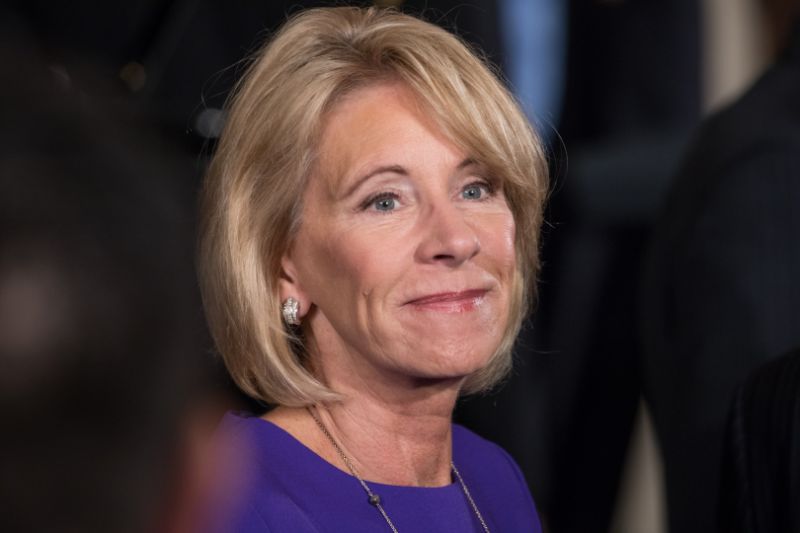 From school choice to campus sexual assault More Before she was even sworn in as Education Secretary, Betsy DeVos emerged as one […] 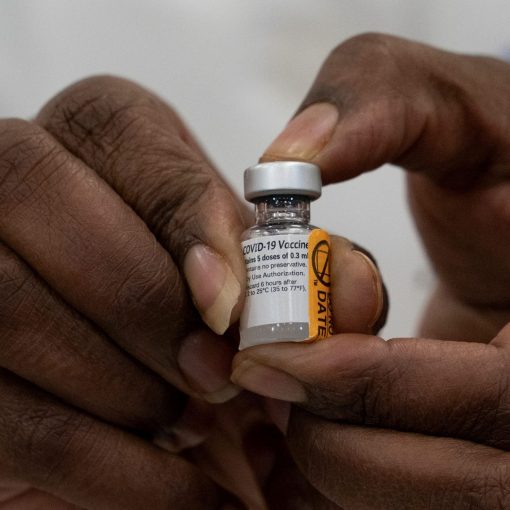 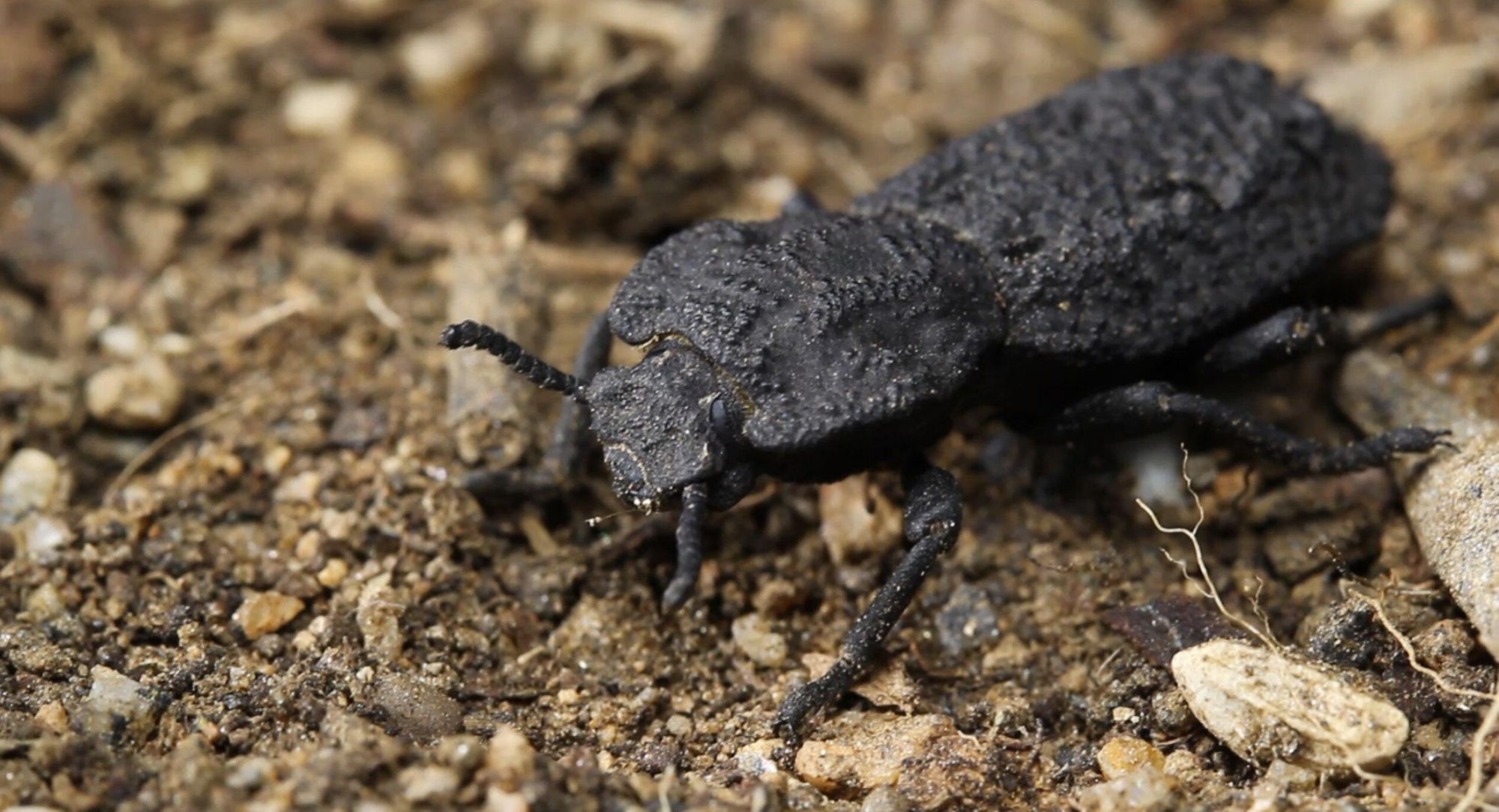 Scientists are unraveling the mystery of a bug with one of the coolest names in the animal kingdom: the diabolical ironclad beetle.  […]