When a normal person ascends to the firmament of fame, their sense of identity is split in two. The self-perception they’ve developed over their life up to that point – the ‘true’ self, allowed to emerge in intimate moments – must contend with an outward-facing image over which they can exert unsettlingly minimal control. The more canny-minded celebrities seize the reins of their own PR by cultivating a persona they can get out in front of, caricaturing themselves before someone else gets the chance.

Charlie Chaplin, perhaps the first A-lister to contend with this existential quandary of exposure, went one step further by inventing a character he could plaster over himself. The Real Charlie Chaplin, a new documentary in cinemas this week, posits his Little Tramp alter ego as a shield and veil. If audiences were looking at the bowler hat, toothbrush mustache, and rubbery cane, they’d never see the man wearing them.

“I remember, even as a child, having an image of Charlie Chaplin in my head,” co-director James Spinney tells the Guardian. “Like most people, the costume was known to me. We saw these films with lots of preconceptions; he’s emblematic of an early, cartoonish style of cinema comedy, slapstick, films played at the wrong speed. As an adult revisiting these, I was struck by how modern they felt, how subversive, how there’s no sense of the antiquated whatsoever. Everyone has an idea about Charlie Chaplin. But people who knew him best felt that he was hard to create a connection with, that they didn’t really know him, that he was always performing.”

The top-to-bottom bio-doc examines Chaplin as a once-in-a-generation funnyman, while recognizing that as only one of the many roles he played in his eventful life: the Dickensian child laborer, the innovative Vaudevillian, the big-hearted humanist, the vindictive lover, the Tinseltown captain of industry, the witch-hunted Commie, the reclusive Swiss expat. In what Spinney describes as “one of the greatest rags-to-riches stories ever told”, the only connecting thread through the many ups and downs is the tension between Chaplin’s private and public lives. He prized his hordes of fans and loathed interviews, subsisting on the admiration while contending with the anxiety of being known and yet not-known.

For Spinney and co-director Peter Middleton, the prospect of gaining fresh insight into the aspects of himself Chaplin took pains to conceal was too intriguing to pass up. “One thing we knew very early on was that there was no single, solid, stable version of Charlie Chaplin,” Middleton says. “We’re not trying to link them all up, because there are too many of them, and they don’t always add up. He was chameleonic in the way he reflected back to people what they wanted.”

Their producer, Ben Limberg, had negotiated with Chaplin’s estate and the British Film Institute for a master list of materials they’d be permitted to access, the most obscure of which caught the directors’ eyes. In particular, they fixated on an “enigmatic” tape containing raw audio from a three-day profile sit-down for Life Magazine, conducted by Richard Meryman in 1966 at Chaplin’s twilight-years home on Lake Geneva. “We realized that we’d arrived at an opportune moment in history, where an archival source such as that can be restored,” Middleton says. “We started breaking that down and though it feels like there are 700 books written about Chaplin, we thought that could be our way in to something new.”

Secured after one full year of negotiations, the soundbites provide a condensed memoir with a candid running commentary as Chaplin recalled his early days of tribulation and hardship. His parents’ severe debts resulted in him being sent to Lambeth Workhouse at the tender age of seven, a plight he escaped through his natural inclination for the stage. From dance troupes and small plays to a breakout gig under Vaudeville mainstay Fred Karno, an undeniable showmanship carried him out of abject poverty and across the Atlantic for a shot in the nascent movie business. It was there that he debuted the Little Tramp, whose penniless misfortunes mirrored his own background at the Central London District school for paupers.

“This character of the Tramp, who’s so wrapped up in Chaplin’s own psyche, who seems to channel his childhood and his neuroses and his humiliations of youth – it keeps replaying the traumas he experienced in London,” Spinney explains. “That character also turned him into the highest-paid actor on the planet and one of the most famous people in history. It’s almost like a fairytale, in some senses … Chaplin’s determination to keep journeying inwards – the sense of introspection, how he built fibers of his life into his art – is what made our structure possible. He never rested on his laurels.”

Spinney and Middleton use this biographical lens to process the greatest hits of Chaplin’s filmography as an extension of his interior turmoils. “The extraordinary canvas of his life maps quite neatly onto his films,” Middleton says. Early silent hit The Kid allowed Chaplin to project his wounded inner child onto a street urchin and give him the nurturing home a young Chaplin always dreamt of. Yukon adventure The Gold Rush indulged his boyhood imagination and the old-fashioned romance City Lights was his pushback to the talkies he hoped were a passing fad. He responded to the widespread desperation of the Great Depression with the industrialized bustle of Modern Times, and addressed the mass ruination of the Holocaust with the Hitler satire, The Great Dictator.

“After he was rejected by the American establishment and public in the wake of Monsieur Verdoux, he came back and made Limelight, the story of a music hall star who was renowned as a tramp comedian, with his public now having fallen out of love with him,” Middleton continues. “There’s a shape to his life that syncs up neatly with the chronology of his films, and we were fortunate for that. But at the same time, we didn’t want to be wedded to that in any way.”

The latter half of the documentary shifts focus from Chaplin’s work to his tumultuous personal life, in which a few crises threatened to tarnish his outward-facing profile. There was the smear campaign mounted against him by the House un-American activities committee, which painted Chaplin as a communist sympathizer for being generally pro-peace. Uglier still were the acrimonious, scandalous divorces – his separation from second wife Lita Grey marked by her proto-Me Too accusations and the scandal-mongering media’s portrayal of her as a gold-digging liar. Chaplin fans must contend with the dissonance between an artist who preached goodwill and magnanimity on screen and his contemptible goings-on behind closed doors.

“There were some uncomfortable elements of Chaplin’s biography that we felt had to be foregrounded in the film,” Middleton says. “We tried to find as much as possible in the way of firsthand accounts and testimony, looking for people who could speak directly to this. That’s what led us to the incredible interview with Lita Grey, conducted in 1965 around the release of her autobiography. This was all well-documented at the time, when it was the most expensive and sensational divorce in Hollywood history. The way Lita’s story was brushed aside by parts of the press has a strong resonance with whose stories are believed in the modern day. She says that she was disbelieved by the public because of their idolization of Charlie. They couldn’t reconcile the details they were discovering through the divorce settlement with the image of the tramp on-screen. Over the past few years, as a society, we’ve been facing that same dilemma. It was possibly one of the first times in history that people had to confront this dissonance.”

“His star-image quickly crumbled under the pressure of these very plausible allegations about a pattern of abusive behavior,” Spinney adds. “We were interested in how those two sections spoke to one another. We trusted that audiences are sophisticated enough to consider these two ideas together.”

That troubling contradiction was one of many that come to define Chaplin in the film’s analysis, which concludes only that the closer one looks, the more unknowable he appears to be. What’s certain is that the distance between the man and his onlookers through history is by his own design, his evasive withdrawal ultimately being his clearest, truest quality. Lying behind the instinct to hide, pervading over so much of what the comic genius did, is anxiety – over being seen, exposed or rejected.

“He seemed to put up so many barriers to the people closest to him in his life,” Middleton remarks. “There’s a sense that, as his daughter Jane says near the end of this film, he achieved his life’s dream. In the workhouse, he dreamed of wealth and fame, and he made it happen. But later in life, he’d admit that he always felt very insecure about his wealth, like he could be thrust back into poverty at any time and lose it all.” 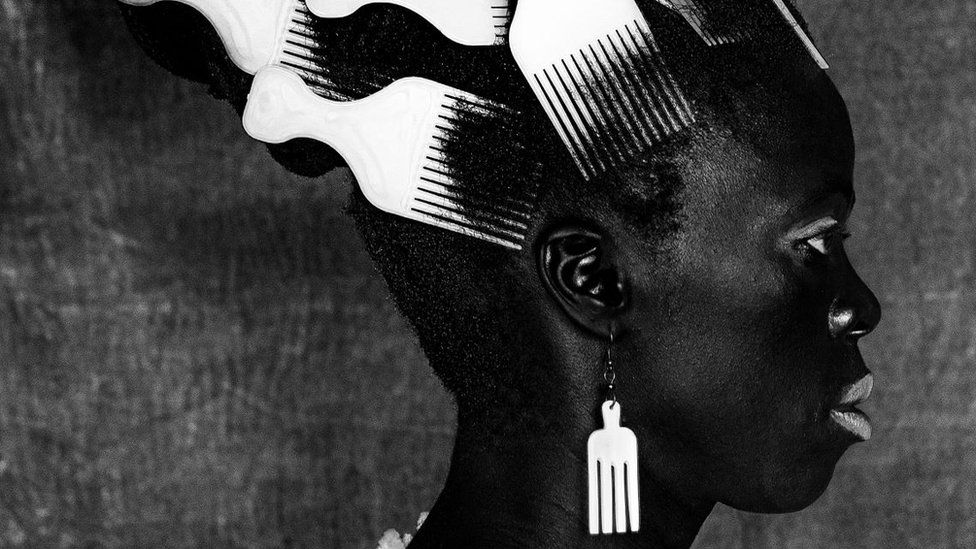 “Julile I, Parktown, Johannesburg” (2016) “I am re-writing a black, queer and trans visual history of South Africa for the world to […] 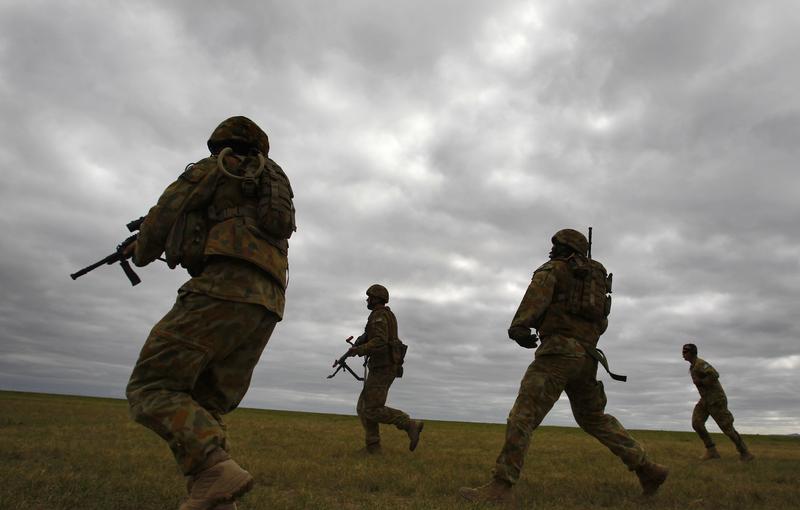 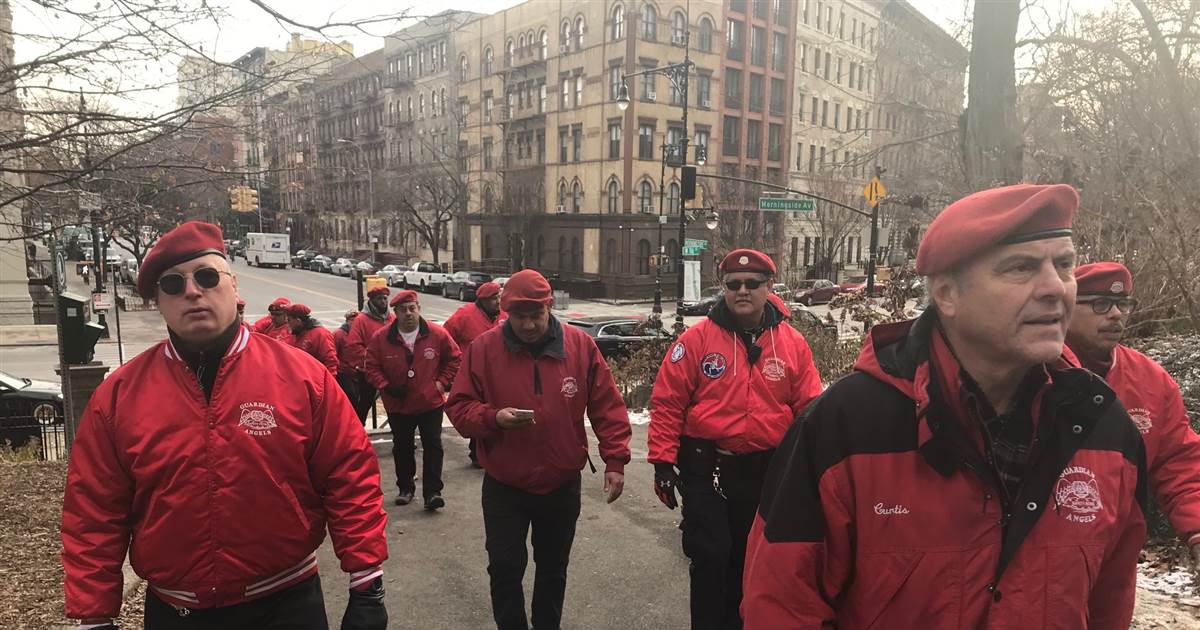