Trent Alexander-Arnold’s place in the England team has long been a thorny subject for both the Liverpool man and Gareth Southgate, but his second-half display against San Marino won over ITV pundit Lee Dixon on a night to remember for the Three Lions.

The emphatic 10-0 triumph over San Marino on Monday night stylishly clinched England’s place at the 2022 World Cup in Qatar.

Alexander-Arnold was handed a rare start for England – just his 16th cap – and at first struggled to impress in Dixon’s eyes. 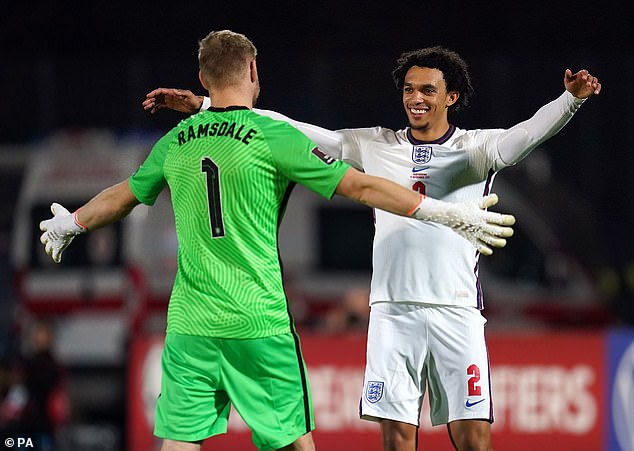 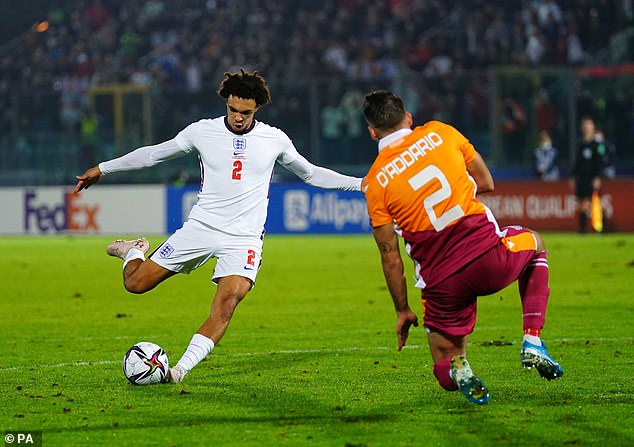 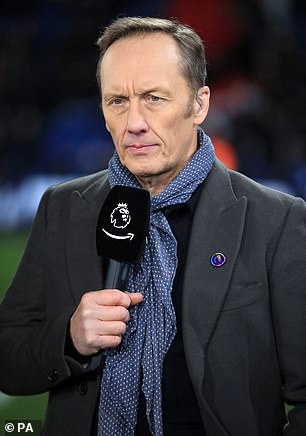 The Liverpool right-back, a Champions League and Premier League winner, has long struggled to replicate his flamboyant Anfield form in an England shirt – a cause for scrutiny on Southgate as well as the 23-year-old himself.

At one point, with Reece James warming up, Dixon predicted it would be for the Liverpool full-back who the ITV pundit felt unimpressed by on Monday night.

‘We see James getting ready to come on and it looks like Trent Alexander-Arnold might come off,’ Dixon said. ‘His body language is not great. It’s been a difficult evening.

‘It looks like he’s just tried a bit too hard. His passing hasn’t been quite right. Been caught in possession a few times. I think it’s only natural with all the speculation of whether he should be in the team or not.’

But Chelsea man James replaced captain Harry Kane – who had already fired in four goals on the night – and Alexander-Arnold remained in place.

It prompted a u-turn from Dixon on his assessment of the Liverpool man.

‘We know the quality that Trent Alexander-Arnold’s got,’ Dixon said when he assisted the Mings goal. ‘It looked a little bit behind him.

‘It was a really good header. [He] gets ahead of it and then just waits and guides it into that far corner. The pace of the ball did the job.’ 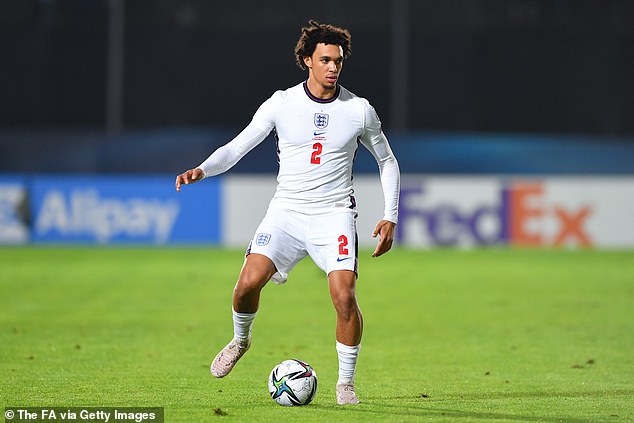 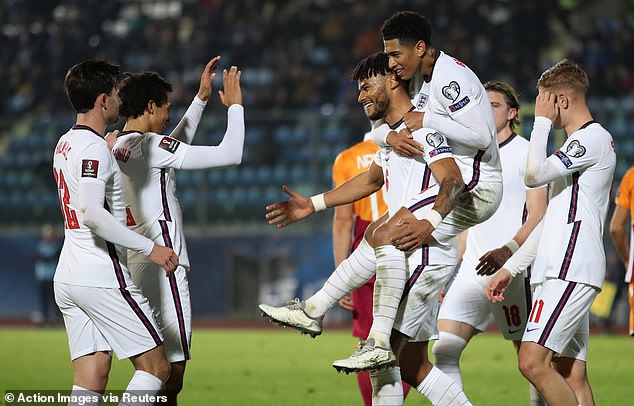 Dixon was equally impressed by Trent’s pass for Roma striker Abraham’s goal, saying: ‘It’s a lovely ball in, the cushion on his knee just softs so it drops onto his foot. Great little ball in that.

‘Just a little soft touch there to set himself up. Defender can’t get anything on it. Great ball, that is, right into the space.’

Dixon then remarked again on Alexander-Arnold’s body language when he set up Saka for England’s 10th goal of the night.

‘Body language of Trent Alexander-Arnold there, smiling. This is what he can bring to a team,’ Dixon said.

‘Superb quality on the ball putting the ball into the danger area with the right amount of pace, right type of cross. Just a little dink and Saka’s just waiting for it. Defence is all over the shop but the delivery is superb.’ 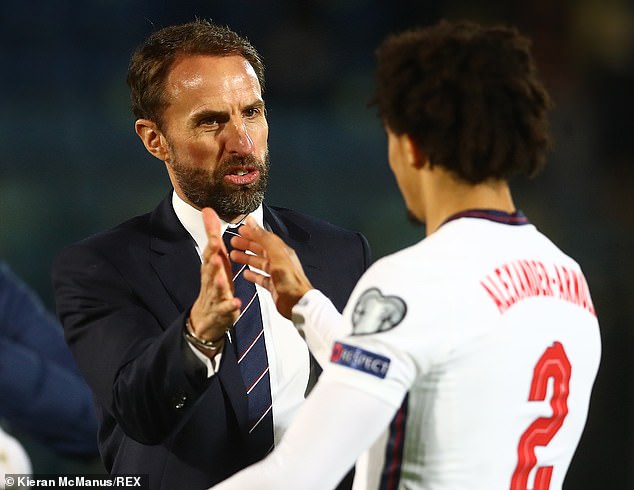 The Liverpool defender was clearly pleased with his night’s work, taking to Twitter after the match saying: ‘Trent AAA – see you in Qatar’ in reference to his three assists.

And England boss Southgate was pleased with Alexander-Arnold too, saying in his post-match quotes: ‘For him to have an enjoyable England night is important.

‘He showed his quality with a couple of assists and he will go back home feeling a big part of what has happened.’ 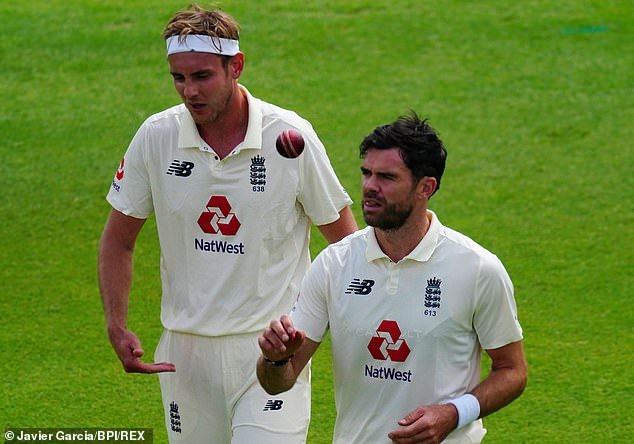 NASSER HUSSAIN: Shambolic England bowling has let Pakistan off the hook… and Jimmy Anderson was most culpable on day one of the […]

Saunders — a 25-year-old Black, LGBTQ athlete — raised her hands and crossed them to form an X when she was on […]