“Did the leader say we need to settle it right here on the spot?” one of them can be heard asking. “Yes,” the other replies, as he proceeds to move a table the corgi was hiding under, and strike the animal on the head with the crowbar. The dog whimpers and runs off camera to another room.

The unsettling scene, captured by a security camera and shared online by the dog’s owner, shows the last moments before the pet was killed in its home by Covid prevention workers in the Chinese city of Shangrao, in southeastern Jiangxi province, on Friday, while the corgi’s owner was undergoing compulsory quarantine in a nearby hotel.

The killing of the dog, which triggered a massive outcry on Chinese social media over the weekend, is the latest example of the extreme measures taken by local authorities in China in pursuit of zero-Covid.

Local authorities in China are under tremendous pressure to curb infections, as a renewed Delta variant outbreak continues to spread across the country. So far, more than 1,300 cases have been reported in about two-thirds of provinces in the country.

Amid the outpouring of shock and anger, the dog’s death has sparked heated debate about animal rights, as well as no shortage of reflection on just how far unchecked government power can be expanded during the pandemic at the expense of individual rights.

The residential community where the dog lived is under lockdown due to a handful of confirmed Covid-19 cases. All residents were required to enter into government quarantine on Friday, and were not allowed to bring their pets with them, the owner said on Weibo, China’s Twitter-like platform.

The owner, whose surname is Fu and has so far tested negative for the virus, said community workers had repeatedly reassured her before she left for quarantine on Friday morning that they would not take away or kill the dog during the building’s disinfection. But by the afternoon, Covid prevention workers had barged into her apartment to hit the dog, according to the owner.

“The dog tried to avoid the beating and fled into the bedroom, and therefore it wasn’t recorded by surveillance camera, but (I) could hear faint wails. A few minutes later, they said they’ve dealt with it and would take it away, holding a yellow plastic bag in their hands,” she wrote in a since-deleted post.

“Even now I don’t know whether my dog is alive or dead, and where it has been taken,” she added.

In a statement late on Saturday, the local government of Xinzhou district, where the complex is located, confirmed the dog was killed as part of the need to “thoroughly disinfect” homes in the community.

But it admitted Covid prevention workers had “safely disposed” of the dog without communicating fully with the owner. The workers involved had been criticized and removed from their positions, it said, adding they had apologized to the owner and gained her understanding.

On Weibo, however, the owner claimed she was pressured by local authorities and her employer to delete her posts. CNN has reached out to the owner, who was not named by the government, and the Jiangxi provincial government for comment.

It’s not the first time Chinese authorities have killed pets as part of their stringent Covid response. In September, three cats in the northeastern city of Harbin were killed after testing positive for the virus without consent from their owner, who was in hospital quarantine after contracting the virus.
Not all local governments are as stringent when it comes to dealing with pets, however. In January, Shanghai authorities were widely praised for allowing residents to bring their pets into centralized quarantine with them.

Animals in different countries have contracted Covid-19, including domestic pets, zoo animals and livestock, with humans the primary source of these infections.

But although scientists say Covid-19 likely originated in animals before becoming widespread among humans, there is no evidence animals are playing a significant role in the spread of the virus to people, according to the US Centers for Disease Control and Prevention.

And in the latest incident, the dog was killed before it was even tested for Covid, according to the owner.

“When they hadn’t even confirmed whether the dog was negative or positive (for Covid), they barged into the owner’s home and beat the dog to death. Is this the management level of the government?” a top comment on Weibo said.

In its statement, the district government said residents had been asked not to lock their doors before they left for quarantine, and Covid prevention workers opened the owner’s door by force under the witness of police officers.

The move has sparked a fierce backlash from pet owners and sympathizers, while others see it as a necessary sacrifice for the “greater good” of society, arguing that human lives are more important than animals’.

But for some, there is another crucial question to be asked: just how much more power has the government amassed in the name of Covid prevention, at the cost of individual rights and liberties?

“From the earlier killing of the three cats to today’s killing of the dog, it’s getting worse and worse. The so-called debate around ‘animal rights’ is merely a camouflage — the issue at heart here has always been the wanton infringement of individual (rights) by the endlessly expanding state power,” a comment on Chinese social media site Douban said. The German chancellor suffered a mauling at the polls, with the far-right, anti-Muslim Alternative for Germany (AfD) party entering the Bundestag for […] 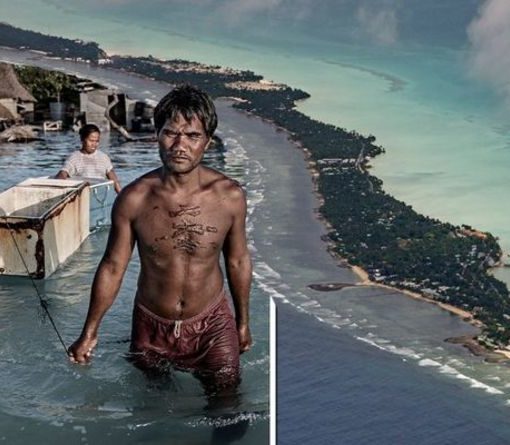 NEW YORK, Dec 21 (Reuters) – Wells Fargo & Co said on Tuesday it has delayed its plans for employees to return […]