But for the Norway and Sampdoria star, there’s one game that he and humanity cannot afford to lose.

The climate emergency is fast approaching extra-time, but can he and the football community be the vehicle to deliver a game-changing moment?

Two recurring words come to light when speaking with the mild-mannered midfielder: purpose and potential.

For Thorsby, it’s football’s marriage with the natural world that provides the drive behind both impulses.

Growing up, the fair-haired Norwegian was conscious of “all the possibilities that nature gave [him]” with the very game he loved itself dependent on the living, breathing ecosystem around it.

His awareness of the changing environment was brought into sharp focus when leaving his homeland as an 18-year-old to sign for Dutch top-flight outfit Heerenveen.

It was a moment which left him questioning both the world around him and his very purpose as a footballer — but also one that would come to define who he is today.

“When I started speaking about [climate] six, seven years ago, approximately […] it was very hard getting through to my colleagues, other players and also the clubs,” he admits.

“Being a professional athlete and football player is a very personal project. It’s an egoistic project.

After consultations with his parents, a decision was reached.

“The best thing I can do is become as good as possible in football and keep on using my voice and spreading the word,” he says with a smile.

How then to rally the wider football community to regain mankind’s balance with nature?

The mission statement is one of engaging and empowering players and clubs around the world to take on environmental initiatives and spread the word to the game’s 3.5 billion-strong global community.

“It was the reaction by me being an engaged individual in the football world that I was missing,” he says of his motives.

And the mechanism to enable this scaling up? Social media.

Quite simply, as Thorsby puts it: “If we can get the word out to three-and-a-half billion people, that could make a huge difference.”

In practice, Thorsby hopes to launch a sustainability league in Norway next year with the goal of establishing coaching programs to help “greenify the football community.”

It’s a project which he hopes will sow the seed for the football family to make an impression on the wider community.

“The argument that politics and football is not related is no longer valid,” he says.

“We need to find solutions across borders, across culture, across religion — all these things that football can bridge.

“The industry is realizing this wave is coming — there’s no turning back.”

READ: Mocked by some, but ‘green’ soccer club wants to save the world

Sport has as much reason as any other industry to care about the climate crisis with major events already feeling the effects of extreme weather patterns.
Typhoon Hagibis brought widespread flooding and landslides as Japan hosted the 2019 Rugby World Cup; smoke from bushfires ravaging the country disrupted last year’s tennis Australian Open; and the remnants of Hurricane Ida wreaked havoc at this year’s US Open tennis championship.
A study published last year by the Rapid Transition Alliance forecasts that, in time, extreme weather events and sea level rises caused by climate change will flood stadiums and playing fields.

Heatwaves and heat stroke will threaten the health of both players and fans alike.

With the consequences of inaction becoming ever more tangible, Thorsby is convinced matters of sustainability and climate are growing larger and larger in the minds of the football community.

Fan outrage at the ill-fated attempt of a Super League earlier this year was proof that wide-scale mobilization on a matter so dear to fans’ hearts is possible.

It was a reaction the Norwegian says was “pure [and] that’s real.”

And with the distance between the game’s power brokers and fans seemingly the widest it has ever been, for Thorsby, it’s the players who “are the key elements in the football industry.”

“If you’re a player today, you would never play for a racist club, no matter what money was involved,” he explains.

“The same thing I think will happen when it comes to climate. You will see a shift [with] players choosing to play for clubs that actually take this social responsibility.

“That can also create a bigger value for football. I think it’s just a matter of time before it starts to happen.”

READ: The sporting opponent that could beat every single athlete

It’s why the sharing of existing knowledge is instrumental to equalizing what he calls “an imperfect system.”

The world, as Thorsby sees it, is split between the informed and the uninformed with the task now being to bridge that divide.

“We’re in the very difficult phase because nothing is sustainable because we don’t have a solution,” he says candidly.

“You can’t blame somebody who is not aware and not taking the right decisions. The people who are informed, [they] have to now start to take responsibility.

“The people who is not [informed] we have to make them aware, so they can start to make concrete action.”

While Thorsby acknowledges that, at least in the short term, the game largely remains without practical tangible solutions to take on the climate emergency, we can still all play our part.

He sets out three basic principles: first, assess how we can cut down our own footprint; second, educate ourselves and influence others on environmentalism; and third and perhaps most importantly, use our voting powers to elect environmentally conscious representatives.

Small steps but with the collective potential for a bigger change.

Perhaps the most important step on this journey of change is to create awareness.

He sings the praises of Swedish climate activist Greta Thunberg — whom he regularly retweets — describing her as “unhuman.”

“She’s the perfect example we’re all trying to look up to and we need that role model.”

And it’s in that spirit that the skilled midfield operator has made a symbolic and significant statement this season.

“Before every season we have the ability to change the [shirt] number. And I was thinking ‘What can I do?’,” he explains.

“I saw the No. 2 shirt and I was thinking that can symbolize the primary objective in the Paris Agreement on limiting global warming to above two degrees.”

Thorsby, who joined Serie A club Sampdoria in 2019, had previously worn the No.18 shirt.

Nearly 200 countries have signed up to the 2015 Paris Agreement which ideally sought to limit worldwide temperature increase to 1.5 degrees by 2030.

“Of course, I wanted to have the 1.5 [degree] shirt — but I mean, that’s quite difficult on the football shirt to have 1.5! So I had to stick with the two,” he laughs.

“I will keep on playing with the No. 2 until we see that we reach that goal.”

Thorsby was speaking to CNN Sport before the publication of a UN Environment Programme report which concludes that the latest set of global climate pledges fall far short of the desired 1.5 degree target.

Under countries’ current targets, the world will continue to warm to 2.7 degrees, according to UNEP.

It’s little surprise, therefore, that the forthcoming COP26 summit in Glasgow is being viewed as a once-in-a-lifetime opportunity to hit the reset button on the climate crisis.

“We have to be hard on ourselves and say that we haven’t done much things right the last 30 years,” he admits.

“We’ve been doing things not in denial but without the right information.

And for all the talk of urgency, clear, real-world actions are now needed.

So how long does he believe the world has to turn the tide?

“The next 20 years will be decisive of where we go and probably also what the world will look like in the next 1,000 years.”

The reality is stark, and the outlook unpredictable, but it’s now up to us to collectively take Thorsby’s ball and run with it.

Celtic exacted the perfect revenge on CFR Cluj, architects of their Champions League downfall, with a victory every bit as comprehensive as […]

Speculation around the future of Chelsea midfielder Jorginho is heating up like an August Friday morning in London, after his representative provided […] 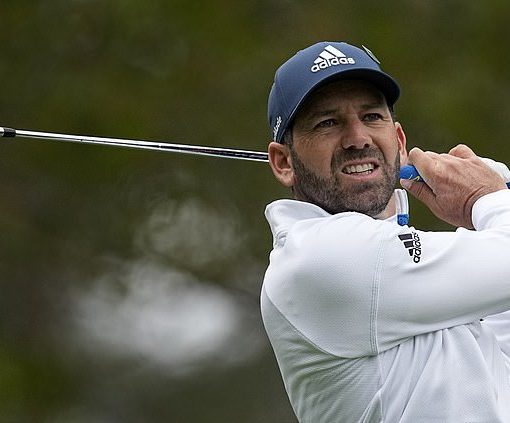 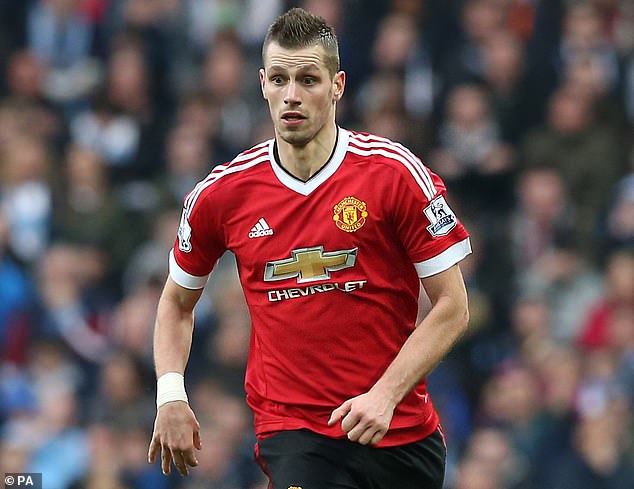 ‘It is certainly my fault, I should have been more patient’: Morgan Schneiderlin blames himself for failing to make the grade at […]