An experimental antiviral drug with a controversial history may become the first oral medication to help combat the pandemic. Last week, Merck & Co. announced that treating people recently infected with SARS-CoV-2 twice a day for 5 days with a pill called molnupiravir reduces their risk of hospitalization and death by 50%. The compound, which prevents RNA viruses like SARS-CoV-2 from copying their genes, was in clinical trials for flu before the pandemic and emerged from efforts to treat a virus that causes encephalitis. Last year, a whistleblower argued that its original biotech backer inappropriately sought federal money for COVID-19 clinical trials. And in an earlier study, molnupiravir did not help patients already hospitalized. But it proved so effective in recently infected people that an independent oversight board stopped Merck’s clinical trial early. The study included 775 nonhospitalized people who enrolled within 5 days of their first COVID-19 symptoms and had at least one risk factor for developing severe disease. The results have not yet been peer reviewed, and Merck has not announced a price. Molnupiravir joins two other antiviral options already available: remdesivir, which some studies have shown to reduce hospital stays in some patients, and monoclonal antibodies. Unlike molnupiravir, both must be given intravenously or by injection.

Long periods of heavy restrictions [have] not got us to zero cases.

NASA last week decided not to rename a flagship astronomy mission, the James Webb Space Telescope, after an investigation into claims that Webb, NASA’s second administrator in the 1960s, was complicit in efforts to root out and fire gay and lesbian government employees. In the early 2000s, former NASA Administrator Sean O’Keefe chose to memorialize Webb for his leadership of the Apollo program and promotion of the agency’s science. But earlier this year, four astronomers argued that documents in the U.S. National Archives indicate Webb, while at the Department of State, passed homophobic material to senators during the “lavender scare” that began in the 1940s. Hundreds of astronomers signed a petition calling for a renaming; it noted that while Webb was NASA administrator, the agency fired an employee suspected of being gay. The petition calls for NASA to choose “a name that stands for a future in which we are all free.” In a statement, NASA Administrator Bill Nelson said: “We have found no evidence at this time that warrants changing the name of the James Webb Space Telescope.”

When the U.S. National Academy of Medicine (NAM) told its 2235 members last year that it had ousted a physician for scientific misconduct, it added a plea: “Please keep this information highly confidential, only for members.” The notice, recently leaked to Science, appeared in the members-only section of NAM’s website in December 2020. It said that 2 months earlier, NAM rescinded the membership of Eric Noji for offenses including “fabrication, falsification, and plagiarism.” (Under NAM’s 2019 Code of Conduct, members can also be expelled for sexual harassment or bullying.) Critics say NAM’s public silence may chill reporting of complaints to the academy and ignores its own landmark 2018 report, published with the other U.S. national science academies, which called for research institutions to increase transparency and accountability around behavioral standards and sexual harassment. NAM President Victor Dzau defended the public silence about Noji to Science: Announcing an ouster to the members, he said, is sufficient to deter misdeeds as well as discourage the nomination of others with track records of bad behavior for membership in the prestigious academy.

A 20-minute, kaleidoscopic, floor-to-ceiling, multimedia presentation about the birth and death of a human neuron is the centerpiece of an exhibit that debuted in Washington, D.C., last week. Life of a Neuron, created with the Society for Neuroscience, takes visitors on a tour of the vital cells inside their skulls. It concludes with a dangling neuron, stripped of most of its appendages, accompanied by the haunting sound of a hospital flatline. Other interactive parts of the exhibit capture approaching visitors with cameras and other sensors to mimic how the brain processes visual information, responds to stress, and changes as a result of addiction. The paid event, part of a trend in museums offering large-scale, “immersive” exhibits, runs through 28 November at ARTECHOUSE, an exhibition space focusing on art, science, and technology.

Academics in Mexico and elsewhere last week decried a request by Mexico’s attorney general for arrest warrants for 31 scientists and administrators on corruption charges even though a judge turned down two previous such requests. The federal Attorney General’s Office alleges that the 31, affiliated with the independent Scientific and Technology Advisory Forum (FCCyT), committed organized crime while embezzling and misusing about $12 million they received from Mexico’s national research agency. The International Human Rights Network of Academies and Scholarly Societies issued a statement calling the accusations unfounded harassment. Some suspect the prosecution is political in nature: FCCyT has strongly criticized a series of science policy decisions by the administration of President Andrés Manuel López Obrador, including a draft law that FCCyT says would reduce academic freedom, and cuts to funding and scholarships.

The United Nations last week unveiled a new, public tool that creates street-level maps of floods worldwide since 1985, which may help planners reduce deaths and property damage from future deluges. Detailed maps such as those in the World Flood Mapping Tool have been rare, especially in the Global South where devastating floods have struck in recent years. Worldwide, an estimated 1.5 billion people face hazards from intense floods, but most national flood forecasting centers lack the ability to run complex predictive models, a U.N. study found. In a related development, the U.S. Federal Emergency Management Agency (FEMA) said last week it is raising premiums for its National Flood Insurance Program to more accurately reflect actual risks, including those posed by floods worsened by climate change. The higher rates were shaped by a scientific analysis released last year that used new techniques to create an accurate flood-risk map of the contiguous 48 states. The analysis revealed that 14 million U.S. homes are at high risk of flooding; FEMA’s old map only identified 8 million at high risk.

Medicine prize awarded for research on sensing hot, coldDiscoveries that have helped explain why chili peppers taste hot and mint tastes cool—and revealed proteins that let us sense a gentle breeze or a sharp poke—have earned two scientists this year’s Nobel Prize in Physiology or Medicine. David Julius at the University of California, San Francisco, and Ardem Patapoutian at Scripps Research and the Howard Hughes Medical Institute shared the award, unveiled this week. In the 1990s, Julius led research that discovered a sensor in the skin’s nerve endings that detects hot temperatures and spicy food. A few years later, working independently, both Julius and Patapoutian found a cell surface receptor that reacts to cold—and to menthol, which makes mint taste minty cool. Patapoutian also led work that discovered key proteins that enable nerve cells to sense pressure. Based on this work, they and other researchers are now working to develop therapies that target the receptors that lead to pain.

Work on climate, atoms’ behavior wins physics prizeWork to understand how carbon dioxide drives global warming and research into the seemingly chaotic behavior of atoms in metallic lattices are honored with this year’s Nobel Prize in Physics. Half the prize went to Syukuro Manabe of Princeton University and Klaus Hasselmann of the Max Planck Institute for Meteorology for developing models that, despite the variability of weather, made concrete, long-term predictions about Earth’s climate and showed how human activity is causing global heating. The other half of the award went to Giorgio Parisi of the Sapienza University of Rome, for finding order in disordered materials such as metal alloys. Despite the apparent randomness of the atoms in the materials, he showed it was possible to identify underlying patterns, work that impacted math, biology, and neuroscience. Members of the Nobel Committee for Physics said the climate focus was a message to world leaders that climate modeling is “solidly based” in physics.

The first attempt to use the CRISPR gene-editing tool to treat a genetic form of blindness is showing hints of success. Two of six people who received the experimental therapy were able to better perceive light. One can now even navigate a maze, researchers reported last week at the International Symposium on Retinal Degeneration in Nashville, Tennessee. The ongoing phase 1/2 clinical trial, sponsored by Editas Medicine, began in March 2020 as the first to inject genetic instructions for CRISPR’s two molecular components directly into the body, instead of modifying patient cells in a dish and returning them. Trial participants have Leber congenital amaurosis type 10, caused by a mutated gene that the trial aimed to fix.

The threat of exposure to extreme heat in cities around the world has tripled since the 1980s, a study this week in the Proceedings of the National Academy of Sciences reports. U.S. scientists combined weather and satellite data to estimate the number of days when heat reaches a danger zone—the equivalent of 30°C with 100% humidity—in which people can become sick and die. As temperatures rose during the study period, so did city populations. India had more than half the global increase in extreme heat exposure since 1983.

The family of Henrietta Lacks, a Black woman whose cervical cancer cells became a widely used research tool without her knowledge, last week sued Thermo Fisher Scientific, a company that commercialized them. Lacks’s cells, collected at Johns Hopkins Hospital in 1951, became the “HeLa” cell line, used in fields ranging from infectious disease to genomics. The lawsuit, filed in federal court in Baltimore on 4 October, charges Thermo Fisher with “unjust enrichment,” saying the company profited from her tissue despite knowing it was taken without consent. The suit asks the company to transfer “millions of dollars” in profits from the HeLa cell line to her estate. The suit also seeks to block sales of the cell line without the estate’s permission.

U.S. wildlife officials last week said they plan to declare the iconic ivory-billed woodpecker (Campephilus principalis) and 22 other species extinct, removing protection under the federal Endangered Species Act (ESA). Previously, the Fish and Wildlife Service had removed just 11 species because of extinction over the ESA’s nearly 50-year history. In the 2000s, birdwatchers reported sighting the woodpecker, once the United States’s largest, for the first time in decades, but the reports were never fully confirmed. Other species slated for removal include 10 additional birds (most native to Hawaii), eight mussels, two fish species, a bat, and a plant. Many were likely already extinct when the ESA was enacted in 1973, highlighting the importance of protecting wildlife from threats like habitat loss while there is still time, conservationists argue.

Wisconsin’s Department of Natural Resources this week authorized hunting of 130 gray wolves in November. That’s less than the quota of 300 backed by a state board of political appointees, but scientists had urged little or no hunting to allow for studies of the population’s sustainability—a position that the neighboring states of Michigan and Minnesota have also taken for their gray wolves. Wisconsin’s green light for hunting, and the lifting of protections under the federal Endangered Species Act nationwide in January, have contributed to reducing the state’s gray wolf (Canis lupus) population by 30% from 2020 to 2021, to about 700. 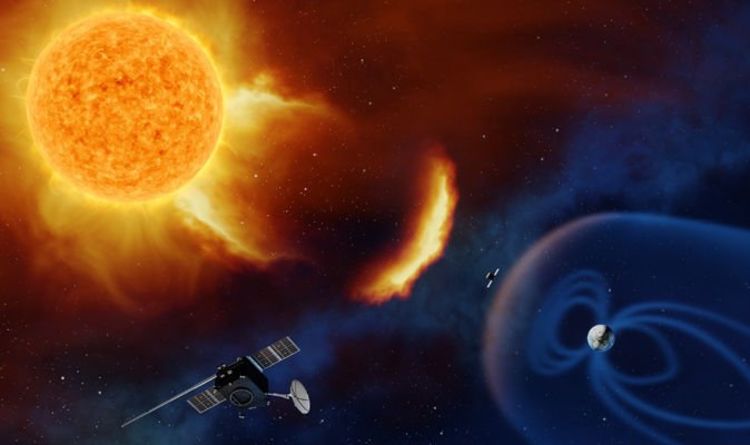 The hole, known as a coronal hole, has emerged on the upper atmosphere on the sun, unleashing a barrage of cosmic particles […] 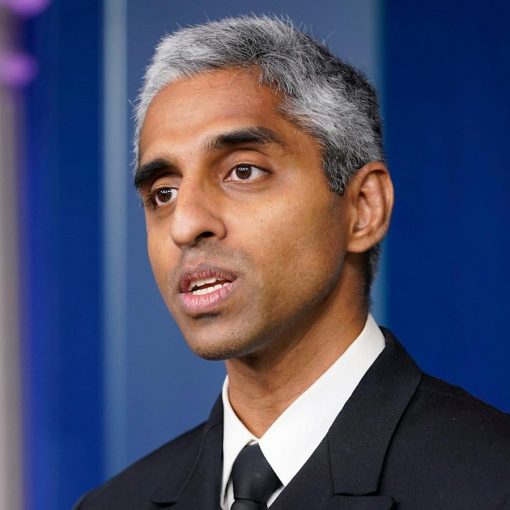 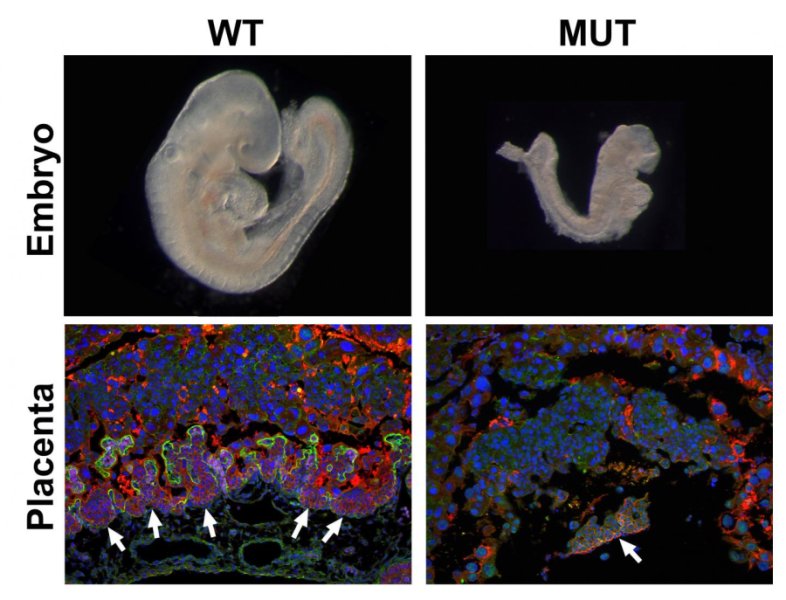 The role of the placenta in fetal development is being seriously under-appreciated according to scientists. A team studied 103 mutations linked to […]