Rewind to the first day of March seven years ago. Newcastle were 3-1 up at Hull when a switch deep inside Alan Pardew’s head finally tripped and the Football Association faced one of football’s darkest disciplinary hours.

As David Meyler accelerated towards the away technical area in the hope of taking a swift throw-in, his path was blocked by Pardew. To wholesale amazement, Newcastle’s manager promptly head-butted the Hull midfielder.

The final score – 4-1 – proved the most academic of footnotes to a game which left the visiting manager in hot water. After receiving an unprecedented FA stadium ban and being swiftly signed up for anger-management counselling, Pardew appeared fortunate to keep his job.

Those who knew him well saw things slightly differently. They were convinced the butt was a symptom of a very different problem, namely the pressure of working for Newcastle’s owner, Mike Ashley.

Although Pardew’s colleagues were shocked – it was entirely out of character for an often extremely generous, glass half-full type of man was the repeated refrain – they were not entirely surprised. After all, the manager had been under prolonged stress and, although he often hid it well, the mental toll was showing. When he suspected Meyler was about to deliberately barge him – although in reality the midfielder was desperately striving to avoid jarring a reconstructed, still fragile knee – something flipped.

In many ways the Hull head-butt is emblematic of the extreme frustrations engendered in virtually all corners of Newcastle during the often extraordinary, and invariably eccentric, 14-year Ashley regime, which is set to end with the club’s sale to a Saudi-led consortium.

As Chrissie Hynde and the Pretenders reminded us, it’s a thin line between love and hate, and it is easy to forget that the Sports Direct owner and his new Geordie public initially enjoyed an extended honeymoon.

Back in 2007-08 fans delighted to see the back of Newcastle’s former owners – Sir John Hall and Freddy Shepherd – eagerly embraced, sometimes literally, the rotund, then 43-year-old retailer who not only bought them pints in the city’s infamous Bigg Market but also trawled the local nightspots. Ashley made trips to Blu Bamboo and Buffalo Joe’s – a wild west theme bar complete with bare-chested dancers and a mechanical rodeo bull – and took an excursion to an away game in a white van shared with fans.

Along the way, Sam Allardyce was sacked and Kevin Keegan anointed as his replacement in an emotional second coming. For a short while hopes of Keegan winning the title he had so narrowly missed out on during his first, mid-1990s, incarnation were revived.

Yet incrementally, and almost imperceptibly, the baffling reality of Ashley’s blueprint began intruding. Dennis Wise was, inexplicably, appointed as executive director (football) but failed to connect with Keegan. Once Derek Llambias switched from running the owner’s favourite London casino to helming Newcastle as CEO the manager became increasingly isolated.

Suddenly Ashley no longer ventured into Newcastle city centre and rarely attended St James’ Park. Supporters who believed Keegan could walk on the Tyne felt betrayed. It was all broadly comparable to the way they had once fallen in love with another former manager, Ruud Gullit, only to excommunicate the Dutchman emotionally once he dropped Alan Shearer, the local hero. At a stroke, thousands of Gullit-tribute dreadlock wigs were no longer de rigueur match-day wear but switched to the mop heads from which they had been fashioned.

Chris Hughton felt his arm was about to be torn from his shoulder as he opened his car door amid a fierce north-east wind on pulling up at the training ground for the first time after joining Keegan’s coaching staff.

Hughton came to regard that cameo as a metaphor for a Tyneside tenure punctuated by unexpected moments. On the day Joe Kinnear was controversially extracted from retirement and named as Keegan’s shock replacement he had learned enough to simply roll his eyes.

By common consensus Ashley knows little about football – Pardew received a formal warning and feared dismissal after telling reporters that his boss “does not understand the game” – and trusts only a tight inner circle.

This group – featuring his longtime PR man Keith Bishop and laywer-turned-fixer Justin Barnes – had been expanded to include Kinnear and there was no admonishment from above when this most old school of managers – now living with advanced dementia – launched into a tirade at his first press conference, repeatedly swearing at local journalists.

The news broke late in the evening on the first day of the fourth month but proved to be no April fool. Nor was it the intended quick fix. Shearer possessed impressive presence and common sense but he lacked coaching experience and, even worse, was confronted by a talented yet disengaged squad in which Michael Owen and Mark Viduka ranked among those who, mentally, appeared to have checked out of the club.

With relegation sealed, Shearer drafted a plausible rebuilding plan but Ashley, freezing him out, never responded. Soon it became apparent his short-term contract would not be extended – and it was hardly startling when the popular Shearer’sbar behind the Gallowgate end was renamed Nine.

Hughton ended up in reassuring, stabilising charge, winning promotion at the first attempt. Back in the Premier League his side thrashed Sunderland 5-1 and St James’ echoed to choruses of “Chrissy, Chrissy give us a wave” and “Walking in a Hughton Wonderland”. The manager eventually obliged, albeit tentatively, but was ticked off by his bosses for contravening orders to retain the lowest of profiles.

Two months later, with Newcastle 11th, he was replaced by Pardew. Bolstered by a raft of young, principally French, talent sourced by the club’s scout, Graham Carr – father of the comedian Alan Carr and another Ashley confidante – the newcomer started brightly. Indeed with Yohan Cabaye pulling the midfield strings, Newcastle finished fifth the following season and their coach was manager of the year.

It proved yet another false dawn. Amid a backdrop of Ashley’s, mercifully temporary, decision to rename St James’ the Sports Direct Arena and a subsequent highly contentious shirt sponsorship by the payday lender Wonga, – Kinnear reappeared as director of football. Tellingly, Pardew responded to a question about how he was coping in this structure by making vigorous chopping motions with his hands.

Kinnear eventually resigned but by late December 2014 Pardew had endured enough and turned the tables on Ashley by defecting to Crystal Palace. He left mixed memories but the club’s late tea lady Kath Cassidy would not hear a word said against a manager who offered her unstinting support after a family bereavement and, up until her death, regularly sent her thoughtful gifts.

After John Carver’s six-month interim manager role very nearly ended in relegation, Steve McClaren took a turn at the tiller. The tone seemed set when Ashley excluded most media outlets from the former England coach’s unveiling and McClaren, hampered by a similar lack of autonomy over some increasingly unsuitable signings, exited stage left inside 10 months.

Optimism soared as Rafael Benítez swept into Toon for an initial nine-game stint in March 2016. No matter that the man who led Liverpool to a Champions League win in 2005 and had most latterly coached Real Madrid failed to avert relegation, Newcastle fans were bewitched and besotted in equal measure and the romantic lurking behind Benítez’s logical, pragmatic, analytical brain returned their seemingly unconditional love.

Having confounded the European coaching fraternity by agreeing to stay on in the Championship the word from on high was “give Rafa what he wants”. An apparently close bond between Llambais’s successor, Lee Charnley, and the Spaniard boded well but optimism soon began evaporating as, shortly after promotion, the owner’s message changed and initial hairline cracks deepened.

Ashley detested being manoeuvred into perceived corners by such a practised political operator as Benítez, and the manager struggled to comprehend the attendant failure to listen to his, eminently sensible, ideas in the way that even Roman Abramovich had once heard him out over regular dinners at the Russian’s home during a successful stint as Chelsea’s interim manager. He could not fathom why Ashley was so hooked on signing only players aged under 25 and neglected a necessary training ground revamp.

By now Jonás Gutiérrez, Newcastle’s former Argentinian winger, had won adiscrimination case against the club citing discriminatory treatment after a 2013 testicular cancer diagnosis, and Benítez was not alone in clutching, increasingly, at long-running hopes of a takeover.

At varying speeds, all unravelled, leaving fans joking, wearily, about “fake-overs”. Eventually Benítez – now in charge of Everton – lost heart, hightailing it to China, leaving Steve Bruce as the next managerial cab on Newcastle’s rank.

Someone who knows Benítez and Ashley well claims they might have got on well if only the owner had taken a leap of faith, moved out of the comfort zone provided by his coterie of yes men, and began trusting the Spaniard.

Instead they rarely conversed, let alone met. Ultimately a mercurial owner who could reduce employees to tears one minute and astonish them with not merely an extraordinary command of numbers but sometimes unexpected insights the next, ended up apparently endorsing theories that he knows the price of everything but the value of nothing.

If Richard Masters and his fellow executives imagined Ashley would throw in the towel when confronted by their initial opposition to Newcastle’s Saudi-led takeover, they soon learned that represented a serious underestimation of the billionaire who left school at 16 with no qualifications but built a fortune after being given £10,000 by his parents to start a sports shop.

After 17 months of often highly nuanced, extremely technical, legal skirmishing, few opponents of the buyout will want to cross swords with him again in a hurry. 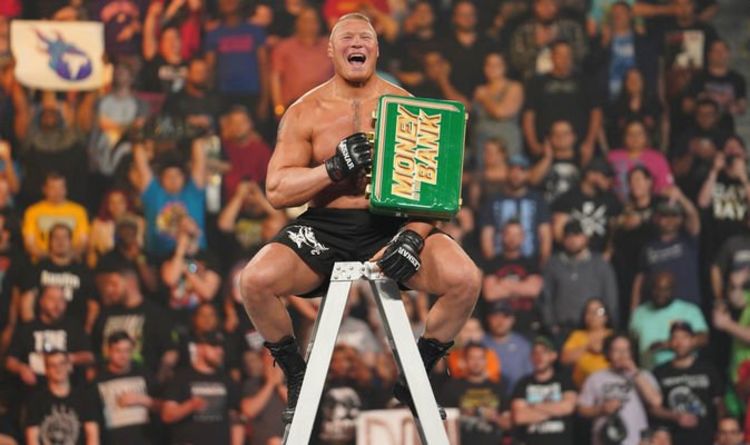 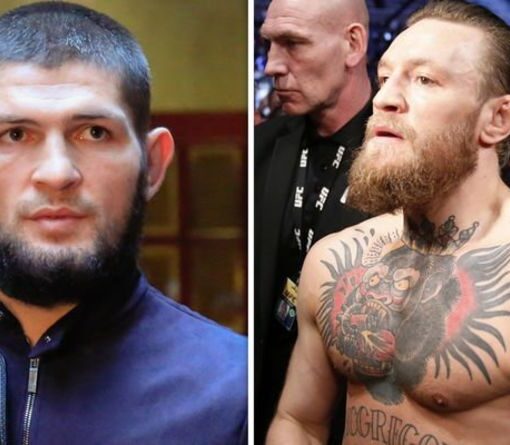 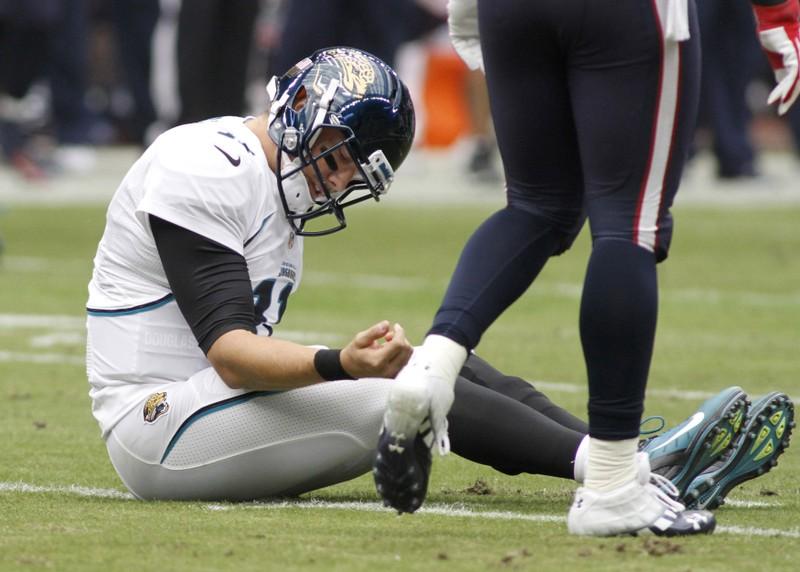