When Joseph Schneier posted his profile on the dating app OkCupid in 2016, he didn’t think anyone would respond.

He had been divorced twice and had three children, who were living with him full time in Sunnyside Gardens, Queens. When he created his dating page, he had spent the last year undergoing a gender transition.

Allie Brashears, 45, came across his post, and was charmed by his transparency. “I’d not met many people who were deeply honest,” she said. “I was struck by how open he was.”

Ms. Brashears, who grew up in Colorado, started her gender transition slowly at 38. In 2016, after she secured a job as a biology professor at LaGuardia Community College, she moved to New York from San Diego, landing unknowingly close to Mr. Schneier in Sunnyside Gardens.

“I was so intrigued by her as a person,” said Mr. Schneier, the owner of Trusty.care, a health care technology company. “She felt different than all of my relationships with men. I hadn’t been with a woman before, but she seemed magical, so it didn’t matter.”

Ms. Brashears had a strong first impression, too. “I remember how much chemistry there was between us,” Ms. Brashears said. “We had chatted on the phone and texted before we met, and we couldn’t stop talking to each other. When we met, there was a love at first sight feeling.”

Their 2 p.m. initial get-together morphed into a marathon date, which included dinner, followed by her walking him home and a first kiss.

The relationship moved rapidly, as if the date never stopped. Two months later, Ms. Brashears gave up her apartment and moved in with Mr. Schneier and his three children, ages 18, 15 and 7.

After two unworkable marriages — the first of which had been arranged, Mr. Schneier said — “This was the first time I was making a decision based on love and practicality.”

On June 30, 2018, they were married at a friend’s home in Glen Head, N.Y. The wedding theme was “country fair.” About 130 watched them say their vows under a huppah.

Though their wedding was only three years ago, much has transpired. Ms. Brashears’ first year was spent building strong, emotional and connective relationships with her new children, the eldest two of whom, Tal and Nathan, had come from Mr. Schneier’s first marriage, and the youngest, Lucien, from the second marriage.

“The hardest part was coming in as a stepparent and having them accept this person who had been pushed into their lives,” she said. “You’re committing to that person and those person’s kids. They have to become your priority. They did, and are.”

Mr. Schneier knew that getting used to life with a stepmother would be difficult, but wasn’t prepared for how challenging it would be.

“The kids were really wonderful given the fact that they had to deal with so many moving pieces — a new stepparent, the mistreatment from past partners and the fact that their main caretaking parent was transitioning,” said Mr. Schneier.

“It was particularly hard for our daughter,” he added, referring to Tal. “And it was hard to navigate these two women who I loved most in the world, but they were struggling to find themselves around each other.” But Allie was “amazing,” he said. “She had a hard road to win their hearts and for them to feel safe with her. It took years of consistent love for them to feel attachment. She bought every book she could find, read studies and came up with a game plan on how to make this work. Now she’s the first person they call if they need something.”

There were also work commitments. Ms. Brashears entered her third year at LaGuardia and was teaching and working with students 70 hours per week. Mr. Schneier, who was immersed in developing and fund-raising for his company, spent half the month traveling for work.

Both thought 2020 would prove to be an easier year since two of their children were exiting in January. Tal moved into her first apartment and Nathan was attending Babson College.

The pair were wrong. In March, Ms. Brashears underwent bottom gender confirmation surgery; this was the first of three operations to complete her transition.

“I started taking estrogen and testosterone blockers before meeting Jo and voice lessons once we were married,” she said. “I knew bottom surgery would be painful, but I wasn’t prepared for how painful and how much healing time I would need.”

“Post surgery was the first time I’d seen her cry,” Mr. Schneier said. “It was heartbreaking to hear her say, ‘I will never make it out of this body.’ I was able to see a vulnerability I didn’t see before. It deepened my respect, appreciation and tenderness for her.”

Ms. Brashears spent a week in the hospital. She recuperated at home where it became clear five weeks of recovery would not be enough.

“I was beyond black and blue,” she said. “Stitches were everywhere. It was incredibly painful. The home regimen and care was all consuming. After several weeks I could only stand for an hour. I had to go back to teaching. I had no idea how I was going to make it work.”

Then the pandemic came. Nathan returned from college. Tal moved back, too. They became five again.

“We had all bonded by then, so it felt safe that we were sheltering together,” said Ms. Brashears, who was still mending. “Jo was extraordinary, so attentive and caring. It’s hard for me to let someone take care of me. But I let Jo do it. It felt like we reached a new depth and level of love in our relationship.”

During this time, Mr. Schneier was facing his own health issues. In November 2019, he ruptured a herniated disc in his back, causing debilitating pain. Covid made having elective surgery impossible. He had mononucleosis in March. And though he maintained his testosterone levels, grew a beard, and began to navigate the world as a man, Covid made obtaining testosterone “a nightmare,” he said. “Few pharmacies had testosterone left. If your hormones get out of whack it’s really hard to deal with.”

In August, Ms. Brashears had top surgery. There were more stitches, more bruising and more recovery paired with less space. The walls started to close in for everyone.

“We hadn’t left our home for months,” Ms. Brashears said. “We couldn’t see friends or students. I had been in bed for months because of the surgeries. It was claustrophobic. It started to feel like jail. There were moments when we both thought, ‘How will we get through the next few months?’”

Mr. Schneier was in a bad place, too. He had to stop taking his depression medication because of high blood pressure, and now needed a cane to walk because of his back injury. Also, “there were a lot of laws happening about trans people, and that was terrifying,” he said.

Then came the fire pit. Mr. Schneier’s neighbor’s ordered one. He did the same.

“We were freezing, but we would sit outside, bundled up in clothing with a Russian babushka on my head, and forage for wood,” Ms. Brashears said. They would tell jokes and listen to music, and simply enjoy each other’s company. They found, as Ms. Brashears put it, “a way to reconnect.”

Mr. Schneier said converging around the fire pit “was the first magical moment we’d had in a long time. A few friends and employees came over. Our home became the place people would go to on the weekends. We found affection and love in the world again.”

On June 30, a third anniversary was celebrated, complete with outdoor dining at the corner restaurant, drinks, even flowers.

“It was sweet and tender,” Mr. Schneier said. “It’s been hard but we made it to this moment. It felt like the world was possible again.”

And with these possibilities came their authentic selves.

“I’ve settled into who I am,” Ms. Brashears said. “It was lifesaving to have these surgeries and embrace a community of women without feeling embarrassed or like an imposter.”

“I’m living my real self, but it’s challenging to know how to be a man in this moment in time and history and feel the weight of wanting to do it right,” Mr. Schneier said. “We are more ourselves right now, and that will continue to grow as well.”

There was also the resettling into each other.

“I love and respect Allie more every day,” Mr. Schneier said. “She is the only person who gives me the space to be myself. I’ve felt that since the day I met her. To see her happy and confident in her body is amazing and beautiful. She’s one of the kindest, strongest people I’ve ever met.”

“When I met Jo, he was in female presentation,” Ms. Brashears said. “At the wedding he was a young man. Today he looks like a masculine man. It’s been comforting to have a person who still sees you and still loves you. Despite all the transitions we’ve gone through, we have become more ourselves and the love for each other has become deeper and richer.” 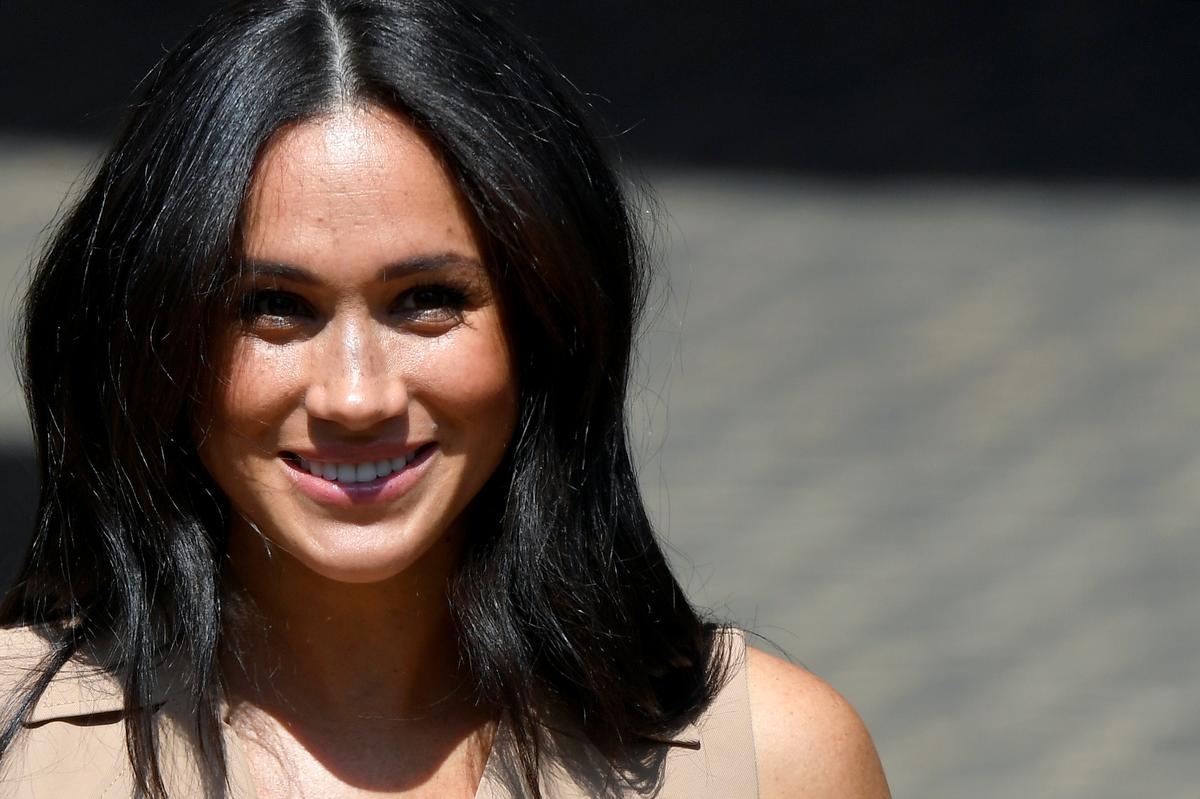 LONDON (Reuters) – Legal action by Meghan, the Duchess of Sussex, against a British tabloid for breaching her privacy had its first […] 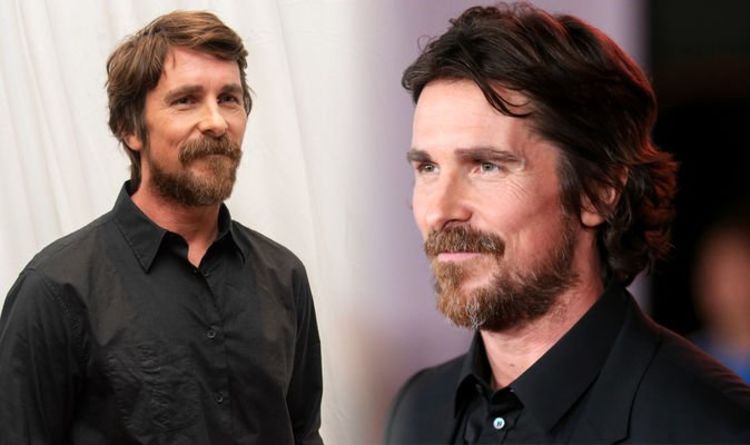 Christian Bale, 45, has undergone a number of body transformations over the years. To play Patrick Bateman in American Psycho the star […] 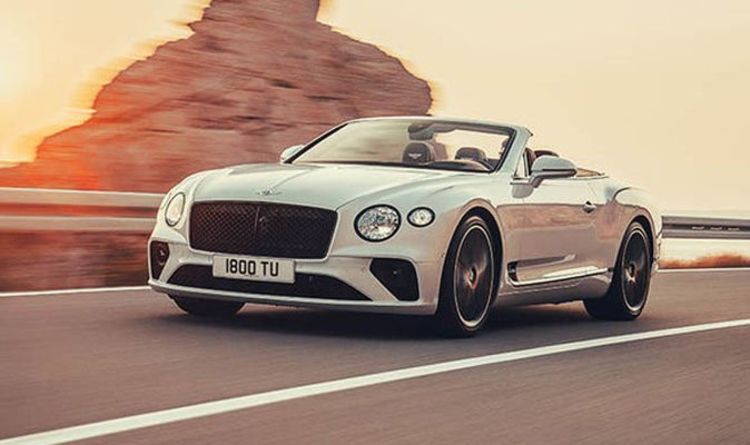 Hand-built bespoke craftsmanship and modern technology. Classless style and head-turning looks. The list goes on and on. Bentley customers are clearly not […] 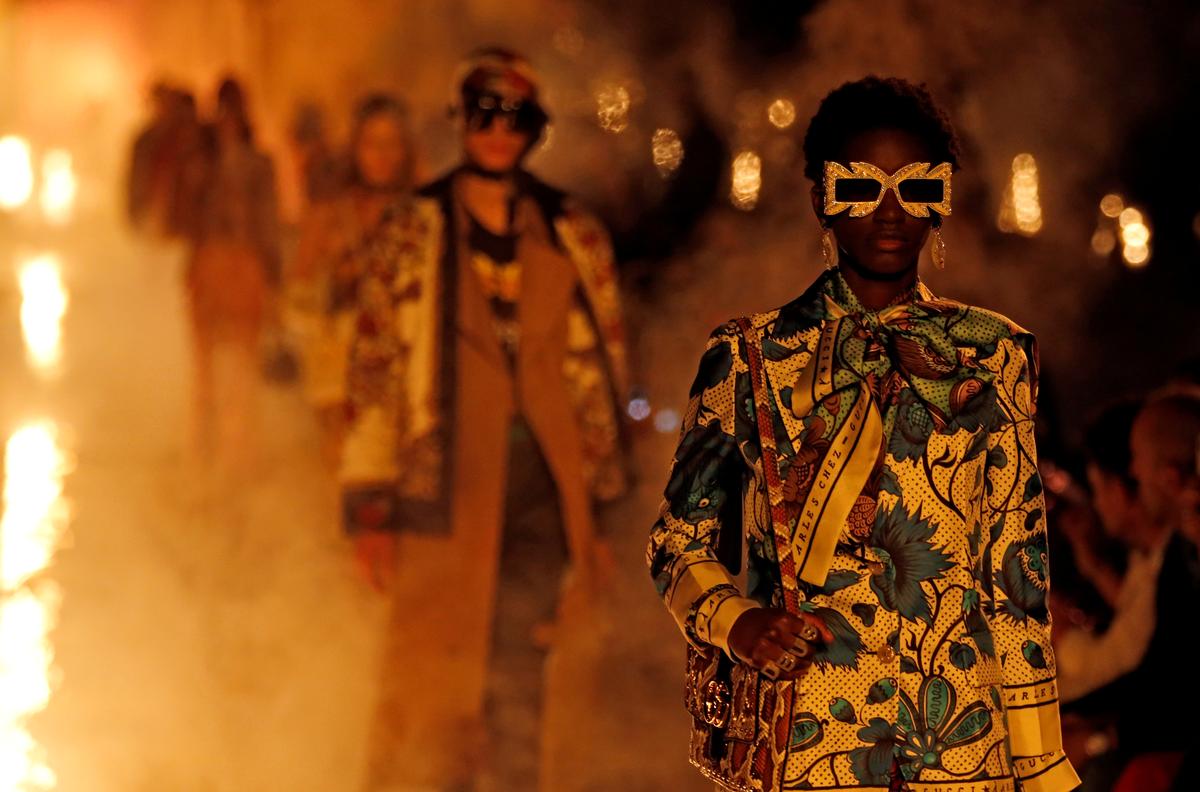