Ligue 1 served up a sumptuous weekend of football filled with local derbies and high-pressure matches. French football undoubtedly delivered, with the thrilling Côte d’Azur derby between Nice and Monaco impressing as much as the bitter Derby du Nord, where hosts Lens beat Lille to leave them in real trouble. Marseille shook off their disappointing Europa League draw with 10-man Lokomotiv Moscow, beating Rennes 2-0 to burnish their top-three credentials. Nantes went to Angers and blew them away, winning 4-1, and Lyon’s trip to Paris Saint-Germain on Sunday evening was a fitting denouement to the weekend.

Both teams were missing some key players – including Moussa Dembélé and Léo Dubois for Lyon, and Sergio Ramos for PSG – but the prospect was still an exciting one. Having won their first five league matches of the season, this was PSG’s first stern test. It was also Lionel Messi’s home debut. While the match eventually turned on a pair of contentious non-decisions, it was a thoroughly entertaining game, and one that showed there will be quality in France this season beyond the confines of the Parc des Princes.

Messi’s first appearance in Paris, playing alongside Kylian Mbappé and Neymar, was the story being sold by PSG. However, Lyon should not be seen as mere supporting actors. Granted, some of Mauricio Pochettino’s decisions played into the visitors’ hands but, considering that Lyon won a hard-fought game against Rangers in the Europa League on Thursday night and only returned to France on Friday morning, their performance was excellent.

Given their injuries, Lyon manager Peter Bosz was not even able to rotate. The team was virtually unchanged from the side that beat Rangers 2-0, with just Houssem Aouar making way for Xherdan Shaqiri. With Aouar on the bench and Lucas Paquetá able to play a more natural central role in a 4-2-3-1, Lyon gave as good as they got. Karl Toko-Ekambi tormented Thilo Kehrer down the left, and it was his inch-perfect low cross that set up Paquetá to open the scoring for Lyon.

Lyon’s two full-backs – Emerson, who is on loan from Chelsea; and teenage academy product Malo Gusto, who started in place of the injured Dubois – also impressed. The Italian offered little going forward but he did well to shackle Messi and Ángel Di María, even if Kehrer made his task easier by rarely going forward. On the opposite flank, Gusto showed plenty of promise. Despite a couple of lapses – he conceded the (harsh) penalty from which PSG equalised and did not get close enough to Mbappé to prevent him from setting up Mauro Icardi’s late winner – the 18-year-old got forward consistently and rendered Neymar all but invisible for large stretches of the match, offering a bravura performance that belied his youth.

Jérôme Boateng also turned in a decent display, even though he is still working his way back to full fitness. He looked assured in the Lyon defence and made more than a handful of vital interventions. One has to wonder whether Lyon would have conceded the winner had the World Cup winner still been on the pitch. Further upfield, Shaqiri looked less lively than he did in the 3-1 win over Strasbourg last weekend, but in general Lyon’s new faces seem to be settling in well.

Lyon relied heavily on individuals last season – namely Memphis Depay – but Bosz has his side working as a collective, pressing high up the pitch and playing aggressively. Even against a team like PSG, who are so dangerous on the counter thanks to Mbappé’s pace and Di María’s range of passing, Lyon stuck to the plan and it nearly worked. The outcome could have been very different had Di María been sent off for a raking challenge down the shin of Maxence Caqueret early on, a foul for which he only received a booking.

Lyon will struggle with what seems to be a lack of depth until they get the likes of Dubois, Dembélé and even forgotten man Jeff Reine-Adélaïde back into the fold. Their performance against PSG and strong start in Europe will give fans hope, however. A repeat of last season’s title tilt seems unlikely, but the gloom that engulfed the club a month ago has turned to optimism. If their signings continue to play well and the squad absorbs more of Bosz’s lessons, the good times seem likely to continue.

Marseille cruised to a 2-0 win against Rennes, which leaves them second in the table – a point above third-placed Lens with a game in hand. Marseille rebounded well after conceding a late equaliser in Moscow on Thursday. Much like his Lyon counterpart Bosz, Jorge Sampaoli made few changes, bringing Dimitri Payet back into the team after he had missed the 2-0 win over Monaco last weekend due to suspension, and picking Léo Balerdi to replace the suspended Álvaro González. The hosts, urged on by a raucous home support, were excellent, dominating possession and forcing Rennes backward almost at will. It remains to be seen if Sampaoli’s approach can be sustained over a long season, but it will be exciting to watch.

Rennes, however, seemed to be suffering after their European exertions, but at least Bruno Génésio’s side have an excuse after a riveting 2-2 draw against Spurs on Thursday. Excuses may start to wear thin, however, if this expensively assembled team do not win soon. Losing three games in a row while failing to score a goal would be worrying for any team, but it’s especially concerning for one with a summer net spend approaching €40m. More comfortable fixtures lie ahead in the form of Clermont and Bordeaux, but if Génésio’s attack does not click soon, he may become the first Ligue 1 manager sacked this season.

Finally, a word on the shameful scenes in Lens on Saturday. The supporters at the Stade-Félix-Bollaert are some of the most colourful in France, and they were always going to be up for a derby, especially given their side’s brilliant start to the season. However, the extremes to which both sets of fans went – with seat-throwing and confrontations culminating in a pitch invasion – have no place in football. A commission is set to meet this week to decide what punishment will be meted out. It’s clear that this incident – the third already this season following events in Nice and Montpellier – has become part of a trend. The league must act decisively to clamp down on this behaviour. 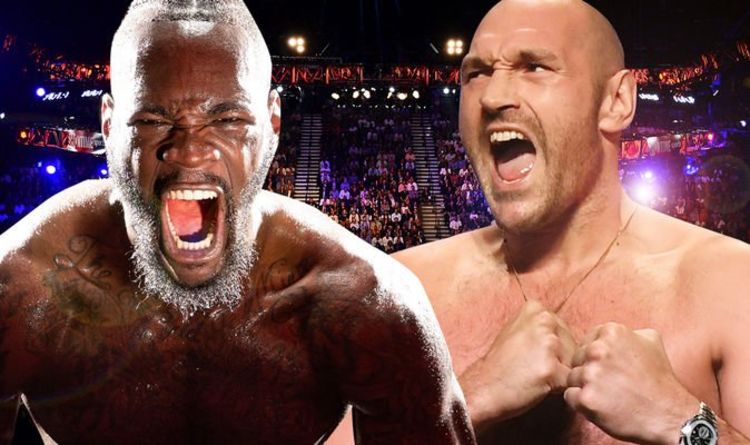 After their first fight was announced, only a handful gave Tyson Fury a chance of upsetting Deontay Wilder following a hellacious two-and-a-half […]