Yellow school buses are plying the streets again, and cafeterias are abuzz. In the United States and abroad, children are back in school, many for the first time in 18 months. Those who are 12 and older can be vaccinated, and wearing masks and distancing are common in schools. But as the highly contagious Delta variant proliferates, administrators and public health officials are grappling with whether and how to incorporate another layer of protection: routine mass testing of students and staff. “Delta has changed the risk calculus in a lot of ways,” says Amy Greer, an infectious disease epidemiologist at the University of Guelph. What’s more, “We have suboptimal vaccine rates, and we have entire cohorts of young kids who are fully unvaccinated.”

The risks are already coming into focus: Nearly 1700 U.S. schools that began the school year in person have had to shut because of COVID-19 cases, according to burbio, an organization aggregating school data. Many scientists believe intensive, regular testing should help prevent in-school spread. Some schools, cities, and even entire countries are already testing asymptomatic children as well as adults, swabbing millions of noses or collecting saliva on a grand scale. Last week, the Biden administration urged U.S. schools to routinely screen unvaccinated staff and students. But access to mass testing and quick results is spotty, and data on how well different methods control spread in schools are sparse.

Last year, measures such as mask wearing, distancing, and ventilation generally kept the virus at bay in schools that held in-person classes, says infectious disease modeler Meagan Fitzpatrick of the University of Maryland School of Medicine. Large school outbreaks were infrequent. “That,” she says, “was a huge relief.” But then came the Delta variant, which is at least twice as transmissible as the original pandemic coronavirus.

With no protections, a Delta case in an unvaccinated person is estimated to infect about six unvaccinated people. Computer models such as Fitzpatrick’s suggest the number plummets in a school with excellent safeguards, but it’s still about double the pre-Delta risk. “That is just a huge shift in the outbreak potential of your school,” Fitzpatrick says.

Last month, Julie Swann, a systems engineer at North Carolina State University, and her colleagues made headlines with a preprint suggesting school-age children would be highly vulnerable to contracting Delta this fall—but regular, widespread testing could slash that risk. In a computer model, her team found that when there’s universal masking and one-half of a school’s population has immunity from either prior infection or vaccination, about 24% of unvaccinated students would be infected by mid-December. Testing one-half of all students weekly sliced that number to 13%. A model by Fitzpatrick and others found, similarly, that weekly universal testing prevents about 50% of in-school transmission.

Around the world, schools are trying a range of strategies. In Germany, schools test unvaccinated students and teachers two or three times a week, relying on rapid tests that give results in about 15 minutes. The United Kingdom urges twice-weekly testing for those 12 and older for at least the first month of school, also using rapid tests. The Los Angeles Unified School District is spending $350 million to administer about 500,000 slower, more sensitive polymerase chain reaction tests once a week to all staff and students. And Pennsylvania is offering schools “pooled testing” that combines samples from a group, such as children in one classroom; if the pool flashes positive, students can then be tested individually.

How these efforts will play out is unclear. “There is definitely uncertainty” about the ability of mass testing to stem school outbreaks, says Kanecia Zimmerman, a pediatrician at Duke University who has been studying schools across North Carolina for more than a year to help them reopen and stay open safely. “Let’s generate the evidence.”

Zimmerman’s team is probing the value of one testing strategy called surveillance, which regularly samples a random subset of the population. Among participating schools, between one-third and one-half of staff and students who opt in are tested each week, and the results are compared with other schools that aren’t in the testing program. So far, this approach “doesn’t seem to help,” she says, though her group is still analyzing data and hopes to publish later this fall.

Zimmerman suspects more frequent testing on more people would work better. “I’m a little skittish about once a week,” even on everyone, “really being enough.” Delta replicates so rapidly in the nose that twice-weekly testing may net more infected people early on, when they are contagious but don’t yet have symptoms.

One major hurdle Zimmerman has seen is that “parents aren’t superthrilled” about testing when their child has no symptoms, because a positive result could lead to a disruptive quarantine, including for parents who can’t afford take time off work. As many as 70% of parents with children in the schools Zimmerman is working with decline the screening. Although some districts, including Los Angeles and Baltimore, mandate testing students and staff, in many places, it’s now voluntary.

In addition to getting buy-in from parents, “The school has to be willing to act on the information it receives,” Fitzpatrick says. In her computer model, weekly surveillance testing of 10% of a school’s population can stem outbreaks only if the school responds to each new case by testing 90% of its population the next day, including vaccinated individuals. This is because finding one case in 10% of a population suggests there are more.

Parents and administrators may be more welcoming of a different kind of strategy called test to stay, which can minimize quarantining after an exposure. Instead of being sent home, exposed individuals get tested daily or every other day for about a week and attend class normally. This summer, a group at the University of Oxford posted a preprint analyzing results from a spring experiment in about 200 schools. Of students and staff exposed to a positive case, half were randomized to test to stay and the rest to a 10-day quarantine. They found that allowing contacts to stay in school didn’t fuel spread; less than 2% of contacts in either group contracted the virus, and daily testing quickly caught any cases.

“We’ve been really pushing schools to do test to stay,” says Rebecca Lee Smith, an epidemiologist at the University of Illinois, Urbana-Champaign, who is helping the state bring weekly mass saliva testing to its schools. Schools in Israel are also planning to try test to stay. “I think that this program should be given a chance, in order to minimize the damage that happened last year” when many classes were quarantined, says Zachi Grossman, president of the Israel Pediatric Association.

In the United States, finding and paying for a steady supply of tests that return results quickly can be the biggest hurdle for school testing, as Fitzpatrick learned from the struggles of her son’s preschool. “If the government had said, ‘We’re going to prioritize tests that cost $1 or less,’” ultracheap tests that deliver fast results would likely be widespread, Swann says in frustration. In Germany, about 60 different rapid tests are approved for use and cost less than $1. The U.S. Food and Drug Administration (FDA) has given just a handful of at-home rapid tests the green light; one runs $24 for a pack of two tests and another about $35 for one. It wasn’t until March that FDA streamlined the process for authorizing such tests. Last week, the Biden administration’s plan noted that some major retailers will sell rapid tests “at cost” for the next 3 months, a price reduction estimated at “up to 35%”—still well above what many say is needed.

How aggressively to test may vary from place to place, depending in part on community and school vaccination rates and the degree to which local hospitals are overburdened, Swann says. In San Francisco, about 90% of 12- to 17-year-olds are fully vaccinated, and no in-school transmission has been reported yet. That said, it’s important not to become complacent, says Michael Wagner, a microbial ecologist at the University of Vienna, who has been studying testing strategies in schools. Scientists are still trying to understand how readily vaccinated people can contract and spread the virus. For now, Wagner says, “We should assume everyone can transmit.”

With reporting by Gretchen Vogel. 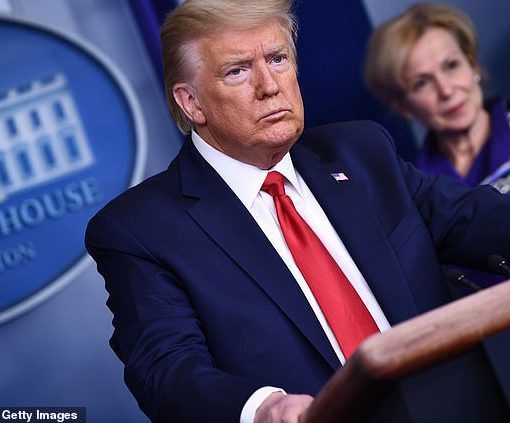 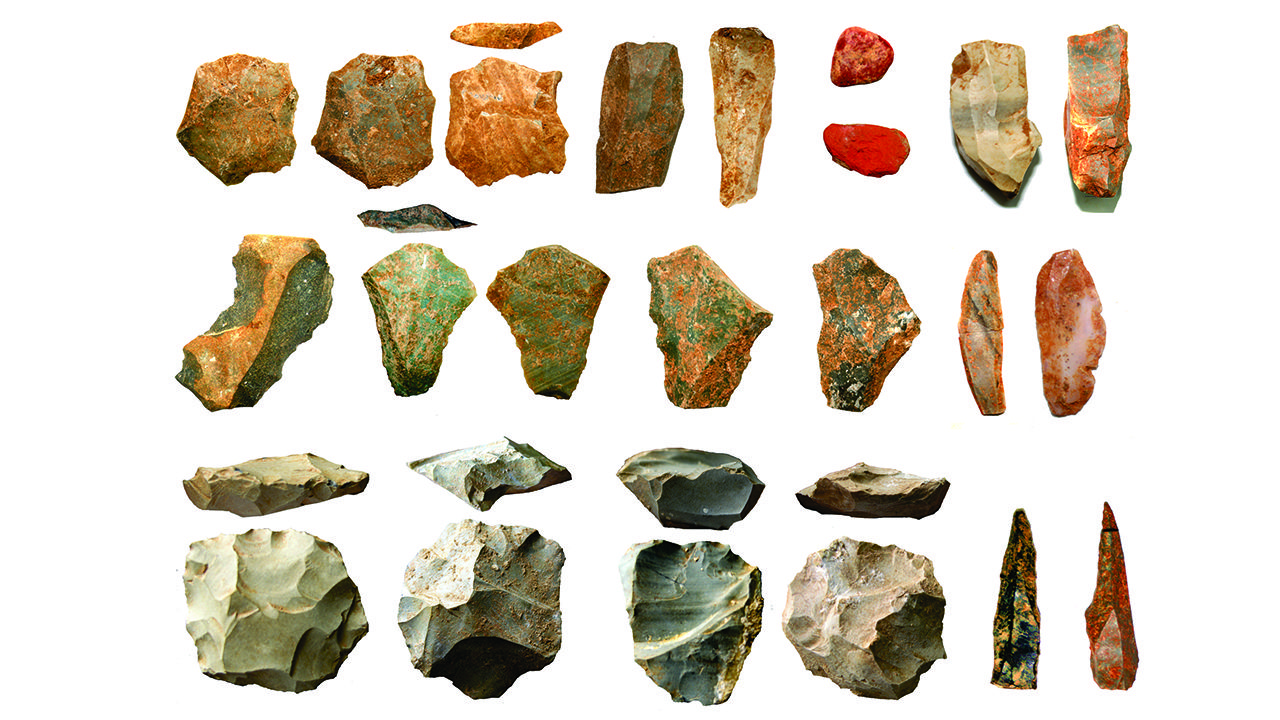 These tools, excavated from a site in central India, may have been continuously produced between 80,000 and 25,000 years ago. Chris Clarkson […] 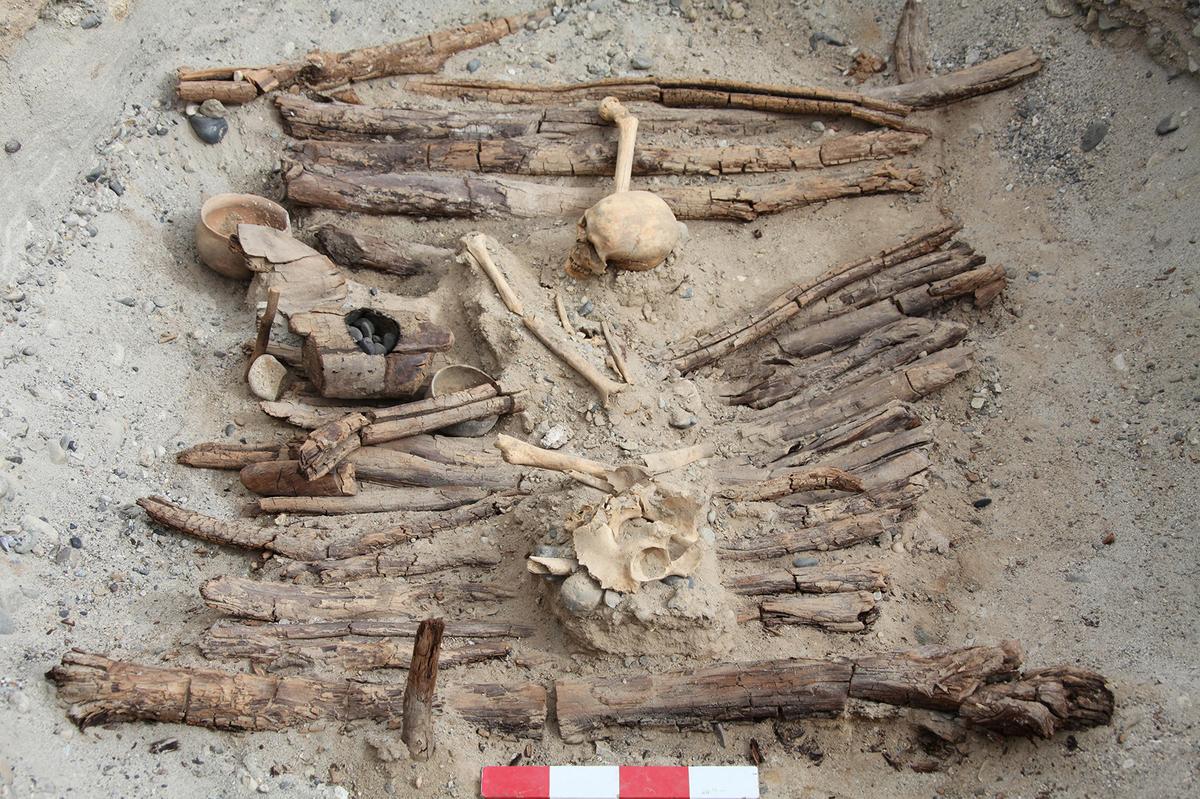