USA captain Steve Stricker has opted not to pick 2018 Masters champions Patrick Reed amongst his captain picks for this month’s Ryder Cup at Whistling Straits.

Asked about Reed, Stricker added: ‘That was a very, very difficult call. Kinda lost sleep over that one. 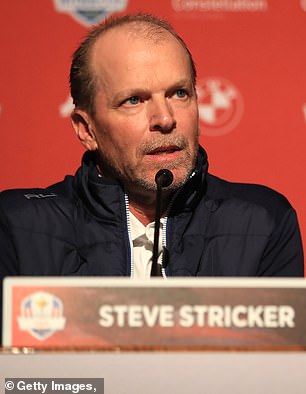 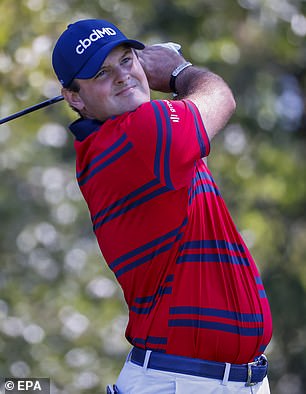 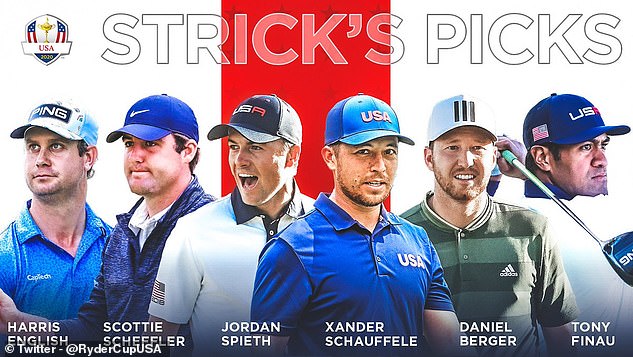 Those who missed out…

‘He is a tremendous competitor, his record at the Ryder Cup is pretty darn good.

‘But I think it was just the uncertainty of his health and really the lack of play that led to our decision down the stretch.’

Reed has a history of thriving in team events with his personality and short game. He has a 7-3-2 record in the previous three Ryder Cups and is undefeated in singles.

But he has had a poor summer, and couldn’t play the final two qualifying events while ‘battling for his life’ in Houston Methodist Hospital in Texas after being diagnosed with double pneumonia.

He returned to play the Tour Championship and tied for 17th in the actual score from the 30-man field.

Webb Simpson, who was 13th in the qualifying race and is the World No 20, also misses out on the team

Scheffler becomes the first American to be picked for his first Ryder Cup without having won on the PGA Tour since Rickie Fowler in 2010 at Wales.

Among the six who qualified, two-time major champion Morikawa and FedEx Cup champion Cantlay have never played in the Ryder Cup.

The four picks who will make the Ryder Cup debuts are Schauffele, English, Berger and Scheffler.

The U.S. team typically has eight automatic qualifiers and four captain’s picks. That was increased to six for this Ryder Cup because of uncertainty of how the COVID-19 pandemic – which postponed the matches for one year – would affect the tour schedule.

The Ryder Cup takes place from September 24-26 at Whistling Straits in Wisconsin, with Europe the defending champion from 2018.