At the time, thoughts of winning a medal at the upcoming Games were far from her mind; just getting to the starting line would have been enough.

It’s little surprise, then, that Masters found herself shaking in excitement as she stood on top of the podium for the second time in Tokyo, adding gold in the handcycling road race to the one she had won in the time trial the day before.

“I just couldn’t believe that the stars literally aligned right there in that moment (over) the past two days,” Masters told CNN’s Selina Wang of receiving her second gold medal in Tokyo.

“I went from being uncertain about whether I would be able to land on the start line to just standing in the middle of the podium. It felt like a dream come true.”

Masters, a five-time Paralympian, is a unique athlete. She has represented the USA in rowing and cycling at the Summer Games and cross-country skiing and biathlon at the Winter Games, amassing a total of 10 medals in the process.

After successfully recovering from leg surgery, Tokyo was the first time she had won gold in a summer discipline — taking care of what she calls “unfinished business” after placing fourth and fifth at the Rio Paralympics five years ago.

From Ukraine to the US

Born in Ukraine with significant birth defects believed to be linked to the Chernobyl nuclear disaster — six toes, webbed fingers, no thumbs and legs that were missing weight-bearing bones — Masters spent the first seven years of her life between orphanages before her American mother, Gay Masters, adopted her.

“The orphanages where I’ve lived in also … had nuclear power plants,” says Masters.

“I remember that there would be leaks … villagers would go around and say: ‘Board up the windows, don’t go outside for a couple days.’

“It was a very common thing at that time.”

After moving to the US, Masters’ legs were amputated at the ages of nine and 14, a time when sport proved to be her best form of therapy.

“It started out as a learning process for me to heal and recover mentally, emotionally,” she says.

“I would have never ever imagined in a million years that one day a little girl from Ukraine with no voice would go on to stand in the middle of a podium, having a voice that’s heard.”

READ: Paralympian Haven Shepherd on surviving a family suicide and the ‘gift’ of being an amputee

It’s been 18 years since Masters had her second leg amputation, and she still remembers her drive to return to rowing — the sport in which she won her first Paralympic medal in 2012 — as quickly as possible after the operation.

“I remember looking out the window and thinking that the minute I get a chance to be on the water and be outside and move, I’m never going to sit still because I hate this feeling,” she says.

“Only when I got back on the water and in the boat is where I felt like I could let everything out and just scream and just feel strong again and feel untouchable.”

A back injury after the London Paralympics ultimately forced Masters to quit rowing. An opportunity then arose to try cross-country skiing — something she attributes to being in the right place at the right time.

The 32-year-old is the fourth US woman to win gold medals at the Summer and Winter Paralympics, and next year, she could increase her medal tally when she competes in cross-country skiing and biathlon across six events at Beijing 2022.

“That is my goal, to make it to the Beijing 2022 Winter Games,” says Masters. “Five months from now, we’ll be doing this all over again.”

T wo-and-a-half months after the last race in Great Britain before lockdown, racing is on course to resume at Newcastle next Monday, […]

The gravy train has slipped into reverse for the first time in 20 years. Old cricketers are often asked when has been […] 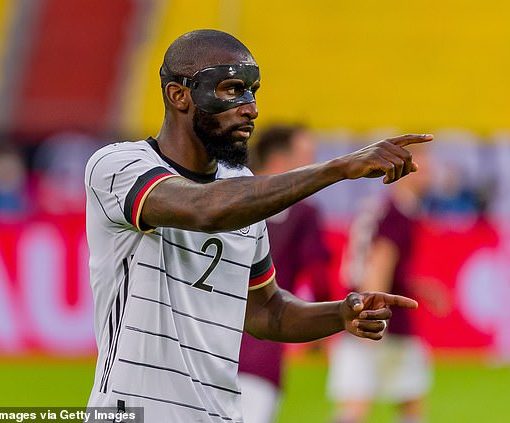