Skip to content
On Afghanistan and the question of boosters for Covid-19 vaccines, there are signs that the administration’s previously steady touch has been less sure. As the Delta variant rampages across the country and after an Afghanistan pullout in which Biden appeared at times less than candid and willing to pass the buck, the President’s popularity has begun to hit the skids. In the latest NPR/PBS NewsHour/Marist poll released last week, his approval rating fell to 43% — the lowest of his presidency so far and down 6 percentage points from July.

Presidential ratings often fluctuate. But keeping in healthy territory is critical for Biden and his Democratic Party ahead of the midterm elections next year that will decide whether his presidency is constrained by Republican majorities in the second half of his term. The new dip in his standing suggests the GOP, which struggled to wound the Biden presidency up until now, may be gaining some traction. Or possibly, the relentless crises of recent months may now be catching up to Biden.

Given that the President spent months pleading with Americans to take advantage of free, safe vaccines to protect themselves, the new wave of Covid-19 cases — now hitting more than 150,000 new infections a day and more than 1,000 deaths — is hardly the President’s fault. But incumbents inevitably get the blame when things go wrong. And the President did declare the pandemic all but over during his July Fourth celebration at the White House. The latest issue concerns the timing of booster shots for two-dose vaccine regimens. The White House originally announced that boosters would be available beginning the week of September 20 for people who got either of the mRNA vaccines made by Pfizer/BioNTech or Moderna. But top health officials warned more time for research might be needed.

White House chief of staff Ron Klain told CNN’s Dana Bash on “State of the Union” Sunday that the administration had simply wanted to be ready once they got the go-ahead from government regulators like the US Food and Drug Administration and the Centers for Disease Control and Prevention. And he suggested that September 20 date was still a target for at least some doses.

“I would be absolutely clear, no one’s going to get boosters until the FDA says they’re approved, until the CDC advisory committee makes a recommendation. What we want to do, though, is be ready as soon as that comes,” Klain said.

“We are still hopeful that at least one of the vaccinations could be available (on) that date,” he added.

The government’s top infectious diseases expert, Dr. Anthony Fauci, explained that while Pfizer’s data seems to have satisfied regulators, Moderna might be a little behind, which may lead to a “sequential” rollout of the boosters.

“I don’t think that is a major issue there, but we would have liked to have seen it happen all together, simultaneously. But ultimately the plan will be implemented, as was originally put forth,” Fauci said on CNN’s “Newsroom” Sunday.

Any confusion over vaccines at this point is unwelcome. The dwindling but still sizable minority of Americans who are refusing to take the shot may take an even more unfavorable position toward government scientific advice without strong, clear messages. Another unpleasant aspect of a pandemic that never seems to end concerns America’s school kids. As more schools return to in-person learning, more children are getting infected with Covid-19. And parents are being driven to distraction by the thought of their offspring returning to unsafe environments. In some states, cultural wars over masking are making the experience even more fraught. Vaccines are not expected to be available for children younger than 12 until late in the year, or even early next year. So a grim fall and winter is in prospect. Still, Fauci said earlier on Sunday on CBS that data so far did not suggest that Delta was not more severe in children than adults.

In a moment of apparently unintended irony, Congress set Labor Day on Monday as the date of expiration for extended federal unemployment benefits, which were intended to help Americans who lost work in the pandemic. The deadline is coinciding with more discouraging news from the labor market, after new data announced Friday found the economy created 235,000 jobs last month, many fewer than expected following a strong performance the previous month. The figures were a sign that the Delta variant is hitting the service sector, raising the prospect of a slowing of the overall recovery.

The President insisted, however, last week that the economy was thriving, noting that the unemployment rate was down to 5.2%. “What we’re seeing is an economic recovery that is durable and strong,” he said. But Americans still looking for work are not getting more help from Washington. “We think the jobs are there, and we think the states have the resources they need to move people from unemployment to employment,” Klain said on “State of the Union.”

So far, none of the states have said they will use federal relief funds to extend those benefits, as Biden has suggested they could.

Biden’s agenda again on a knife-edge

It’s not just the economy. The chief of staff’s wide-ranging interview with Bash underscored the breadth of challenges facing the administration.

Klain, for instance, dismissed Democratic Sen. Joe Manchin’s warning last week, that it was time to “pause” the President’s $3.5 trillion spending blueprint, as just the latest natural twist of the complicated business of passing major legislation. Given the 50-50 Senate, Biden needs the West Virginian’s vote. But the package — packed with health care, social, climate and education initiatives — is also the price that progressive House Democrats are demanding if they’re going to vote for Biden’s legacy-defining bipartisan infrastructure plan.

“If I had a nickel for every time someone’s told me this package has been dead, I would be a very, very rich person,” Klain said.

A week after the US ended its longest war, Klain said the government was regularly in touch with around 100 Americans who had indicated they wanted to leave Afghanistan but could not be rescued before Biden’s August 31 deadline for the US to withdraw from the country. Republicans have hammered the White House over the plight of this group. But Klain vowed the administration had not given up on them, nor the thousands of Afghans eligible for special immigrant visas after helping US forces for 20 years, often as translators.

“We’re in close communication with our sources and our contacts in Afghanistan to try to get those SIVs out, to get them out safely,” Klain said. “I know that some are coming out by land. We are again, continuing to work on efforts to get them out by air as well.”

Given the Taliban’s control of Afghanistan’s exit ports, and the fear that the fundamentalist group will take reprisals against those who helped the US, it remains unclear how those Americans and Afghans will be able to leave.

A senior State Department official said last week that “the majority” of Afghans who worked for the US since 2001 had been left behind in the evacuation.

The day after Biden delivered a defiant speech about his decision to end the war, domestic battles overtook the political conversation when Texas’ six-week abortion ban went into effect. The conservative-majority Supreme Court then denied a request to freeze the law, which outlaws abortions at a point at which many women are unaware they are pregnant. The law employs an innovative device — allowing anyone to sue a person involved in carrying out or helping someone get an abortion in Texas — to make it hard to challenge, at least immediately in court.

Biden has instructed his Justice Department and his Gender Policy Council at the White House to seek ways to respond to the law and make sure women in Texas still have access to abortions, but so far, the specifics have been lacking.

“We are going to find ways to make a difference for the women of Texas to try to protect their constitutional rights,” Klain told Bash.

One route the White House and some top Democrats have raised — codifying Roe v. Wade — is sure to hit roadblocks in Congress, where there aren’t anywhere near the 10 GOP votes needed to overcome a filibuster on the issue in the Senate.

But like the pandemic, the unemployment situation and the fate of Americans in Afghanistan, the new showdown over abortion is a crisis likely to evade quick, simple remedies the White House can use to make a big difference. 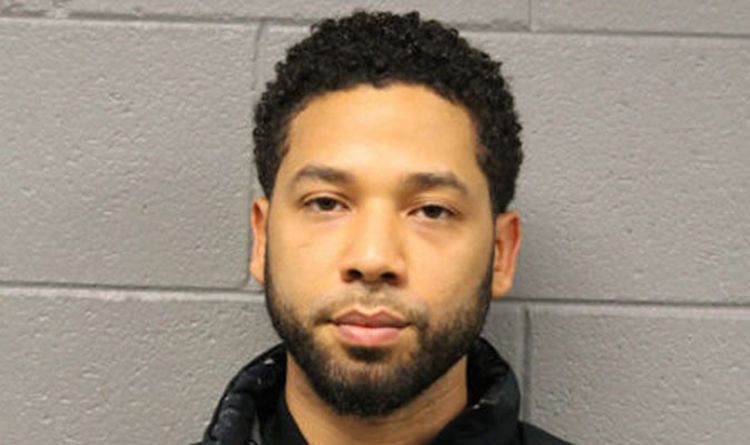 The actor was released after posting bail in Chicago after police allegedly charged him with allegedly staging an attack on himself. He […] 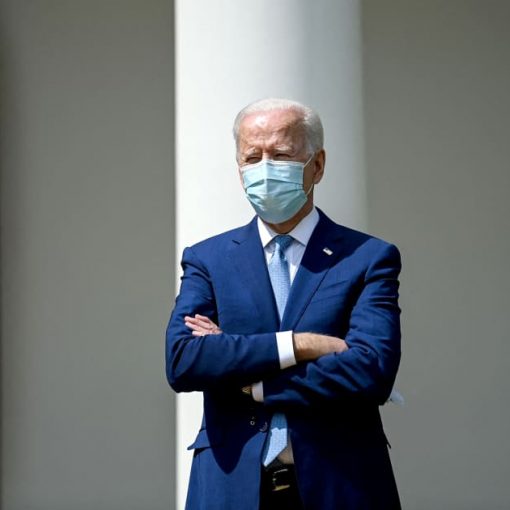