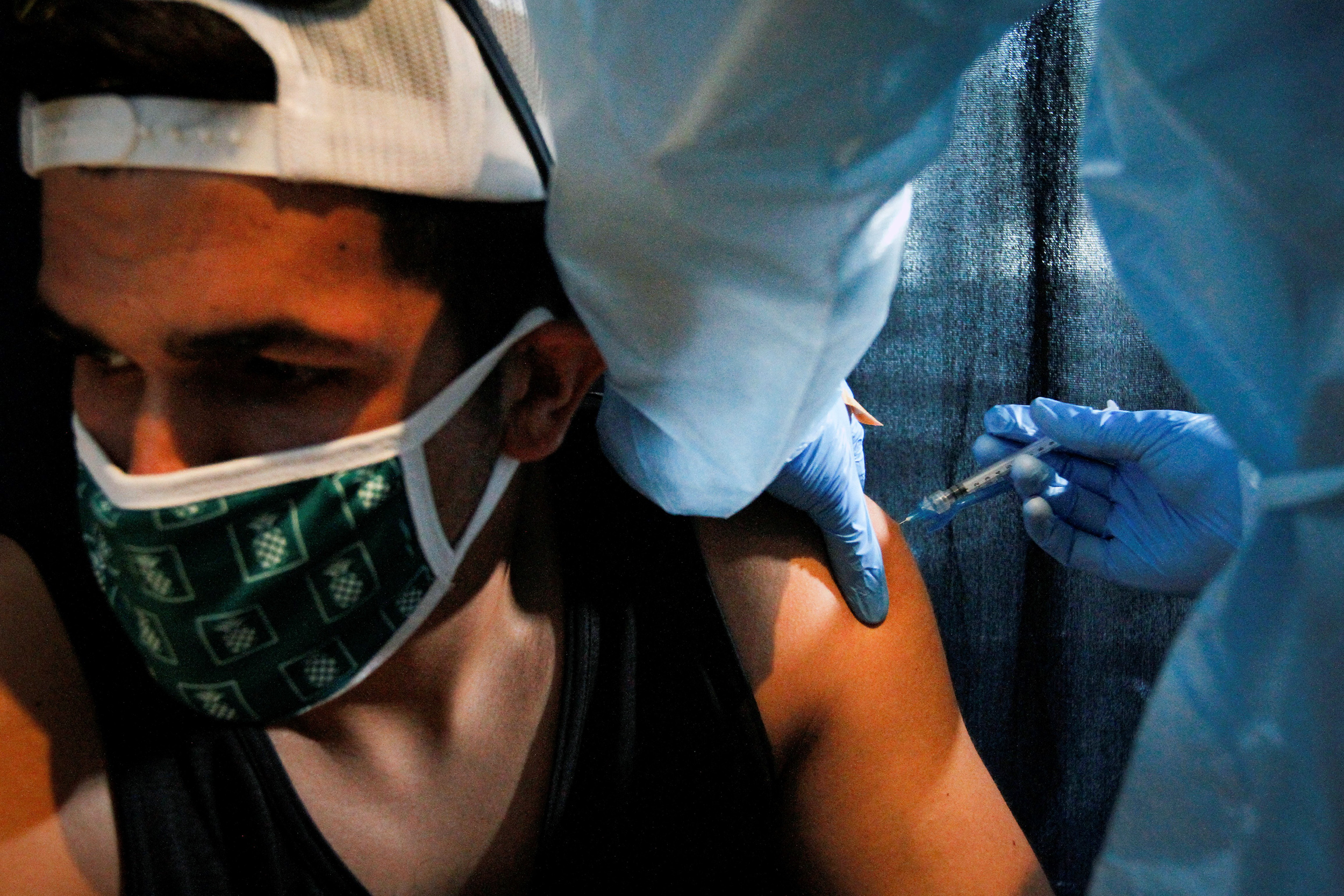 MIAMI — On a recent show on Actualidad, a Miami AM radio station, the host was promoting a false cure for Covid-19: the use of ivermectin, a drug used to deworm animals. The Food and Drug Administration has been warning against its use and the Centers for Disease Control and Prevention has cautioned that poison centers are reporting an increase in severe illnesses caused by people taking the drug.

The host said Aug. 23 that he could cite clinical trials from Latin America, “where doctors are using ivermectin with extraordinary results” and “people recover in three or four days.” He falsely suggested that ivermectin was not being promoted for Covid by government health officials because it “costs 20 cents per pill and with three or four or five pills, you’re done. Pharmaceutical companies don’t make much money.”

Florida is grappling with record numbers of Covid-19 cases and deaths, as well as a surge in hospitalizations as a result of the more contagious delta variant of the coronavirus. Yet on Spanish-language radio, hosts are pushing right-wing conspiracy theories similar to those heard on English-language shows. Just recently, three English-language conservative radio hosts who railed against vaccines died from Covid-19.

Amid a surge in Covid cases across the country, medical disinformation in Spanish persists on AM radio, social media and closed messaging apps, where people claim that masks do not work and that the vaccines are dangerous and part of the “global reset.”

Many of the influencers and groups spreading such conspiracy theories in Spanish are the same ones that spread disinformation leading up to the 2020 presidential election, continuing with false narratives about electoral fraud and the Jan. 6 Capitol attack.

Now, they have moved to medical disinformation. A common theme is to compare international government responses to the pandemic to Nazi Germany, with groups claiming lockdowns as well as mask and vaccine mandates are the beginning of global tyranny. Many of the claims being made in Spanish are not much different from those in English and other languages throughout the world.

Joan Donovan, research director of Harvard Kennedy School’s Shorenstein Center on Media, Politics and Public Policy, said researchers are not sure how much of the Covid-19 disinformation is truly coordinated, as opposed to just tapping into “known tropes that tend to mobilize people,” like the ideas that individual freedom is being taken away or that independent choices are going to be criminalized.

“That’s when we start getting into some really dangerous territory,” Donovan said, “when people are being mobilized by disinformation and are making decisions based upon things like medical misinformation, for instance, leaving to get up out of their houses and go to the school board meetings and talk about masks being somehow oppressive or to talk about vaccines being microchipped.”

There is evidence people are mobilizing based on the false information they see and read. On a popular Facebook page in Spanish, an influencer calls school board members in Florida who voted to mask school children “communist” and equated vaccine mandates to “tyranny against liberty.”

The influencer attended a school board meeting over mask mandates in Lee County, Florida, and was escorted out as she yelled “communists” at the board members. She shouted at parents to “stop complying” and to “take your kids out of school.”

On her Facebook page, she calls for prayers for the “marvelous” Gov. Ron DeSantis, a Republican. While he has urged Floridians to get vaccinated, DeSantis has largely been seen as an ally to many of these groups, because of his fight against mask requirements for students and businesses requiring proof of vaccination.

Because of the highly contagious delta variant, the CDC recommends universal indoor masking for all students ages 2 and older, as well as teachers, staff members and visitors, regardless of vaccination status in K-12 schools.

The more dangerous Spanish-language information about masks and vaccines continues to be in closed messaging apps, like WhatsApp and Telegram.

In one Telegram channel, a user urged people not to give up parental rights to the government, adding “first it’s ‘mask mandate,’ second is ‘healthcare mandate’ thirdly, your ‘parental rights’ mandated away.”

In another Telegram channel, a user posted a video of the Venezuelan singer José Luís Rodriguez getting the third dose of the Moderna vaccine with a caption that said he “has been sold to promote the venom.” Another user wrote: “[H]e is so stupid. They’re probably paying him to put on that show.”

Evelyn Pérez-Verdía, a Democratic strategist based in Florida who was the first to point out that disinformation in Spanish against Democrats was raging on social media and WhatsApp groups during the 2020 campaign, said she thought there would be a decrease in disinformation after the elections, “but it has been quite the opposite, as the same people seem to be targeting vaccines.”

“All the false information being repeated on social media and radio is having an influence on our communities,” Pérez-Verdía said.

Since the spread of conspiracy theories in Spanish came to light, some progressive groups have taken an interest and created ways to combat disinformation.

In the spring, the Latino Disinformation Lab released a study that found that “almost 4 in 10 Latinx respondents report having seen material or information that makes them think the COVID-19 vaccines are not safe or effective.”

After studying the findings, Voto Latino released an ad in California, Texas and Florida with everyday people talking about their experiences after being inoculated. They identified people who were vaccine hesitant and “on the fence” about getting vaccinated, not those considered unpersuadable. Those who watched the ad were 54 times more likely to search the term “get the Covid vaccine.”

Kumar said they used similar modeling and identification markers for people who were not sure whether they would register to vote.

“It shows the Latino community is not getting enough information,” Kumar said. “But when you give good information directly to them, it gives them the opportunity to make the right choices for their families and for themselves.”

Amazon founder Jeff Bezos may have been able to fly into space, but it seems the company’s drone delivery system may never […] 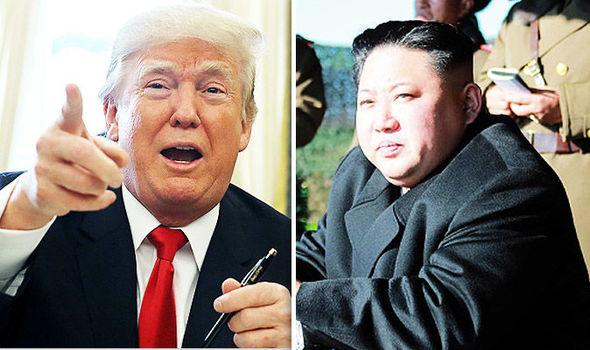 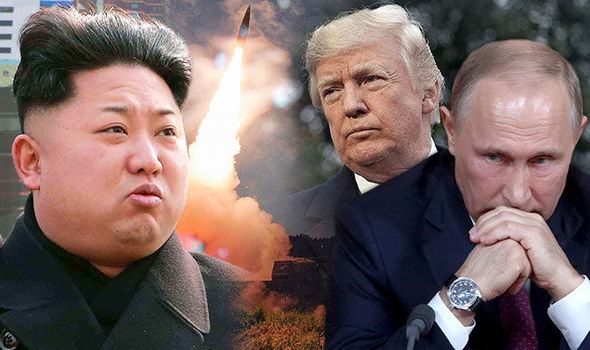