AUSTIN, Texas — It was early morning in the lobby of the Line Hotel, and everyone was eating migas.

The migas, from a restaurant called Veracruz All Natural, have long been a fixation for the breakfast-taco-obsessed populace of Austin: scrambled eggs flecked with pico de gallo and freshly made tortilla chips that hang onto their crunch, then topped messily with Monterey Jack cheese, cilantro and a sliver of avocado. The whole thing is nestled into a tortilla and wrapped tightly in foil like a present.

But if the migas, sold in the hotel and five other locations, are attention-grabbers, their creators are quite the opposite. Reyna and Maritza Vazquez, the owners of Veracruz All Natural, are shy and laid back, often clad in jeans and sneakers.

The Vazquez sisters have done more than serve popular tacos from a food truck. They’ve changed the landscape of Austin dining, paving the way for more regional Mexican offerings in a city long defined by Tex Mex cooking, and helping other immigrants, and their families, to build restaurant groups with minimal capital.

“There wouldn’t be so many new and different styles coming in if it wasn’t for them,” said Armando Rayo, a journalist and producer at Identity Productions in Austin who writes about tacos. “They did a lot for the immigrant entrepreneur.”

They’ve accomplished this by making the dishes they grew up with in Veracruz, Mexico, and not bowing to the pressure that many immigrant chefs feel to change their food to fit in. If anything, Mr. Rayo added, the sisters are setting the trends in Austin. Certainly there were food trucks, breakfast tacos and freshly pressed juices in the city before the Vazquezes came along, but Veracruz All Natural feels prescient for combining so many of the elements that would come to be Austin signatures.

In September, after requests from customers around the country, the Vazquezes will start a food truck in Los Angeles, expanding the business beyond Texas. “If we can go and be successful there, we’ll try elsewhere,” said Reyna Vazquez, 38.

While the sisters are proud of their success at home, they do sometimes feel conflicted about how it has played out. They’ve built a customer base that is overwhelmingly non-Hispanic — without a broad following within their own robust community. East Austin, where they started Veracruz, has significantly gentrified, and many of its longtime Mexican American residents have moved elsewhere.

The sisters don’t feel as if they fit into the primarily male chef circles in Austin, either. Customers often assume, they say, that the restaurants are run by their husbands, who are white. “It is interesting how people think automatically that a successful business, it has to be a white-owned business,” Reyna said.

“We are trying to change that,” she added, and not by following some template for success laid out by other restaurants. They are creating their own.

Their arrival in Los Angeles will be characteristically low-key. They’re going with what they know: a truck parked at the Line Hotel in Koreatown. An eventual brick-and-mortar restaurant is also part of the plan.

The truck, called Hot Tacos, will have a less regional menu than their Austin locales: taco bowls, tacos (including migas), quesadillas and nachos. The idea, the sisters say, is to serve high-quality Mexican food at a reasonable price — $11 for a steak taco bowl, for example — occupying a middle ground between the fancy places and the street carts.

They say they have received lucrative offers to open in several states, including Colorado, Washington and New York. But Los Angeles has always been their dream. The city’s thriving, diverse taqueria scene might be daunting for some newcomers. For the sisters, it’s exciting, Maritza Vazquez, 42, said in Spanish. (The sisters are bilingual.) “We want to show that we can succeed in a city that has a lot of variety.”

The Los Angeles move comes 22 years after they came to the United States, crossing the border illegally with their mother, Reyna Senior, and Maritza’s ex-husband and her stepdaughter, Lis-ek Mariscal.

While working at an Austin taqueria, the sisters noticed that the Mexican dishes bore little resemblance to what their mother served at the restaurant she ran out of their home back in Veracruz. Tex Mex, with its rich chili con carne and queso, was by far the city’s predominant take on Mexican food.

In 2006, with $6,000, Reyna bought a truck and opened Antojitos Veracruz on North Lamar Boulevard, offering the city a taste of her home, with juices, smoothies and snacks like elote and raspados. Two years later, Maritza joined, and they began serving tacos based on their mother’s recipes on East Cesar Chavez Street.

“People weren’t used to buying from a food truck” at first, Reyna said, though the city would become a center of the national food-truck boom just a few years later. Neither sister spoke English at the time, and they feared that people would discover their undocumented status. (Both are in the process of applying for citizenship.)

Business picked up after Veracruz attracted coverage in the local papers — a 2009 article in the Austin Chronicle spotlighting their pork torta, and a short feature in the Austin American-Statesman in 2011.

There were Mexican restaurants all over East Austin, said Mr. Rayo, the journalist and producer. But Veracruz All Natural stood out for its emphasis on fresh produce and vegetarian dishes. The truck was easily accessible because of its proximity to Interstate 35, a major highway widely regarded as an unofficial barrier between Austin’s white and nonwhite populations.

Though Veracruz drew many diners to East Austin for the first time; some who lived there thought the tacos were too expensive, and not the Tex Mex they were used to.

“I guess the product we were selling didn’t really aim toward the community we were in,” said Ms. Mariscal, who is now Veracruz’s training manager. “They were like, ‘What is this healthy stuff?’”

In 2012, the sisters were invited to set up a food trailer on East Sixth Street for the South by Southwest festival. Emeril Lagasse, Rachael Ray and other celebrities stopped by and ordered. In 2015, Veracruz All Natural was highlighted on the Food Network show “Top 5 Restaurants.” Their blue trailer with the straw umbrellas had become a destination.

Today, diners can find Veracruz across Austin. All but three of its 60 or so employees are Hispanic, the sisters said. But they are still trying to build a stronger connection to their own community.

Because Veracruz has drawn so much notice in English-speaking publications and attracted such a large a non-Hispanic audience, Reyna said, Hispanic people can feel too intimidated to visit. They make up only about one-fifth of the customers.

Regina Estrada, whose family opened the Tex Mex restaurant Joe’s Bakery in East Austin in 1962, said her place has been around long enough that Mexican American customers who moved out of the area will make a special trip to eat there. Veracruz, she said, may not have cultivated those regulars because it is newer.

Ms. Estrada, 40, used to live near the restaurant’s first location. “To kind of watch them grow and see the recognition and the accolades they received is really just a testament to the work ethic” of the Vazquez sisters, she said. At the same time, she added, one place could never be representative of Austin’s wide variety of taquerias. “But I think it is so much easier to say it is. It is a nicer story to spin.”

Still, Luis Robledo, 31, who grew up in East Austin, says Veracruz has had a positive impact on Austin dining and restaurants like his own. Mr. Robledo, who goes by Beto, was raised on Tex Mex, but his restaurant, Cuantos Tacos, which opened in 2019, focuses on the cooking of Mexico City. “Without people knowing it,” he said, Veracruz “opened up their minds to new ways of eating tacos.”

His is one of several taquerias, run by people of color and focused on various regional styles, that have recently opened on the East Side, including Nixta Taqueria and Discada. He said the Vazquez sisters had freely offered business advice to him and other owners.

That’s the kind of help the sisters say they haven’t received from chefs who run other popular restaurants in the city. “They don’t invite us to their events, or to do collaborations,” Reyna said.

Ms. Chaudhury, of Eater Austin, called Veracruz’s exclusion from major Austin food festivals “an unintentional form of gatekeeping,” as the people who organize these events tend to be white men who ask others like them to participate.

This doesn’t bother the sisters, who haven’t sought out the conventional trappings of success for a chef, like a television hosting gig or a cookbook. Three years ago, they were asked to make tacos on the Food Network show “Beat Bobby Flay,” but declined because Reyna had planned a vacation. (Their business director initially said they were too busy to be interviewed for this article.)

They’re not done expanding in Austin. On a recent Wednesday, the sisters gathered at what will become their second brick-and-mortar location in Austin, scheduled to open early next year. This space, at the former Robert Mueller Municipal Airport, used to be a Youngblood’s Fried Chicken, part of an old-school Texas chain. Black-and-white photos of young couples filled the walls, along with a big sign over the pass that said, “Save room for pie!”

The sisters will replace those decorations with vibrant murals inspired by Mexican street art and the Veracruz coastline. Their menu will have tamales veracruzanos and cochinita pibil. Quietly and unapologetically, they’ll make the place their own. For Jenny Lefcourt of Jenny & François Selections, which imported Ms. Passalacqua’s Calcarius brand, the question was not so clear-cut. When the […] 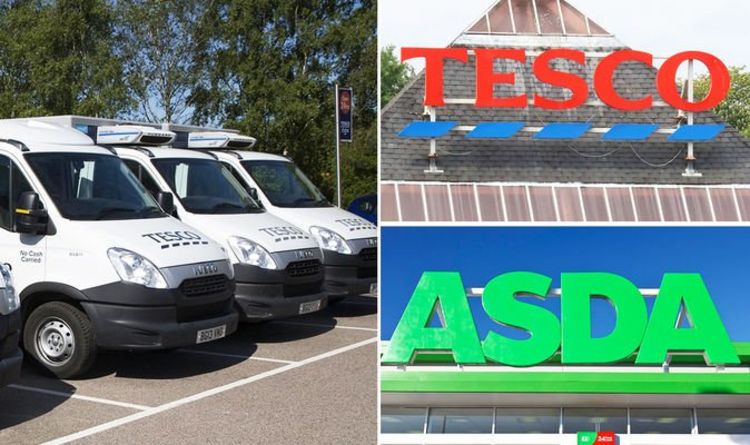 When trying to order their weekly shop, some customers have waited days to bag a delivery slot. This is how you can […] 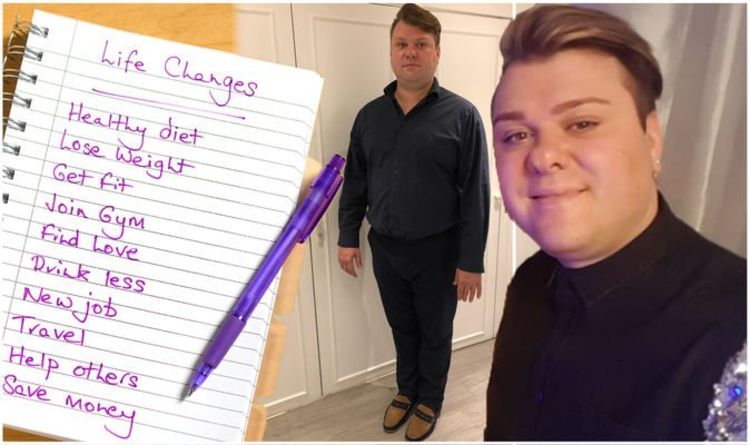 When trying to get into shape, dieters can pick up tips from those who have already lost an impressive amount of weight. […] 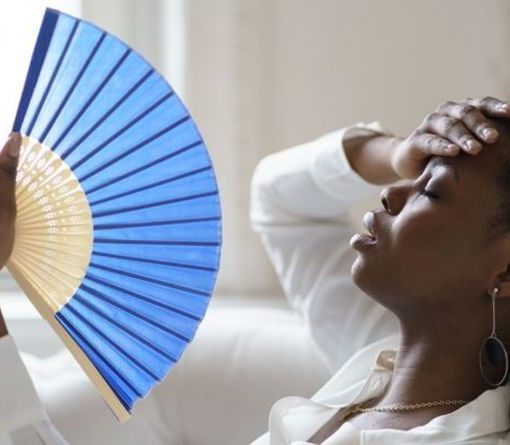 While many of us are enjoying the sunshine while it lasts, too much time in the sun can cause heat exhaustion and […]