Former Governor of Alaska Sarah Palin unleashed a torrent of abuse towards President Joe Biden as she questioned the “credibility” of the US head of state over the Afghanistan withdrawal. Ms Palin, a former vice-president candidate, laid the blame of Mr Biden’s electoral success solely at the feet of the media who championed him as the only alternative to Donald Trump. She also attacked “windbag” Republicans who claim they are looking to impeach the president and ridiculed them as they would never follow through on their words despite Ms Palin backing the decision.

Speaking on Fox News, Ms Palin attacked Mr Biden and said he “gets everything wrong” during a passionate dressing down.

She added she did not know who was really in charge of the White House and said Mr Biden was simply “a mouthpiece” for whoever was truly in control.

Ms Palin also discussed the character of Mr Biden and told the news network: “This is something that those of us in that arena at least at one time or another knew he didn’t have any credibility back then.

“So, you know, you can’t just have some kind of credibility transplant overnight.

“He isn’t a credible human being, he lies, he plagiarises I mean all the things that we already know.”

In May, Mr Biden borrowed a joke from former President Ronald Reagan during a visit to the coastguard but read the quote wrong.

It led to an awkward silence with Mr Biden calling the crowd a “dull class” and wondered “has the sun got to you”.

Mr Reagan told the coastguard during his visit in 1988 they were: “The hard nucleus around the Navy forms in times of war.”

Mr Palin continued: “The media did want [Biden] to win and the media clobbered anybody who was challenging him.

“A lot of this is on the media’s back, I think Republicans in Congress are wasting their time with their rhetoric about impeaching him because they will never do it.

“Because most politicians as you notice I’m sure are a bunch of windbags and they’ll talk about it but they won’t do it.”

Republican Senator Lindsay Graham has been at the forefront of impeachment debates as he demands Mr Biden leaves office for the Afghanistan crisis.

He said: “I think it’s a dereliction of duty to leave hundreds of Americans behind enemy lines, turn them into hostages, to abandon thousands of Afghans who fought honourably along our side, to create conditions for another 9/11 that are now through the roof.”

Mr Biden’s competency has also been questioned following the Afghanistan evacuation as he told reporters he saw “no question” of the US’ credibility following Afghanistan.

He also told ABC that no one had died at Kabul Airport when at the time of the interview there had been 12 confirmed deaths.

The interview was held before the terror attack which left dozens dead.

WASHINGTON (Reuters) – A top U.S. Homeland Security official on Monday defended the federal crackdown on protests in Portland, Oregon, including the […] 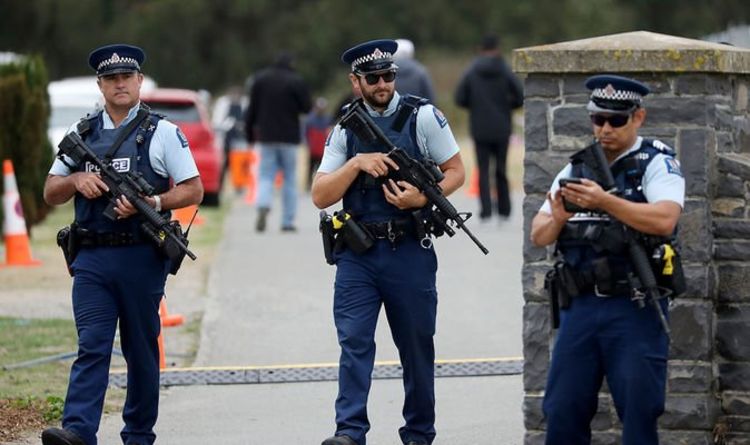 Farad Ahmad stressed the importance of not sharing graphic images live-streamed by suspect Brenton Tarrant, warning by doing so people were simply […]