In an email to staff, British Airways today announced that it is to axe its short-haul operation at Gatwick and replace it with an entirely new operation by a subsidiary airline.

BA has a schedule of 47 short-haul routes and 1,881 flights from Gatwick, according to travel data and analytics firm Cirium, but its short-haul operations from the hub have been on hold since Spring 2020 due to the pandemic.

If BA pulls out of short-haul at the airport, four destinations will no longer have any service to it – Algiers, Cologne/Bonn, Genoa and Manchester.

The travel journalist and broadcaster, Simon Calder, who began his career in aviation at Gatwick airport cleaning the offices of BA in the 1970s, told MailOnline the firm may be going back to a model of ‘older planes and less well-paid staff’ with its new subsidiary.

He added that passengers using the new airline will not get the ‘bottle of water and snack’ in economy class, nor will flyers enjoy the ‘world’s most generous cabin baggage policy’ any longer.

In an email to staff, British Airways announced that it is to axe its short-haul operation at Gatwick and replace it with an entirely new operation by a subsidiary airline

The largest destination by flights is Jersey, followed by Malaga in Spain and Faro in Portugal, said Cirium.

BA’s email said that the move would help it stay ‘agile and competitive’, but admitted that staff would need to wait for concrete plans to emerge.

According to travel site headforpoints.com, it read: ‘As you know, we haven’t been operating short-haul flights at Gatwick during the pandemic.

A map showing British Airways’ routes – both long and short-haul – out of Gatwick. The map will look very different when the plans to axe its shorter routes come into force

‘This was previously a highly competitive market, but for us to run a sustainable airline in the current environment, we need a competitive operating model.

‘Because of that, we are proposing a new operating subsidiary to run alongside our existing long-haul Gatwick operation, to serve short-haul routes to/from Gatwick from summer 2022.

Gatwick has always been second-best for British Airways and it appears that it is now looking to drive its costs down even further as it competes with easyJet, Ryanair and Wizz Air

‘This will help us to be both agile and competitive, allowing us to build a sustainable short-haul presence at Gatwick over time.

‘As of today, we don’t have the answers, but we want to be upfront about the complexity we’re dealing with, and working through with your trade union representatives. We will keep you posted as things develop.’

Headforpoints.com explains that the replacement airline could be from the stable of BA’s parent company – IAG – such as Vueling or Level, but suggests that’s not likely.

Vueling, it says, ‘is not a particularly well-known brand outside of its Iberian footprint’ and therefore ‘there would [be] little benefit in introducing the brand to UK travellers versus creating a fresh new one’.

Level, meanwhile, ‘only operates from Barcelona’, with IAG ‘extremely reluctant, so far, to introduce the airline at its own hub-fortresses of Heathrow or Madrid’.

It carried a single passenger and cargo including newspapers, Devonshire cream and grouse on two-and-a half-hour cross-Channel journey to Le Bourget.

1924: Four fledgling airlines, including Daimler Airways (a successor to AT&T) merge to form Imperial Airways Limited operating from the new London airport at Croydon to all corners of the British Empire and the Continent.

1939: Imperial Airways nationalised at dawn of second world war and merged with another to form British overseas Airways Corporation BOAC. After the war BOAC continued to operate long-haul and transatlantic while a new company British European Airways (BEA) flew Continental and domestic routes.

1950s-60s: The passenger jet age dawned as BOAC flew the Comet to Johannesburg in 1952 in 23 hours with five stops, and began the first transatlantic jet service to New York on October 1958, days ahead of their American rivals.

Beatles pop group, left to right, Paul McCartney, John Lennon, Ringo Starr and George Harrison1960s: BOAC flies in from Miami Beach and is immortalised in a Beatles song – ‘Back in the USSR’. On another flight with BEA the Fab Four carry specially made flight-bags saying ‘BEAtles’.

1974: BOAC and BEA are merged and nationalised to form British Airways.

1997: British Airways ditches the Union Flag on its tail-fin, replacing it with a series of ‘ethnic’ designs from around the globe. It provokes immediate criticism with Baroness Thatcher famously draping her handkerchief over a model aircraft sporting one of the new tail designs at a Conservative party conference and calling it ‘awful’.

1999: British Airways announces it is ditching the much-criticised ‘ethnic’ tailfin logos on half its fleet and replacing them with a red, white and blue Union Flag-based design. The remaining aircraft follow suit soon afterwards.

2001: September 11 attack on the USA causes immediate shut-down of transatlantic airspace and a decade of strife for airline industry and passengers.

2008: Terminal 5 is opened by the Queen and becomes BA’s exclusive base. But the first day for passengers prioves a chaotic shambles as neither BA nor airport operator BAA are properly prepared.

2010: In the middle of a bitter 18-month dispute with striking BA cabin crew, the airline forms a joint business with America Airlines and Iberia.

2011: In January this year British Airways merges with Spanish airline Iberia to form the International Airlines Group (IAG). British Airways and Iberia become the first of an expected growing family of airlines to be accommodated within the umbrella of the IAG parent company.

The site believes the most likely solution for BA will be to launch a new subsidiary ‘along the lines of its City Flyer operation at London City’.

It adds: ‘This would be operationally distinct, operated under a distinct brand with separate pilot and crew agreements.’

Rhys Jones of headforpoints.com told MailOnline Travel: ‘Gatwick has always been second-best for British Airways and it appears that it is now looking to drive its costs down even further as it competes with easyJet, Ryanair and Wizz Air, which are increasingly dominating the airport.

‘By recruiting a separate crew on new poorer contracts, British Airways will be able to better compete with the low-cost carriers although it’s not clear what effect this could have on service. It is also debatable whether a race to the bottom is one that BA can win. British Airways has recently re-introduced free snacks and water in economy on short-haul flights from Heathrow, but this could be at risk.

‘It’s not clear whether the new airline will fly under the British Airways brand – which risks damaging it – or if British Airways will introduce a new brand that the public won’t recognise. The choice it makes will have an impact on what we can expect in price and service.’

Mr Calder said that when he was working for BA at Gatwick in the 1970s, the firm’s operation at the airport was ‘basically a “Gatwick subsidiary” called British Airtours, with older planes and less well-paid staff.’

‘Today’s news suggests they may be going back to that model,’ he added.

‘Over the decades I have watched a whole series of strategies to try to make BA’s Gatwick operation profitable, including a short-lived and highly unsuccessful effort to make it ‘the hub without the hubbub’.

‘The new boss, Sean Doyle, is being much more radical. If he succeeds in cutting costs and reviving short-haul flying for BA at Gatwick [with the new subsidiary], travellers will benefit – with real competition for the budget giant, easyJet.’

However, he said the new subsidiary will be ‘so different’ from what BA currently offers, meaning ‘you will not be getting the bottle of water and snack in economy, you will not have the world’s most generous cabin baggage policy.’

BA’s plan with the new subsidiary is to use the same staff, aircraft and slots that it used at Gatwick in before it ceased its short-haul operations in March last year, Mr Calder added in the Independent.

He said a likely new name for the venture is ‘British Airways Express’, like Iberia Express – the budget offshoot of BA’s Spanish airline.

BA has long-struggled to make its short-haul operations from Gatwick profitable.

Its failed ‘hub without the hubbub’ operation at Gatwick North Terminal lasted only briefly and offered a connecting time which was as little as 26 minutes.

In the 1980s, the firm took over British Caledonian and then Dan-Air, leaving it with duplicated and incoherent services.

After the 9/11 terrorist attacks in 2001, easyJet embarked on a major move to Gatwick, which is now its main base.

It meant that BA struggled to maintain profitability on its short-haul routes while competing with its budget rival.

At the height of the coronavirus crisis in April last year, BA revealed that it could abandon Gatwick altogether as it battled to survive.

The airline was crippled by the pandemic and was forced to cut thousands of pilot and cabin crew jobs.

In a memo seen by the BBC at the time, it said: ‘As you know, we suspended our Gatwick flying schedule at the start of April and there is no certainty as to when or if these services can or will return.

BA boss Mr Doyle, who took over in October last year after predecessor Alex Cruz stepped down following a troubled four-year tenure, has been fiercely critical of the Government over its handling of pandemic.

Writing in the Daily Mail in July, he slammed ministers for ‘shifting the goalposts’ over plans to re-start international travel.

‘No wonder we’re all so confused by the constant changes in the Government’s approach. It feels like one set of rules apply in one area of life and another set of rules in another,’ he wrote.

‘The vaccination programme should have given us the confidence to get back in the air, but we remain largely in a holding pattern thanks to the lack of transparency in decision-making.’

BA has a schedule of 47 short-haul routes and 1,881 flights from Gatwick, but its short-haul operations from the hub have been on hold since Spring 2020 due to the pandemic 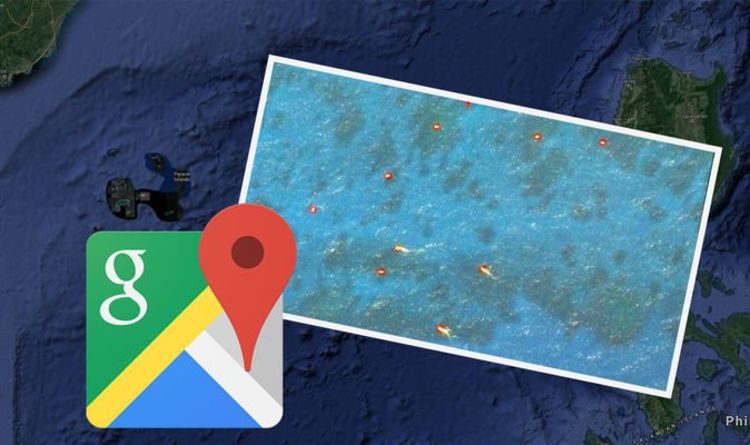 Google Maps has been helping users gain a new perspective of the world since 2005. Using satellite images the application lets viewers […] 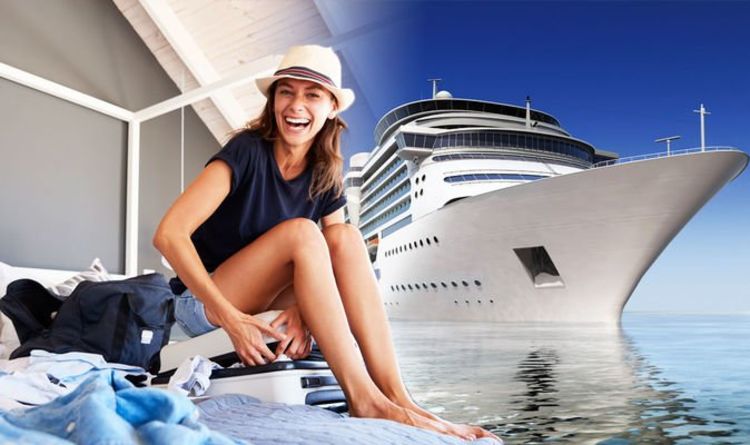 Cruise ship holidays are fairly generous with luggage, which is great news when it comes to packing. Holidaymakers heading off on a […] 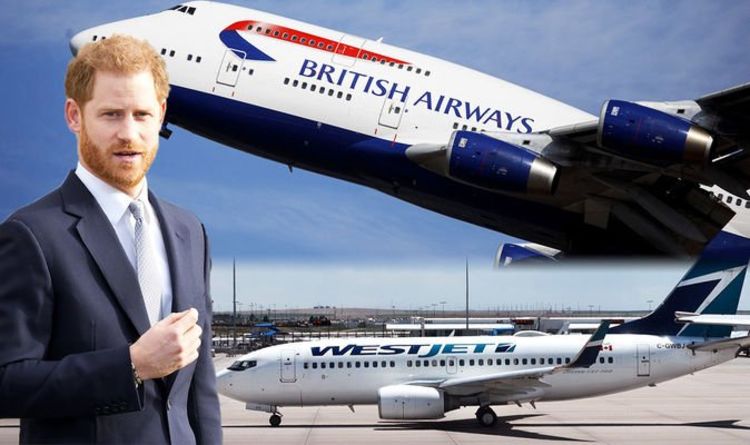 Prince Harry and Meghan Markle announced earlier in January that they would be stepping down as senior members of the Royal Family, […] 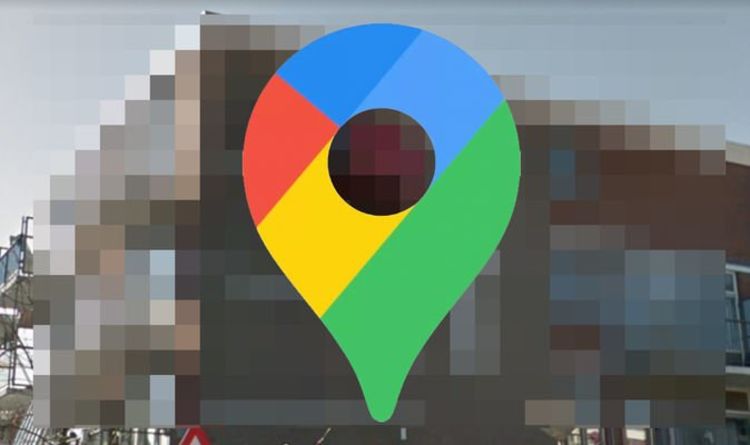 Google Maps is a popular tool and app used by millions of people around the world on a daily basis. The tool […]