The first time Robert Hammond broke up with Dan Barasch, it was because he heard an unsettling sound at the end of their second date. “Someone told me once that, if you hit it off with someone and you start hearing bells, those are not wedding bells but alarm bells and you should proceed with caution,” Mr. Hammond said. In March 2009, the metaphoric ringing in his ears caused by Mr. Barasch was unmistakable.

Mr. Hammond, 51, is a founder of New York City’s High Line, the abandoned rail line in Chelsea that was transformed in 2009 into a linear park that now attracts millions of visitors. His introduction to Mr. Barasch, 44, came as a favor to their mutual friend Jane Bliss Birk.

Mr. Barasch, who hoped to begin a program that would allow artists to display their works in subway stations, was gathering advice on how to get started on a New York City public project. Ms. Bliss Birk set up a meeting in early March. Mr. Barasch left it deflated.

“I gave him my whole story about this underground art installation project, and he had some helpful advice, but I could tell he wasn’t all that interested,” he said.

Ms. Bliss Birk heard otherwise. “Robbie called me right after they met and told me Dan made him weak in the knees,” she said. He asked if Mr. Barasch was gay. When she confirmed it, he texted immediately and asked for a date.

Mr. Hammond, now president and the executive director of Friends of the High Line, the nonprofit group he co-founded in 1999 with Joshua David, is from San Antonio, Texas. His mother, Pat Hammond, called herself a homemaker but was known as the kite lady for her extensive collection of kites, which have been featured in the Smithsonian. “She was really an artist,” he said.

He graduated from Princeton with a degree in history and moved to Manhattan just after. Before working on the High Line, Mr. Hammond was a self-taught abstract painter with commissions from restaurants and hotels like the Battery Park Ritz-Carlton; he also worked for internet start-ups.

Mr. Barasch, now the chief executive of Giving Docs, an online estate planning service for nonprofit organizations, grew up in Chappaqua, N.Y., and graduated with a degree in government from Cornell and a master’s degree in public policy from the Harvard Kennedy School. In 2005, he moved to Manhattan for a job as a marketing manager at Google.

Among his co-workers was Ms. Bliss Birk, who became his best friend. Ms. Bliss Birk knew Mr. Hammond from San Antonio, where they went to high school together. In Manhattan, they reconnected at parties Mr. Hammond regularly hosted for displaced Texans.

Mr. Hammond and Mr. Barasch’s first date was on March 9, 2009, at the restaurant Cookshop, adjacent to the High Line. “He had made this dinner reservation for 6 p.m.,” Mr. Barasch said. “To me that was hilariously early. But we had such a fun time we didn’t leave until they closed.”

Outside, they found a wooden packing crate they decided would be perfect for an art project. They dragged it to Mr. Hammond’s 10th-floor office, where they had their first kiss. Before they parted, date No. 2, less than a week later, was on the books.

That one ended much differently. On the walk home after tapas in the West Village, they talked about setting up a third date. “I was excited about it, but Robbie said, ‘Let me give you a call,’” Mr. Barasch said. “I was crushed, to be honest.”

Looking back, “I’m cringing, just really embarrassed about that,” Mr. Hammond said. “My thinking was, it should be a slow burn. If I liked him this much, it’s a sign it’s not going to work.”

They remained friends. Mr. Hammond, who had promised Mr. Barasch before the Cookshop date that he would help with the subway art project no matter what, kept that promise. Except instead of bringing art to the subway, the project evolved into the Lowline, an underground park in the former Williamsburg Bridge Trolley Terminal Mr. Barasch co-founded with the designer James Ramsey.

“I kept turning to him” for advice, Mr. Barasch said. “At a certain point I felt he was the only person in the city who understood what it was like to try to do something that involves politics and fund-raising and space-making and community development and starting a nonprofit.”

The Lowline, announced in 2012, remains in the planning phase. Mr. Barasch is its executive director. “We would go on these lunches and not call them dates, and then have these awkward goodbyes.” His attraction to Mr. Hammond was still tugging at him, and he sensed he wasn’t the only one with unrequited feelings. “But I thought maybe he’s a tortured soul. I wasn’t going to pursue it.”

In 2013, Mr. Hammond pursued it for him. Via text, he asked Mr. Barasch for a date. “I know you’ll probably say no,” he began. Mr. Barasch, though, was game. That summer, over burgers in the East Village, they rekindled their romance.

But Mr. Barasch’s earlier instinct had been right. Mr. Hammond’s soul was in distress. In the summer of 2014, after he returned from a trip to India, where he became a Vedic meditation teacher, they broke up again, this time a mutual decision.

“I was just unhappy,” Mr. Hammond said. “It was one of the most difficult years of my life.” He had recently stepped down from his role at Friends of the High Line and was figuring out his next move. The trip to India was supposed to help. But he was still struggling.

At the end of 2014, when his replacement at Friends of the High Line quit after only a few months, Mr. Hammond resumed his job there. “I had made a big deal about leaving, but my gut was telling me to stay,” he said. “The other thing my gut kept saying was, get back together with Dan.”

The chances of Mr. Barasch risking heartbreak a third time seemed remote, but he went with his gut. In June 2015, Mr. Barasch agreed to have dinner with Mr. Hammond. At Gramercy Tavern, Mr. Hammond, who was so nervous his legs were jackhammering under the table, told Mr. Barasch he loved him.

“I was sure he would reject me,” he said. Mr. Barasch admits to major trepidation. “My guard was up high,” he said. But by the time they left the restaurant, he agreed to have dinner with Mr. Hammond once a week.

That fall, with the dinner routine holding steady, they increased the frequency of their together time at a house Mr. Hammond rented in Tivoli, N.Y. “It’s a magical little town,” Mr. Hammond said. “We connected up there.” But toward the end of the year, trouble was brewing again. “Robbie decided he wanted to have a baby,” Mr. Barasch said. “It wasn’t something I wanted or was ready for.”

Mr. Hammond’s paternal urge wasn’t new to him. “I figured out that I wanted to be a dad when I was in my 20s, but I was never settled enough,” he said. “I felt broken that I was in my 40s and couldn’t have a kid.”

By 2016, he was investigating surrogacy and treading carefully, but hopefully, around Mr. Barasch’s feelings toward parenthood. “I thought Dan would come around.” After a lot of talking and months of couples therapy, he did come around. Not to becoming a father, but to the idea that he would be in a relationship with someone who had a child.

In 2017, Mr. Hammond lined up an embryo and a surrogate. That summer, the couple flew to the surrogate’s home in California for an ultrasound. Mr. Barasch fought a wave of ambivalence. “I wanted to be like, Oh my God, I’m so excited,” he said. “But I felt more fear than excitement.” All that changed when Rigsby Hammond was born on Jan. 18, 2018.

“Dan and I were able to be there for the birth and to hold the baby against our bare chests,” Mr. Hammond said. “The thing that was most moving for me was seeing Dan with Rigsby, how happy and connected they both looked.” On the flight home, Mr. Barasch was all in. “All of a sudden we were partners in something that was really rewarding,” Mr. Barasch said. “I felt like, Wow, I love all of this.”

When they brought Rigsby home, it was to a two-bedroom apartment in the West Village they moved into in 2017. They were still working on their relationship. That fall, it was in for another blow. In Oct. 2018, Mr. Hammond proposed to Mr. Barasch over dinner at Cookshop. Mr. Barasch, who was already in the process of adopting Rigsby, said he needed to think about it. Mr. Hammond left the restaurant hurt and embarrassed.

“It was awkward,” Mr. Barasch said. “I said, Let’s keep talking about it. We went back to couples therapy, and we kept on raising Rigsby, doing our thing.”

During a walk on March 19, 2020, it was his turn to propose. Mr. Hammond, who had tested the limits of Mr. Barasch’s love so many times, was elated. He said yes.

On July 20, 2021, Mr. Hammond and Mr. Barasch were married under a giant oak tree at Mr. Hammond’s family farm in Blanco, Texas. The event, to which only a dozen relatives and two friends were invited, doubled as a reunion. Mr. Hammond hadn’t seen his mother, and his father, Hall Hammond, since before the pandemic. Mr. Barasch’s parents, Caryl Barasch and Dr. Gene Barasch, and sister, Sarah Barasch, flew in from Florida and New York.

Before they said their “I do’s,” Mr. Hammond’s 20-year-old nephew, Graham Hammond, read the poem “So Much Happiness” by Naomi Shihab Nye, a family friend from San Antonio. Under the shady oak tree, so much happiness was palpable.

A Singing Matchmaker Before the ceremony, Mr. Hammond and Mr. Barasch introduced Ms. Bliss Birk, who serenaded them with “Can’t Help Falling in Love” on ukulele; she learned how to play the instrument for the occasion.

Texas Style After the ceremony, the wedding party gathered at the farmhouse for a barbecue lunch catered by the Old 300, a Blanco favorite. After eating and toasting, the group changed into bathing suits and took a dip in the Blanco River. 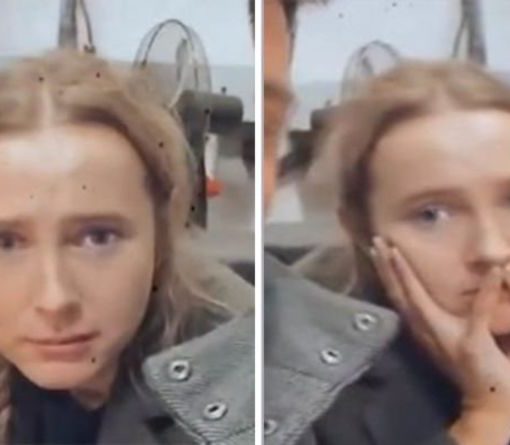 For those individuals who need strong hearing aids, there is the possibility of body worn hearing aids, where a box is clipped […]

Martin Lewis, Money Saving Expert, appeared on This Morning today to tell Holly Willoughby and Philip Schofield how Britons can cut down […] 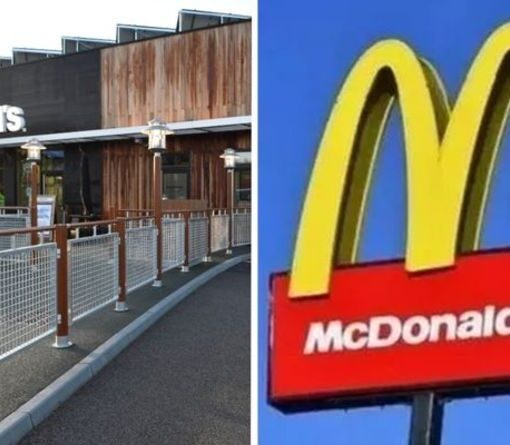 McDonald’s is constantly changing and updating its brand in line with customer demand. Doing its small part for the environment, the fast-food […] 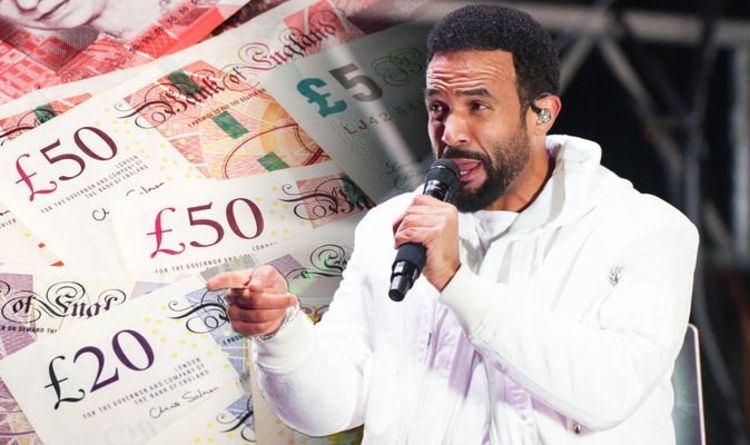 Craig David is heading into the Love Island tonight, in a move that will surely thrill contestants in the 2019 reality show. […]