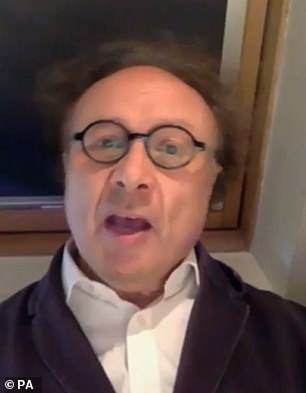 People should receive a different Covid vaccine for their third jab because it will boost their immunity, one Government adviser claimed today.

Professor Danny Altmann, an immunologist at Imperial College London and a member of SAGE’s immunology taskforce, said a mix-and-match approach for booster jabs is ‘always going to be a good idea’.

A different third jab will stimulate the immune system in a slightly different way and maximises the chance of a strong immune response, he said.

Scientists at Oxford University found in June that mixing and matching Covid jabs can give more protection and said their research could have a ‘major impact’ on the booster campaign being considered in the UK.

The Government told the NHS to prepare to dish out Covid booster injections to all over-50s and healthcare workers.

Health Secretary Sajid Javid said this week officials are waiting on advice from the Joint Committee on Vaccination and Immunisation (JCVI) before pressing ahead.

But the campaign is expected to begin in September, meaning it will be carried out at the same time as flu jabs. 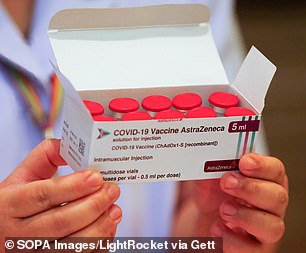 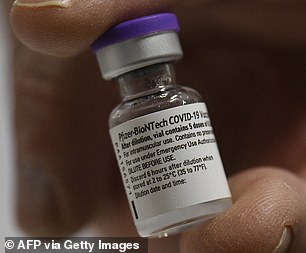 Researchers found in June that one dose of the AstraZeneca vaccine, followed by one Pfizer jab four weeks later, gave the best protection out of all the mix-and-match combinations they trialled

‘No reason to panic’: Top vaccine expert suggests booster jabs may NOT be needed

An autumn Covid vaccine booster programme may not be needed, one of the country’s leading vaccination experts has suggested.

Data suggests the vaccines are holding out against the virus and are protecting the double-jabbed from severe disease and death, Sir Andrew Pollard said.

He told the All-Party Parliamentary Group on Coronavirus that any waning of protection provided by the vaccines would be ‘gradual’ and would be picked up on quickly through UK surveillance systems.

Sir Andrew said that ‘there isn’t any reason at this moment to panic’.

And vaccine stockpiles would be better used in countries where vulnerable people are yet to be vaccinated ahead of booster programmes or vaccinating children, he suggested.

Health officials have set out a timeline for a potential booster campaign, should one be needed.

Under the plans, all over 50s and the clinically vulnerable could be offered a third Covid-19 vaccine at the same time as their flu shot.

The proposals are not set in stone and have been announced so that the NHS can prepare for the programme while more information is gathered on whether or not a booster campaign is necessary.

Sir Andrew told the group of parliamentarians: ‘The decision to boost or not should be scientifically driven.

‘The time which we would need to boost is if we saw evidence that there was an increase in hospitalisation or people dying amongst those who are vaccinated.

‘That is not something that we’re seeing at the moment. So there isn’t any reason at this moment to panic.’

Meanwhile, infectious disease expert Professor Paul Hunter told the meeting that it is ‘absolutely inevitable’ Covid variants will emerge that can get around the vaccines.

Professor Hunter, from the University of East Anglia, said: ‘It is absolutely inevitable that we are going to get escape variants coming in.’

Mutations deemed variants of concern in the UK include the Kent ‘Alpha’ variant, the South African ‘Beta’ mutation, the Indian ‘Delta’ strain and the Brazil ‘Gamma’ variant.

Vaccines are thought to be less effective against Beta and Delta.

Asked about his thought on mixing and matching, Professor Altmann told BBC Radio 4’s Today programme: ‘I think myself and basic immunology principle is strongly in favour.

‘We know that if you try and come back with the same vaccine over and over again, particularly a viral platform like Sinovac, in the end you are going to be inducing inhibitor antibodies that block the vaccine getting in in the first place and doing its stuff.

‘So the idea of a bit of mix and match for the boosters is always going to be a good idea, also because you get to stimulate the immune system through slightly different pathways and maximise your chance of inducing a good immune response.’

It comes as Chile began offering an AstraZeneca booster vaccine to older people who were double-jabbed with China’s Sinovac.

Professor Altmann said Sinovac was ‘good enough on a good day, but near the bottom of the pile’ when looking at all the available options.

He said there is no evidence yet on boosting two AstraZeneca doses with Sinovac, but he would be ‘very, very optimistic’ that it would produce a ‘far better’ immune response.

His comments follow a study by the University of Oxford, which found mixing and matching first and second doses can offer more protection that sticking to the same vaccine for both.

People who had been vaccinated with AstraZeneca’s jab initially and then received a top-up with Pfizer’s had nine times more antibodies than those who stuck to the UK vaccine.

Although antibodies are just one part of the immune response, the Oxford University researchers said the findings strongly suggested the approach could enhance immunity.

Experts who led the trial said the findings could have a ‘major impact’ on a booster regime and those who got two AstraZeneca jabs ‘should probably be offered the Pfizer vaccine’.

Britain has already bought 60million doses of Pfizer’s Covid vaccine as part of plans to launch a booster jab rollout this autumn.

But there is debate about whether a booster campaign is even needed in the UK.

Sir Andrew Pollard, one of the experts behind the Oxford jab, said there is no evidence immunity gained from two doses is waning and first jabs for people in other countries should be prioritised above third jabs for Brits.

Asked about when a booster jab is needed, Professor Altmann said: ‘These are really difficult discussions at the moment.

‘For example, the UK seems to be reaching slightly different answers to the FDA [Food and Drug Administration] in the US because the debate about how much waning is dangerous and how much of your population is vulnerable is a very difficult one.

‘I think most of us most of the time, if we’ve had our two doses, might hopefully be safe against the variants we currently know about for a good little while to come.

‘But that leaves all of us who aren’t typical – who are old, or obese, or have cancer, who are immunosuppressed who will be vulnerable.

‘And that’s when you have these difficult conversations about when to boost.’

Commenting on Sir Andrew’s remarks, Professor Altmann added: ‘I think that’s a really difficult and important debate and one that we so so desperately need to have.

‘Not just on altruistic grounds, but in terms of how best we keep this at bay on a global level.

‘And the answer is almost certainly, as Andy says, by sharing it out equitably because the fewer millions of lungs you have virus replicating in, the better off we’re all going to be.’

US clears Johnson & Johnson’s single-dose COVID-19 shot, adding a third vaccine option to the race against the virus source: abcnews.go.com

(Reuters) – India’s Strides Pharma Science Ltd said on Friday it has halted sales of its heartburn drug Ranitidine in the U.S. […] 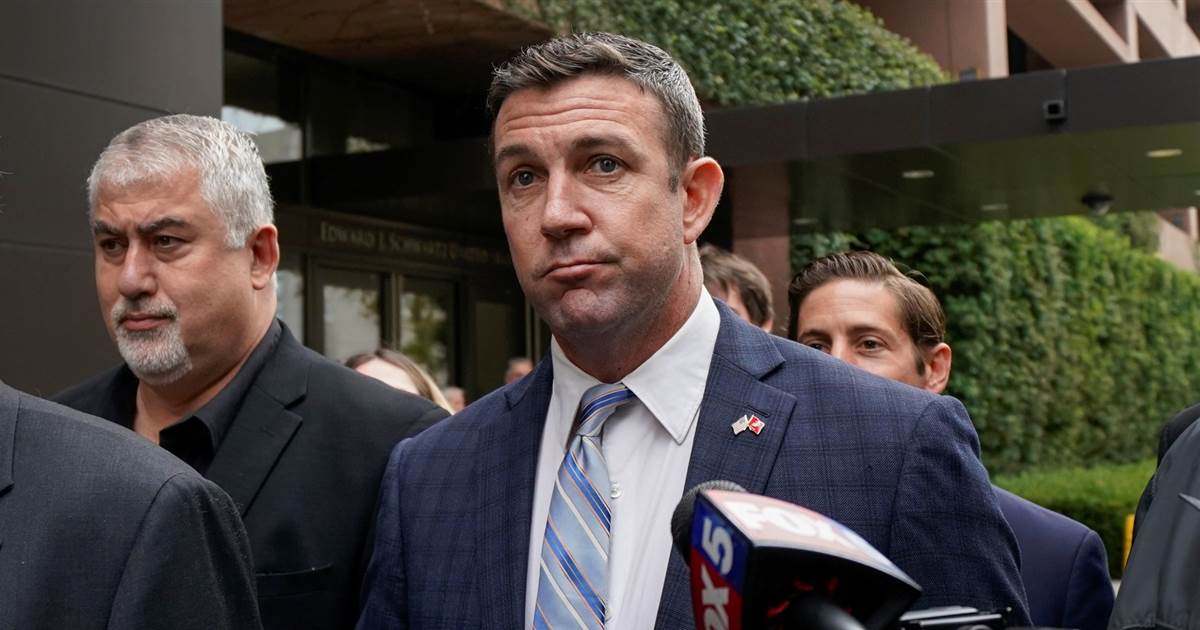