Skip to content
On Tuesday, though, Biles “looked like she got lost” somewhere in the air, CNN sports analyst Christine Brennan said. She nearly landed on her knees and left the field of play close to tears. Minutes later, word came that Biles would not compete with the team.

Her departure stunned the sports world and her many fans in the US who’ve seen her repeatedly make the most difficult moves in gymnastics look like standard playground stunts. Biles’ talent and charisma has catapulted her to a pedestal so high and seemingly untouchable that any mistake is magnified, and it’s all the more devastating — to Biles and to her many fans — when she falls.

Biles isn’t one to hide how she feels. After her less-than-perfect performance in the preliminary round Sunday, she said she feels like she has “the weight of the world on [her] shoulders at times.”

“I know I brush it off and make it seem like pressure doesn’t affect me but damn sometimes it’s hard hahaha!” she wrote on Instagram.
Biles, the most decorated American gymnast, defies gravity like a superhuman, but even our near-perfect heroes are fallible. Seeing her slip reminds her many fans of what pressure, however well-intentioned, can do to an international idol.

Biles is seen as superhuman

Biles is the greatest gymnast of all time; watch any of her previous routines and this much is undeniable. She executes moves so complex, so far from anything her competitors are capable of, that the gymnastics judging panel has been accused of dampening her scores so she doesn’t obliterate the competition.
Here is an athlete with virtually no rival; no one has ever done the kinds of moves she can. (Ever heard of the Yurchenko double pike? Not until Simone Biles, you didn’t, because she was the first to ever execute it.) Dozens of articles have said as much in the weeks leading up to her return to the Olympics. She’s such an outsized talent that she’s transcended sport altogether and become the kind of cultural phenomenon that only male athletes usually got to be in a previous era.
For all the praise heaped on her, she’s generally seemed able to acknowledge it, owning her preternatural prowess without letting the expectations weigh her down. Gone are the days of the Fierce Five, the nickname for the 2012 US Women’s Gymnastics stars that included Gabby Douglas and Aly Raisman. It’s all about the 24-year-old, 4-foot-8 powerhouse with the bedazzled goat embroidered onto her leotards.
But Biles returned to the 2020 Tokyo Olympics with something more to prove. She was expected to become the first woman to win back-to-back Olympic honors in half a century. These are also her first Games since former USA Gymnastics physician Larry Nassar was convicted of sexually abusing young gymnasts, including Biles and Raisman. And she’s doing it all without her family as they watch from half a world away.
Biles is so near-perfect that even one missed step is newsworthy. At the qualifying event, she went out of bounds multiple times, docking her score (which was still the highest of the day, given the difficulty of her routine). She knew the mistake would make headlines, so she addressed the situation with candor online. Those comments — the ones about the “weight of the world” on her shoulders — made headlines, too.

The spotlight is stuck on her

Biles can’t escape attention even when she’s off the mat. One fellow member of Team USA shared a swooning TikTok when he saw her from afar. Her celebrity dwarfs that of the other women gymnasts she’s competing alongside. She’s the most visible face of the Olympics this year.
Biles is competing in an age where so much of her life is available for public consumption, with or without her consent. Like fellow Olympian Naomi Osaka, whose own surprising loss occurred hours before Biles’ withdrawal, Biles has spoken about the mental toll competing at the highest level has taken on her, and how she is ready to retire.

“There’s never been a moment in the history of athletics where we know so much about the athletes,” said Cheryl Thompson, an assistant professor at Ryerson University who studies celebrity culture.

Fans of Biles know she lived in foster care until she and her sister were adopted by her grandparents. They know that earlier this year her brother was acquitted of murder charges. And they know that she was a victim of sexual abuse at the hands of Nassar and the other leaders of USA Gymanstics who didn’t stop it.
Biles is the only survivor of Nassar’s abuse who’s competing in Tokyo, the New York Times reported earlier this month. She told the Times about the damage, mental and physical, the sport has taken on her body, and how she went to Tokyo not for USA Gymnastics, not even fully for herself, but for gymnasts of color.

“I’m going to go out there and represent the USA, represent World Champions Centre and represent Black and brown girls over the world,” she told the Times. “At the end of the day, I’m not representing USA Gymnastics.”

The abuse Biles experienced doesn’t overshadow her legacy because for many years, she didn’t acknowledge it even to herself. She regularly trained at Karolyi Ranch in Texas, where elite young gymnasts like Biles, Raisman and many more encountered Nassar regularly. She didn’t accept that she, too, had been abused until 2018. The weight of that realization spun her into depression, she said, and she’d spend most of her time sleeping — “because sleeping was better than offing [herself],” she said in a Facebook series about her life.
Speaking out against abuse is an integral part of the reason she’s back at the Olympics, but far from the only one. She’s representing Black girls in gymnastics, gymnasts who want to compete in a safer environment and survivors of abuse. She’s representing Americans and women everywhere. She’s there to make them proud. And as the brightest star of the 2020 Olympics, she’s trying to impress the entire world, too.

“The Olympic Games itself is really just about creating heroes out of people so that we have someone or something to look up to and to inspire us,” Thompson said. “I think that’s at the core of the Olympic spirit.”

And when we see someone at the pinnacle of athletic achievement, someone we think we know because she’s shared so much of herself with us, fall and make a mistake, we feel some of that pain, too, Thompson said.

Biles knows this, telling the “Today” show’s Hoda Kotb that she and her team hoped “America still loves us.”

A few hours after the competition ended, Biles told reporters she felt like she “didn’t do [her] job” and let her team down. Her guilt was palpable.

The 2020 Olympics are more intense than usual, but Biles’ time isn’t over yet

She told reporters she withdrew not due to an injury, but to “work on [her] mindfulness.” She talked about how stressful the day leading up to the event was, how she was “just shaking” and could barely nap after her workout. She said she’d never felt that way ahead of a competition.

“I think we’re just too stressed out,” she told reporters. “We should be out here having fun but that’s not the case.”

The 2020 Summer Olympic Games are more intense than usual. For one, they’re taking place during a deadly pandemic that isn’t slowing. Biles’ family isn’t with her to cheer her from the stands; very few fans are there at all.

The Olympics, in the span of two weeks, are a microcosm of the human experience — the euphoric highs, the extreme lows — “the joys of victory and the agony of defeat,” Thompson said. The intensity is part of the draw for viewers, she said, but Biles’ performance on Tuesday was more shocking than viewers had expected.

“The Olympic Games reflect so much of our times,” Thompson said. “And I think this is the perfect metaphor, perhaps, for 2021.”

Tuesday won’t be the end of Biles’ Tokyo legacy. Her disappointment was evident in her answers to reporters, but she knows herself well enough to notice when something’s off and when to take time to recover. She’s taking it a day at a time, she said, and will continue to be evaluated ahead of individual competitive events she was scheduled to participate in.

So few people can say they know what it feels like to be Biles, to continuously prove you’re the greatest at something while the world watches. But Biles is the greatest not because she’s never lost, but because, now that she has, she’s reminded us what happens when the burden of expectations becomes too heavy for even the most celebrated among us to bear.

She’s just a human being, after all, albeit one who can fly and flip through the air with ease and break records without breaking a sweat. Biles has given the US and the world a hero to root for — a hero whose mental health needs tending, something many of her fans can likely relate to. 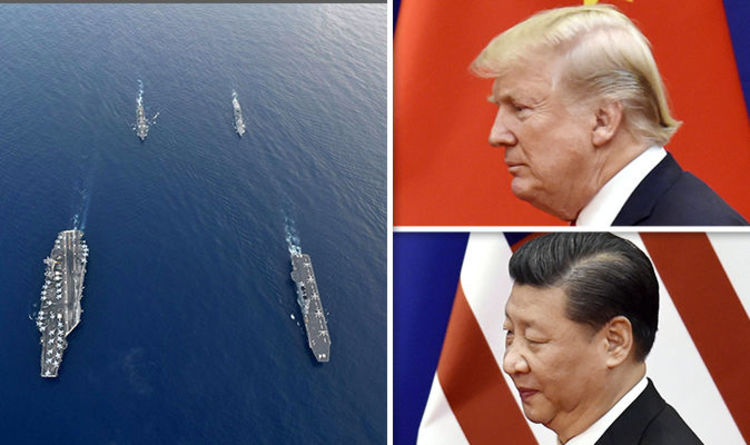 The allies took part in the drills amid heightened tensions between Beijing and Tokyo and aimed to showcase the pair’s military might. […] 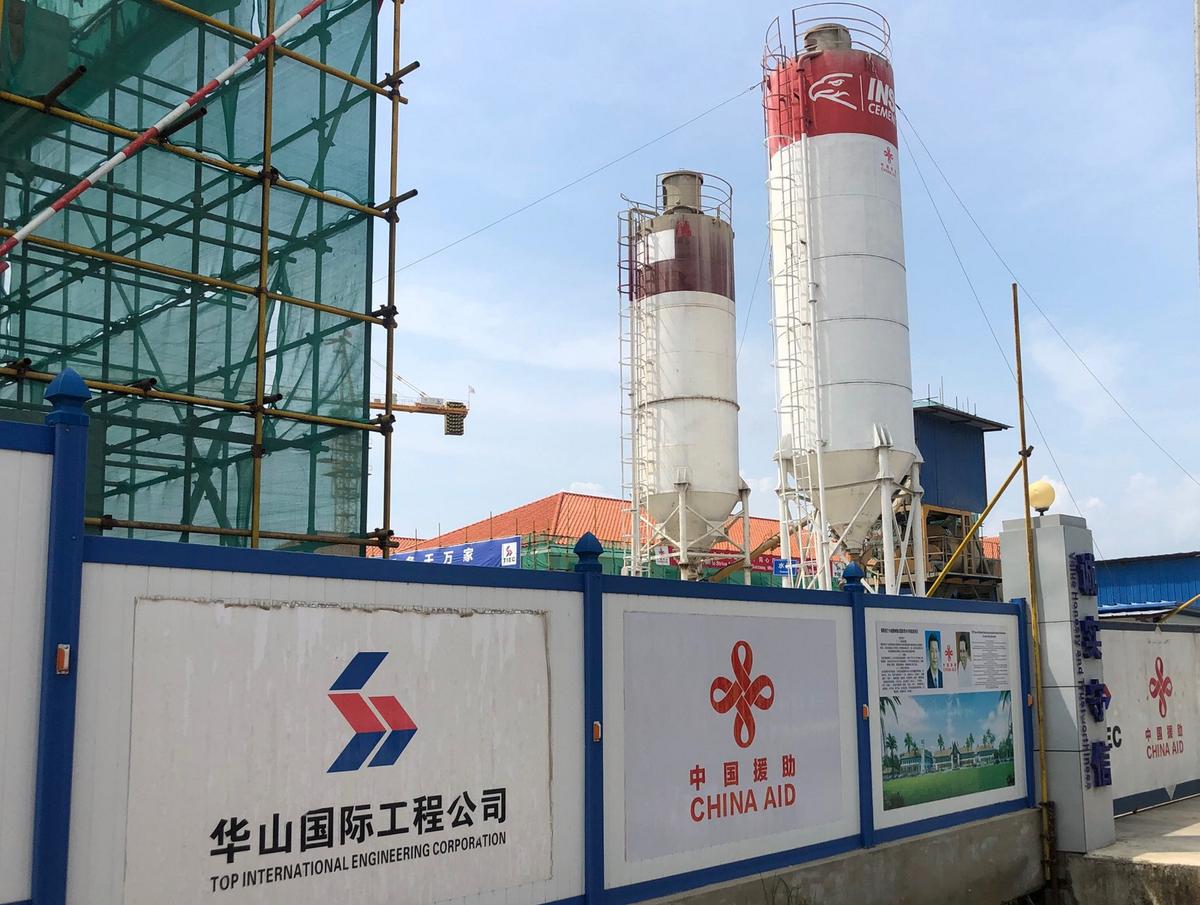 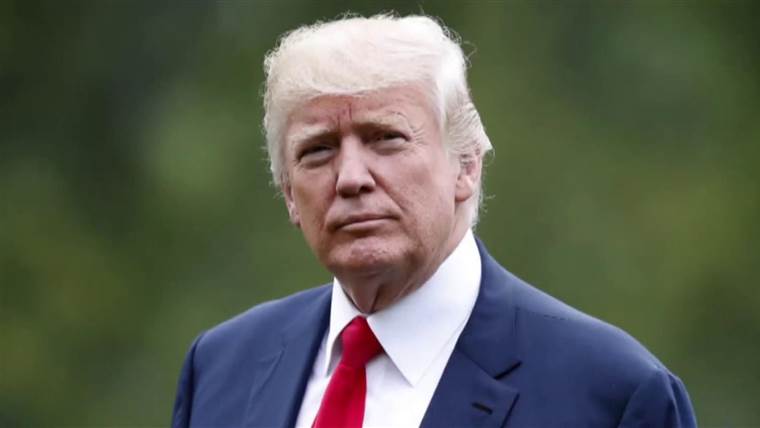