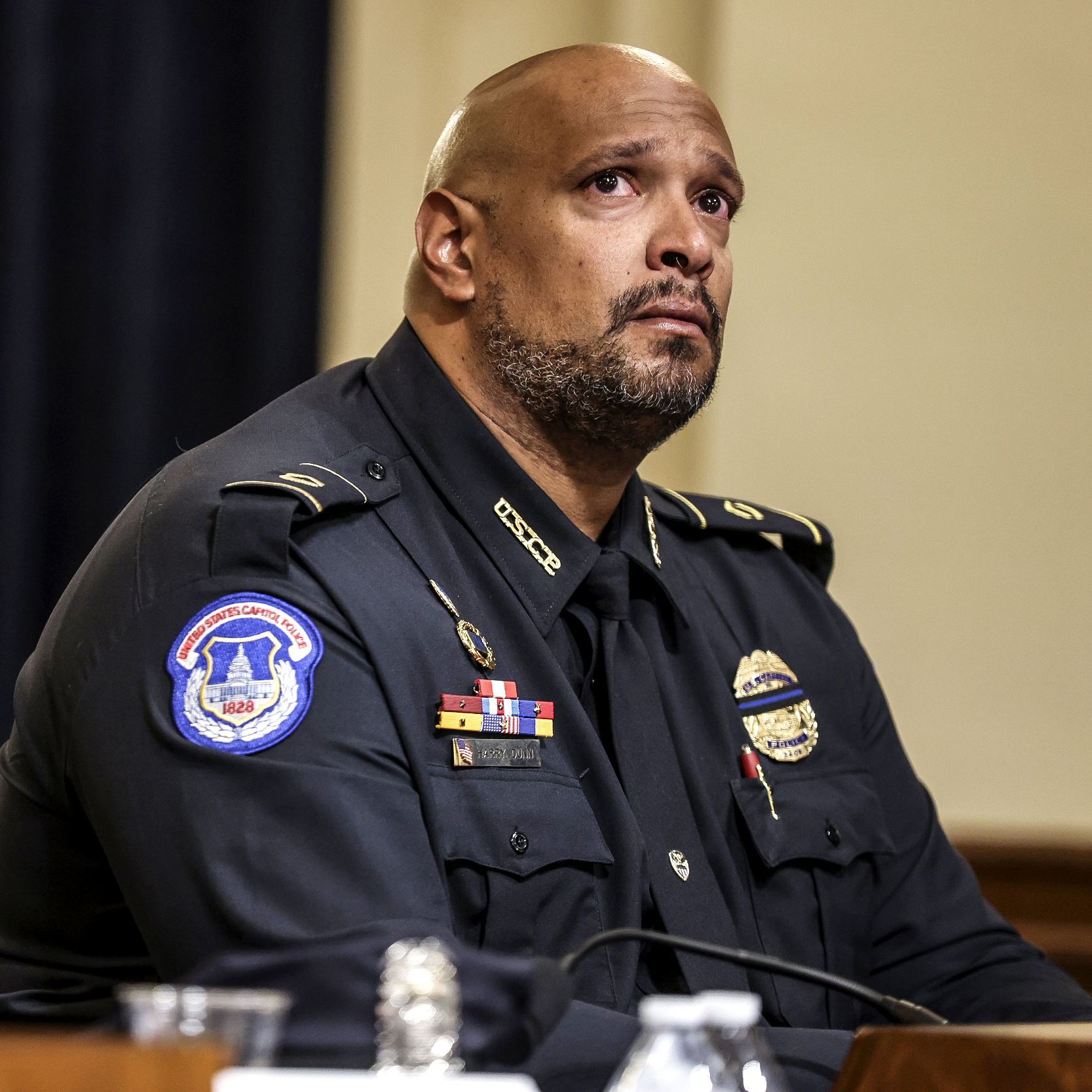 Capitol Police Officer Harry Dunn delivered some of the most emotional testimony during Tuesday’s Jan. 6 riot inquiry, describing how the mob hurled racial epithets at him and bemoaning the state of America.

“It was just so overwhelming,” said Dunn, who joined three other police officers at the first hearing held by the House select committee. “And it’s so disheartening and disappointing that we live in a country with people like that, that attack you because of the color of your skin, just to hurt you. Those words are weapons.”

He said the racist attacks he was subjected to are, to some extent, American.

“We represent the good side of America, the people that actually believe in decency, human decency, and we appeal to, just the good in people,” he added.

It’s not the first time Dunn, who also sustained physical assaults when a mob of supporters of former President Donald Trump attacked the U.S. Capitol, opened up about the epithets he faced. In April, he told MSNBC the combination of racist slurs and physical attacks had Black officers facing a “different” battle while fending off the mob.

But in a hearing that coupled the first-hand accounts of officers with video of the day, Dunn’s honest answers about suffering a barrage of racial attacks resonated as some of the most moving moments.

Dunn, a 13-year-veteran of the force, testified that as rioters were nearing the a room directly off the House floor, they shouted about being invited by Trump to “stop the steal” — prevent the congressional affirmation of Joe Biden’s victory. He added these rioters said “nobody voted” for Biden.

“I’m a law enforcement officer and I do my best to keep politics out of my job, but in this circumstance, I responded, ‘well, I voted for Joe Biden. Does my vote not count? Am I nobody?'” Dunn, who is Black, said. “That prompted a torrent of racial epithets. One woman in pink MAGA shirt yelled, ‘did you hear that, guys? This n—– voted for Joe Biden.’ Then the crowd, perhaps around 20 people, joined in screaming, ‘booo, f—— n—–.'”

“No one had ever, ever called me a n—– while wearing the uniform of a Capitol Police officer,” Dunn continued, adding that in the days following the riot he heard from other Black officers who faced racial abuse from the mob. “One officer told me he had never, in his 40 years of life, had been called a n—– to his face, and that streak ended on January 6th. Yet another Black officer later told me he had been confronted by insurrectionists in the Capitol who told him to ‘put your gun down, and we’ll show you what kind of n—– you really are.'”

The description resonated for others.

Rep. Chrissy Houlahan, D-Pa., tweeted an extended clip of Dunn’s response saying: “Everyone should listen to Officer Harry Dunn’s words about our country.”

So far, more than 500 people have been criminally charged following the riot, in which five people died and dozens more were injured.

“Like, one of the scariest things about January 6th is that the people that were there, even to this day, think that they were right,” Dunn said Tuesday. “They think that they were right. And that makes for a scary recipe for the future of this country. So, I think that’s why it’s very important that you all take this committee seriously and get to the bottom of why this happened. And let’s make it never happen again.”

For months, Dunn was among the most active Capitol police officers pushing for post-riot accountability.

He lobbied for a bipartisan commission to investigate the attack — a commission that’s passage was ultimately blocked by Republicans. Along with Washington Metropolitan Police Officer Michael Fanone, who also testified Tuesday, Dunn met last month with House Minority Leader Kevin McCarthy urging him to publicly condemn the nearly two-dozen Republican lawmakers who voted against awarding the officers the congressional medal of honor or downplayed the Jan. 6 violence. McCarthy, the officers said, told them he would address the matter privately.

Dunn’s outspokenness has been vilified in some corner of the right. Ahead of his testimony, Fox News host Tucker Carlson last week attacked Dunn as an “angry, left-wing political activist” who “will pretend to speak for the country’s law enforcement community.”

On Tuesday, Dunn closed with a no-holds-barred call for uncovering the truth behind the attack.

“There’s been a sentiment going around that says everybody’s trying to make January 6th political,” he said. “Well, it’s not a secret that it was political. They literally were there to ‘stop the steal.’ So when people say it shouldn’t be political, it is. It was and it is. There’s no getting around that. Telling the truth shouldn’t be hard.”

He pointed to the protective fencing recently coming down around the Capitol, saying such moves were happening before any accountability.

“Everything is different but nothing has changed,” he said, adding, “So what I ask from you all is to get to the bottom of what happened.”

“I use an analogy to describe what I want as a hitman,” he continued. “If a hitman is hired and he kills somebody, the hitman goes to jail. But not only does the hitman go to jail, but the person who hired them does. There was an attack carried out on January 6th, and a hitman sent them. I want you to get to the bottom of that.” 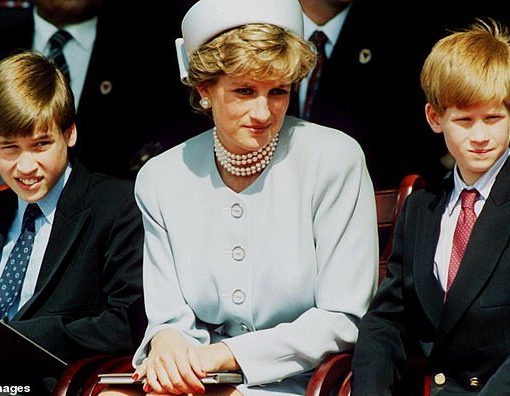 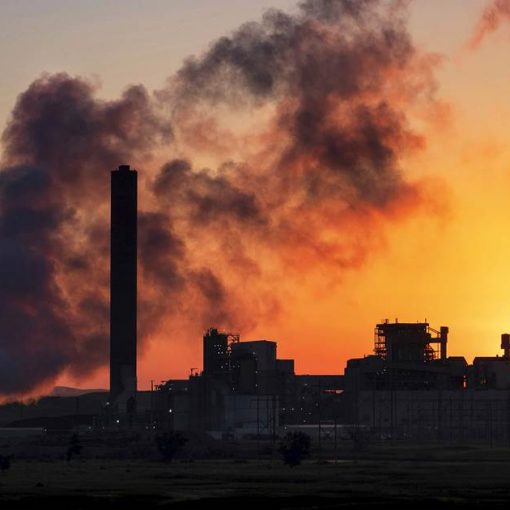 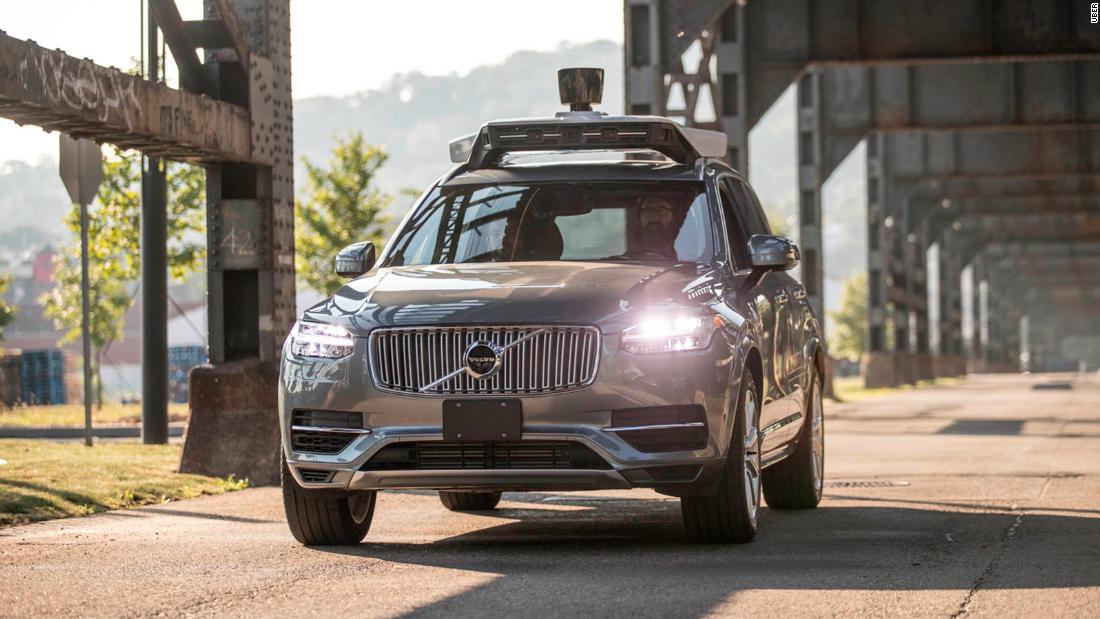 Rafaela Vasquez was watching television on her smartphone when the Uber self-driving vehicle struck Elaine Herzberg, who was crossing a road in […]