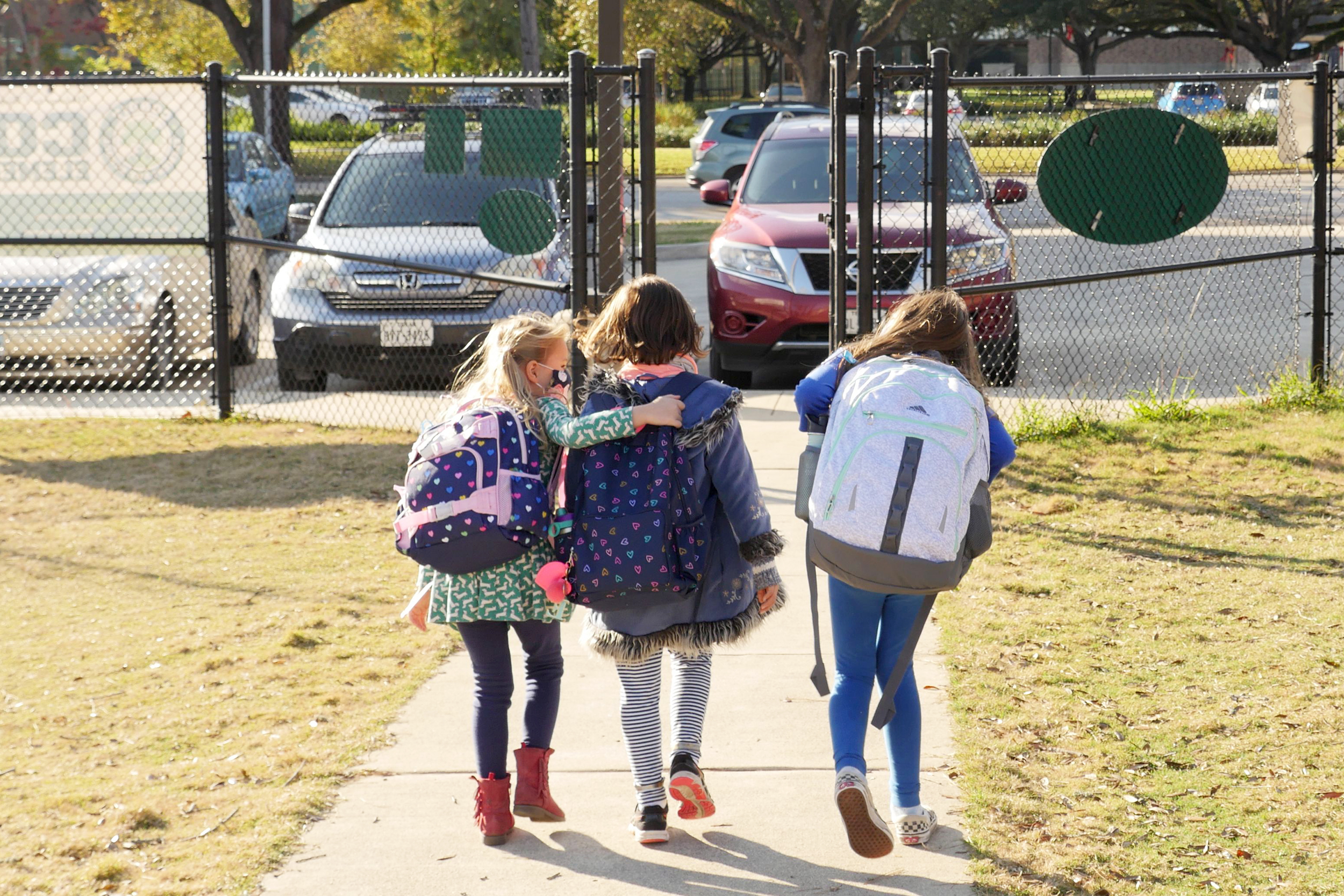 As second grade teacher Aaron Phillips prepares to return to his classroom in Amarillo, Texas, in a few weeks, he is increasingly concerned that he and his students will be at risk in an alarming surge in coronavirus cases driven by the highly contagious delta variant.

Phillips is vaccinated and will be wearing a mask when school starts Aug. 17, but it is unclear how many of his students or the other adults in the building will also be wearing them after Texas Gov. Greg Abbott banned public school districts from requiring face coverings.

“It’s coming down to personal choice and personal responsibility and really letting people decide if they believe in the science or not,” said Phillips, who teaches at Coronado Elementary School in the Amarillo Independent School District. “That is extremely irresponsible and really, to me, poor leadership from the governor to allow folks to decide whether or not they will endanger the lives of others. It’s just extremely disappointing.”

To offset the lack of masks, Phillips plans to teach part of his classes outdoors while weather permits, encourage hand-washing and hygiene routines, leave the small window in his classroom open and turn on a fan.

But with 16 to 20 students in his classroom, social distancing will not be possible, and the children are too young to be vaccinated. Covid-19 vaccines have been authorized only for people ages 12 and up in the U.S.

“More bodies in the room increases the likelihood that somebody might be sick with something, and so that’s just a potential risk while this deadly contagion is still spreading in our community,” he said. “It’s worrisome, especially when some families might be telling their kids, ‘Oh it’s just a cold.’

“If one person is sick and refuses to mask, then they can spread that contagion to as many people as they come in contact with, and it will be their choice to do that or not,” he said.

Texas is one of several states that have banned schools from mandating masks.

“Kids will not be forced by government or by schools to wear masks in school,” Abbott told NBC affiliate KPRC of Houston last week. “They can by parental choice wear a mask, but there will be no government mandate requiring masks.”

What’s more, Texas lawmakers did not pass legislation that would have funded remote learning in schools, and many districts canceled plans to offer virtual learning. That means classrooms will be more full this year, limiting the ability to practice social distancing.

“It just seems like our schools, our students and our educators are nowhere near the radar for the state having a plan to keep us safe. There’s no consideration for safety in our lives,” said Ovidia Molina, president of the Texas State Teachers Association.

With masks off the table and other prevention measures that had been in place last year also sidelined, some Texas public school teachers feel the onus is on them to find ways to prevent the virus from spreading through classrooms as cases surge.

“We would like the governor to take back his decree and allow local districts to have the control to mandate masks, especially for young students,” Molina said. “It just blows our minds that we are not being as safe with our children as we could be. And it’s all because he’s tying our hands.”

Adrian Reyna, who teaches high school history to eighth graders in San Antonio, said he will be wearing KN95 masks to school, wiping down desks and cleaning his classroom between classes, keeping his windows open throughout the semester and trying to space out desks as much as possible with full classes. If cases increase to a certain percentage in the community, he will wear the plastic pod he used last year during the height of the pandemic.

“There are just so many issues when you consider how contagious the delta variant is and when you consider how schools operate. The numbers that we have in classrooms and how tight hallways are during passing periods, there’s only so much we can do to change the operations of the schools to make them safe if we’re not doing some simple things like wearing masks,” said Reyna, who teaches at Longfellow Middle School in the San Antonio Independent School District, where school starts Aug. 9.

Reyna, who is vaccinated, said he will also educate his students about the benefits of getting vaccinated, because they are eligible.

He said that he feared contracting the coronavirus when he returned to work last year and giving it to his vulnerable parents and that he has similar concerns about the highly contagious delta variant.

“We’re prepared to die for our students,” Reyna said, referring to how teachers train during lockdown drills to protect their students in worst-case scenarios, such as active-shooter situations.

“We’re prepared to do the things that we need to do to protect them. But what you’re asking me to do now is take that bullet home to my family,” said Reyna, who is vice president of organizing for the San Antonio Alliance teachers’ union.

Sarah Spurrier, who teaches advanced placement human geography at a high school in the Arlington Independent School District, said her concern is that Abbott’s policy is making “blanket statements for the whole state” that removed school districts’ authority to make critical public health choices based on their own needs.

She said that given the wide range of people’s underlying conditions, vaccination eligibility and other factors in the home, wearing masks is an efficient way to keep others safe. She will send her son, who is in the second grade, to school in a mask.

“Even though I’m vaccinated, I’m still concerned, because I am high-risk, and my parents are very high-risk,” said Spurrier, who is president of the Arlington chapter of the Texas State Teachers Association. “My son’s too young to be vaccinated, and not all of my students will be vaccinated.”

Spurrier said she has about 30 students in her classroom and back-to-back classes this semester, limiting her ability to socially distance. The windows in her classroom also do not open, and she relies on the school to provide cleaning supplies.

The Amarillo, San Antonio and Arlington school districts did not immediately respond to requests for comment about Covid-19 safety protocols in light of the ban on requiring masks.

A group of Texas legislators has sent a petition asking Abbott to change his stance and reverse the ban. It was posted to Twitter on Saturday by state Rep. Vikki Goodwin, D-Austin.

“Parents are anxious about Delta variant,” Goodwin wrote on Twitter. “They want schools to take precautions – mask mandates & virtual learning options. These options aren’t available due to Gov. Abbott’s orders. I sent this letter asking for reconsideration. It was signed by 31 of my colleagues.”

Meanwhile, Phillips said he hopes wearing a mask will send his second grade students a “message of kindness.”

“If I have a way that I can potentially help others that is a slight inconvenience to me but that in the grand scheme of things really causes no harm to me, I’m going to take that action to help others in my community, out of kindness and respect,” he said. 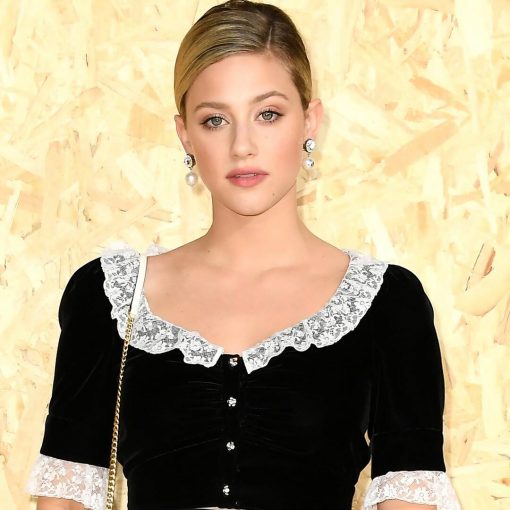 Lili Reinhart is opening up about her 11-year experience with depression. The Riverdale star and fierce mental health advocate shared some wisdom on […] 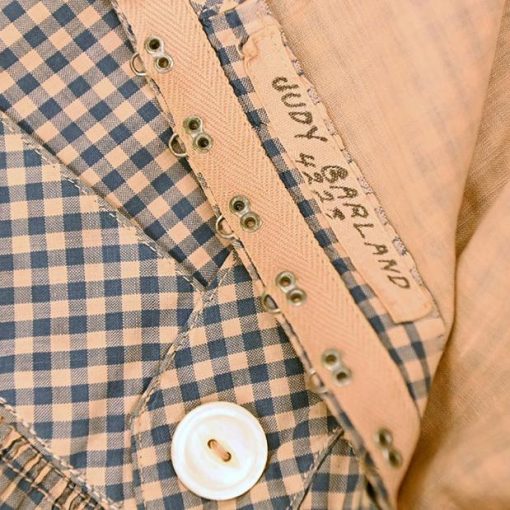 The Catholic University of America, in Washington DC, said in a release on Thursday that the dress had been missing for many […]

If you can imagine it, chances are there’s a Skyrim mod for it. Skyrim is one of the most modded games of […]