Willie le Roux One shaky moment in the first half but silkily composed in general, a delightful sidestep often ghosting him away from would-be tacklers. Mostly very dangerous. 6

Cheslin Kolbe Not one of his most eye-catching afternoons, but did produce a couple of lightning-fast carries. Crashed into contact with commitment. 6

Lukhanyo Am Immense hit on Daly early on set the first-half tone, although he was arguably fortunate after a token attempt to wrap his arms. A decent performance elsewhere. 6

Damian de Allende
A centre who smashes into contact with enthusiasm and always makes a yard or two over the gain line. A nightmare for opponents, and nearly grabbed a try. 7

Makazole Mapimpi
So nearly stole in for the decisive score in the final 10 minutes. Added his usual dynamism and physicality in attack and defence. 6

Handré Pollard
Dependable goal kicking in a tight, physical match, and good kicking from hand. A polished performance but, like many of his teammates, could not get on top after the break. 6

Faf de Klerk
Kept the hosts ticking with intelligent, speedy service and typically assured kicking from hand. A big-game player who relishes the battle, he got his try. 8

Ox Nché
Selected for mobility and dynamism with ball in hand and delivered with a high-octane display. Enjoyed some superiority at scrum time, too. 7

Bongi Mbonambi
Played a full part in an incredibly solid tone-setting front-row performance, and the hosts missed his presence after the break. 7

Trevor Nyakane
Effected a very handy turnover in the first half and also won a scrum penalty with his team under pressure. A very presentable effort after struggles earlier in the tour. 6

Eben Etzebeth
A fearsome turnover tackle on Maro Itoje summed up his combative, punishing contribution to the early Springboks rearguard but didn’t have the same impact in the second half. 6

Franco Mostert
Got through a ton of dirty work, hitting rucks all over the field,. An unfussy and unheralded presence whose absence was felt when he went off. 6

Siya Kolisi (capt)
Showed little sign of recent positive Covid-19 test and was not undercooked but did not finish strongly. Always dependable, he led from the front. 6

Pieter-Steph du Toit
Crushingly physical in contact, but so smart along with it. The leading member of a swarming South Africa defence although they tired in the second half. 7

Kwagga Smith
Duane Vermeulen was expected to be a huge loss in the back row but Smith was a more than capable deputy. Faded somewhat in the second half before going off. 6

Replacements: Malcolm Marx (for Mbonambi 41) The Springboks rather fell apart after the break and Marx was part of the reason why 6; Steven Kitshoff (for Nché 41) The World Cup-winner was impressive in defence and, as always, immensely strong at scrum time 6; Frans Malherbe (for Nyakane 41) His introduction coincided with the Lions enjoying themselves far more than in the first half 6; Lood de Jager (for Mostert 62) Could not make an impact in a losing cause 6; Rynhardt Elstadt (for Smith 63) Failed to make much of an impact when Warren Gatland’s team were well on top 6; Herschel Jantjies (for De Klerk 73) n/a; Elton Jantjies (for Pollard 70) n/a; Damian Willemse (for Le Roux 66) Forced on to the back foot by the Lions 6

Stuart Hogg
Solid under the high ball and elusive in possession. Did his level best to get the Lions on the front foot and was always in the right place. 8

Anthony Watson
Another livewire performance by a wing who just keeps improving. Troubled the Boks with pace and footwork despite a relative lack of early service and territory. 8

Elliot Daly
Soaked up a juddering hit by Lukhanyo Am early on: rarely involved aside from conceding a first-half penalty and missing one from distance himself. 6

Robbie Henshaw
Like Daly, took a crunching hit in the early stages, before a brilliant surge infield was only thwarted by a Willie le Roux tackle. Pacy and direct. 7

Duhan van der Merwe
Another member of the back line who impressed despite a relative dearth of space and ball early on. Massive hit on Kwagga Smith after the break. 7

Dan Biggar
A poor penalty attempt before half-time felt significant, but the Welshman was unfazed. Recovered superbly to nail a fiendishly difficult pressure penalty to put the Lions ahead. 8

Ali Price
Picked on tour form, this was a considerable step up in class, he was unable to make the impact he would have liked. De Klerk the clear winner in No 9 duel. 6

Rory Sutherland
Gave away a significant scrum penalty before half-time, even if arguably unlucky to do so. Overall competed competently at scrums and in the loose. 6

Luke Cowan-Dickie
Started well with his lineout throwing but the radar seemed to malfunction after 20 minutes. A heartening Exeter-style try was a big plus, the set-piece wasn’t ideal. 6

Tadhg Furlong
Didn’t take a backward step in the scrum or in the loose around the park, covered tonnes of ground, got through loads of work with typical gusto. 8

Maro Itoje
Simply brilliant, especially first-half, with fire in his belly combined with the necessary ice-cool attitude up top. Destructive at the breakdown, a constant threat to Boks’ ball. 8

Alun Wyn Jones (capt)
Created the Lions’ first try with a brave carry combined with an attacking decision to kick for corner. Massive work-rate: his leadership turned the match. 7

Courtney Lawes
On his first Lions start, the second row’s physicality and experience was so important and he dominated at times. Justified his selection, and then some. 9

Tom Curry
Coughed up two early penalties, including a needless late hit on Faf de Klerk. Industrious as ever, even if indiscipline handed early momentum to Boks. 6

Jack Conan
Quiet early on but a strong surge on the half-hour sparked one of the Lions’ best attacks. Appeared to suffer at hands of muscular opposing back row initially, but grew into it. 7

Replacements: Ken Owens (for Cowan-Dickie 56) A key member of the Lions’ very own bomb squad. Helped Gatland’s men dominate in the final quarter 8; Mako Vunipola (for Sutherland 56) Certainly not a bad option to bring off the bench when the Lions were in the ascendancy. Brought the expected ballast in the scrum 8; Kyle Sinckler (for Furlong 67) Slotted in well along with all the other Lions replacements 7; Tadhg Beirne (for Lawes 72) n/a; Hamish Watson (for Curry 57) Fortunate not to concede a penalty and perhaps a yellow card for what looked a dangerous tackle but that summed up his physical approach 6; Conor Murray (for Price 62) Kept the side ticking over and provided continuity in the final quarter 7; Owen Farrell (for Daly 64) A world-class finisher to help close the game out against the faltering Boks – slotted a massive penalty 8; Liam Williams (for Van Der Merwe 70) n/a 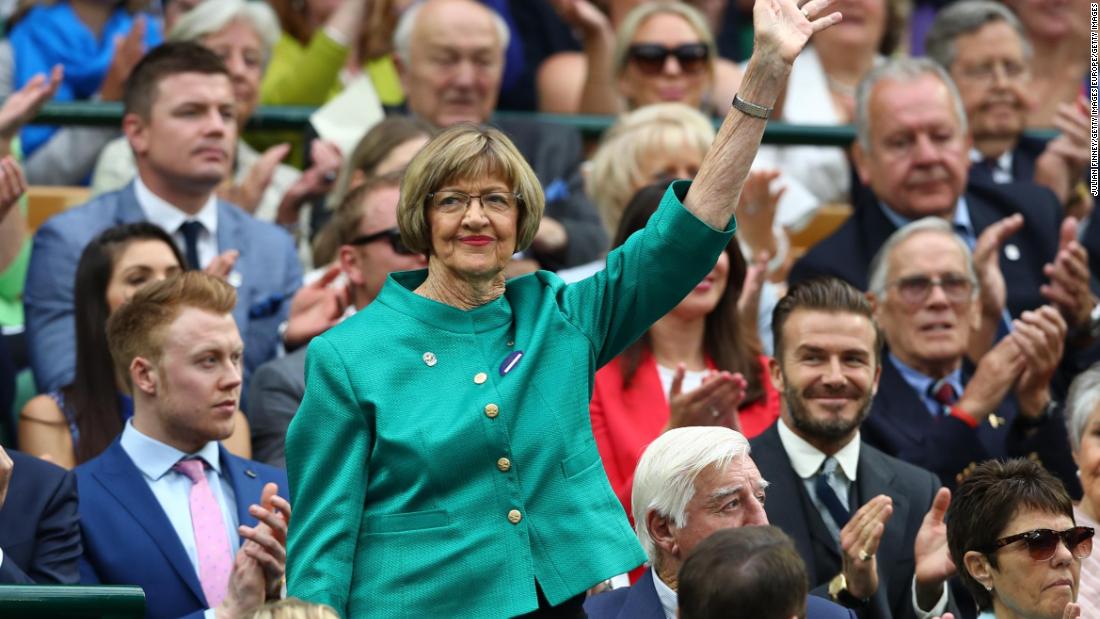 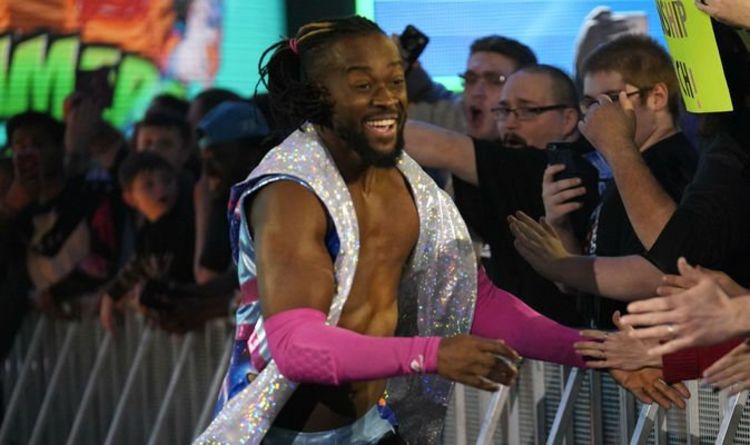 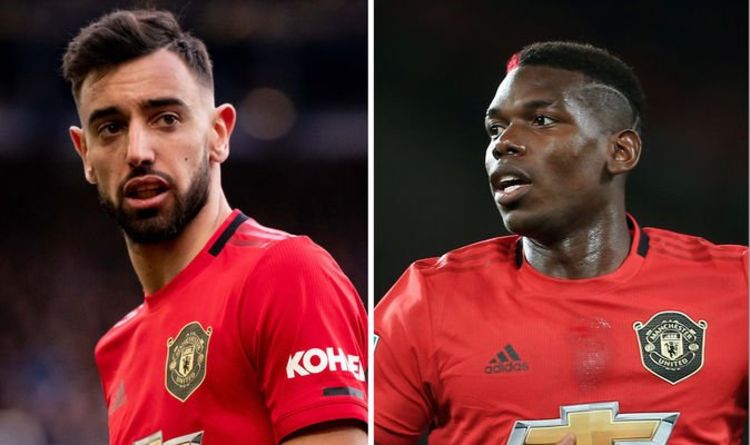 Speaking to TalkSPORT, Murphy explained why he believes United will be fine with letting Pogba go in order to keep Fernandes’ position […]