It’s nice to attach a voice to a character you care about, and actors and directors certainly put a lot of work into fully voiced games. But it’s still tempting to read the subtitles and skip to the end. Sometimes you’re impatient to get to the next bit, or don’t actually want to hear someone put emphasis in all the wrong places. Maybe it makes you feel bad, but it’s tempting to just click or spacebar your way through.

Do you listen to dialogue, or just read it and skip ahead?

Here are our answers, plus some from our forum.

James Davenport: I’m a skipper. Unless the facial animation and voice performances are out of this world, I feel like I can get the gist of the emotional intent without missing anything. I’m a fast reader, too, and don’t like waiting for the voice performers to catch up. I don’t feel like skipping compromised anything in Divinity: Original Sin 2 or the Mass Effect trilogy.

Morgan Park: I try. I reeaaally try to sit through every bit of dialogue, but I often skip after around 80% of a line has been said and feel pretty guilty about it (especially on main quests). I’m starting to think reading ahead is the villain here. During my last Witcher 3 replay, I turned off subtitles so I would stop staring at text and start looking at faces. It totally worked, but it had the unintended effect of no longer skipping voice lines and I loved it. You can’t really turn off the subtitles in something like Disco Elysium: The Final Cut, but that voice cast is so damn good that I’ve successfully fought the urge to skip ahead.

Jody Macgregor: I start a new game thinking this time I’ll definitely listen to the performances, really savour it. But I put subtitles on out of necessity—too often I’ve missed important dialogue because sound effects mask it—and I can’t stop myself from reading them. And I read pretty fast. A couple of hours later I’m half-hearing a jumble of the opening words of sentences as I hop through every scene. Last time this happened was with Solasta: Crown of the Magister, though it’s pretty obvious there that the actors have no idea what the context of some of their lines are, so I’m not missing much.

Andy Chalk: I don’t like to skip. If the cutscenes are perfunctory, or just not very well done, then sometimes I’ll read the subtitles and be on my way. But if I’m playing something with a narrative that I’m at all invested in, then in most cases I want the full experience and so I’ll let them play out. Plus developers put all that work into making them, so I feel a certain obligation to watch—it’s a lot of effort!

Brian Boru: First time playing a game I take the full show—opening credits, tutorials, FMVs, speech etc. Both for info and to appreciate the devs’ efforts. If the game has even a bit of story, then the full show is usually a nice part of immersion.

2nd playthru I get annoyed if I don’t have the option to skip everything. I may still look & listen, but I want the option. Unskippable cutscenes are a severe annoyance for me—couple that with a respawn point just before one and I have the ‘Do I really want to continue this game?’ conversation with myself.

Decius Winder: It depends on the game. For story-based games I usually do listen to the dialogue and just generally games that capture my attention and are interesting I listen to the dialogue. Sometimes though, like with a game I played recently, Fallout 4, it’s just not that interesting so I’ll read it and skip ahead, and other times I may really like a game but don’t feel like listening to dialogue in the moment so I read and skip ahead then.

Zloth: Listen, assuming its the first time I’ve heard the dialog. Why would I rush a pastime!?

Pifanjr: I usually listen to all of it. However, if there’s a whole bunch of exposition happening that’s taking forever to tell, I’ll probably start skipping ahead. This happened pretty often while exploring all dialog options in Mass Effect. I want to learn more about the world building, but the voice acting doesn’t really add much to an info dump.

ZedClampet: I intend to both listen and read, but sometimes my brain checks out, and I end up doing neither. I do enjoy strong narratives, though. I’m not someone who gets easily frustrated with cutscenes unless I have to watch them more than once. Dying and having to watch a cutscene again pretty much infuriates me.

If I had to choose between being flattened by heavy machinery or only listening to Final Fantasy banter for the rest of my life, I don’t know which I would pick.

Alm: I find it really depends on my mood. If I want to hear/read the dialogue I will, and if I don’t feel it is adding to my experience (if I’m not in the mood) I’ll skip through it. I think that I do try to listen to dialogue in the main though.

mainer: Never. Ever. I play mostly RPGs, and most of those have a decent to great narrative, where my character’s choices matter, and can influence not only NPCs and companions, but local or world events. Even on my 2nd, 3rd or more play through, I always listen to the dialogue (if voiced), and read it (although some games give you the option to disable subtitles for spoken dialogue I leave them on).

It doesn’t bore me (even if I’ve seen it several times), and I don’t have that need to rush to next event or combat; I’m not a speed runner, and I don’t play only for the combat. Also, some of the voice actors are just incredible (Jennifer Hale you’re awesome!), and some dialogue, even if a bit amateurish, can be funny and set the mood for the game world. Yes, even Bethesda’s games.

Dialogue changes with the choices you make. Sometimes a lot, sometimes only a little, but you never know when you’re going to run into a unique situation that you’ve never seen before. Even games that are considered ARPGs, I read and listen to the dialogue. If I’m playing a game, why would I rush through it just to get to the next part? I’m in it because of the world, the mood, the atmosphere, the choices, dialogue/companions/nps, as well as the combat. The experience. Why rush through it?

Johnway: It all depends how annoying, short on time and/or impatient I am. For the first play through I listen to everything and i don’t generally skip. However, there are exceptions to the rule. If I hear the same minor dialogue (like a shop keeper saying goodbye), I would skip it. Another example are boss battles where there are huge monologues/cutscenes before I fight, I skip when I’m trying to have another go beating them. I remember in Icewind Dale the final boss I was so fed up listening/reading the grand speeches that I just selected the option akin to “I don’t care about your motives! Let’s just fight!”

Shaamster7832: To me, it depends on whether I have played the game or not.
Because if it is a game I’ve never played before, I wouldn’t want to miss any of the dialogue so that I may know what is going on in the storyline of the game. However, games that replay a specific cut scene because you died, could be a little annoying and it’s a given that I will skip it.

Yngwaz: Given it’s the first time I experience the game, I definitely not skip. And depending on how good things were, I don’t skip certain parts/quests/characters even when I play it for the 100th time. ❤

Sarafan: It really depends on the game. In the Witcher series I can’t even imagine to skip the dialogues. They’re so good that’s it’s almost a crime not to listen to them! In voiced-over isometric RPGs I frequently skip them however. This is especially true for games which I play with my native language subtitles and original dubbing. I find it hard to wait for the dialogue to be fully played, because I have a tendency to read the text much faster. But even in these cases sometimes I slow down and wait for the voice-over. It all depends on the game, mood and quality of dubbing. 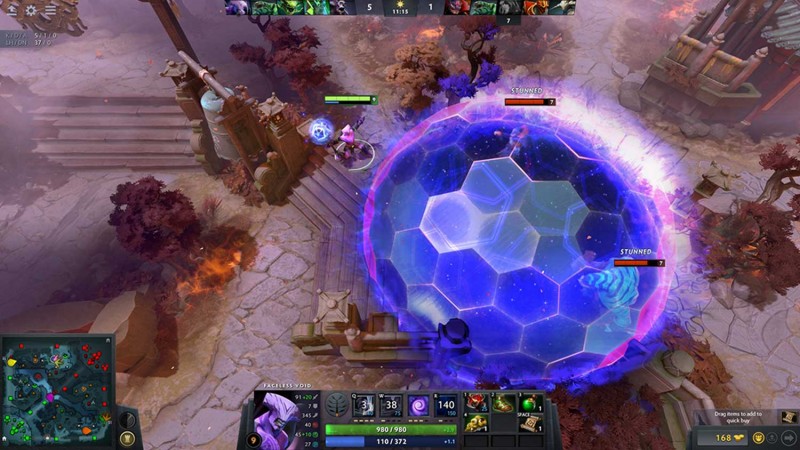 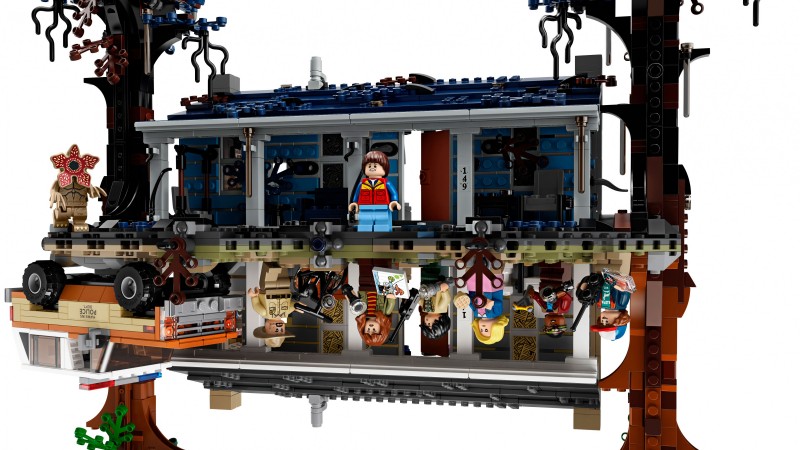 It’s always exciting when LEGO takes on a new property, and doubly so when it’s a great set of characters and locations […]