Nine days after being upstaged by Richard Branson, Amazon founder Jeff Bezos is finally ready for his own flight into history, blasting off Tuesday morning aboard a fully automated spacecraft he believes will usher in a new era of commercial passenger service.

Reaching a slightly higher altitude than Branson’s winged spaceplane, Bezos’ New Shepard capsule is equipped with the largest windows ever built into a spacecraft, offering its briefly weightless passengers truly out-of-this-world views of planet Earth more than 62 miles below.

More important for the safety-conscious, perhaps, the capsule features a flight-tested abort system designed to quickly propel the ship and its passengers away from a malfunctioning booster.

Like Branson before him, Bezos’ presence aboard his New Shepard spacecraft is a public show of confidence in its readiness, after 15 successful but unpiloted test flights, to begin sub-orbital flights for wealthy space tourists and researchers flying at government or corporate expense.

“I want to go on this flight because it’s the thing I’ve wanted to do all my life,” he said when announcing he would be aboard the New Shepard’s first passenger launch. “It’s an adventure. It’s a big deal for me.”

Branson might have been the first owner-operator to ride into space aboard his own rocketplane, but Bezos, through his company Blue Origin, is committed to a much loftier ambition: building a commercial empire across all major sectors of the space economy.

Not content to compete in the sub-orbital arena alone, Bezos also is challenging fellow billionaire and SpaceX founder Elon Musk, spending billions to fund development of more powerful New Glenn rockets to launch satellites and eventually people to Earth orbit and beyond.

“When it comes to space, I see it as my job,” he said during the 2016 Code Conference. “I’m building infrastructure the hard way, I’m using my resources to put in place heavy lifting infrastructure so that the next generation of people can have a dynamic, entrepreneurial explosion into space.

“I want thousands of entrepreneurs doing amazing things in space. And to do that, we have to dramatically lower the cost of access to space.”

As for risking his life for a 10-minute trip to space and back?

“You could argue about how risky it is if it’s done right,” he said in a 2019 interview with Norah O’Donnell, anchor and managing editor of the CBS Evening News.

“With the technologies we have today, the suborbital mission could be made very safe. It can never be risk-free. The only thing that’s really risk-free is staying in your bedroom.”

But, he went on, “we take risks when we think it’s worth it to us, when it’s an experience you want to have, whether it’s horseback riding or scuba diving or any of the many things that people take some risk for. So the question is: Is that experience worth it to you? And for me, it certainly is.”

For Bezos, possibly the richest man in the world with a net worth of some $200 billion, that dream will become reality Tuesday when he blasts off aboard his New Shepard rocket. Joining him on the flight are his brother Mark Bezos, the aviation pioneer Wally Funk and Dutch student Oliver Daemen, an 18-year-old space enthusiast who paid an undisclosed sum for his seat.

Funk is a legendary professional pilot with more than 19,000 hours flying time who underwent grueling medical testing in the 1960s to prepare for spaceflight only to be barred from NASA’s initially all-male astronaut corps by the Johnson administration.

“I didn’t think that I would ever get to go up,” Funk said in an Instagram video posted by Bezos. “They said, ‘Wally, you’re a girl, you can’t do that.’ I said, guess what? Doesn’t matter what you are, you can still do it if you want to. And I like to do things that nobody’s ever done.”

Widely known and respected in aviation circles, Funk, at age 82, will be the oldest person to ever venture into space. John Glenn, the first American in orbit and the current record holder, was 77 when he took off aboard a space shuttle in 1998 for his second spaceflight.

At the opposite end of the spectrum aboard the New Shepard is Daemen, who at 18 will be the youngest person to fly in space. He also will be Blue Origin’s first paying passenger.

Daemen is flying in place of an auction winner who bid $28 million for the seat only to opt out because of a schedule conflict. Blue Origin says the auction winner, who wants to remain anonymous, will take off on a later flight instead.

Daemen’s father Joes Daemen, founder of Somerset Capital Partners, participated in the auction but dropped out as the price soared to astronomical heights. Still, his bid apparently purchased a seat for his son, who was assigned a ride on Blue Origin’s second commercial flight. The company moved him up to the July 20 flight when the winning bidder postponed.

“I am super excited to go to space and join them on the flight,” Daemen said in a video posted on social media by a Dutch news site. “I’ve been dreaming about this all my life.”

Branson won the commercial sub-orbital space race in 2018 when his company, Virgin Galactic, launched its first piloted test flight above 50 miles, the somewhat arbitrary “boundary” of space recognized by NASA and the Federal Aviation Administration.

While Branson’s July 11 sub-orbital flight was Virgin’s fourth carrying pilots, it was the first with a full six-person crew and the first with the company owner on board.

Branson announced his flight after Bezos had already selected his July 20 launch date, blindsiding the Amazon founder and grabbing headlines in the high-stakes battle to sell a product — civilian spaceflight — as a for-profit enterprise.

“I truly believe that space belongs to all of us,” Branson said before his flight. “After more than 16 years of research, engineering and testing, Virgin Galactic stands at the vanguard of a new commercial space industry, which is set to open space to humankind and change the world for good.”

He said he was “honored to help validate the journey our future astronauts will undertake and ensure we deliver the unique customer experience people expect from Virgin.”

Bezos had no public comment on Virgin’s sudden decision to schedule Branson’s flight ahead of Blue Origin’s. But Branson insisted he didn’t view the competition as a “race.”

“I’ve said this so many times, it really wasn’t a race,” he said after landing. “We’re just delighted that everything went so fantastically well. We wish Jeff the absolute best and the people (who) are going up with him during his flight.”

Blue Origin, in its mission statement, also denies being in a race and vows to pursue its goal of “building a road to space” according to its Latin motto, Gradatim Ferociter: “Step by step, ferociously.”

Unlike Virgin Galactic’s VSS Unity spaceplane, which is launched from a carrier jet and glides to a runway landing after a brief visit to the lower edge of space, Blue Origin’s New Shepard is a much more traditional rocket and capsule.

In a little more than two minutes, the single-stage booster will propel the capsule and its crew straight up to an altitude of about 32 miles and a velocity of some 2,200 mph before main engine shutdown.

Less than 30 seconds later, at an altitude of about 45 miles, the crew capsule will be released to fly on its own.

While the reusable booster heads back to landing on a nearby pad, the crew capsule will continue upward on an unpowered, ballistic trajectory, reaching a maximum altitude of just above 62 miles three-and-a-half minutes after takeoff.

The Fédération Aéronautique Internationale (FAI), an international body based in Switzerland that certifies aerospace records, considers an altitude of 100 kilometers, or 62 miles — a level known as the Kármán Line — as the dividing line between the discernible atmosphere and space.

Virgin Galactic’s spaceplane flies just above 50 miles, meeting the NASA and FAA standard for spaceflight but not the FAI’s. Blue Origin’s capsule exceeds both altitudes — a distinction the company does not hesitate to point out.

“Only 4% of the world recognizes a lower limit of 80 km or 50 miles as the beginning of space,” Blue Origin, referring to the U.S. agencies, tweeted two days before Branson’s flight. “New Shepard flies above both boundaries. One of the many benefits of flying with Blue Origin.”

Only 4% of the world recognizes a lower limit of 80 km or 50 miles as the beginning of space. New Shepard flies above both boundaries. One of the many benefits of flying with Blue Origin. pic.twitter.com/4EAzMfCmYT

Approaching the top of the trajectory, Bezos and his crewmates will experience about three minutes of weightlessness, enough time to unstrap and float about the cabin while enjoying spectacular views of Earth through six windows more than a three feet tall and nearly two-and-a-half feet wide.

Then, plunging back into the lower atmosphere, the capsule will rapidly decelerate, subjecting the passengers to about four times the normal force of gravity, before three large parachutes unfurl, lowering the craft to a gentle touchdown a few miles from the launch pad.

From liftoff to landing, the entire flight lasts about 10 minutes.

It’s not yet known how much Blue Origin will charge for the short ride to space, but tickets are expected to run higher than $200,000, or more than $20,000 per minute of flight.

Whatever the actual number, that astronomical cost has triggered harsh criticism in some quarters.

“Jeff Bezos’ 11-minute thrill ride to space is an insult to the millions of people here on planet Earth who struggle every day to feed their families and make ends meet,” Oxfam America said in a statement. “Many of them are the very Amazon workers who helped make Bezos the richest man in the world.”

Both companies believe economies of scale will eventually drive prices down. Along with wealthy thrill-seekers, Virgin and Blue Origin expect to fly U.S. and international astronauts, civilian and government researchers and microgravity experiments.

But it’s an open question whether the market can sustain two companies over the long haul or whether either could withstand the impact should a catastrophic failure occur.

Survivors recount being stranded on island as teens 50 years ago 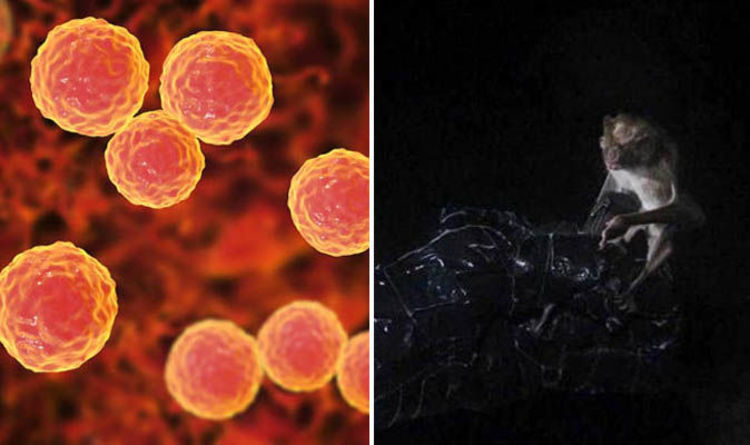 The findings, published in the journal PLOS Neglected Tropical Diseases, show that common vampire bats in Latin America are frequently infected by […] 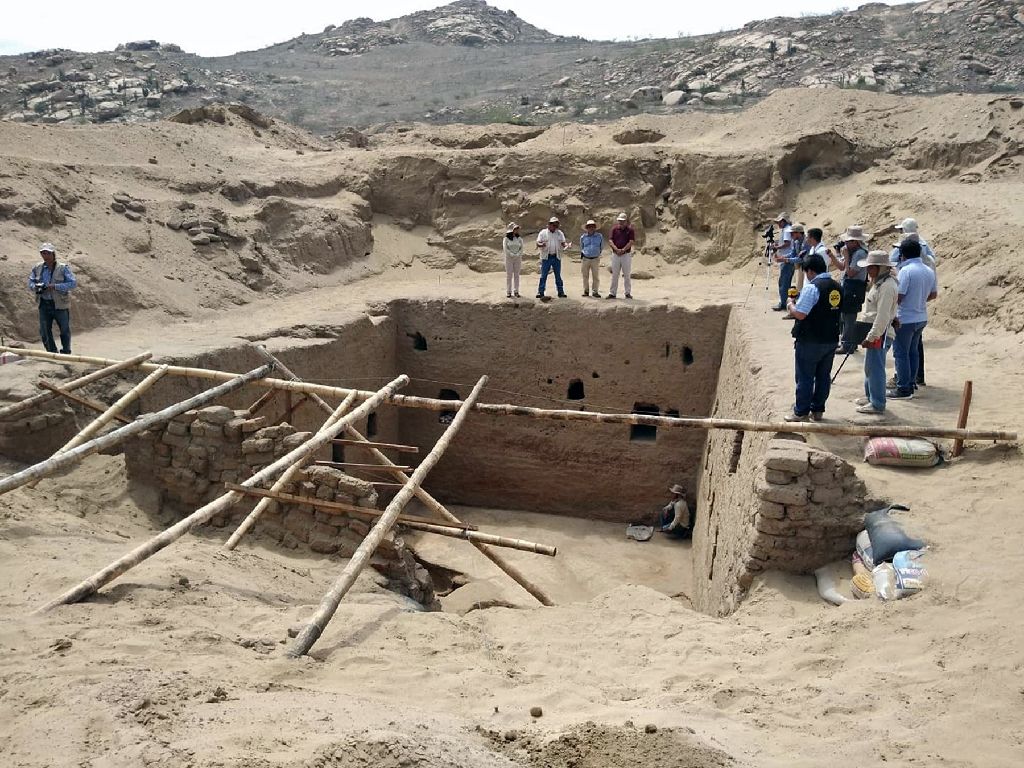 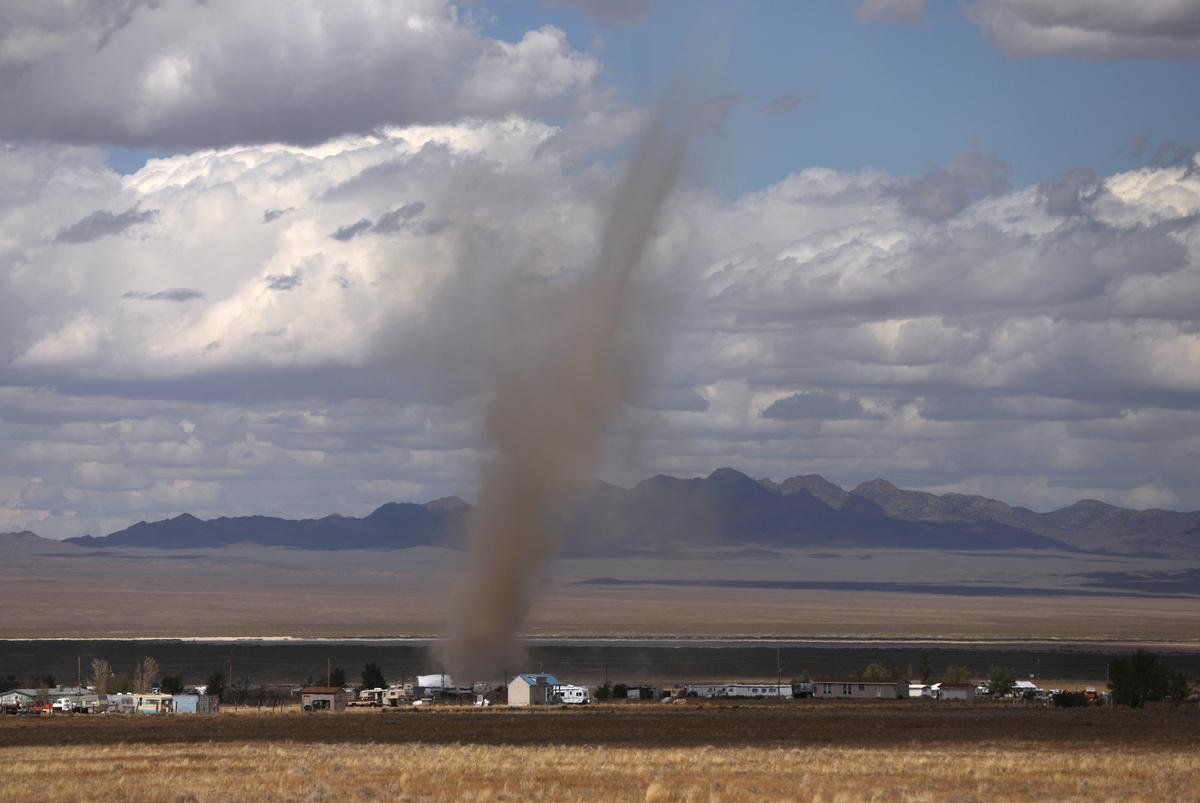 RACHEL, Nev. (Reuters) – Scores of UFO enthusiasts converged on rural Nevada on Thursday for a pilgrimage of sorts to the U.S. […] 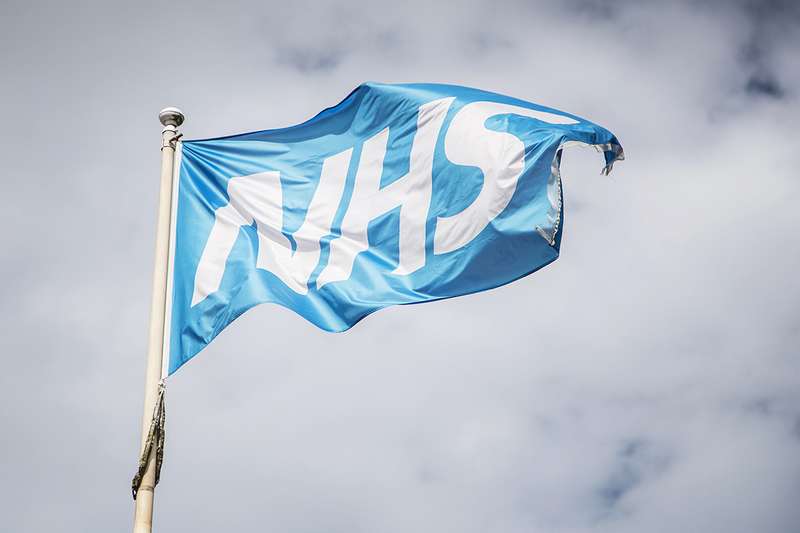