Caitlyn Jenner has insisted that her appearance on Celebrity Big Brother in Australia will not interfere with her bid for California governor.

Jenner took to Twitter to defend her trip Down Under on Friday afternoon after reports emerged that she arrived in Sydney earlier this week, just two months before California’s election to recall Governor Gavin Newsom on September 14.

‘My campaign team is in full operation as am I. I am in this race to win for California, because it is worth fighting for,’ the 71-year-old reality star wrote.

While Channel Seven, which broadcasts Australia’s Big Brother franchise hasn’t commented on the casting, her salary is believed to be at least $500,000 ASD ($372,500 USD), as this was the fee offered to another high-profile American celebrity, The Advertiser reported.

Jenner was last pictured in the US on Tuesday when she visited her local Starbucks in Malibu ahead of a busy day of meetings for her gubernatorial campaign.

The Republican hopeful was spotted chatting to prospective voters while wearing a white ‘Caitlyn for California’ T-shirt.

Sources close to Jenner told TMZ that she intends to stay in Australia for three weeks total – spending the first two in mandatory coronavirus quarantine at a hotel. That means she should return roughly a month before the election.

The sources said that Jenner committed to Big Brother before announcing her bid for governor in April and insisted that it will not interfere with her political ambitions stateside.

It was previously reported that she planned to embark on a statewide bus tour in the month before the election.

Representatives for Jenner did not immediately respond to DailyMail.com’s requests for comment. 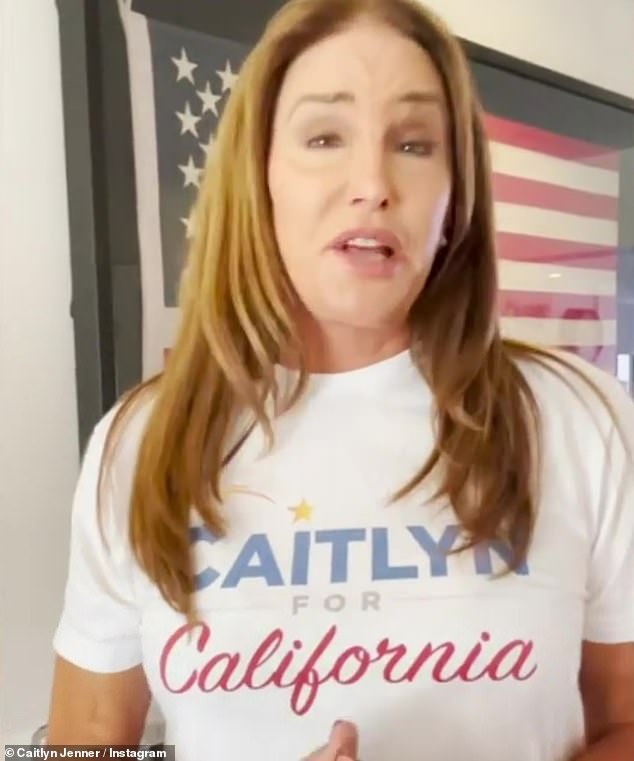 Revealed: Caitlyn Jenner has flown into Australia for the new season of Big Brother VIP. The 71-year-old, who is running for Governor of California, touched down in Sydney earlier this week

Jenner, a former Olympic decathlete who has never run for political office before, announced her bid for governor on April 23.

She is running as a Republican on a platform of making California a more pro-business state with lower taxes and less regulations, as well as closing the border, leading the COVID-19 recovery, and addressing affordable housing and the homelessness crisis. 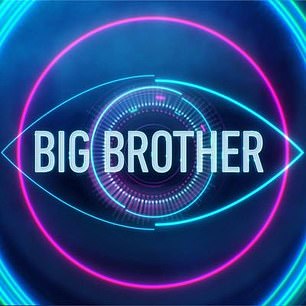 Her reported trip to Australia threatens to throw a wrench in her already long-shot bid for the governorship.

A major May poll showed Jenner ranked fourth among GOP hopefuls with just 6 percent of support.

In that poll, conducted by the Berkeley Institute of Governmental Studies, Jenner trailed behind Republicans Kevin Faulconer, the former mayor of San Diego; John Cox, a former candidate for governor in 2018; and Doug Ose, a former congressman.

The poll also showed that only 36 percent of voters support recalling Newsom, suggesting that he has a good chance of keeping his seat.

Jenner, however, dismissed the results of the poll as ‘outdated’.

‘Honestly, I’m not concerned about the polling,’ she said, according to Politico. ‘I guarantee you that I am in the lead.’

‘I have a tremendous advantage, obviously because of name recognition,’ she added.

Jenner, who has started her 14 days of mandatory hotel quarantine in Sydney, is no stranger to reality TV, having appeared on Keeping Up with the Kardashians since 2007.

Big Brother VIP is the second celebrity-themed Big Brother format to air in Australia, after a first season was made back in 2002. 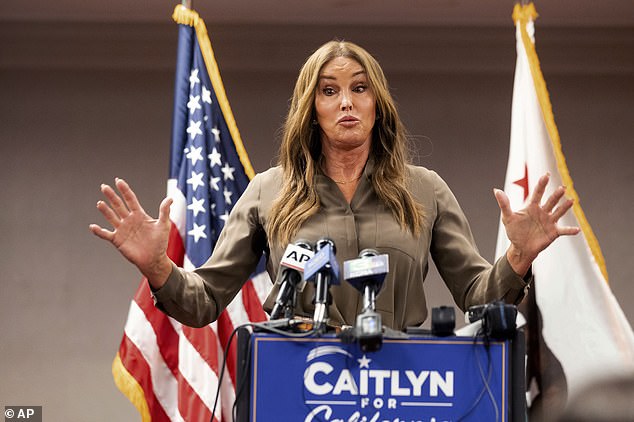 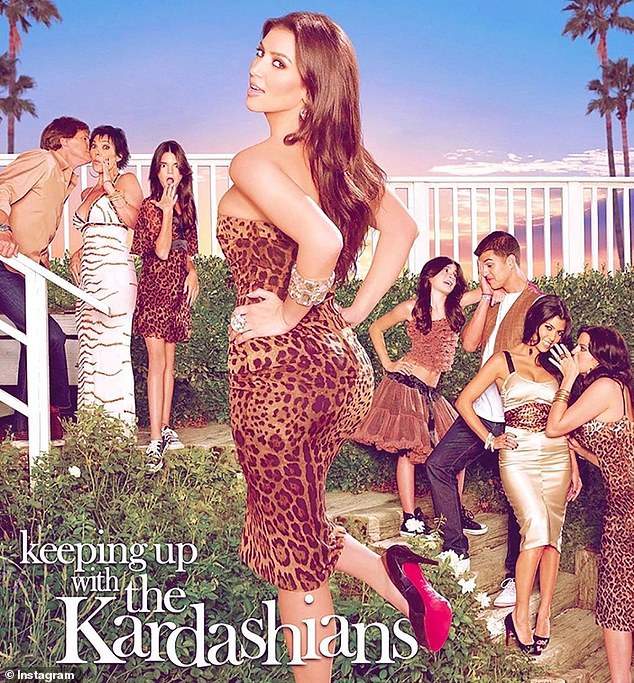 Veteran: Caitlyn, who has started her 14 days of mandatory hotel quarantine, is no stranger to reality TV, having appeared on Keeping Up with the Kardashians since 2007. Caitlyn is pictured on the far left, when she was known as Bruce Jenner and living as a man

Big Brother VIP will begin filming at Sydney Olympic Park in the coming weeks and will air on Channel Seven later this year. Sonia Kruger is returning as host.

The last two seasons of Big Brother were filmed at a warehouse in Manly, but producers were forced to relocate after being served an eviction notice by the National Parks and Wildlife Service.

Past seasons have seen anywhere between 12 and 26 contestants live in the same home for several weeks – at least 24 days and at most 101 days.

Jenner has yet to publicly acknowledge the news of her trip to Australia and it remains unclear when she is slated to return.

Her international arrival has resulted in anger from Australians who are currently prohibited from leaving the country, many of whom have been separated from loved ones who are overseas since the start of the pandemic.

Many see the government as having one set of rules for wealthy celebrities, who appear to move in and out of the country freely, and another set of rules for stranded Australians at home and abroad.

Dozens of Australians posted of their rage to social media on Friday, with an outpouring of anger on Instagram.

One person commented: ‘I thought Australian borders were shut to all but returning citizens. I’ve never been more furious.’

Another wrote: ‘Ah yes and my grandparents that I haven’t seen in years can’t come here, even though they’re fully vaccinated and want to move here and buy a house’.

Someone else chimed in: ‘Pretty rude. When many people are trying to get home to our open air prison fortress Australia, celebs, business and sporting people jumping the queues and for what? It is very clear there is another set of rules going on here.’ 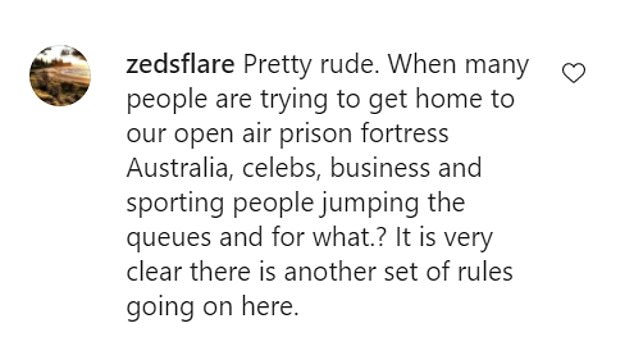 Rage: The international arrival has resulted in anger from locals who are prohibited from leaving the country, many of whom have been separated from loved ones since the start of the pandemic. Dozens of Australians posted of their rage to social media on Friday 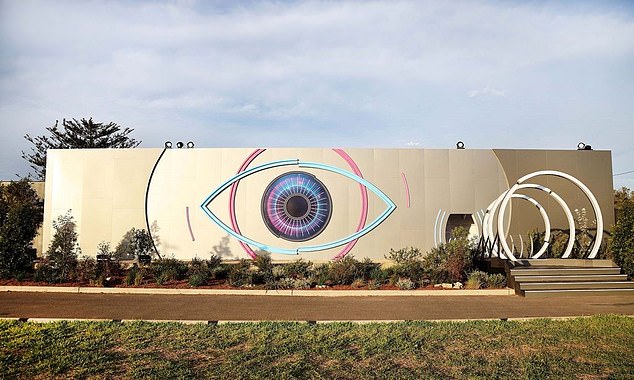 New location: Big Brother VIP begins filming at Sydney Olympic Park in the coming weeks. The last two seasons of Big Brother were filmed at a warehouse in Manly (pictured), but producers were forced to relocate after being served an eviction notice

Who is challenging Gavin Newsom? Caitlyn Jenner, a construction titan and a former San Diego mayor seek to seize the governorship

Newsom, 53, has been governor of California since January 2019.

His handling of the pandemic has caused him to become only the second governor in history to face a recall vote.

Here are his Republican challengers – there is no significant Democrat opponent:

Cox, 65, has made his fortune through construction.

He challenged Newsom in 2018 and lost in a landslide.

The Olympic athlete, 71,  and reality TV star has insisted that she is running to reform California on a pro-business, pro-police ticket.

She has never held elected office and maintains limited support.

The former mayor of San Diego from 2014-20, Faulconer, 54, is considered an establishment Republican candidate.

Newsom, 53, a Democrat, is only the second governor in California’s history to face a recall election, after a move in 2003 to recall and replace Governor Gray Davis with Hollywood superstar Arnold Schwarzenegger, a Republican.

Newsom’s recall is the result of a petition that received more than 1.7 million signatures amid a political uprising largely driven by angst over state coronavirus orders that shuttered schools and businesses and upended life for millions of Californians.

The election in the nation’s most populous state will be a marquee contest with national implications, watched closely as a barometer of the public mood heading toward the 2022 elections, when a closely divided Congress again will be in play.

Yet recent opinion polls showed Newsom had favorable job approval ratings – a rise driven in large part by California’s emergence from the COVID-19 pandemic and an economy on the upswing.

The date was set on July 1 by Lt Gov Eleni Kounalakis, a Democrat, after election officials certified that enough valid petition signatures had been turned in to qualify the election for the ballot.

‘Although the window of time from which I could select a date was narrow, I believe we have chosen a fair and reasonable date for this election to take place,’ Kounalakis said in a statement released Thursday.

‘It has always been my intention to choose an election date that gives election officials and the public ample time to ensure a smooth election with broad participation.’

The announcement set off a furious, 10-week burst of campaigning through the California summer –  a time when voters typically are ignoring politics to enjoy vacationing, backyard barbecuing and travel.

Many voters have yet to pay attention to the emerging election, while polls have shown Newsom would beat back the effort to remove him.

Republicans haven’t won a statewide race in heavily Democratic California since 2006, when Arnold Schwarzenegger was re-elected.

Schwarzenegger was first elected in 2003 in the first recall election in state history, to replace a Democrat, Governor Gray Davis.

Republican candidates have depicted Newsom as an incompetent fop, while Democrats have sought to frame the contest as driven by far-right extremists and supporters of former President Donald Trump. 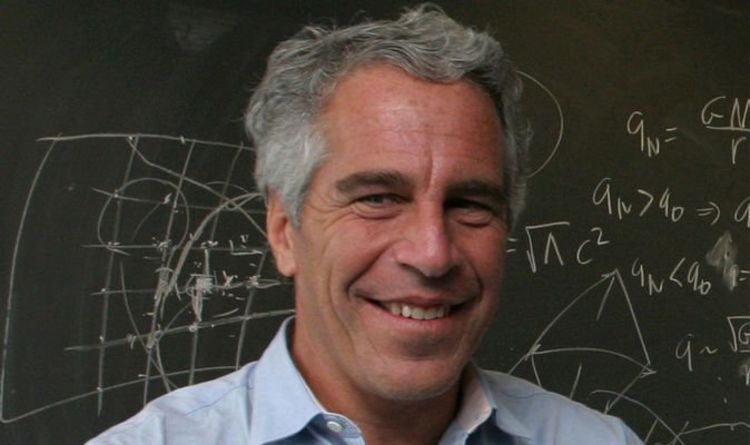 The disgraced financier’s hyoid bone, close to his Adam’s apple, was found broken, The Washington Post reported. The break can occur in […]

As the nation awaits a final result from the presidential election, a clear winner emerged Tuesday: drugs. Measures to legalize cannabis and […] 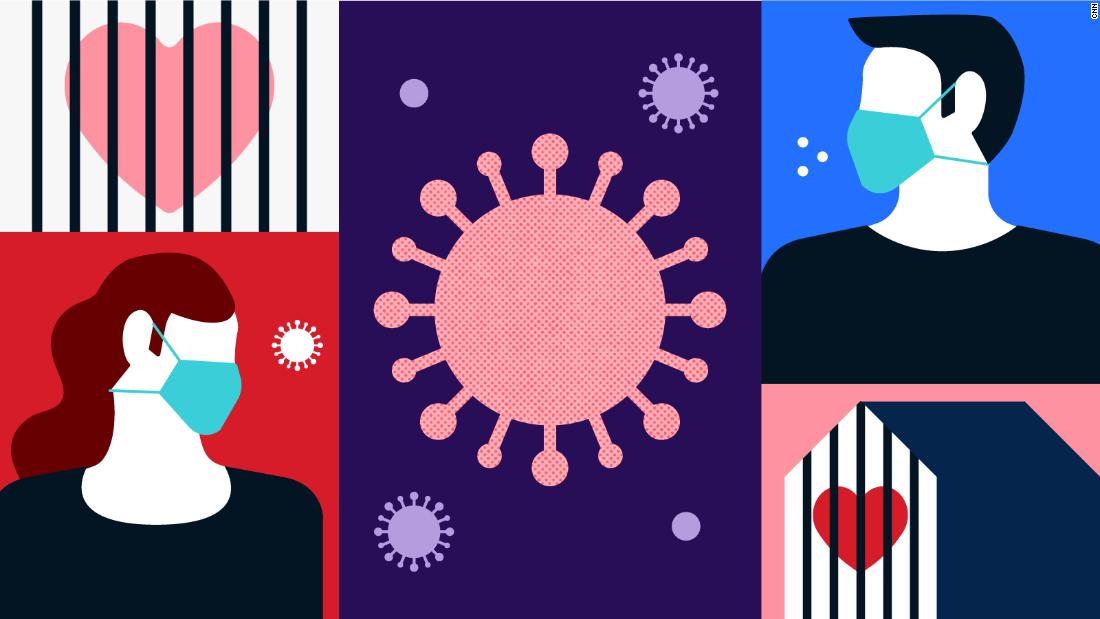 Ansell and Michael Bryan live in Wellington, the harbor-side capital of New Zealand. For the next four weeks — at least — […]

With the yuan surging to a near 21-month high and taking centre stage again on Friday, investors who shrugged off China’s August […]