Arsenal have signed the Japan forward Mana Iwabuchi from Aston Villa after a lengthy courtship of the 2011 World Cup winner. Iwabuchi was going to join Arsenal in the summer window in 2019 and then in January but with the Japan FA wanting to wait until after the Tokyo Olympics the deals were scuppered. With the Games delayed she joined Villa last January before finally arriving at Arsenal. The Gunners have also added England’s Nikita Parris from seven-time European champions Lyon.

Rehanne Skinner’s first transfer window as head coach of Tottenham has begun with the capture of the France midfielder Maéva Clemaron and Finland goalkeeper Tinja-Riikka Korpela from Everton. The South Korea midfielder Cho So-hyun has made her loan move from West Ham permanent while Spurs have also recruited the former Liverpool manager Vicky Jepson as assistant to Skinner.

Manchester City have added Jamaica striker Khadija ‘Bunny’ Shaw, the Guardian’s 2018 football of the year, and Barcelona’s Champions League winning captain Vicky Losada as they attempt to close the gap on back-to-back WSL title winners Chelsea. They have also captured the promising Arsenal youngster Ruby Mace – the 17-year-old has signed a three-year deal.

The former Birmingham manager Carla Ward has wasted no time at Aston Villa having switched from their Midlands rivals this summer. Making the move with her are the England goalkeeper Hannah Hampton and the former Villan Sarah Mayling who returns to the club after a four-year absence. The Switzerland forward Alisha Lehmann joins from West Ham after a loan spell with Everton last term and Remi Allen arrives from Leicester, the Championship winners.

The Everton manager, Willie Kirk, has signed the England forward Toni Duggan from Atlético Madrid with the France midfielder Kenza Dali joining from West Ham. The Swedish duo Anna Anvegård (a 24-year-old forward who scored 109 goals in 101 appearances for Växjö and 26 in 36 games for Rosengård) and Nathalie Björn (a defender) are arriving from Rosengård.

The Sweden forward Sofia Jakobsson has joined Bayern Munich after two seasons with Real Madrid’s new women’s team – who were still named CD Tacón in her first season when she scored eight goals and provided seven assists. The 31-year-old has 122 caps and won bronze at the Women’s World Cup in 2019. The Scandinavians Simone Boye Sørensen and Amanda Ilestedt are among five players who have left permanently or on loan.

Wolfsburg have been busy, bringing in Jill Roord from Arsenal and two Germany internationals from Hoffenheim, the highly regarded young midfielder Lena Lattwein and the forward Tabea Wassmuth. The experienced Turid Knaak, also an international for Germany, has arrived from Atlético Madrid to add firepower up front.

The former Arsenal goalkeeper Pauline Peyraud-Magnin has swapped Atlético Madrid for the Italian champions, Juventus. The France international spent two years at Arsenal before moving to the Spanish capital last year. The 22-year-old Italy forward Agnese Bonfantini joins from Roma after four years at the club, where she scored 12 goals in 56 games.

Lazio have been busy after their promotion to Serie A. On 1 July, they announced the signings of the Swedish goalkeeper Stéphanie Öhrström from Fiorentina, the 22-year-old Danish defender Maria Møller Thomsen from Fortuna Hjørring and Julia Glaser and Beatrix Fordos from Roma. That was not the end of their activity however as they have also brought in the Australia midfielder Ella Mastrantonio from Bristol City, the Finland midfielder Nora Heroum from Brighton, the Danish forward Signe Holt Andersen from Växjö DFF and the Slovenia defender Kaja Erzen from Roma.

The Denmark international Sara Thrige Andersen has swapped Fortuna Hjørring for Milan. The 25-year-old has scored 11 goals in 74 games for her country and was part of the team that qualified for the Women’s Euros next summer.

The seven-times Champions League winner’s Lyon have acted after finishing the season empty handed. The midfielder Dzsenifer Marozsán, goalkeeper Sarah Bouhaddi and forward Eugénie Le Sommer have all been loaned to sister side OL Reign in the US. Incoming, though, are the Arsenal forward Daniëlle van de Donk and Paris St-Germain trio, goalkeeper Christiane Endler, forward Signe Bruun and defender Perle Morroni.

PSG have been raided by Lyon after winning their first league title but they have also recruited from their rivals, signing the 25-year-old left-back Sakina Karchaoui. The defender Estelle Cascarino has joined from Bordeaux and the Sweden centre-back Amanda Ilestedt has moved to the French capital after five years in Germany with Turbine Potsdam and Bayern Munich.

The highly rated Norway midfielder Ingrid Engen will join her international teammate Caroline Graham Hansen at Barcelona, the European champions, from Wolfsburg. Keen to maintain their status as the best team on the continent they have also snapped up the Sweden forward Fridolina Rolfö from Wolfsburg and the Spain defender Irene Paredes from Paris St-Germain.

After a disappointing season they finished outside the Champions League places in fourth, Atlético Madrid have picked up the South Africa forward Thembi Kgatlana from Eibar. The 25-year-old played in the NWSL with Houston Dash and in China with Beijing BG Phoenix before moving to Europe, first joining Benfica. Atléti have also added Argentina’s Estefanía Banini to their squad from Levante. She captained her country at their first World Cup campaign in 2019.

Real Madrid, who finished second in their second season, have added firepower by signing the Spain internationals Esther González from surprise package Levante (who finished third last season) and Nahikari García, who scored 104 goals in 200 games for Real Sociedad. 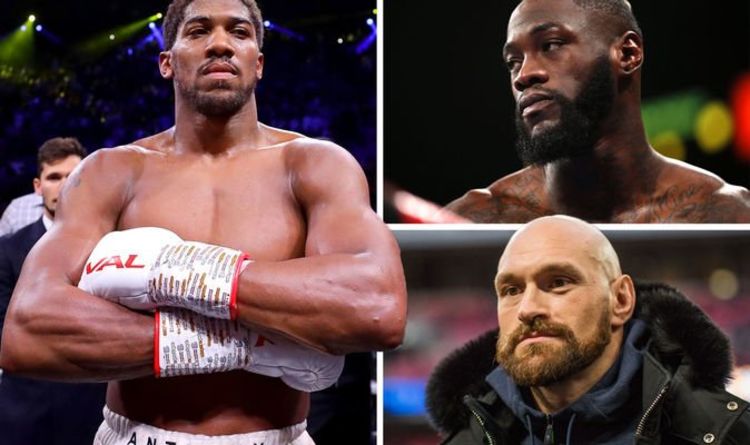 “It’s Kubrat Pulev or Usyk because Wilder and Fury are pencilled to fight,” AJ said of his next bout. “And then what […] 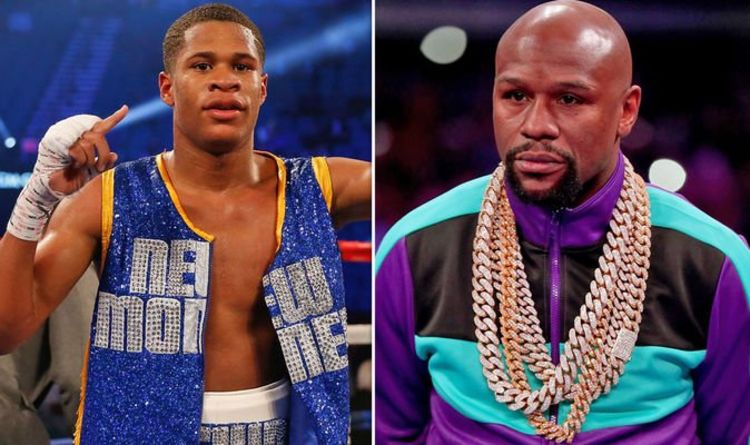 When it was announced that Haney had signed with Hearn and Matchroom earlier this year, virtually everybody in the boxing world recognised […]

The launch of Wisden used to be the sign the season was around the corner. Now it has become a welcome reminder […]