WASHINGTON — Congress is just beginning a new investigation into the Jan. 6 riot at the Capitol, but the movement behind it remains as active as ever. Former President Donald Trump is frequently repeating false claims of victory, plotting revenge against politicians who opposed his efforts to overturn the election, attacking key Republicans who refuse to back him up now and hinting at a return to power, either through another presidential run or some other means.

There’s no legal avenue for Trump to reverse the 2020 results. But a half-dozen scholars who study democracy and election laws told NBC News they are increasingly worried that 2024 could be a repeat of 2020, only with a party further remade in the former president’s image and better equipped to sow disorder during the process and even potentially overturn the results.

“Obviously the insurrection was horrific in its violence and assault on democracy, but it didn’t disrupt the true winner of the election,” said Edward B. Foley, a professor at Moritz College of Law at Ohio State University who researches election law. “What you don’t want is it to have been a rehearsal.”

Nightmare scenarios include local or state officials refusing to certify votes, governors and state legislatures submitting electoral votes that disagree with each other or overrule the apparent vote counts, fights over the legitimacy of judges overseeing the process and the House and Senate disagreeing on the winner. A chaotic transition could create an opening for further violence, either from extremists attempting to disrupt the process again or mass unrest if the winner is viewed as illegitimate.

“We should not pretend these dangers are fantastical or that these are absurd hypotheticals,” Rick Hasen, a law professor at the University of California, Irvine. “Given what we saw Trump actually do in 2020, these things are now within the realm of possibility and need to be legislated against and organized against so we have a fair election process going forward.”

New and proposed laws in states like Georgia and Arizona have sought to wrest power from state and local election officials, some of whom played a role in resisting the former president’s demands last election.

Republicans face significant pressure from their base to make these types of systemic changes — and potentially go much further. Lee Drutman, a senior fellow at the New America foundation, released survey data last month that found 46 percent of Republicans supported empowering state legislatures to overturn election results in states President Joe Biden won, as Trump demanded they do in 2020.

“At a psychological level, there’s a sense that ‘we’re the legitimate Americans and the natural majority,’ and the only way the other side could win is through fraud,” Drutman said.

The Trump-led focus on identifying new ways to discredit, assert control over or ultimately throw out an unfavorable result by targeting the right bureaucratic choke points creates new risks.

Some observers worry the party’s increased willingness to even entertain these scenarios could create perverse incentives in which state or local officials try to boost the odds of a poorly administered election that would give partisan leaders more flexibility to intervene.

“Federal law contains an arcane provision that allows state legislatures, in certain circumstances, to directly appoint presidential electors after Election Day if there has been a ‘failed’ election,” Lisa Manheim, a professor at the University of Washington School of Law, said. “I worry about state legislatures trying to use errors in election administration — including errors the legislature itself has permitted or even facilitated — as a pretextual ground for triggering this provision.”

Critics argue that proposed state laws in places like Texas, for example, that would impose new criminal penalties on election administrators could discourage people from taking crucial positions, especially given the abuse directed toward these typically nondescript workers after the 2020 race.

Hasen and other experts have called on Congress to pursue reforms to make it harder to challenge state results, clarify ambiguities in how disputes are mediated and require states to provide a clear paper trail for all ballots so disputes can be reviewed transparently by courts and independent observers. Most of these concerns are distinct from voting reform bills pursued by Democrats in Congress, which have been blocked by Republicans.

If a state submits questionable results or there’s a disagreement between the state legislature and governor, it will be up to the House and Senate to sort it out. In the event they can’t agree on approving competing claims, however, the law defers to the governor. If a state cannot submit its electoral votes in time, the law also suggests a state legislature may step in later.

In 2020, every governor and state legislature accepted the election results, but the midterms could reshuffle the landscape. Trump has sought to punish Republican incumbents like Georgia Gov. Brian Kemp and Secretary of State Brad Raffensperger with primary challenges. Trump has also lashed out at otherwise supportive Republican legislators in states like Wisconsin and Michigan who have affirmed the results.

“The fact that it held in 2020 doesn’t guarantee it will hold in 2024,” Omar Wasow, an assistant professor of politics at Princeton University, said. “You need ethical people in these jobs, and we’re seeing a lot of ethical people leaving in part because they’ve been threatened or attacked by partisans or because the level of vitriol they’ve been subject to is not worth the effort.”

The United States would not be unique if it fell into a prolonged election dispute, but it would not necessarily be in good company.

“Many other countries are going through problems of backsliding in democracy, but most of the countries going back are ones that were fragile,” Pippa Norris, a political scientist at Harvard University, said.

One reason some scholars are wary of taking the strength of the current system for granted is that the U.S. has fallen into partial authoritarianism before. Until 1965, African Americans were excluded from voting in Southern states through a combination of legal barriers and threats of violence and economic retaliation.

Americans are growing more fearful of presidential election losses as politics becomes a more all-encompassing part of their identity and the perceived consequences become more dire, leading some to contemplate drastic measures to prevent failure at any cost.

While Trump isn’t the only factor in this shift, his contributions are clear. In the run-up to the 2020 election, Trump baselessly warned that a Democratic president would “hurt the Bible, hurt God” and “shut your churches down, permanently” and said at a rally on Jan. 6 that “our country will be destroyed” if Biden’s victory was sealed. He has also for years weakened taboos about invoking political violence, a concern prominent Republicans raised long before the Capitol riot.

“As long as we have this all-or-nothing binary style of politics, which makes it much easier to demonize and stereotype and fearmonger about the opposition,” Drutman, the New America fellow, said, “we’re not going to get out of this.” 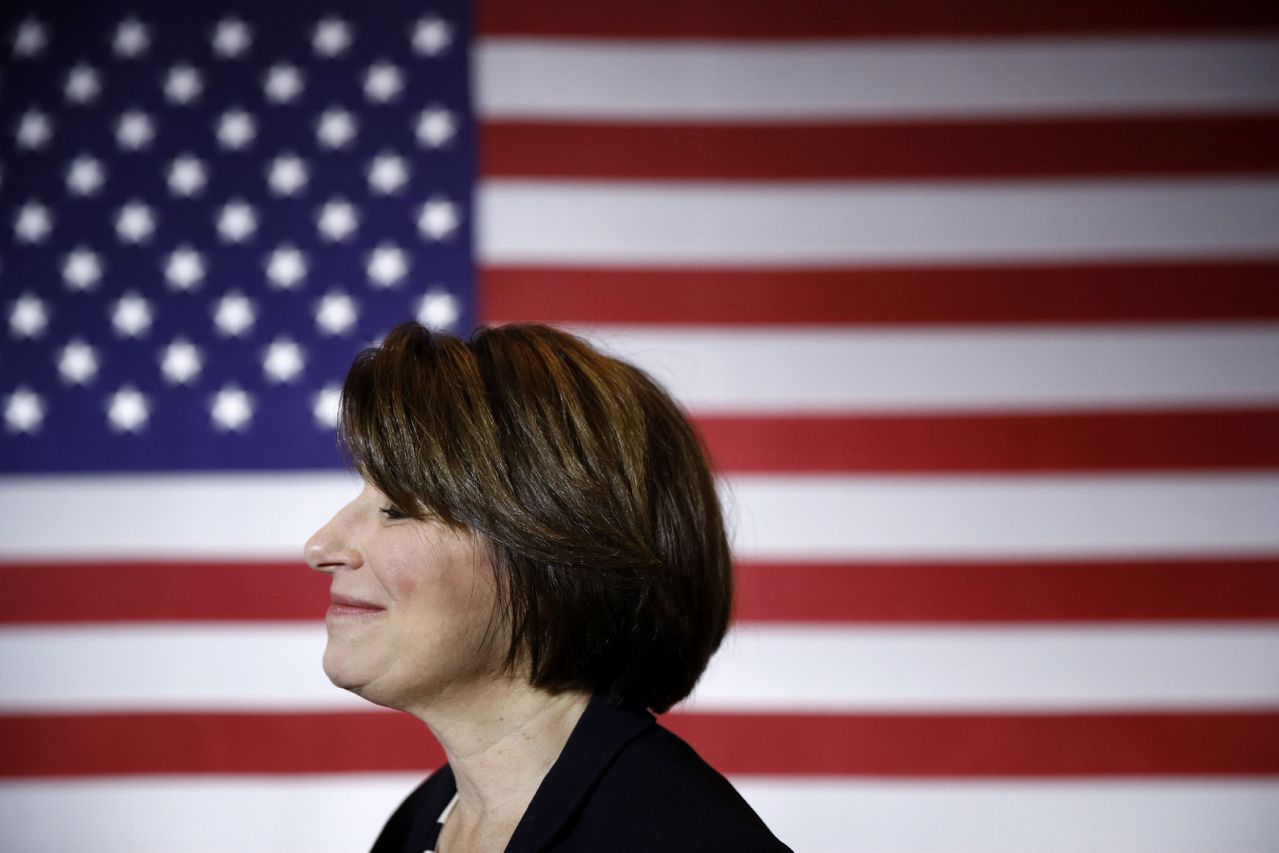 Minnesota Sen. Amy Klobuchar ended her Democratic presidential campaign on Monday and plans to endorse rival Joe Biden in an effort to […] 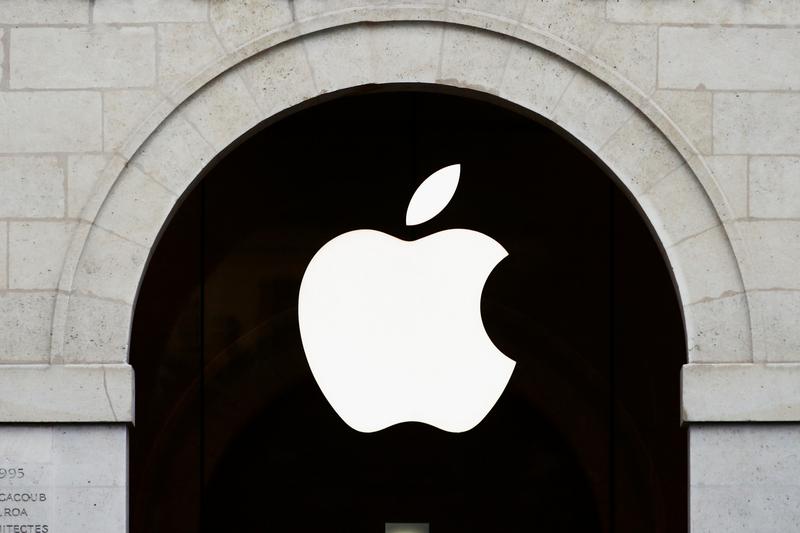 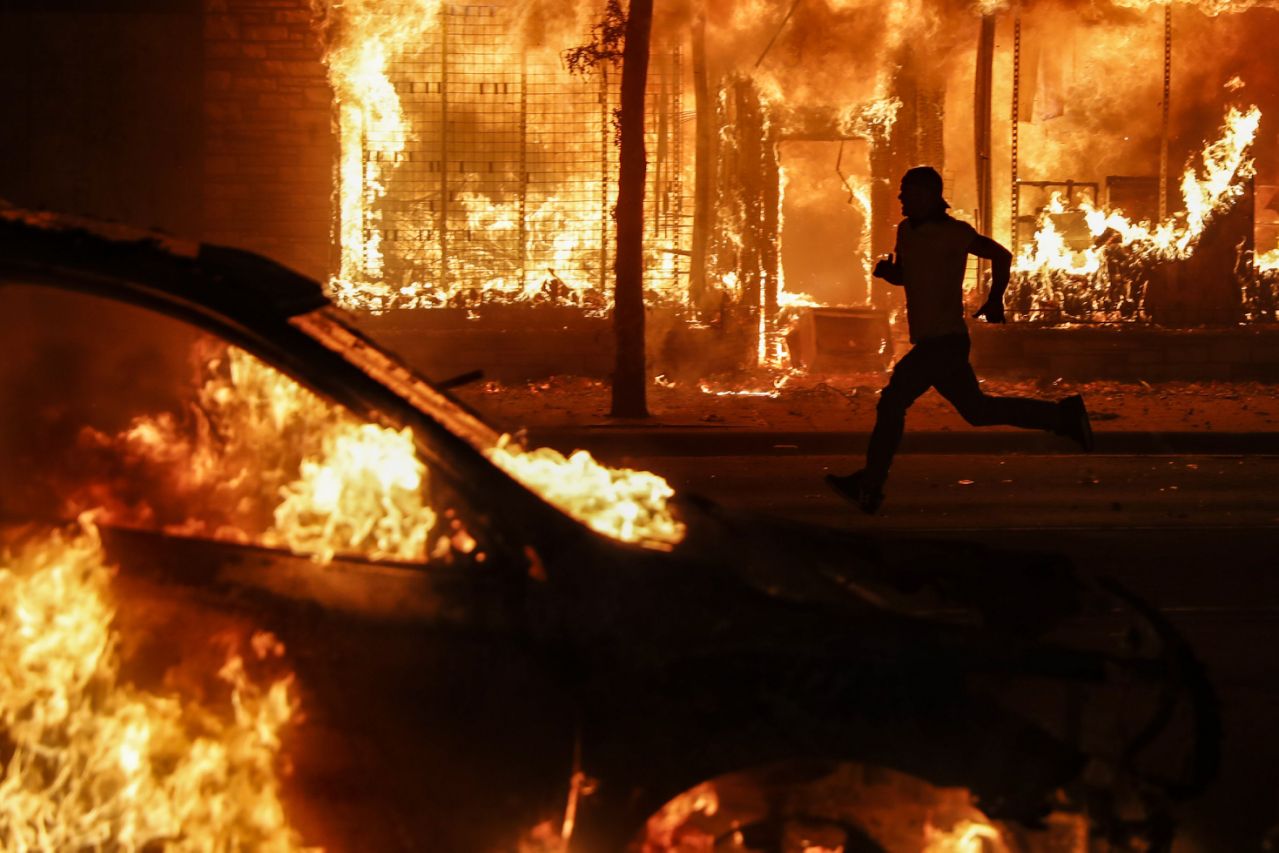 LOS ANGELES (AP) — On two straight nights of unruly protests against police brutality, officers retreated from their posts in some American […] 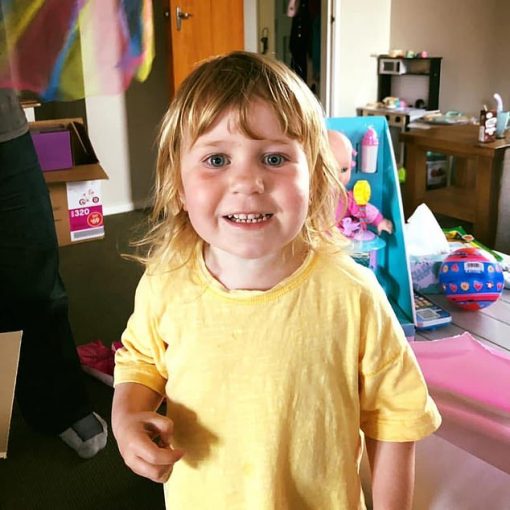 British girl, three, died when her father accidentally fell on her while trying to jump off a roundabout at a playground in […]