Kim Kardashian stunned as she posed in front of the iconic Spanish Steps. At one point, she hilariously attempted to drive a scooter in high heels!

Kim Kardashian, 40, is soaking in all the sights of Rome. The KKW Beauty founder sizzled in a white, one-sleeved crop top and matching mini skirt by Fendi as she posed in front of the iconic Spanish Steps in the Instagram photos, shared on Saturday, July 3. She finished the ensemble with a strappy snakeskin sandal that wrapped all the way her calf, elevating the super sexy look. “Night out on the Spanish Steps,” she captioned the post for her 233 million followers.

The Keeping Up With The Kardashians star channeled Ariana Grande, 27, with an ultra-high, sleek ponytail. There wasn’t a baby hair in sight with the ‘do, which included hair pieces neatly wrapped around the elastic band to keep the style in place. In the first photo, Kim looked like a super model as she stood confidently in front of the steps — which were built in the 18th century to connect the Spanish Embassy and the Trinita dei Monti church — holding her arms up to the sky.

She moved closer to the next image, keeping her face stoic as she posed. In the final shot, she hilariously attempted to ride a scooter — a common form of transportation in Italy — while in her high heels! Kim placed one foot onto the red-painted vehicle as she held onto the handles, but we’re guessing she probably didn’t go very far.

The SKIMS founder has been out and about in Italy since arriving, checking out all the major sights including The Vatican, the Trevi Fountain and the Coliseum. She looked gorgeous in a white lace dress as she toured around Vatican City with super model Kate Moss along with several members of her SKIMS team, including Tracy Romulus. For her trip to the Coliseum, she dressed a little more casually in denim shorts and a white top, opting for a gray flip flop style high heel.

While Kim is in Europe, ex Kanye West, 44, took their four kids —  daughters North, 8, and Chicago, 3, and sons Saint, 5, and Psalm, 2 — to Mexico for a family vacation! The Yeezy designer and his brood were spotted at an airport terminal with a nanny as they got ready to head home, presumably to Los Angeles (Kim and the kids live in her Calabasas home, while Kanye primarily resides on his Wyoming ranch). 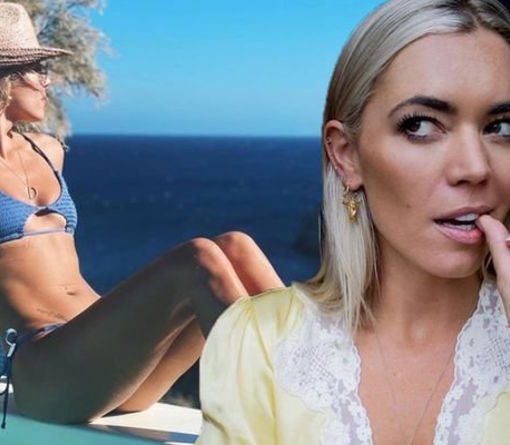 “I always used to lie about it. It was always very much something I was very much trained to hide, so when […] 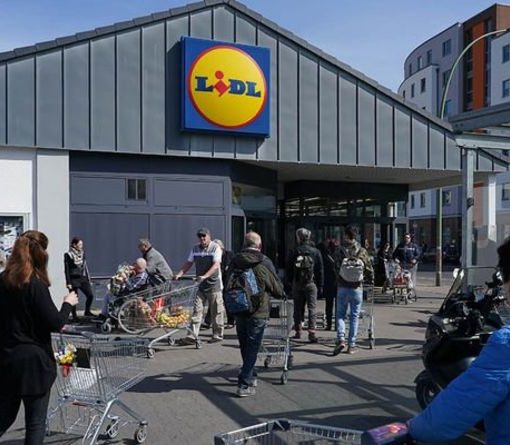 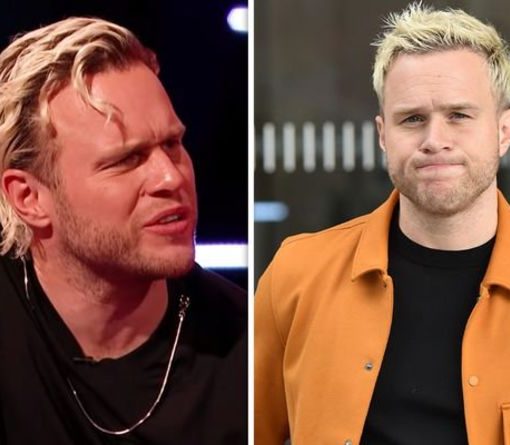 It comes as Anne Marie became the final judge out of the panel including herself, will.i.am, and Tom Jones to use her […] 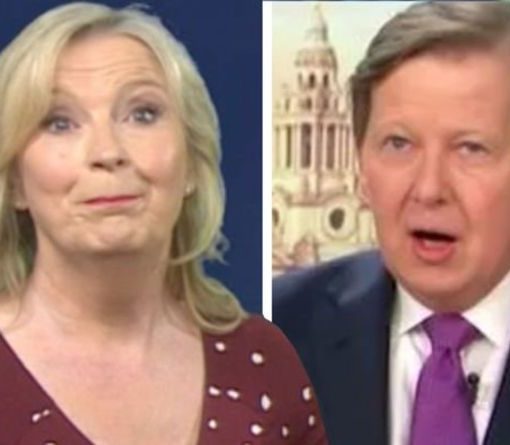 Carol Kirkwood, 58, revealed she was left “feeling sick” after she tried out some advice given to her by former BBC Breakfast […]