On a night billed as a dress-rehearsal for the women’s 100m Olympic final in Tokyo, Britain’s Dina Asher-Smith proved to be the starring act. In brutal and biting conditions more akin to winter than Whitsun, Asher-Smith powered home to leave a string of top-quality sprinters in her slipstream.

To the casual observer her time of 11.35sec might have appeared nothing special. But it was a towering run, given it was into driving rain and a -3.1 m/s headwind. More notably still, it laid down a significant marker against the young American sensation Sha’Carri Richardson, who was second in 11.44sec, and the world 100m champion Shelly-Ann Fraser-Pryce who was fourth in 11.51.

“I was really happy to start my 100m season with a win,” said Asher-Smith. “It was far from ideal conditions. When you go to a Diamond League event, the most important thing is to run a good race plan, keep a good head. I am in good shape.”

The scalp of Richardson was particularly significant. The American has been burning up tracks throughout the spring, including a stunning 10.72sec for 100m in Florida. But Asher-Smith and the Gateshead weather proved her toughest opponent in years.

However, Richardson refused to blame the weather for her defeat, saying: “I already know where my faults are. I knew what the weather was like in all eight lanes. Everybody had the exact same thing.

I want to show them that even though this is my first year doing this, I don’t just want to exist,” she added. “I’m a competitor.”

There is something else worth recalling here. The American Florence Griffith Joyner also raced in Gateshead before winning gold at the 1988 Olympics, running a modest 11.54sec into a -2.0 m/s wind. Richardson and Asher-Smith both went faster into a wind far stronger. The rematch in Tokyo will be fascinating – and, you imagine, will be in conditions about 40F hotter.

There was a second British win of the night as Laura Muir blasted away on the back straight to win the women’s 1500m by over 50m in a time of 4:03:73, exactly four seconds clear of the field.

Elsewhere the first Diamond League meeting of the 2021 season proved not to be a night for fast times. For most athletes coming away without a niggle counted as a good result, especially with the Olympics just two months away.

As the Jamaican Stephenie Ann McPherson put it after coming second to Ellis Kendall in the women’s 400m: “It wasn’t good conditions to run in, I am grateful to come out here and finish injury-free.”

Everywhere the weather turned superheroes into mere mortals. Mondo Duplantis, the pole vault world record-holder, has cleared 6.18m during his career. Here he could only manage 5.55m.

But to his great credit, instead of heading indoors he wrapped up and took to holding an umbrella for his rival Sam Kendricks as he prepared to take his turn. “I’m OK, I’m healthy, that’s the main thing,” admitted Duplantis afterwards.

It was so cold that Mariya Lasitskene, the Russian high jump world champion, started her competition wearing a hat, gloves, and full-length tights. Usually she floats serenely over two metres. Here she bowed out in fourth after failing three times at 1.91m. Ahead of her was Britain’s Emily Borthwick, who cleared a PB of 1.91m, to finish second behind Kamila Licwinko of Poland.

A final British win came in the women’s 100m hurdles as Cindy Sember came through to win in 13.28sec. “I am very pleased with that,” she said. “I don’t think I have ever run in that much wind. It really could have been a lot worse.”

Sember, who finished fourth in the Rio Olympics before suffering an achilles injury added: “I’m very excited to see what else I have in store. We’ve been training hard and my legs are not quite tapered yet so I’m excited to see once we start preparing for champs and everything.”

There were encouraging signs as she insisted that she was over her injuries. “It’s been a lot of mental toughness,” she said. “I do think I’ve got over the specific injuries I had. It’s still a daily battle with my mental state – I’m still working on it. I’m so grateful to be back.”

The Norwegian Jakob Ingebrigtsen coped better than most with the inclement conditions as he won the men’s 1500m in a season’s best 3:36:27 but even he admitted it had been a struggle. “This is normal weather back in the west coast of Norway,” he said. “But it’s really tricky to run fast in these conditions because all of a sudden if you get a sudden gust of wind then everything is ruined.”

Speed has always been a fascination in sport, from the first Olympic event, the Stadion – essentially an oiled-up naked foot race […] 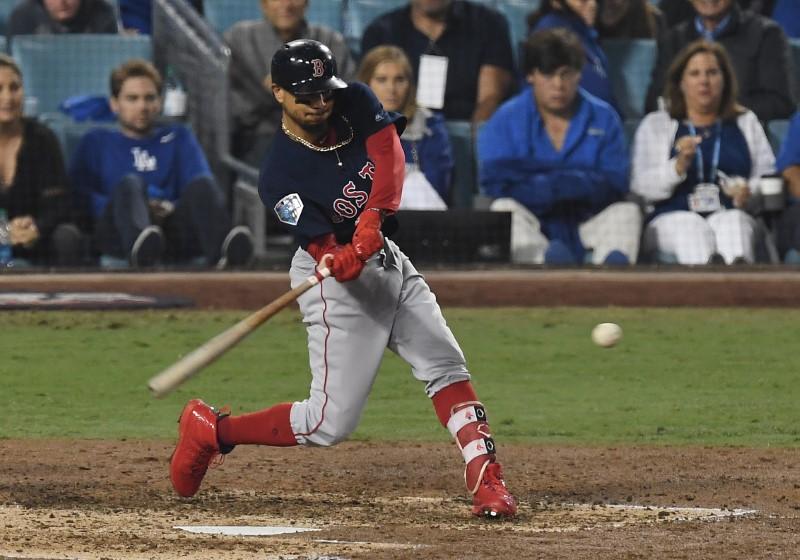