Wayne Rooney has said Derby County cannot afford “any more mess-ups” if they are to avoid another relegation scare next season and called for an end to the off-field uncertainty that has overshadowed a disappointing campaign.

A takeover fronted by the Spanish businessman Erik Alonso has been awaiting ratification from the English Football League for the past month and in March a protracted deal for the Championship club by a Dubai-based consortium collapsed. Derby failed to pay their players on time in December and were subsequently placed under a transfer embargo, while there is also an unresolved legal dispute with the EFL over a charge of breaching financial rules.

On Saturday they dodged relegation to League One by a single point after salvaging a 3-3 draw against Sheffield Wednesday, for whom Alonso, a former boxing promoter, worked previously as an adviser. Derby’s deal with Alonso’s No Limits Sports Ltd company remains with the EFL, which is investigating the source of funds.

“We need clarity, especially the fans, on what’s going on,” Rooney said. “I know what’s going on in terms of how we’re looking to move forward but it needs to happen quick because we can’t afford to allow this club to be in the position we’ve been in this season. It needs to get sorted out as soon as possible. I’m sure it will – we’re in a place where it looks like it’s going that way – but it has to happen quickly. We cannot have any more mess-ups, no more messing around.

“It has to happen. I’ve had plans in place for [playing in] the Championship next season, League One next season, I’ve got a lot of work done. My pre-season is done, my [pre-season] fixtures are done. Everything is done. But we need everything to be sorted out from the point of view of people above me to make sure it allows me to do the job to the best of my ability. It has been frustrating.”

On Sunday Derby released a statement apologising to supporters for a disappointing campaign. “We will issue further communication in the near future regarding plans for next season, and address the subject of ownership, but for now our clear message to supporters is that we are sorry you have had to endure such a frustrating and disappointing season,” it read.

Wednesday, whose 12-point deduction was halved in November, were relegated after finishing bottom of the Championship but their Thai owner Dejphon Chansiri confirmed Darren Moore, who was appointed manager in March, would remain in charge next season, their first in League One since 2011-12.

“We have to map out our own road to get the club back to where it should be,” Moore said.

An ecstatic Pep Guardiola hailed Manchester City as “legends” after claiming the Premier League title in dramatic fashion. His team came from […] 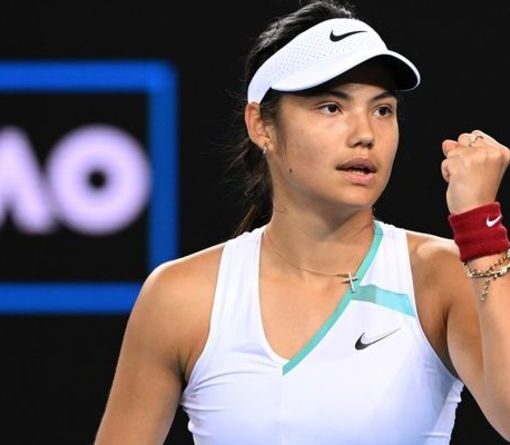 After getting off to a fast start in the match, the second set began with a lengthy 15-minute service game for Raducanu, […] Manchester United will meet Luis Enrique this week as they continue the interview process in search of their next permanent manager. The […]