Borussia Dortmund suffered a huge blow ahead of their DFB Cup semi final with star striker Erling Haaland having been ruled out through injury.

The Norwegian, who has scored an astonishing 37 goals in 38 games this season, sat out Dortmund’s crunch match because of a ‘slight muscular problem’, the club confirmed on Twitter.

Having released the teamsheet ahead of Saturday night’s match against second tier rivals Holstein Kiel, Dortmund had to clarify Haaland’s glaring omission from the squad shortly after. 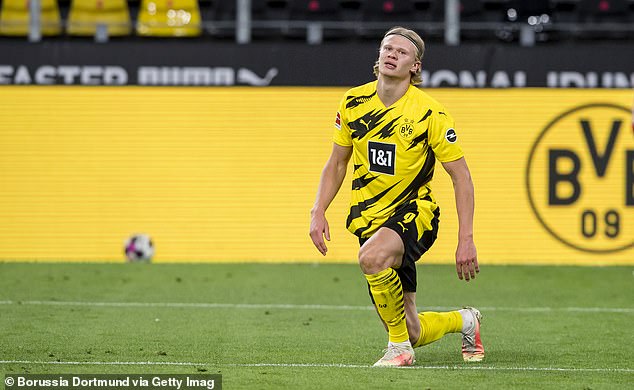 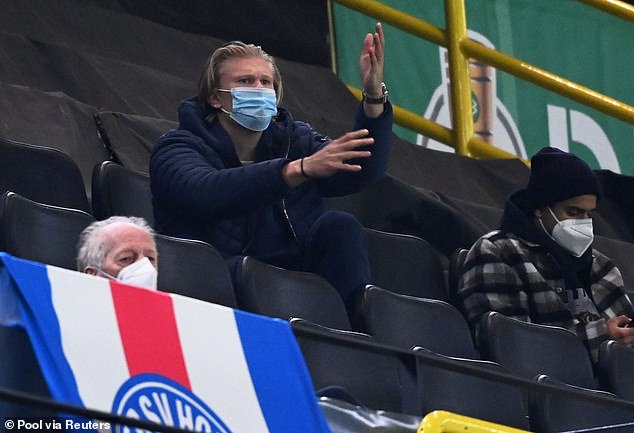 ‘Erling Haaland is not in today’s squad as a result of a slight muscular problem. Get well soon, Erl!’ the tweet reads.

The tone of the message sought to dampen down concerns of any long-term issue for Haaland, with Dortmund describing the injury as ‘slight’ and trying to appear casual by wishing the striker well.

Haaland was in the stands however supporting his team-mates as they looked to book their place in the DFB Cup final.

The news is a huge blow for Dortmund, who are looking to the DFB Cup as a silver lining to what has been a miserable season. 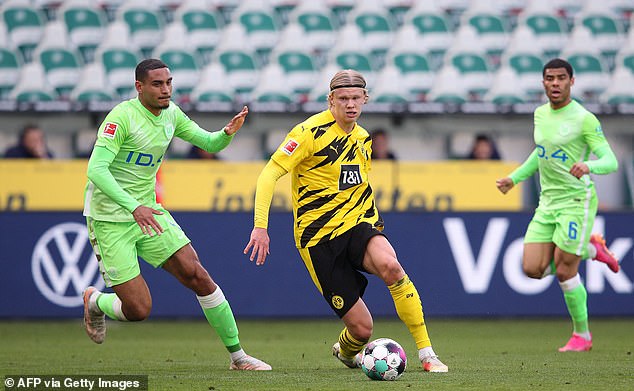 Erling Haaland is not in today’s squad as a result of a slight muscular problem. Get well soon, Erl!

The club sit fifth in the Bundesliga table, one place and currently one point outside the Champions League positions.

However, Haaland’s absence was not sorely missed by BVB as the Germans thumped five past their Bundesliga 2 rivals to secure safe passage to the domestic cup final.

News of Haaland’s injury will have put several clubs on alert, with the 20-year-old the hottest transfer prospect this summer, with the likes of Manchester City, Real Madrid and Barcelona all in the hunt to sign the £154m man. 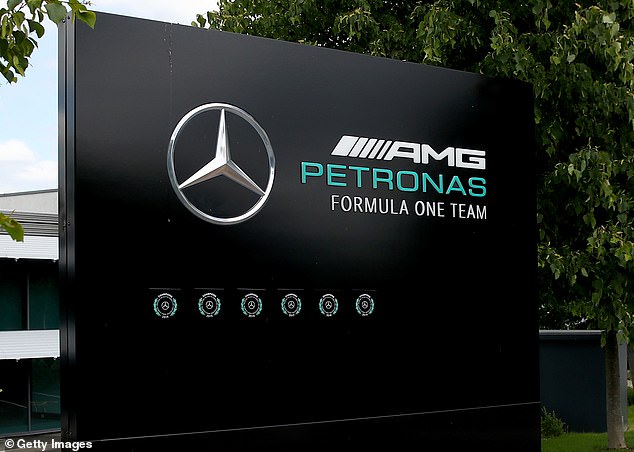 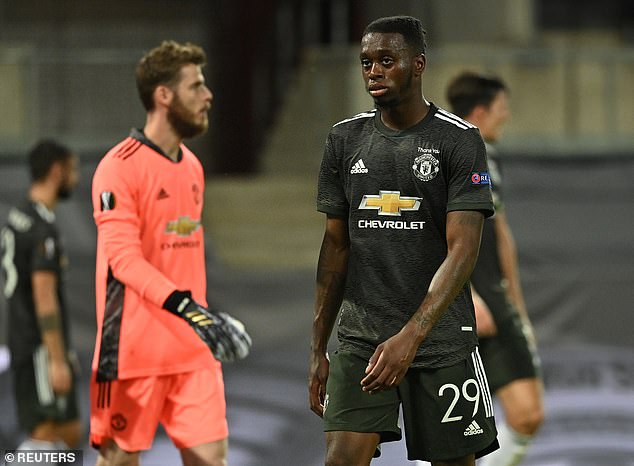 ‘That would not have happened if it was Liverpool defending’: Paul Ince slams Manchester United for allowing Luuk de Jong to score […]