The state Senate passed a controversial bill Monday banning teachers and other staff at public schools, charter schools and universities from discussing with their students belief systems that claim racism or sexism are responsible for past actions in history.

Monday’s vote sailed past the Republican-controlled Senate with 28-7 in favor of the bill, reported Idaho News.

It had passed the House Thursday with a 57-12 vote split down party lines Democratic support.

Crabtree insisted the bill does not hamper discussion. 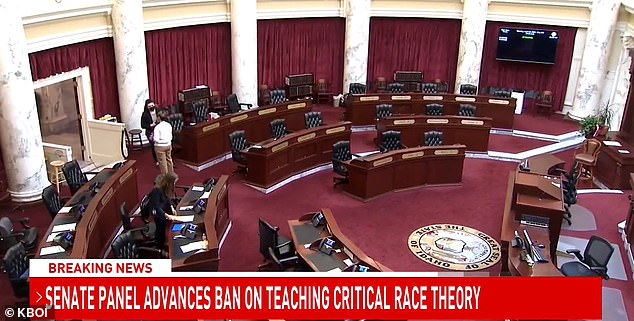 ‘This bill does not intend to prohibit discussion in an open and free way,’ he said.

‘It is a preventative measure. It does not indicate that we have a rampant problem in Idaho. But we don’t want to get one.’

But state Democrats accused Republicans of holding crucial education budget bills hostage while they focus on passing this agenda and argue the bill runs contrary to First Amendment rights.

Senator Janie Ward-Engelking said the bill is ‘not needed’ and called the idea that schools are ‘brainwashing’ children with ‘a liberal leftist indoctrination’ false.

‘Our universities and school districts districts already have procedures in place that will deal with any problem we have in curriculum,’ she said, according to the Idaho Press.

‘What’s happening is we have a group that’s put out for public release comments that our teachers are brainwashing our children with a liberal leftist indoctrination. And that’s simply not true.

Idaho’s proposed measures prohibits teachers from forcing students into belief systems that claim a group of people as defined by sex, race, ethnicity or religion are inferior or superior to others.

It would also prevent educators from making students ‘affirm, adopt or adhere to’ belief systems claiming individuals are responsible for past actions done by people of the same race, sex, ethnicity, religion or national origin.

The bill was put forward by Republican state lawmakers who argued critical race theory ‘indoctrinates’ students amid concerns that the federal government will force the topic onto school curriculum.

They claim critical race theory is ‘contrary to the unity of the nation and the well-being’ of the state.

Lawmakers in other states including Arkansas, Texas, Oklahoma, West Virginia and Missouri have proposed similar bans on teaching CRT in schools.

But Idaho looks set to be the first to get such a rule on its statute books.

Idaho’s ban comes amid a nationwide reckoning on race and racial justice in the wake of the murder of George Floyd last year and a string of police killings of black people across America.

But the teaching of critical race theory, which examines the ways in which race and racism influence American politics, culture and the law, in the nation’s education systems has divided opinion.

Democrats have typically expressed favor for the subject, while many Republicans vehemently oppose it.

Meanwhile, there has been a growing backlash at some elite New York City prep schools where some parents and teachers have complained about the ‘woke’ antiracism ideology being taught to children. 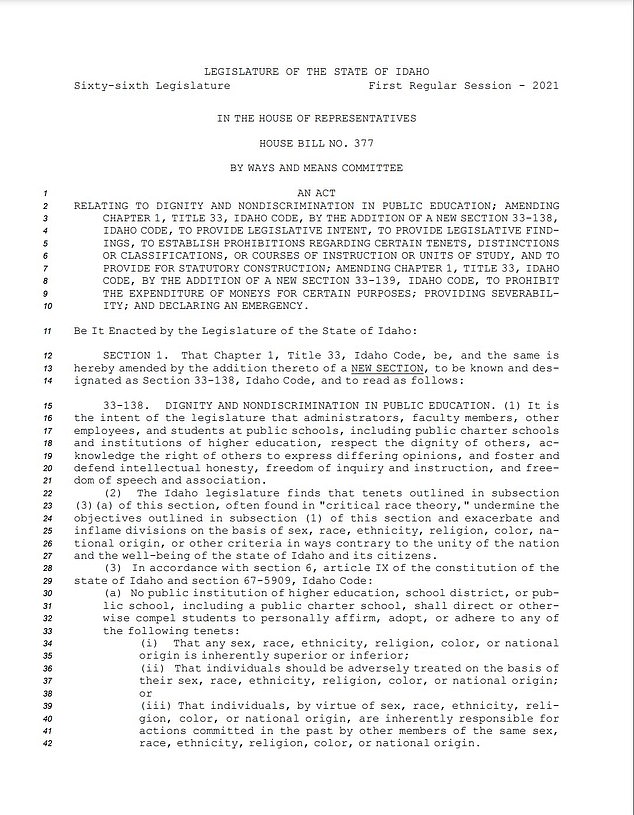 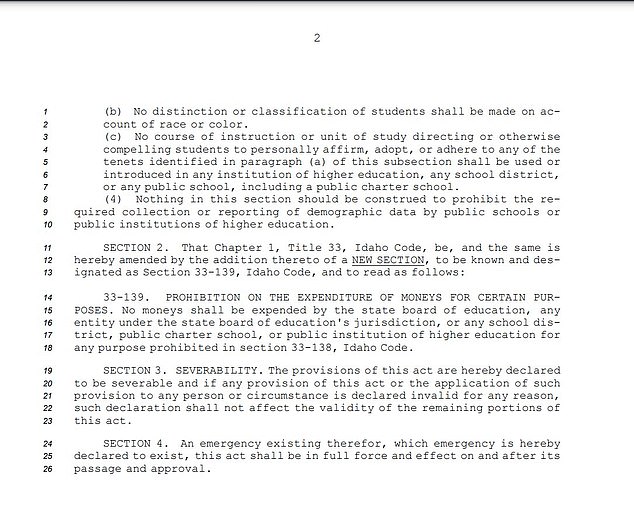 ‘And we need to call that out. If that were true… we would not be the reddest state in the nation.’

She added: ‘I just think it’s time that we recognize it for what it is, it’s a hostage situation to get our budget going through and I think that’s a dangerous path for us to be going down when we’re passing policy that isn’t needed because we can’t get our appropriations through, and that is our job as a Legislature, that is our top priority for being here.’

A group of around 100 students held a protest against the bill at the Statehouse Monday.

Yvonne Shen, an eighth grader at North Junior High and a member of the Idaho Asian American Pacific Islander Youth Alliance, which organized the protest, told Idaho Press critical race theory is ‘self-awareness’ of the past.

‘Many people seem to think that teaching our students about the cruelty and suffering of our country’s past is some form of self-hatred for our own country. But, make no mistake, this is self-awareness,’ said Shen.

‘If we aren’t able to recognize our own flaws, we will never be able to progress beyond them.’ 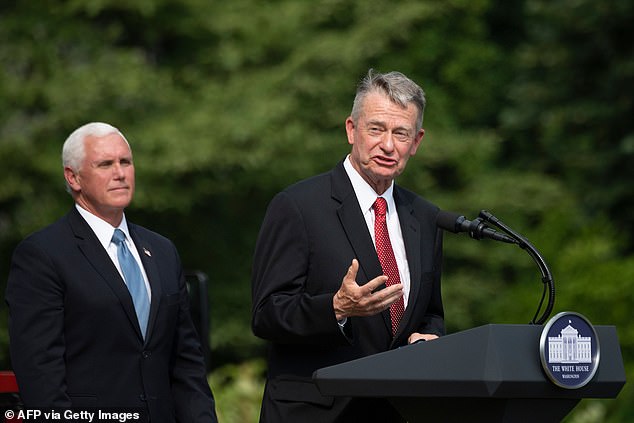 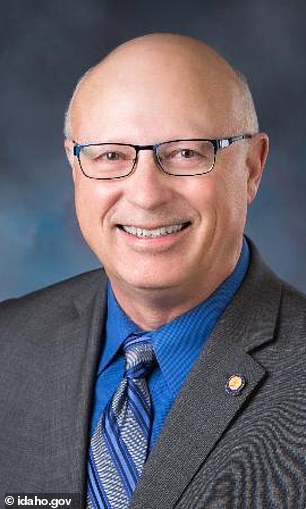 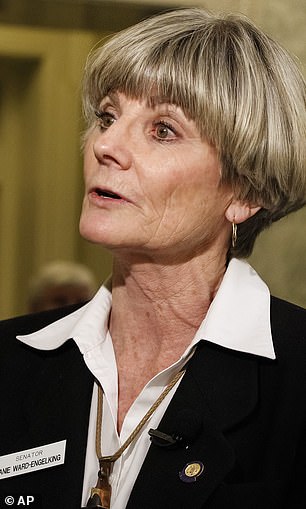 The bill was sponsored by Republican Senator Carl Crabtree (left). Senator Janie Ward-Engelking (right) said the bill is ‘not needed’ and called the idea that parents are ‘brainwashing’ children with ‘a liberal leftist indoctrination’ false

Last week, he then followed up on it by proposing two new funding priorities to ‘incorporate racially, ethnically, culturally, and linguistically diverse perspectives’ into the curriculum and improve ‘information literacy’ in schools across the country.

Some parents and teachers are also pushing back with several controversies in elite NYC schools in recent weeks.

In one incident, math teacher Paul Rossi was ‘relieved of his teaching duties’ at the $57,000-a-year Grace Church School in Manhattan after he penned an essay accusing the school of indoctrinating students.

The elite school in NoHo is where celebrities including Brooke Shields have sent their children, with fees costing $57,000 a year.

Rossi slammed his employer in a public blog post, saying the students at his school were being told that they were representatives of a racial group, and were not treated as free individuals.

He said he could no longer stay silent while ‘witnessing the harmful impact’ that anti-racism instruction was having on children.

Last week Rossi released a recorded phone call in which the head of the school George Davison admitted to him that ‘we’re demonizing white people for being born.’ 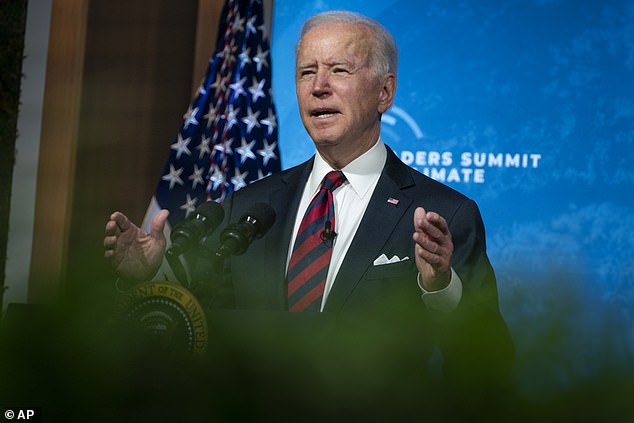 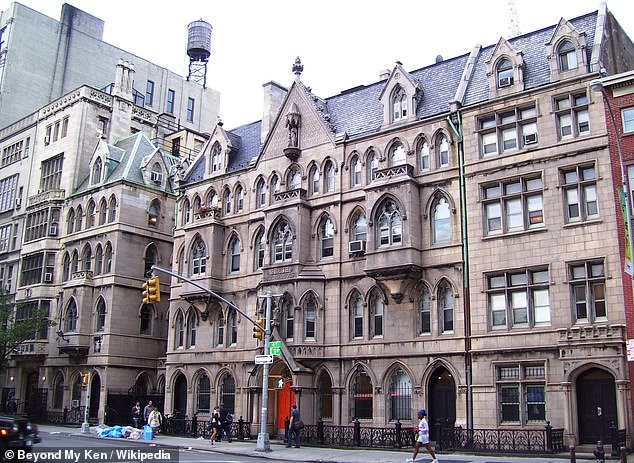 Meanwhile has been a growing backlash at some elite NYC prep schools with parents and teachers complaining about the ‘woke’ antiracism teachings including at the $57,000-a-year Grace Church School in Manhattan (above) 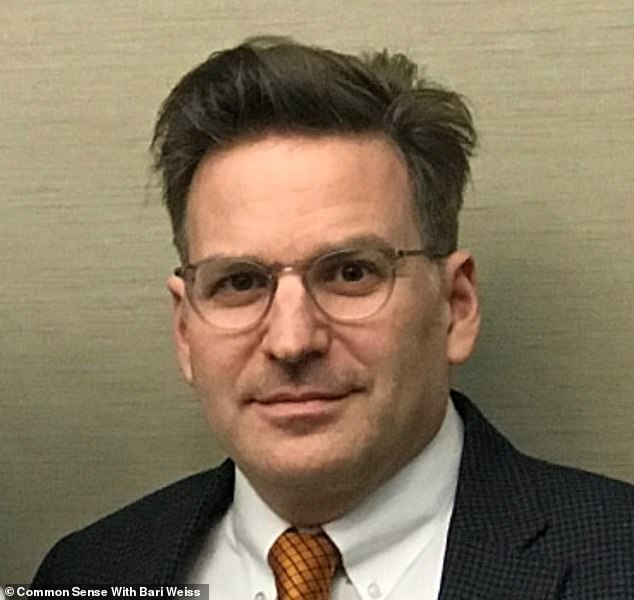 In one incident, math teacher Paul Rossi (above) was ‘relieved of his teaching duties’ after he penned an essay accusing the school of indoctrinating students last week

Meanwhile, the head of Manhattan school Dalton announced he is stepping down this year after being slammed by parents for pushing an ‘obsessive’, antiracism agenda on students.

Jim Best said he would see out the year at the $50,000-a-year institution then step down to pursue ‘other opportunities’.

His resignation came after Dalton parents penned an anonymous open letter to the school last week describing an ‘obsessive focus on race and identity’.

This came as a New York father hit out at the anti-racism teachings at another New York City school.

Gutmann, 45, revealed in an April 13 letter also shared by Weiss that he has chosen not to reenroll his daughter in the all-girls Brearley school.

Gutmann said he was pulling his daughter from the NYC school, where annual tuition is $54,000 and students include the daughters of Chelsea Clinton, Tina Fey, Drew Barrymore and Steve Martin, over its woke antiracism ‘obsession.’

He told the New York Post on Saturday that he sent the 1,700-word letter to 650 different families because ‘someone had to speak out.’

‘She hasn’t been brainwashed yet by the school – but she’s had me at home. I’m not so sure that’s true of the other kids,’ Gutmann told the outlet, referring to his daughter.

Another father told Fox News Monday he had pulled his daughter out of $43,000-per-year Heschel School because he said its ‘woke’ curriculum ‘teaches children to feel bad about the color of their skin’. 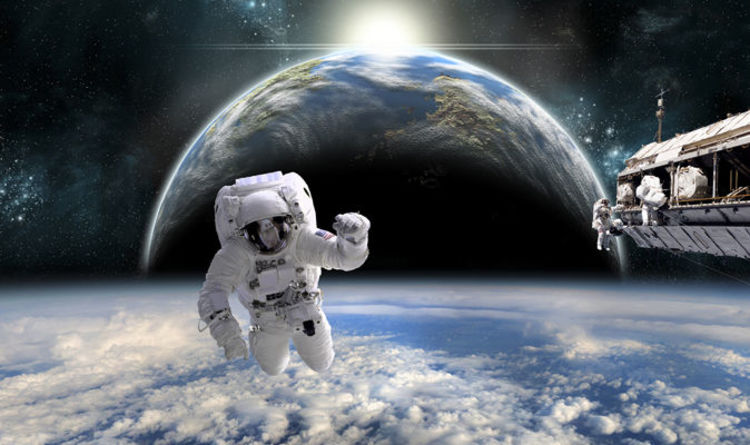 Tourists could potentially venture out of the ISS and carry out their very own spacewalk.  But would-be astronauts will need deep pockets […] 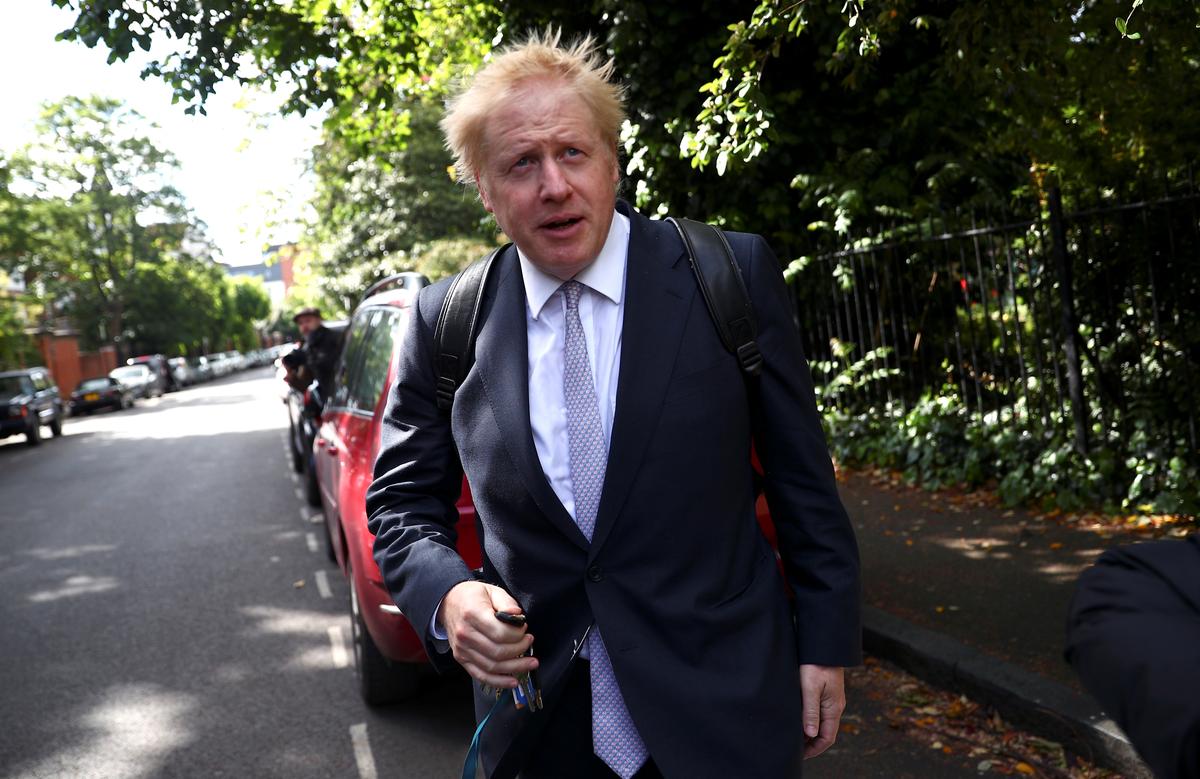 LONDON (Reuters) – Boris Johnson, the leading candidate to succeed Theresa May as Britain’s prime minister, said on Sunday he would withhold […] 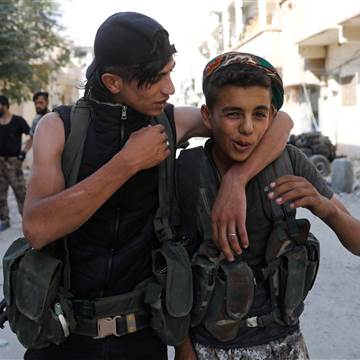 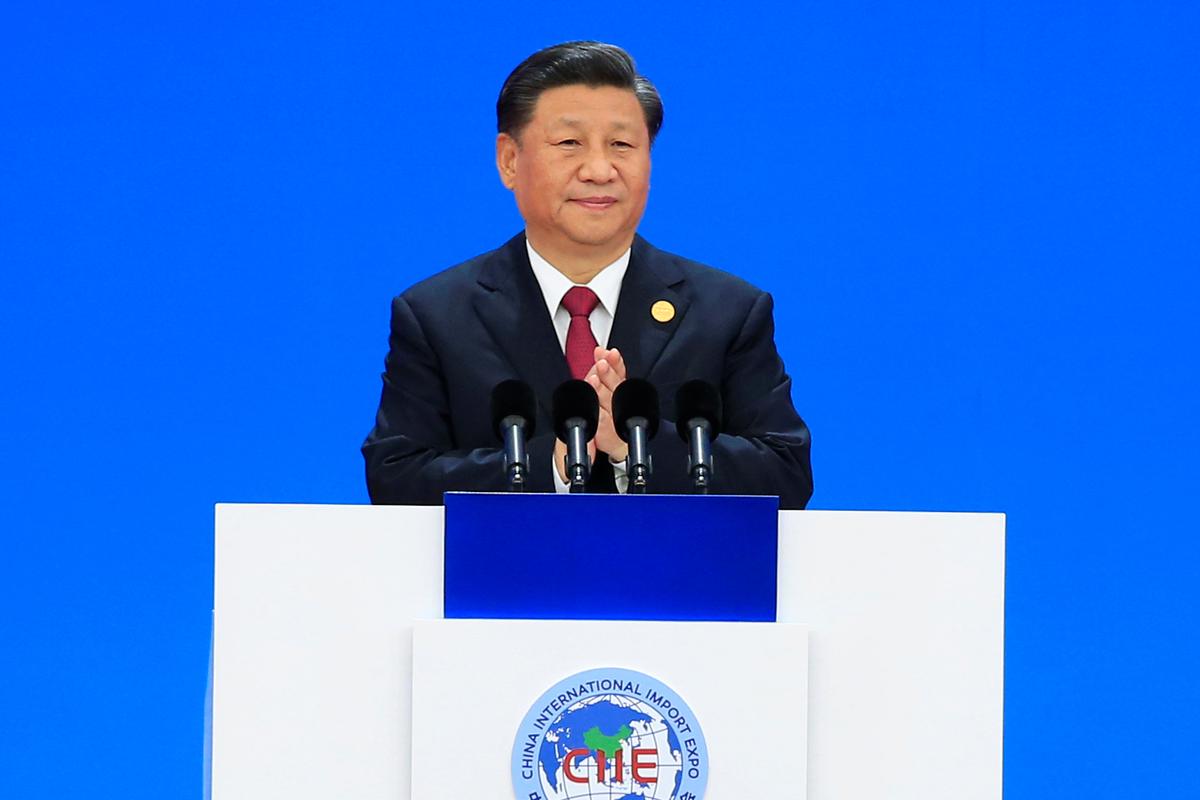