Warren Gatland has warned that British & Irish Lions hopefuls based in England face the prospect of missing out on the South Africa tour unless Premiership Rugby softens its stance in an escalating disagreement over player release. In a further blow to Eddie Jones’s England players, Gatland has said that their poor Six Nations form could also count against them.

The Lions are due to face Japan in a warm-up Test at Murrayfield on 26 June – the same day as the Premiership final and a week before their first tour match in South Africa. Gatland accepts those players involved in the Premiership final will not be available but he fears all English clubs will refuse to release their stars for the Japan fixture because it falls outside the official Test window – even those whose seasons have already finished.

That would mean all England players as well as some from Scotland and Wales, such as Exeter’s Stuart Hogg and Taulupe Faletau of Bath, would be unavailable. Gatland also intends to hold a key preparation camp for the previous two weeks in Jersey but fears the English clubs will prevent their players from attending that as well. In total, Gatland believes up to 20 potential tourists could be affected and it is thought PRL’s stance also applies to players from Saracens despite their relegation to the Championship.

Last year both Gatland and the Lions managing director, Ben Calveley, said they hoped an agreement could be reached with the Premiership, as has happened for previous tours. But with less than a month until Gatland names his 36-man squad, he revealed no solution has been forthcoming, admitting players who could join up with the Lions only after the Japan Test would be at a disadvantage when it comes to selection.

“I’ve got to be conscious of the fact that we still don’t know what the situation is with PRL,” said Gatland. “We understand about the Premiership final, but we hope to be together for a couple of weeks of preparation leading into the warm-up game against Japan. If some of those players are not available for that preparation time then when we are doing our final selection, with the amount of competition, unfortunately some of those players may miss out.

“What we are asking for is, can they be released a little bit earlier, when they’ve finished their club campaign? I’m just hoping we can get some resolution and common sense will prevail, so we don’t have to go through the squad and start looking at 50-50 calls on players and thinking, ‘Well, he’s based in England so unfortunately he’s not going to be available to us’.

“We are looking at going to Jersey for a two-week camp so the last thing I’d want is for players to miss out on the tour because of [being unavailable for] that.”

Jones previously said he wanted around 20 England players on the Lions tour but that looks optimistic given their worst Six Nations showing in 45 years. Furthermore, with Gatland on Tuesday confirming Steve Tandy and Robin McBryde as assistants alongside Gregor Townsend and Neil Jenkins, there will be no England coach providing input into selection meetings for the first time this century. The first of those meetings took place on Monday with each coach asked to name their own 36-man squad. There was a consensus on around 20 players with 57 names put forward in total.

Addressing England’s recent form, Gatland said: “There’s no doubt that some of those players didn’t have the greatest Six Nations, but a lot of them have credit from past successes. It’s probably not like it was 12 months ago where some of them would have been the first names on the sheet. Now you’re having a discussion about them.”

Gatland also said Alun Wyn Jones, widely perceived as the favourite for captaincy, was among his candidates and revealed he plans to sound out a wider list of players in the coming weeks, acknowledging some may have reservations over touring South Africa during the pandemic.

Gatland does, however, hope to arrange for all players and staff to be vaccinated in an effort to allay some of those fears. He said: “I fully understand if players maybe don’t put their hand up to tour so we want to sound them out before we do finally select the squad – the last thing I want to do is pick a squad and then have half a dozen players pull out.” 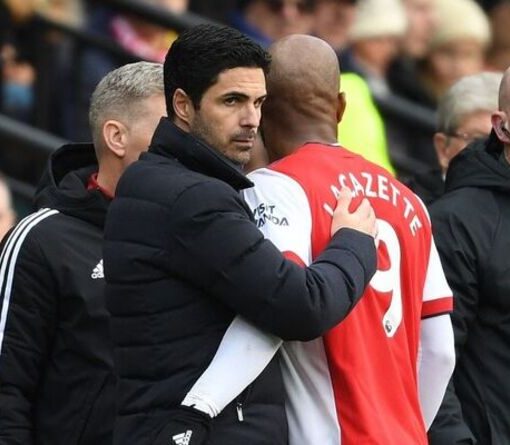 For the first time a fuller picture is emerging of the anguish, the collective uncertainty and the other tangled emotions felt by […]