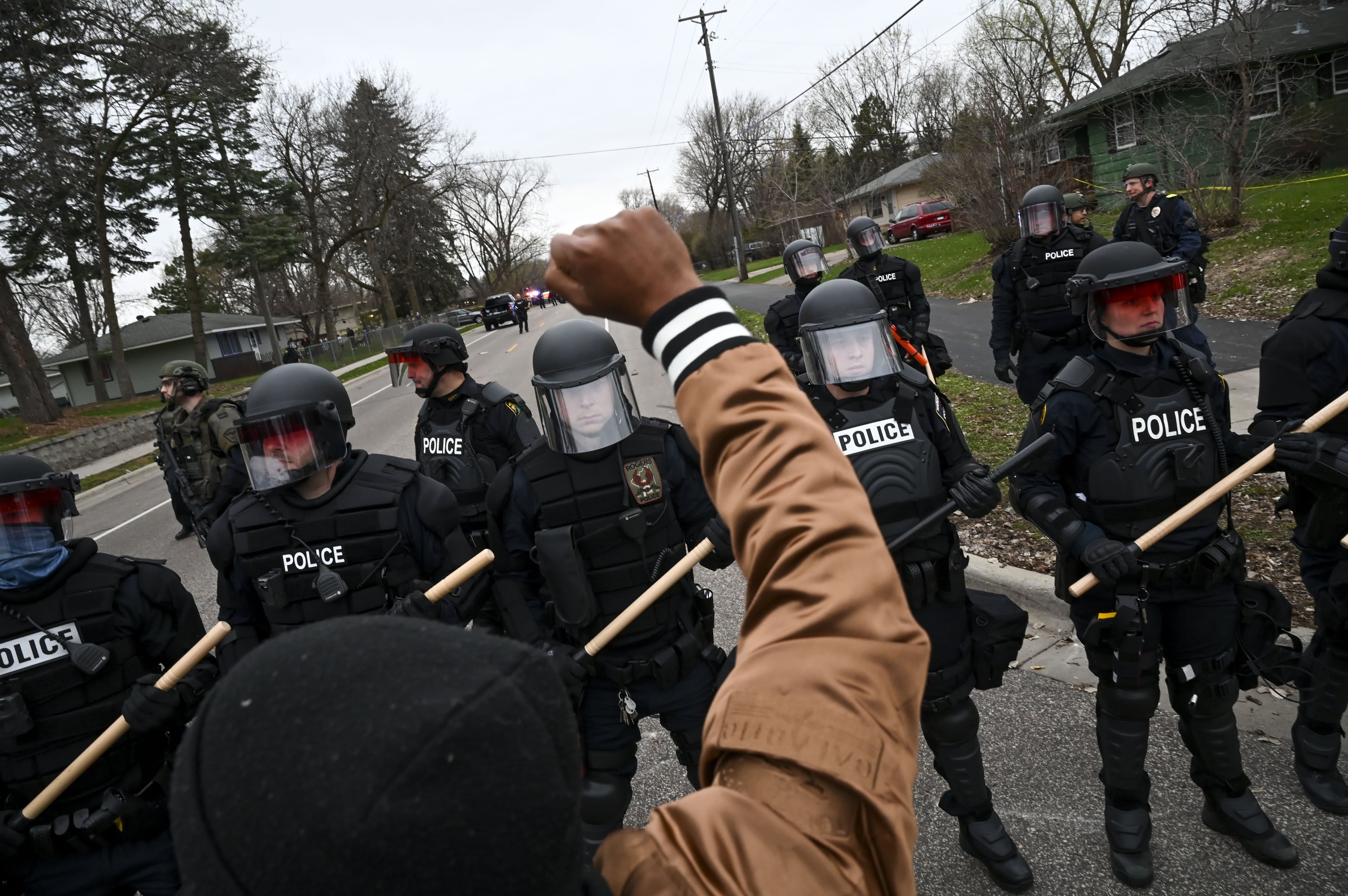 BROOKLYN CENTER, Minn. — People confronted police in the streets Sunday after the death of a man who was shot by an officer about 10 miles from where George Floyd died in Minneapolis, a witness said.

About 100 people, some visibly upset and one carrying a sign declaring “Justice for George Floyd,” confronted police in riot gear after an officer shot a man in his car in Brooklyn Center, a Minneapolis suburb.

At one point, police fired rubber bullets, hitting at least two people in the crowd, and bloodying at least one, according to the witness. Some in the crowd dispersed as police appeared to be readying to use tear gas on protesters, although none was deployed.

Police cars were pelted with stones and rocks, the witness said, while Twitter video from a Minneapolis Star Tribune reporter showed people jumping up and down on the hoods and roofs of the vehicles.

The dead man was named by relatives on the scene as Daunte Wright, 20, according to the Star Tribune.

In a news release, the Brooklyn Center Police Department said officers pulled over the driver for a traffic violation just before 2 p.m., and ascertained he had an outstanding arrest warrant.

As police tried to arrest him, he re-entered the vehicle. One officer fired their weapon, striking the driver, police said. The driver drove several blocks before striking another vehicle and died at the scene. Police say both the officers’ body cameras were activated during the incident.

Tensions in the Minneapolis area are extremely high as the murder trial of Derek Chauvin, a white former Minneapolis police officer captured on video kneeling for nine minutes on the neck of Floyd, a 46-year-old handcuffed Black man, enters its third week on Monday. 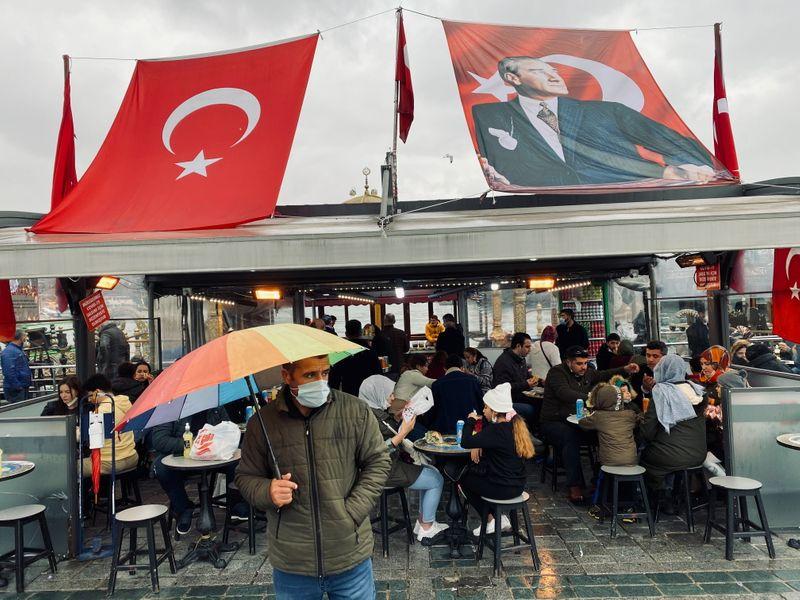 FILE PHOTO: Man wearing a protective mask stands in front of a fish and bread restaurant, amid the spread of COVID-19 in […] 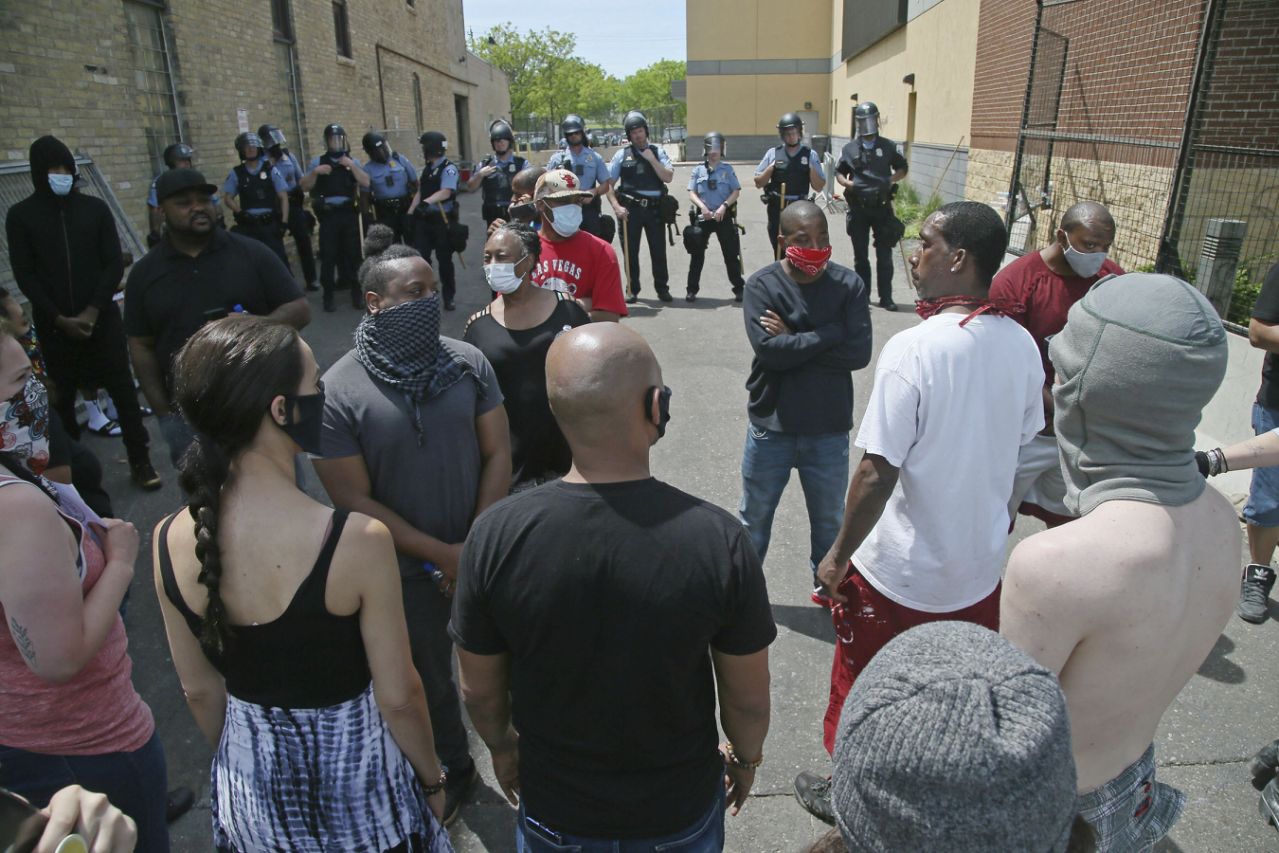 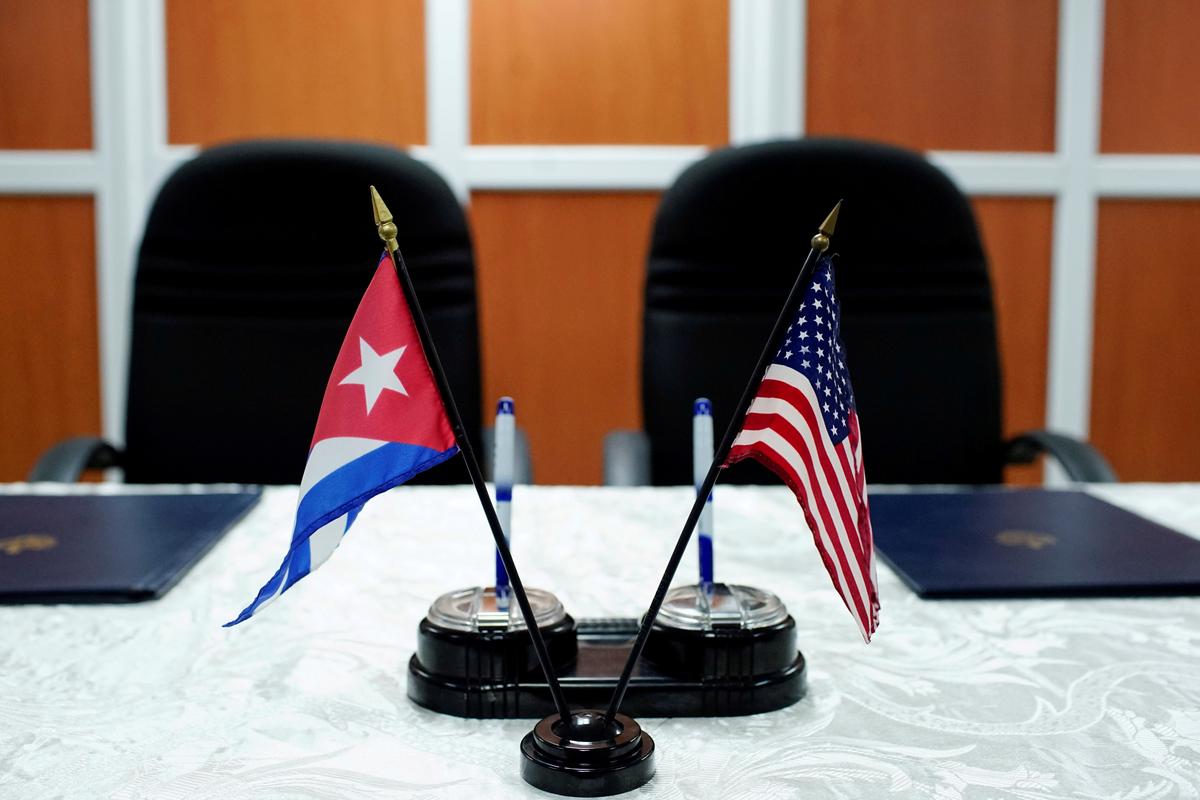 WASHINGTON/HAVANA (Reuters) – The Trump administration will allow lawsuits in U.S. courts for the first time against foreign companies that use properties […] 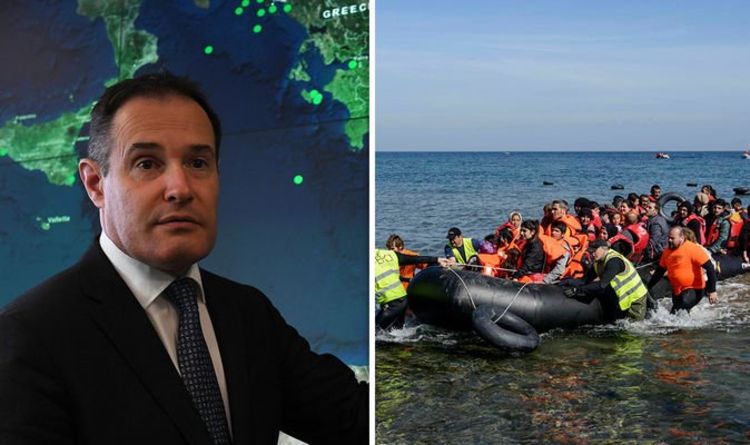 Frontex, the European Border and Coast Guard Agency, said there are 5,000 fewer border officials than the amount declared by EU member […]