Gambling, infidelity, moving away from a shared religious faith. These topics, once hidden behind closed doors, are now discussed openly as couples choose to broadcast their relationships on podcasts.

On “Marriage and Martinis,” a New Jersey pair describes getting to the brink of divorce, propelled by the husband’s trips to Atlantic City. On “Black Millennial Marriage,” a couple share their grief over a miscarriage and its lasting repercussions. The couple on the “IMbetween Podcast” talk about troubles with in-laws.

Podcasts have exploded in popularity in recent years, and now dozens of them are hosted by married couples who offer bracingly honest conversations about the challenges of long-term partnership.

The hosts say that podcasting serves as a form of couples therapy, forcing them to pay attention, confront problems head on and spend quality time together. They also hope to help others feel less alone by bringing up issues that are often couched in silence.

Most of them knew little about creating a podcast before they plunked down a few hundred dollars for equipment and pressed record. The couples typically don’t rehearse or even edit much, which gives their work an off-the-cuff feel (as does the fact that they often record at home, with dogs barking in the background and children barging in).

Randie and Mikey Chapman, who live in Atlanta and have been married for five years, followed through with plans to start a podcast about their relationship in 2018, even though Ms. Chapman had just endured a miscarriage.

“A lot of couples break up after loss,” said Ms. Chapman, 28, who produces and edits their show, “Black Millennial Marriage.” “It was really a project for us to stay together.”

On the fourth episode, recorded a month after the miscarriage, the couple’s grief was palpable. “We literally left the house pregnant and came back home not pregnant,” Ms. Chapman said. She described listening to her husband crying in the kitchen, which, she said, “allowed me to take a step out of my grief to go console him.”

Recording the episode was painful for the couple, but they hope it lifts the veil on a subject often shielded in secrecy and shame. After it aired, Mr. Chapman, 30, said his mother talked to him about her own pregnancy losses — “a conversation,” he noted, “that I never would have had” otherwise.

You can hear the couple’s affection and pain when they explore stressors on their marriage, like the lingering effects of his absent father and their financial struggles. There are times when each spouse breaks down in tears, along with moments of laughter and good-natured teasing, usually punctuated by an “I love you” from Mr. Chapman. Listeners shared their joy when, a year after her miscarriage, Ms. Chapman gave birth to their daughter, Drew, now 2.

Many conversations happen for the first time as they record, like when Mr. Chapman revealed that he felt like a bad father because he spent long hours as a Lyft driver after Drew’s birth.

Allan and Kattie Mount, who host the show “Marriage on a Tightrope,” live in Salt Lake City. They grew up in the Mormon Church, met on a church mission in Spain, and were married in 2004 when they were in their early 20s. But after four children and 13 years of marriage, Mr. Mount, a sales director, began to question his religious faith.

In the first episode, the couple described the most fraught moment of their marriage: when he first revealed his doubts to her. “You do know that if you leave the church, I’m going to leave you,” Ms. Mount, 40, said. At that moment, Mr. Mount, 39, resolved to hold off on exploring his doubts. “I shut it down,” he said. “I was not willing to move forward because I was not willing to risk, or put at danger, our family.” He set his doubts aside for a while but could not disregard them.

Doing a podcast about their struggle was Ms. Mount’s idea. “I have felt very alone because my family didn’t know where we were at,” she told listeners on the show. “I didn’t feel like there was anyone I could turn to.”

In the three years since the podcast started, they have had lunches, dinners and potluck gatherings with hundreds of listening couples and encouraged others to get in touch. (Their gatherings have moved online during the pandemic.) While most listeners are Mormon, the couple hear from Scientologists, evangelical Christians and Jehovah’s Witnesses struggling with the effects of a loss of faith.

Ms. Mount told her husband in the first episode that she was “terrified” about their future, but in later episodes they arrived at a middle ground. He is now an atheist but still accompanies the family to church. She is fine with him drinking coffee, a forbidden activity for Mormons.

“When the ground settles, you find that you’re in a marriage that is much stronger because you’re forced to talk about these difficult topics and work through them,” he said, “and in the end you are choosing each other despite the pain.”

[Sign up for Love Letter and always get the latest in Modern Love, weddings, and relationships in the news by email.]

Daniel and Christina Im host the “IMbetween Podcast.” Mr. Im, 35, is a pastor at Beulah Alliance Church in Edmonton, Canada, and Ms. Im, 37, is a stay-at-home parent who home-schools their children (ages 11, 10 and 6).

Episode 3 of their show is titled “How to Not Hate Your In-Laws.” Ms. Im has had a tense relationship with her mother-in-law, which stemmed from Mr. Im’s mother asking him if Ms. Im had plastic surgery.

“Stupid as I was, I shared that with you,” he said. “Yeah, you shouldn’t have shared that,” she replied. “I was really offended. I was really, really hurt.”

Ms. Im described how, after talking to a counselor, she learned to reframe her interactions with her mother-in-law, realizing that “a lot of the issues stemmed from me needing to people please.”

Mr. Im initially regretted posting the episode, which led to an uncomfortable conversation with his mother, but “in hindsight, I’m so glad we did,” he said. They went on to record two more episodes on “learning to love your in-laws.”

LaShaude and Dorianna James are high school sweethearts who live in San Antonio, Texas, and have been married since 2014. Their discussions on “Young Black Married Christian,” which they started in 2018, span subjects like negotiating budget conflicts and how they overcame infidelity.

“It’s a healing process we are still going through,” Ms. James said. She sometimes feels awkward revealing such personal experiences on air, but the couple, both 29, think it’s important to demonstrate that a relationship can survive cheating.

“You hear that whisper that if you just divorce, it will make all the pain go away,” said Mr. James, who works in a family business, the tutoring center Mathnasium, with his wife. “We want to share our story to help people know that on the other side of that pain there is healing and a healthier relationship.”

The couple quote from passages in the Bible to show how their capacity to forgive stems from their faith.

On “Marriage and Martinis,” Danielle and Adam Silverstein, both 43, are frank about a host of personal issues — their sexual kinks, her obsessive compulsive disorder, his drinking — but what stands out the most are the full-on fights they have on air.

In an episode exploring the never-ending mental to-do list that wives and husbands carry, she complained about the time he took the towels out of the dryer and dumped them on top of the machine instead of folding them.

“Why do I have to fold the towels?” she asked. He replied, “Why do I have to make sure we have enough oil to heat the house — on my day off?” What followed was 20 minutes of back and forth — peppered with cursing, yelling and tears — as the fight escalated. After they cooled off, she said, “I think we’re going to end this and go play pool and have a drink and love each other and know we’re in it together.” 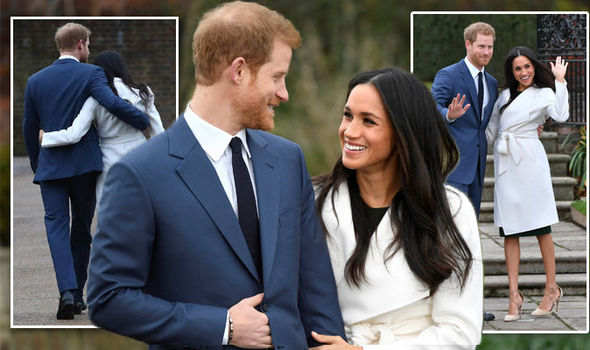 Meghan Markle, 36, and Prince Harry, 33, are engaged, Clarence House revealed this morning in a Twitter announcement. The couple’s relationship has […] 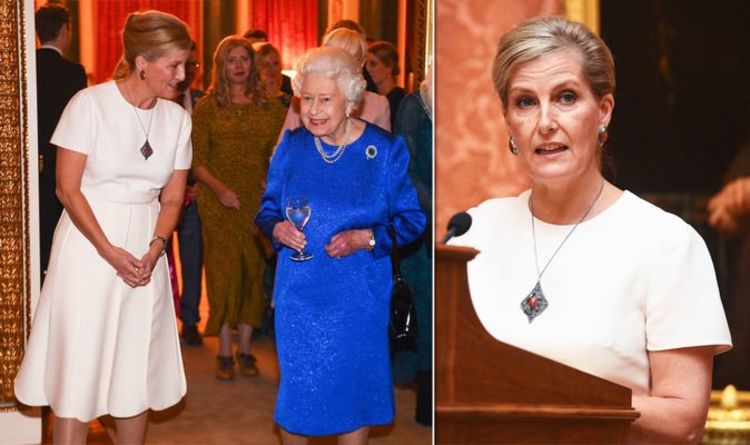 Sophie Countess of Wessex wore a white dress tonight with a pretty pleated skirt and a large ruby necklace. She joined the […] 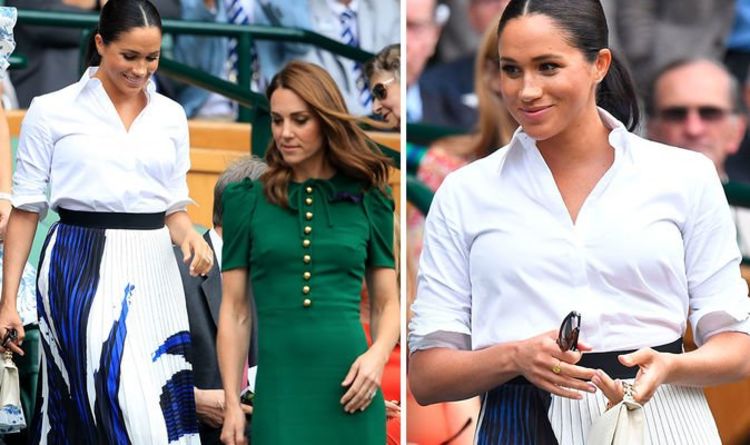 Meghan Markle oozed classic Wimbledon glamour in a white ensemble as she attended the finals today, The Duchess of Sussex wore a […] 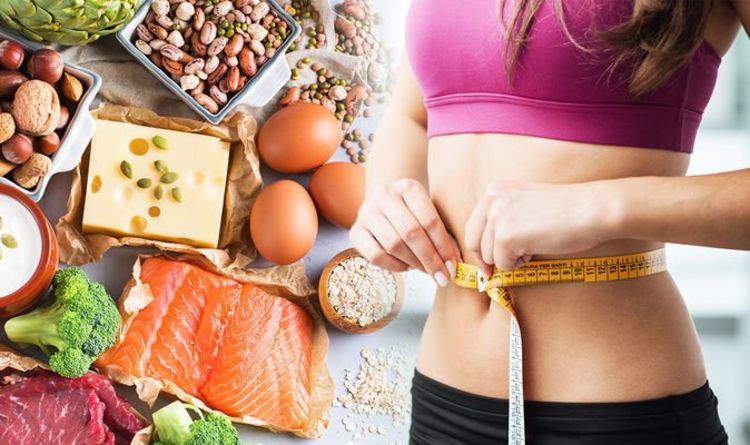 Weight loss goals are not easy to reach but there are plenty of diet plans available offering results. Adding more protein in […]