A new study reveals many of the world’s marine mammals are at a crossroads – some are on the verge of extinction, while others are on the road to recovery.

A team from the University of Exeter investigated the status of 126 species that includes whales, dolphins, seals, sea lions, manatees, dugongs, sea otters and polar bears, and found at least 25 percent are classified as threatened.

The analysis determined the near-extinct vaquita porpoise and the critically endangered North Atlantic right whale are among those in greatest danger.

The published paper also notes that 98 percent of all marine mammal species are at some level of risk in 56 percent of the ocean.

Following this detailed review, researchers determined the shocking declines are a result of climate change, fisheries, pollution and other forms of human activity. 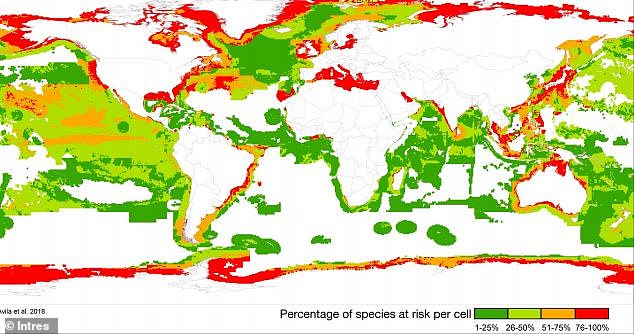 Of 126 marine mammal species at least 25 percent (dark green) are on the path of extinction. The red areas of the map show where the most threatened mammals reside

The international research team led by the University of Exeter highlights conservation measures and research techniques that could protect marine mammals into the future.

Dr Sarah Nelms, of the Center for Ecology and Conservation on Exeter’s Penryn Campus in Cornwall, said: ‘We have reached a critical point in terms of marine mammal conservation.

‘Very few marine mammal species have been driven to extinction in modern times, but human activities are putting many of them under increasing pressure.

‘Our paper examines a range of conservation measures – including Marine Protected Areas (MPAs), bycatch reduction methods and community engagement – as well as highlighting some of the species that are in urgent need of focus.’ 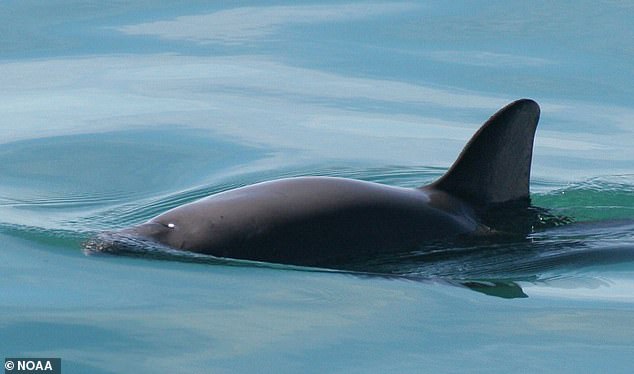 The published paper also notes that 98 percent of all marine mammal species are at some level of risk in 56 percent of the ocean. The analysis determined the near-extinct vaquita porpoise (pictured) is among those deemed most at risk

Although the study identified 25 percent species heading towards extinction, it also notes that 98 percent of marine mammal species are at some level of risk in 56 percent of the ocean, mainly in coastal waters.

The paper, published in the journals Endangered Species Research, details what is causing these animals to disappear.

Climate change, for example, is a threat to marine mammal species that depend on specific habitats to survive, such as polar bears and walruses that rely on sea ice.

The Arctic, which is home to those animals, is warming about twice as fast as the global average, causing ice that they depend on to melt away.

And a separate study released in 2020 warns polar bears could be wiped out as early as this year due to their diminishing habitats.

‘Marine mammal bycatch, i.e. the incidental capture or entanglement of animals in active fishing gear, is a critical yet seemingly intractable problem, and is currently the threat affecting the greatest number of marine mammal species worldwide (101 species recorded, but likely more), reads the study. 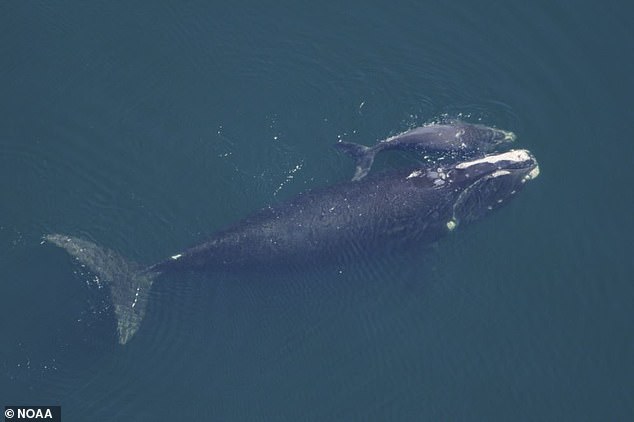 Following this detailed review, researchers determined the shocking declines are a result of climate change, fisheries, pollution and other forms of human activity. North Atlantic right whale (pictured) are among those in greatest danger

The next culprit uncovered to be powering the extinctions is pollution, which includes not only plastic and chemicals but also noise.

Noise pollution, depending on the impact range traumatizes behavioral responses and causes stress, which could lead to animals injuring themselves.

It can also overshadow ecologically relevant sounds like communication.

The study also determined that at least 42 percent of marine mammal species have been found to digest or become entangled with discarded plastic floating in the ocean.

The researchers say 21 percent of marine mammal species are listed as ‘data deficient’ in the IUCN Red List – meaning not enough is known to assess their conservation status.

This lack of knowledge makes it difficult to identify which species are in need of protection and what actions should be taken to save them. 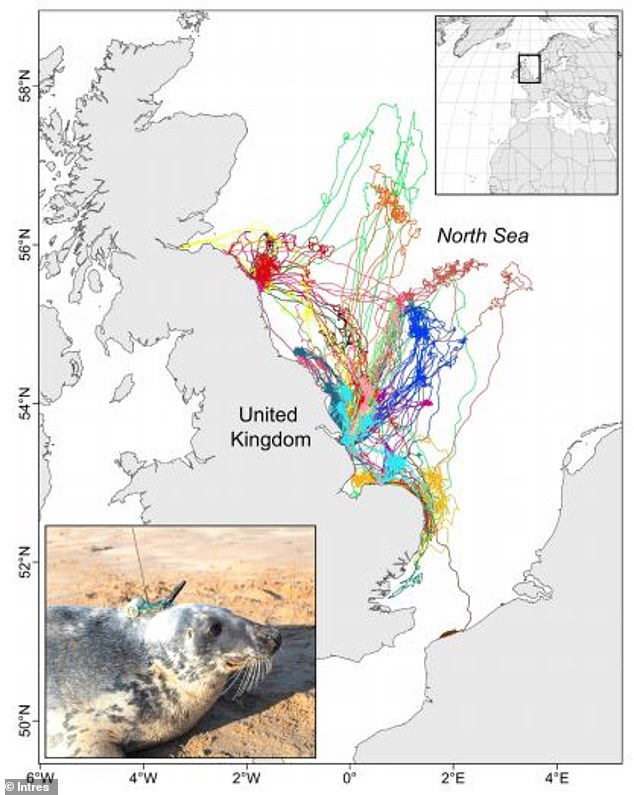 The scientists suggest using technology to track endangered animals could help them survive.  For example, satellite telemetry devices deployed on grey seals in the southern North Sea record and transmit data on their location, dive activity and haul-out behavior, which can be used to answer a range of questions relevant to conservation management 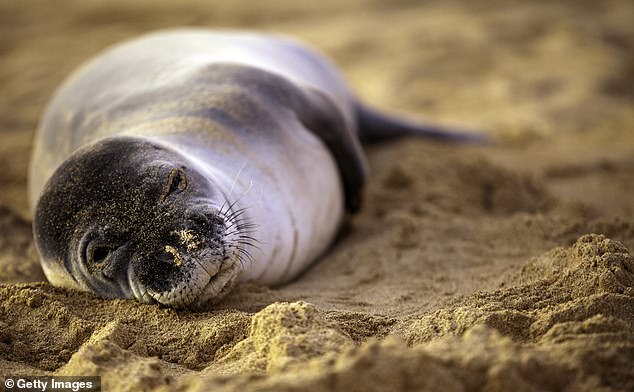 Using such technology and conservation methods have proved successful as ways to help some species to recover population losses. For example, monk seals (pictured) have a long history of overhunting, but those living in Hawaii have managed to increase the population in 2013 through 2015.

Professor Brendan Godley, who leads the Exeter Marine research group, said: ‘To continue conservation successes and reverse the downward trend in at-risk species, we need to understand the threats they face and the conservation measures that could help.

‘Technology such as drone and satellite imaging, electronic tags and molecular techniques are among the tools that will help us do this.

‘Additionally, sharing best practice will empower us – and this is why we are so proud to be part of such a large and international group for this project.’

Using such technology and conservation methods have proved successful as ways to help some species to recover population losses.

For example, monk seals have a long history of overhunting, but those living in Hawaii have managed to increase the population in 2013 through 2015.

The world has experienced five mass extinctions over the course of its history, and experts claim we are seeing another one happen right now.

A 2017 research paper claimed a ‘biological annihilation’ of wildlife in recent decades has triggered the sixth mass extinction and says the planet is heading towards a ‘global crisis’.

Scientists warn humanity’s voracious consumption and wanton destruction is to blame for the event, which is the first major extinction since the dinosaurs.

Two species of vertebrate, animals with a backbone, have gone extinct every year, on average, for the past century.

Currently around 41 per cent of amphibian species and more than a quarter of mammals are threatened with extinction.

There are an estimated 8.7 million plant and animal species on our planet and about 86 per cent of land species and 91 per cent of sea species remain undiscovered.

The number of invertebrates at risk has also peaked.

Scientists predict insects may go extinct within 100 years as a result of crippling population decline.

The dawn of the mass extinction coincides with the onset of the Anthropocene – the geological age defined by human activity being the dominant influence on climate and the environment. 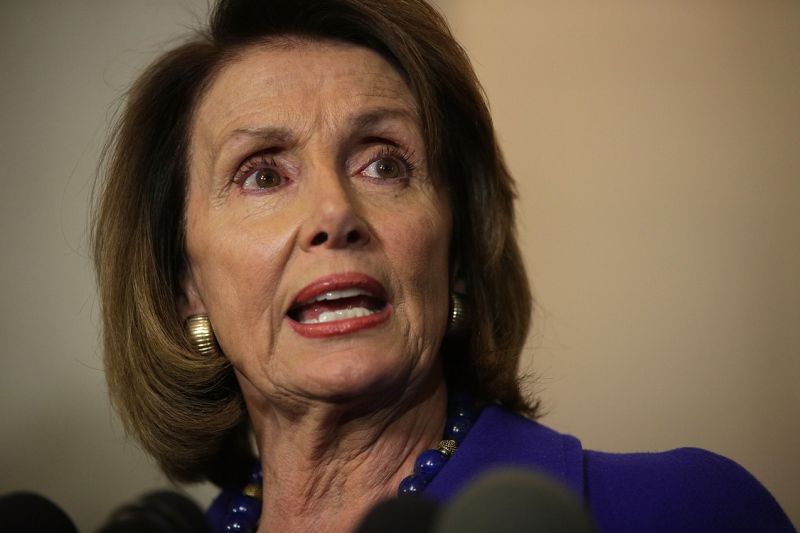 Nancy Pelosi: Impeaching President Trump Would Be a Waste of Time and Energy More Two days after a group of Democrats made […] 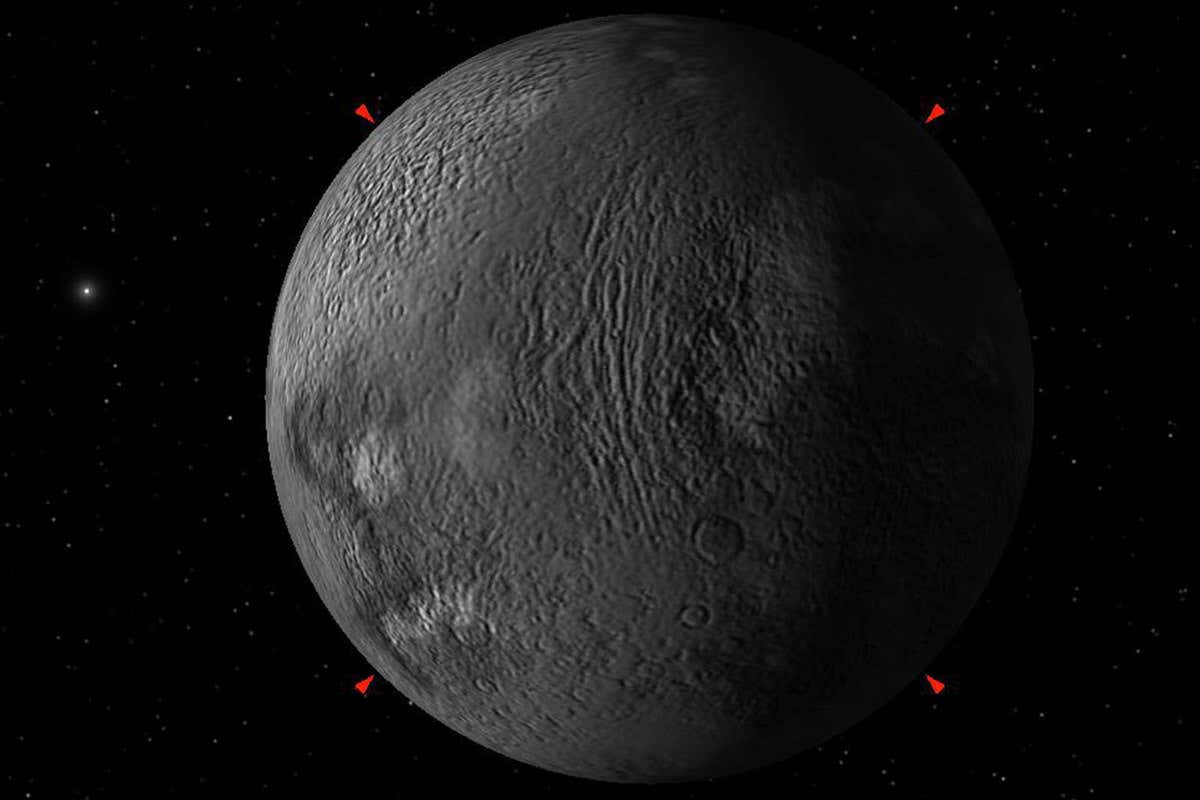 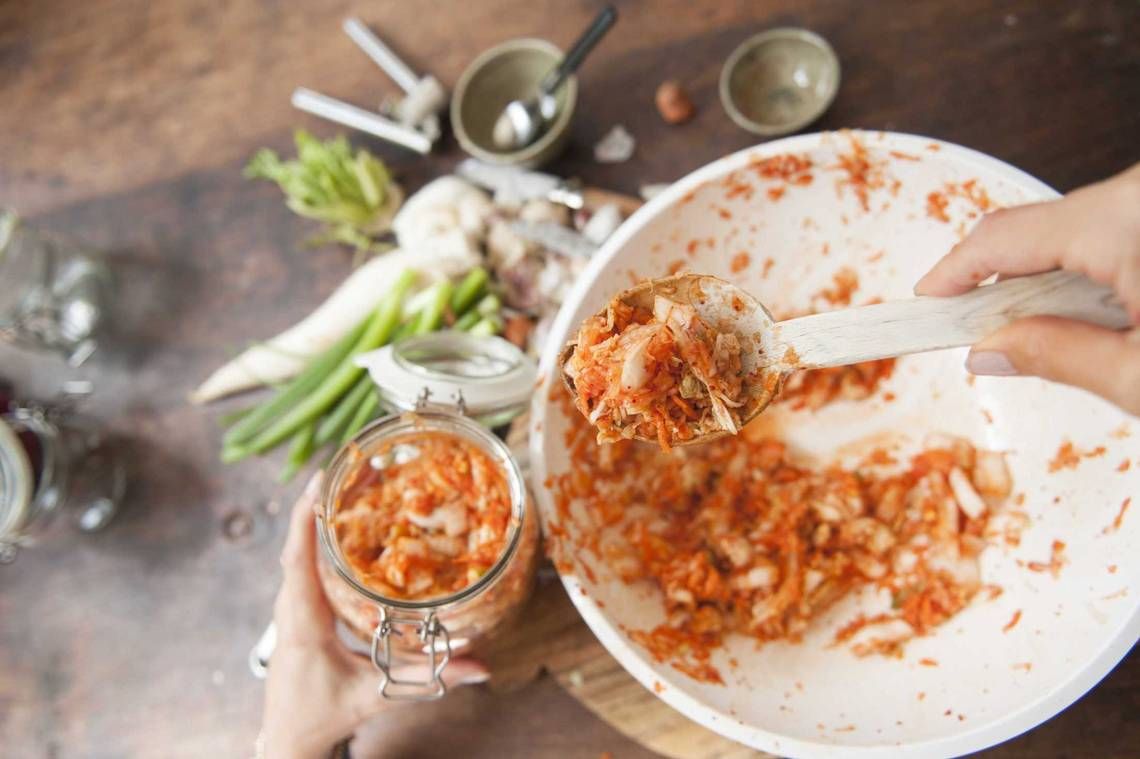 Bring us your sauerkraut and your kimchi, your tangy dill pickles and sweet red beets. It may be a take on Lady […]

“Mr. President, go after Russia because they’re coming after us” More Lindsay Graham said Sunday the Trump administration “is slow” when it […]