Bill Belichick’s response to the New England Patriots’ first losing season in two decades was always going to be bold.

Maybe he would move up in the draft to grab his preferred quarterback. Perhaps he could engineer a trade for Russell Wilson, Deshaun Watson, or Matthew Stafford. But this? Handing out more than $160m in free agency in order to conjure up a competitive roster? It feels antithetical to everything Belichick has practiced and preached over the course of the Patriots’ dynastic run.

Winning is a drug. And the Patriots are addicts. “We’re not in the business to be in business,” Patriots owner Robert Kraft told Peter King’s Football Morning in America column this week. “We’re in this business to win”.

Signing veteran players to big-time, free-agent contracts has long been fool’s gold. You only need your hands and a couple of toes to count the number of big-ticket signings that have really moved the championship needle. Sure, you can find excellent players. And yes, the best teams explore all three avenues – the draft, trades, and free agency – to build a Super Bowl-caliber roster. But the key to roster construction is finding players at value. Penning, as the Patriots have done in recent weeks, a league-average player to a multi-year, free-agent contract way above the positional average does more harm than good (Hello, Nelson Agholor).

Chucking money at the problem has never been Belichick’s way. Throughout his time in New England, he has waited for other teams to swamp the market with big checks before he hoovers up the afterthoughts. Daniel Snyder and Woody Johnson get to hold up the jerseys at press conferences; Robert Kraft gets to hold up the Lombardis at parades. “I do remember we always made fun of the teams that spent a lot in the offseason,” Kraft acknowledged this week. “So we know nothing is guaranteed, and I’m very cognizant of that.”

You can find some Belichick-ian logic in the new method if you look hard enough. The master strategist is all about targeting inefficiencies in the market. With the salary cap sinking for the first time in more than 10 years, most teams were tight on cash. The Patriots, however, were swamped with money to hand out – the $69m in cap room they entered free agency with was the third-highest in the league. With little competition, Belichick could cherry-pick the players he wanted from the top of the market for the first time since he stepped foot in New England in 2000.

By the time free agency is over, Belichick is expected to have handed out more than $170m in guaranteed money. As ESPN’s Mike Reiss pointed out, that’s more than Kraft paid for the team in 1994.

It’s not that New England have never spent in free agency. But this time there is more than a whiff of desperation: there is a ton of talent among the new signees, but not much value.

Even when adding big-money free agents in the past (Darrelle Revis, Stephon Gilmore to name two), it was to supplement a roster that was built largely through the draft or with cheaper signings. And, except for the earliest years, Belichick was operating with certainty at the most valuable position on the field; he had Tom Brady at quarterback.

Brady and the safety he provided are gone now, and the scattergun approach of this offseason is telling. For the first time since the midpoint of the Brady-Belichick partnership, the coach is using free agency to cover up a poor run of selections in the draft.

Only 18 of the Patriots’ last 42 draft picks are still on the New England roster heading into 2021. A bulk of that, as expected, comes from the past two drafts. Only four players remain who were selected in the drafts between 2016-2018. To put that in context: there are as many Patriot draftees from those three drafts (four) on Miami’s current roster as there are on New England’s.

Dig deeper and it gets worse. Of the 18 draft picks still on the roster, only six played more than 50% of their unit’s snaps in 2020: Isaiah Wynn, Ja’Whaun Bentley, Chase Winovich, Michael Onwenu, Kyle Dugger, and Deatrich Wise Jr. Of those six, two can be considered real difference-makers (Wynn and Onwenu), two as reliable starters (Winovich and Wise Jr) and two as solid depth/rotational options (Bentley and Dugger). Out of 42 picks, that’s an awful rate.

To help hide the mess, Belichick decided to splurge on the veteran market. So far this offseason, the Patriots have added 13 players while re-signing a further eight. The signings cover each and every position group – including bringing back Cam Newton at quarterback rather than exploring other veteran options.

There is a reason Belichick opted to spread the wealth: the team isn’t good enough. Last season’s 7-9 record was not just about iffy quarterback play, costly injuries, and Covid holdouts. The backbone of the roster was poor, and it was exposed. The fancy metrics paint a picture of a team more in line with those that finished with four or five wins rather than seven.

Belichick’s response: I can’t solve this in-house; I’ll have to look outside.

It’s not often a winning strategy. As Peter King highlighted in his column this week, here are the five teams that spent the most in free agency between 2017-2020 and their corresponding regular season record over that period:

On the surface, it’s a who’s-who of the NFL’s joke franchises. The Bills stand out as the exception; the Brandon Beane-Sean McDermott axis has built what looks like a sustainable winner in Buffalo. The Browns have improved over that timeframe, too, although the team’s best moves have come in the draft rather than spending money on free agents.

The core issue with the Patriots’ plan: they still have holes at the two most valuable positions in the sport – quarterback and cornerback. Either could be addressed in the upcoming draft, but it’s asking an awful lot of a rookie to walk into the building at the level needed to compete for a championship, and Belichick’s recent draft record isn’t exactly sparkling.

There are times to spend. You can make a better case for the Giants’ recent spending spree than New England’s. However delusional it winds up being, David Gettleman, the Giants GM, believes he has a long-term quarterback in Daniel Jones. If ever there is a time to bet on a young quarterback, it’s in year three, when he is still on a rookie deal. You understand the strengths and weaknesses of your most important player. You’ve been able to add more youngsters through the draft. By year four, the Giants will need to decide whether to hand Jones his fifth-year option or a long-term deal. Best to give him all the toys possible in order to accurately make that evaluation.

So it’s easier to build a path to reason for the Giants spending $68m in 36 hours. For the Patriots, it feels like a franchise chasing its tail. Like a team trying to pay its way out of past mistakes.

But Belichick’s career is on the clock, too. He is 68. It wouldn’t be a stunner if he walked away at the end of next season or the season after that. Winning one more title is all that matters, not the health of the Patriots cap sheet in 2025.

History tells us that spending a ton of money on mid-career players in March leads to nothing but disappointment. And then you remember that we’re talking about Bill Belichick, the most ruthless exploiter of market inefficiency in NFL history.

Maybe – just maybe – he will outsmart the room one final time.

England batsman Jason Roy has passed a concussion test after being hit in the nets before the third Ashes contest at Headingley. […]

Andros Townsend has applauded Danny Rose’s “bravery” in revealing his true feelings about racism and, following a shameful weekend for English football, […] 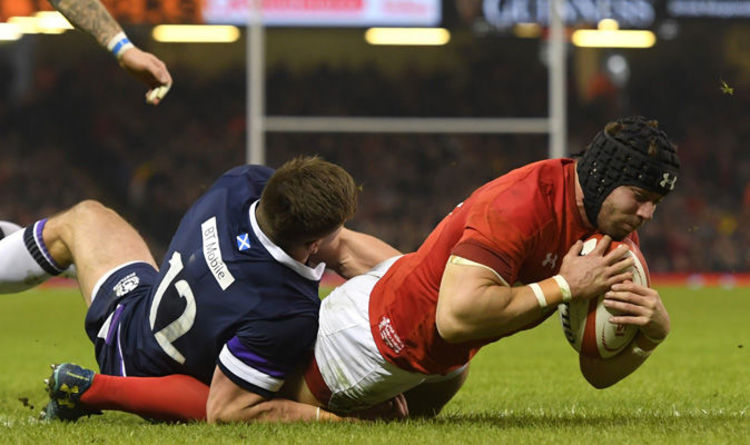 Scotland made the brighter start, Jonny Gray rampaging into the Welsh 22, only to be the masters of their own downfall inside […]