The former Cardiff City midfielder Peter Whittingham died after falling down stairs at a pub following a drunken “play fight” with friends, an inquest has been told.

Whittingham, 35, suffered a traumatic head injury at the Park Hotel pub in Barry, Vale of Glamorgan, on 7 March 2020, and died in hospital 11 days later after failing to regain consciousness.

The coroner’s court in Pontypridd, south Wales, heard the former England Under-21 international had gone drinking with his wife’s brother and a friend to watch last year’s England v Wales Six Nations match.

CCTV captured Whittingham engaging in “horseplay” with the pair in a corridor, before he appeared to lose his balance and walked through a fire door off-camera and fell down eight steps and hit his head just after 9.30pm.

Whittingham’s wife and mother to their two young boys, Amanda Whittingham, told the hearing he left home at about 3pm without eating since breakfast because he was in a “rush” to catch the game.

Whittingham’s brother-in-law Robert Williams said the pair and friend Ryan Taylor had been drinking lager, bitter and tequila during the afternoon and evening. But he said the evening was a “blackout”, and had no memory of the former footballer falling.

In a statement read to the hearing, Williams said: “I would say that we were all drunk by the night. I really cannot remember anything much of what happened.”

Williams said he found Whittingham lying at the bottom of the steps beyond a fire door in the pub’s corridor with his face to the side, and tried to lift him up only to find his body “limp”.

He made a second statement after police showed him CCTV from the pub’s corridor, in which he confirmed he is seen “messing about with Pete and Ryan” but still had no memory of the incident.

Mr Williams said: “I cannot remember any of the specific events of the play fight that is captured in the CCTV footage. I cannot remember being in the corridor and messing about with Pete and Ryan.

Taylor said he recalled people wanting to take photographs with Whittingham in the pub corridor, which led to steps taking guests to an external smoking area, but also said he had no memory of “play fighting” or Whittingham falling before he noticed him on the ground.

He said: “I walked over to him to offer my hand, thinking he would just take it and I would help him back up to his feet. When I looked more closely at Peter, I could see he wasn’t moving and something was wrong.”

Whittingham was taken to the University Hospital of Wales in Cardiff. Dr Christopher Hingston, an intensive care consultant at the hospital, said Whittingham had a Glasgow coma score of three – the lowest possible score and meaning he was completely unresponsive – during his admission.

Coroner Graeme Hughes said Whittingham had “consumed a quantity of alcohol that has likely impacted on his demeanour and steadiness” before he fell. He said: “During a period of horseplay with a friend and a relative he appeared to have lost his balance, travelled through or caused to open the fire door, fallen, and as he did so his head has come into contact with the steps. This has led to a traumatic head injury.”

The coroner recorded a conclusion of accidental death.

Whittingham began his career at his boyhood club Aston Villa and had loan spells at Burnley and Derby before joining Cardiff in 2007. He made more than 450 appearances for Cardiff before finishing his career at Blackburn in 2018. 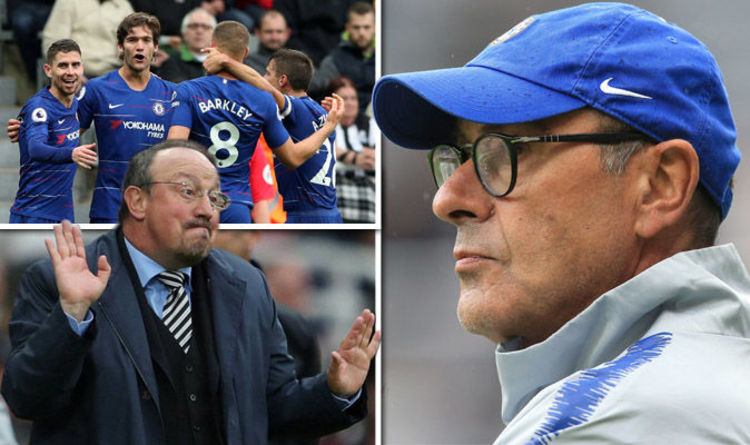 After a goalless first half, Eden Hazard fired Chelsea in front from the spot after Fabian Schar tripped Marcos Alonso in the […] 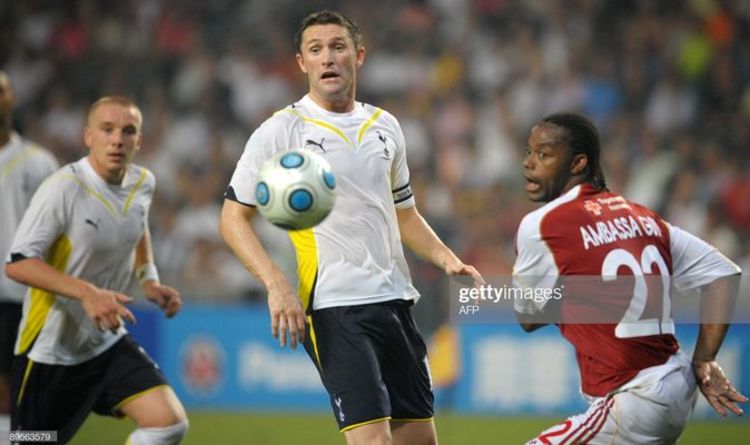 Robbie Keane is one of Tottenham’s greatest goalscorers of the Premier League era, but his former Spurs team-mate Jamie O’Hara has recalled memories of the […]

After losing to Novak Djokovic at the Australian Open, Federer injured his knee making a bath for his children. The Swiss star […]