The prospect of relocating the British & Irish Lions tour of South Africa to the UK and Ireland moved a step closer on Monday after the government’s announcement that bumper crowds may return to sporting events in June. A final decision is still not expected until next month but it is understood that a “home tour” has become a more enticing proposition for the Lions following the announcement.

Other options include pressing ahead with the tour in South Africa in July and August, almost certainly behind closed doors, relocating the tour to Australia, or postponing it, but the financial benefits that would come with home fixtures staged in front of significant crowds are obvious. Officially the Lions remain committed to a tour of South Africa, but that is fraught with difficulties given concerns over the South African Covid-19 variant and the prospect of empty stadiums.

If the home option is to materialise, however, there remain a number of significant obstacles to overcome – not least that the government’s announcement on Monday applies only to England. The Lions would hope to stage the three Tests against the Springboks in London, Cardiff and Dublin following a warm-up match against Japan in Edinburgh. An announcement by the Scottish government over lifting restrictions is due on Tuesday while strict measures are in place in Ireland until at least the end of April.

The English road map out of Covid-19 restrictions states that up to 10,000 supporters will be able to attend sporting events from mid-May and that, subject to a review, all limits on large events may be lifted on 21 June – five days before the Lions are due to play the warm-up Test against Japan at Murrayfield. That date for easing restrictions is not guaranteed, however, so the home option is far from risk-free.

There would also be considerable opposition to staging a “home tour” among those who believe it would betray the tradition of the Lions, and the former captain Willie John McBride is one of many ex-players to voice his disapproval. But the alternatives also come with their own issues.

Playing behind closed doors in South Africa would be a soulless experience for an event that relies so heavily on the hordes of travelling supporters and postponing by a year is not considered viable with the home unions already having agreements in place for summer tours in 2022. Australia’s offer was initially welcomed but not considered viable and though that too has more recently become more attractive with the prospect of big crowds, the major stumbling block remains the requirement to quarantine on arrival. 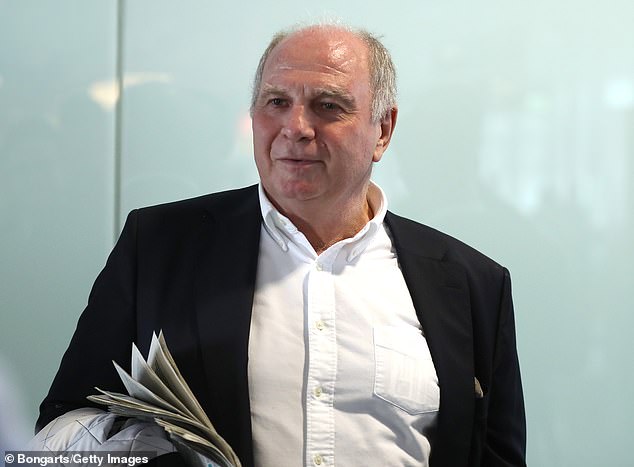 ‘The verdict was a clear slap in the face for UEFA’: Former Bayern chief Uli Hoeness criticises CAS decision to overturn Manchester […]